Skip to content
Archbishop Richard Smith presents Austin Mardon with his diploma of the Pontifical Order of Pope Saint Sylvester. Austin and his wife Catherine received the honour for their work with the disabled and mentally ill.

An Edmonton couple who are passionate advocates for people with disabilities and mental illness have received a rare form of recognition from the Vatican.

Austin and Catherine Mardon have been invested into the Pontifical Order of Pope Saint Sylvester, one of five Orders of Knighthood awarded directly by the pope. Archbishop Richard Smith presented them with their Latin-inscribed parchment diplomas of membership on Dec. 21.

Austin himself was a promising young scientist when he was diagnosed with schizophrenia 25 years ago. Since then, he has worked to dispel the myths and misconceptions around the disorder, delivering some 600 speeches across Canada and abroad. He currently serves as an adjunct professor of psychiatry at the University of Alberta.

Catherine Mardon has been honoured for her work with the disabled and the mentally ill.Chris Jugo/Grandin Media

Catherine is a retired lawyer who became an advocate for the disabled after suffering an injury that left her with disabilities.

The two have a wide network of friends in the disabled community, and they have adopted and fostered disabled children themselves. The Mardons are well known for opening their home to all for barbecues and Thanksgiving and Christmas parties.

Archbishop Smith noted that the Mardons had been recognized for their service before – Austin is a member of the Order of Canada – but this honour was special.

“It’s even more fitting because what Austin and Catherine do is borne of their faith,” he told a small group of friends gathered for the presentation in the chapel of the archdiocesan offices.

“Pope Francis is really insistent that we be people of service towards those who are otherwise forgotten, not noticed, left on the peripheries, and sometimes that characterizes those who suffer from mental illness. So it’s particularly appropriate that you receive an honour on behalf of the Church, particularly in the pontificate of Pope Francis, who is so dedicated to communicating our need as a Gospel people to be people of service, to be people of mercy, who manifests that himself and calls us to that particular way of living the Gospel.”

Membership in the Order of St. Sylvester is intended to honour Roman Catholic lay people who are actively involved in the life of the Church, but it may also be conferred on non-Catholics. Members of note include Oscar Schindler, the German industrialist who saved the lives of hundreds of Jews during the Second World War, and the Aga Khan, the wealthy philanthropist and spiritual leader of the Ismaili Muslims.

Austin and Catherine were awarded the ranks of Knight Commander and Dame Commander respectively, the third highest ranking in the order. They are the only members of the order in the Archdiocese of Edmonton. Today there are few particular privileges associated with membership, but one that does remain is permission to ride a horse in St. Peter’s Square – something Austin didn’t think they’d be doing anytime soon.

Media interviewed newly knighted Austin and Catherine Mardon after they were inducted to the Order of St. Sylvester on Dec. 21

The Mardons were nominated for the honour by their pastor and several members of the community, but it was the Archbishop who forwarded the recommendation to the Vatican through the papal nuncio.

“We’re very, very proud of you, that this has been recognized by none other than Pope Francis himself,” Archbishop Smith told the couple. “And it’s a great joy for us today to surround you with our love and our support and our thanks and our esteem as we share this particular honour with you, in the name of the Holy Father.”

Austin said he was “flabbergasted” when he learned they would be receiving the honour.

“This is the kind of day I will remember for the rest of my life,” he said. “To be honest, for the group of people that I know, who have schizophrenia, it represents a gift to all of us from the pope.

“You have to understand that when I was diagnosed 25 years ago almost to this month with schizophrenia, I was told my life was over, that I would do nothing for the rest of my life … but God had different plans for me, and as a Catholic this really touches my heart.”

As he has on many public occasions, Austin used the opportunity to encourage those suffering from schizophrenia and other mental illnesses to comply with their doctors’ treatment, even though the side-effects can be difficult.

“Taking your medications properly, using the support of faith communities and the medical community together can build a life that otherwise would be ravaged by the effects of the disease I’ve controlled.”

He also thanked his wife for joining in his vocation to correct the misconceptions around schizophrenia and mental illness in general. “I’m very touched that we’re both getting it at the same time, because to be honest, I would be nowhere without her.” 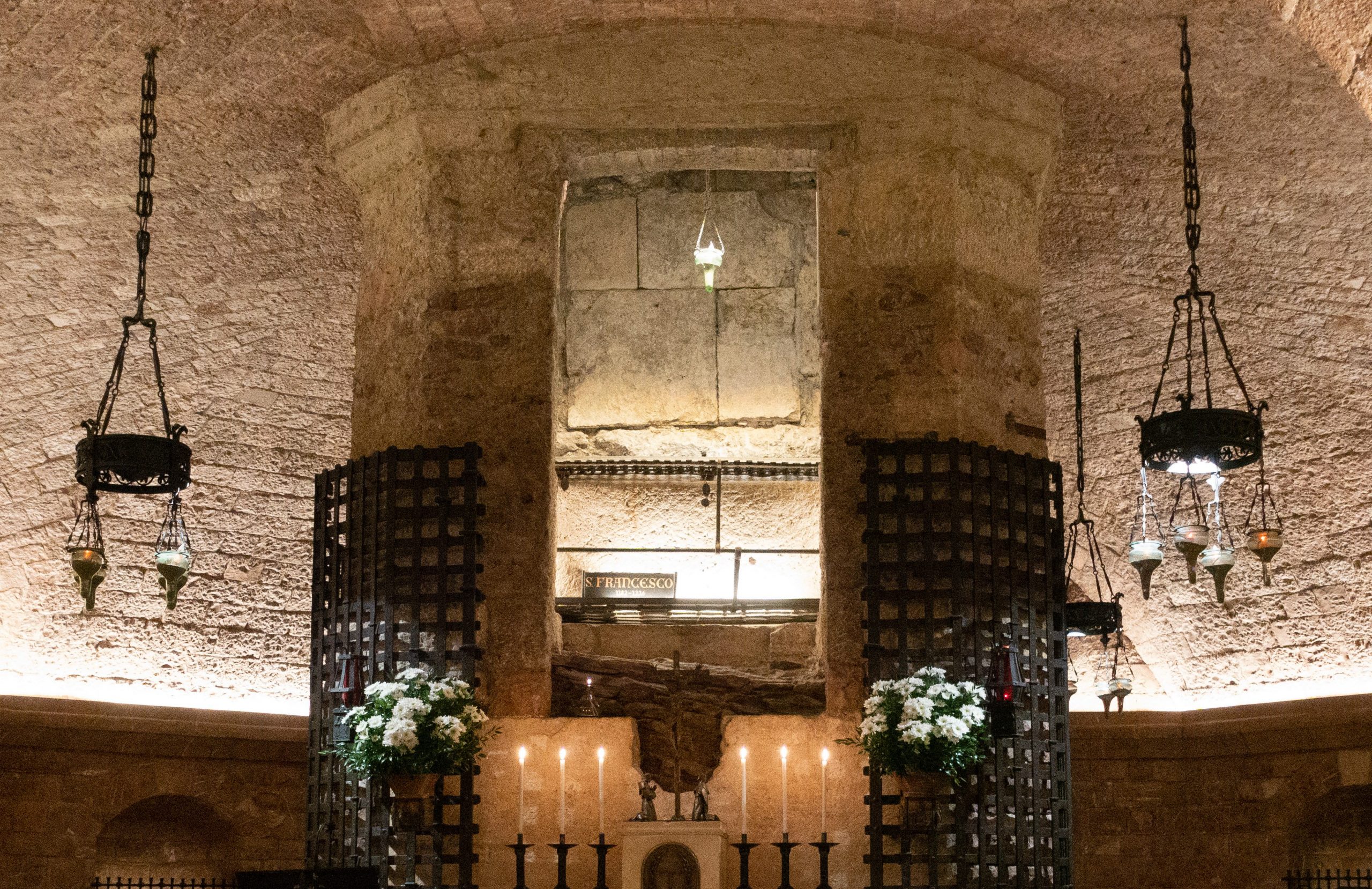 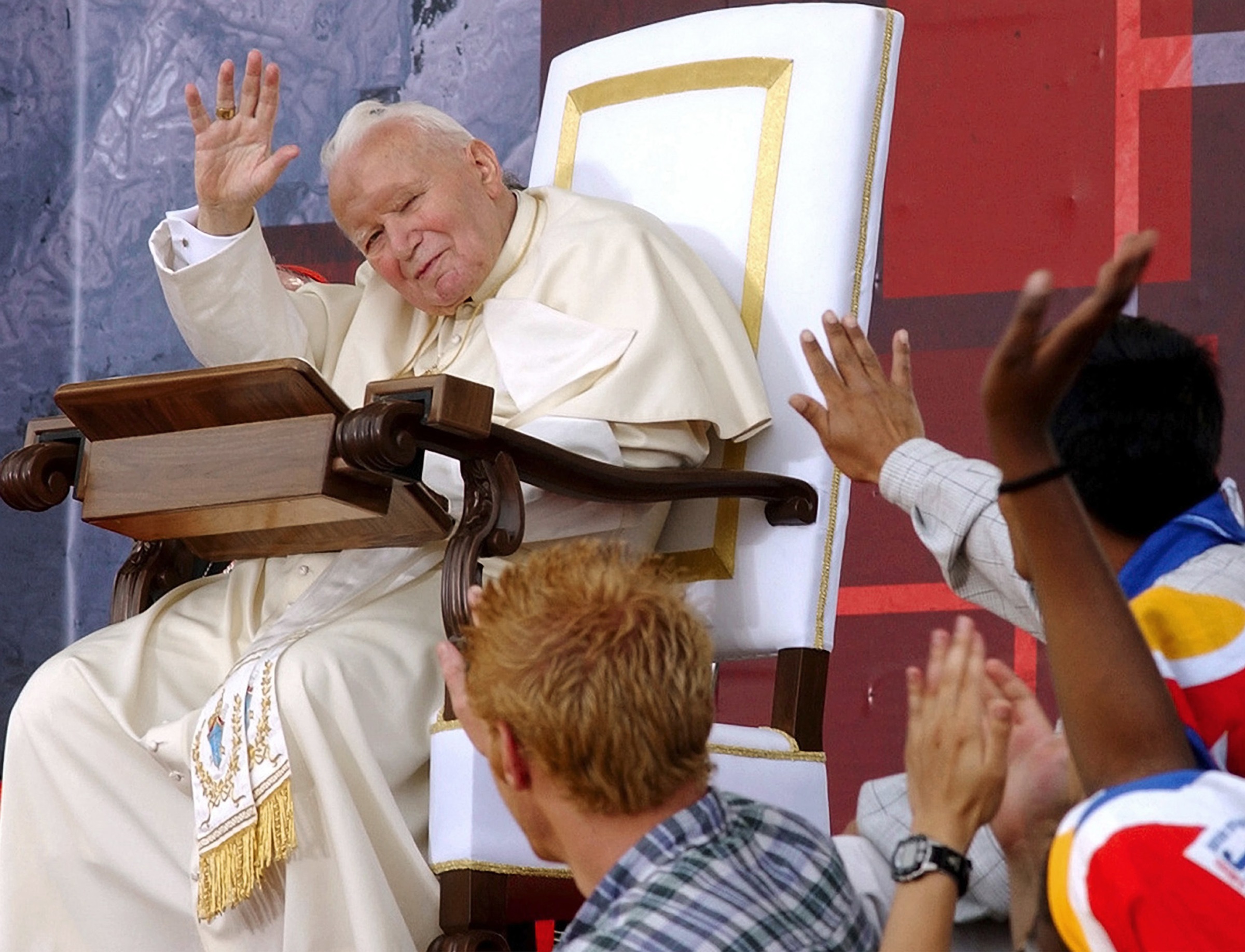