Skip to content
Pope Francis has named Rev. Jon Hansen, who was born and raised in Edmonton, as the new bishop of the Diocese of Mackenzie-Fort Smith.

SASKATOON – Pope Francis has named Rev. Jon Hansen, who was born and raised in Edmonton, as the new bishop of the Diocese of Mackenzie-Fort Smith.

Presently he is the pastor of Our Lady of Victory parish in Inuvik, N.W.T., and in the missions at Tsiigehtchic, Tuktoyaktuk and Paulatuk, all located in the Diocese of Mackenzie-Fort Smith. A Redemptorist priest, Hansen served for six years as pastor of St. Mary’s Parish in Saskatoon.

“I am very grateful to Pope Francis for this unique opportunity to continue serving the Church of northern Canada. It is a place that I feel at home and is filled with people that I love,” said Hansen.

“Though the call of the North was strong, the hardest part of going was saying goodbye to St. Mary’s parish and the wonderful Diocese of Saskatoon. It was there that I first became a pastor and it was there that I met so many faith-filled people that I still call friends. In the end I decided not to leave them behind but, instead, carried them with me in my heart.”

Fr. Jon Hansen was the pastor of Our Lady of Victory parish in Inuvik, N.W.T., and in the missions at Tsiigehtchic, Tuktoyaktuk and Paulatuk, all located in the Diocese of Mackenzie-Fort Smith.

The installation and ordination of the new bishop will be held March 16, 2018, in Yellowknife. Hansen succeeds Bishop Mark Hagemoen, who was installed Nov. 23 as the seventh bishop of the Diocese of Saskatoon. Bishop Hagemoen welcomed Hansen’s appointment on Dec. 15.

“With gratitude and excitement, we welcome the news of the appointment of Bishop-Elect Jon Hansen as the seventh bishop of the Diocese of Mackenzie-Fort Smith,” Hagemoen said.

Hansen first came to serve in the Mackenzie-Fort Smith Diocese in 2015 while Hagemoen was bishop.

“In the short time that Bishop-Elect Hansen has been in the North, he has demonstrated a pastor’s heart that guides everything he does,” said Hagemoen. “Hansen is also a capable administrator, which he has demonstrated in the parish and Arctic region, and as he has facilitated ministry and restoration projects in the resource-challenged region.”

Archbishop Donald Bolen of Regina said Hansen’s appointment will be a blessing for the people of Mackenzie-Fort Smith.

“It was a privilege to work closely with Fr. Jon when he was serving as pastor of St. Mary’s Parish in Saskatoon,” said Bolen, himself a former bishop of Saskatoon. “During part of that time, Fr. Jon also served as vice-chair of the Council of Priests. He was a great pastor, ready to accompany people, like a good shepherd.”

Bolen noted that during his time in Saskatoon, Hansen was also involved in the diocese’s reconciliation work with Indigenous Peoples, and with justice outreach in the neighbourhood of St. Mary’s Parish.

“By the grace of God, already then, Fr. Jon felt a keen desire to work with the people of the far North of Canada. His appointment is a great blessing for the people of Mackenzie-Fort Smith and for the Canadian Church,” said Bolen.

Rev. Mark Miller expressed the support and prayers of the Redemptorist community for Hansen.

“It is obvious that he has found his home. He has a great love for the people of the North, both those living there full-time and those who come and go. He is welcoming, hospitable, enthusiastic, has a great heart for the poor, and lives the Gospel in multiple ways in his community and in his communications about this corner of the Kingdom of God,” Miller said.

“He will make a wonderful bishop for the North because he loves the people and their world, and he is happy to be a part of it. He is a man of faith who speaks the Gospel primarily by what he lives. The Diocese of Mackenzie-Fort Smith will be greatly blessed!”

Bishop-elect Hansen was born in 1967 in Edmonton and raised in Grande Prairie. After high school he attended the Northern Alberta Institute of Technology and completed a diploma in building construction engineering. Returning for further studies, he completed a Bachelor of Arts degree at the University of Alberta.

He joined the Congregation of the Most Holy Redeemer (the Redemptorists), professing religious vows in 1998. He then studied at the University of St. Michael’s College, Toronto, where he graduated with a Master of Divinity degree in 2003. He was ordained to the priesthood in Grande Prairie on April 24, 2004.

According to the Canadian Conference of Catholic Bishops, the Diocese of Mackenzie-Fort Smith has 32 parishes and missions, with a Catholic population of 20,110.

Kiply Lukan Yaworski is the communications coordinator for the Diocese of Saskatoon. 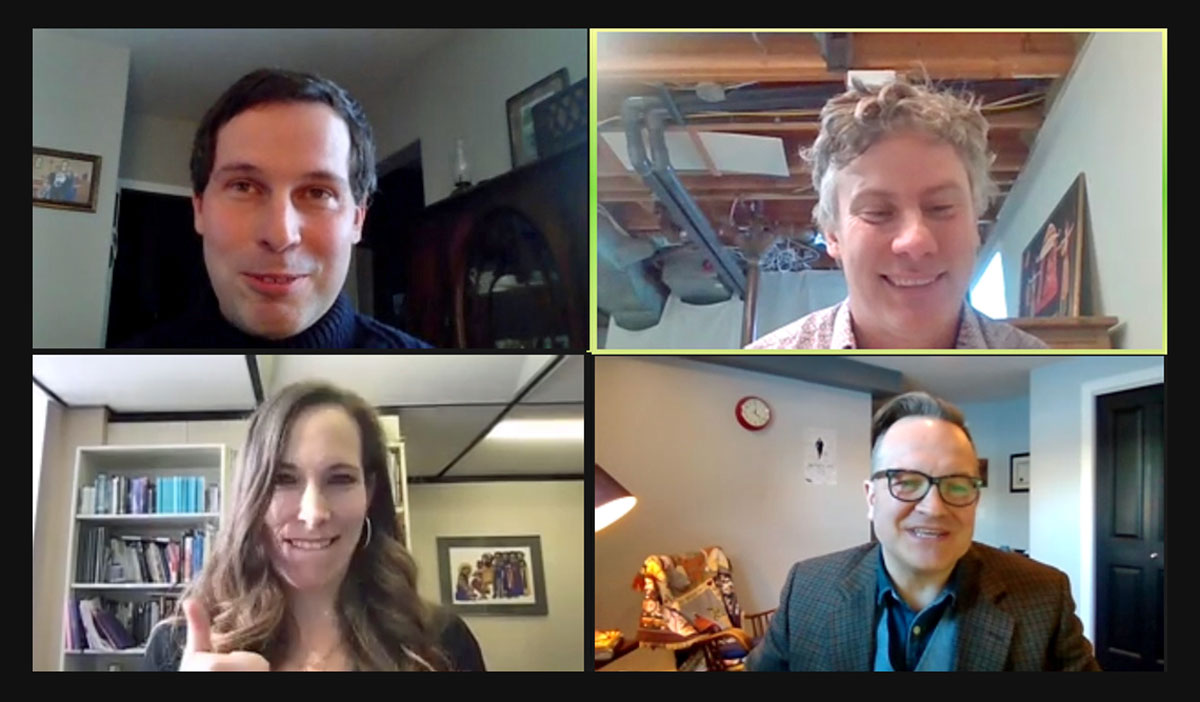