What’s the role of the deacon in the Church and is it still relevant?

Deacons have been a tradition in both the Anglican and Roman Catholic faith communities since the early days of both churches. Experts debated their future role at the International Anglican-Roman Catholic-Ukrainian Catholic Conference on the Diaconate, held May 10 – 13 at Campion College in Regina.

“It’s a privileged moment to have representatives from different Christian churches, most notably Anglican, Roman Catholic and Ukrainian Catholic, and the Eastern voice, to share their reflection on the diaconate. It will be exciting to watch where the seeds planted here will go,” said Regina Archbishop Donald Bolen, who co-chaired the conference with Anglican Bishop Robert Hardwick.

“I think it will strengthen our ecumenical partnerships,” Hardwick said.

“I belong to an order of preachers and have done some preaching, but I am not allowed to preach in a Catholic Church,” said Dominican Sister Gloria Marie Jones of Mission San Jose, Calif. Permanent deacons, however, can preach at Mass and administer some sacraments.

Much of this train of thought came up during a discussion about Pope Francis’ appointment of a Vatican Commission to look at the feasibility of allowing women to serve as deacons in the Catholic Church. Papers presented at the conference and questions from the audience suggested that many would consider it a positive change.

The debate was sparked by papers presented by a panel of experts. They included Deacon Maylanne Maybee, retired principal for the Centre for Christian Studies, a theological school for diaconal candidates in Winnipeg; and Subdeacon Brian Butcher of the Ukrainian Greek Catholic Church, a research Fellow with the Toronto School of Theology.

Sister Gloria said she welcomed the debate, adding she was “privileged to be a part of the conference,” and that her order would be interested in hearing of her experience.

Members of the audience questioned a panel of nine deacons on the substance of their views, and there appeared to be a sense that perhaps it was time to end the tradition and go directly to priestly ordination.

The panel included deacons from Canada, the U.S. and the United Kingdom, and representatives from the Ukrainian Catholic Eastern Rite churches. Among the panellists were Susanne Watson Epting, a deacon with the Episcopal Diocese of Iowa and former director of the Association for Episcopal Deacons in the United States. (The Episcopal Church is the U.S.-based member church of the worldwide Anglican Communion.) Others included Canon Alison Peden of the Scottish Episcopal Church, and retired Roman Catholic Deacon George Newman of the Diocese of St. Catharines, Ont.

In spite of the vigorous debate, organizers said it was a learning experience.

“We learned so much from each other, experienced each other’s worship and theology and came closer together, which is really what the ecumenical movement is all about,” said conference secretary Deacon Michael Jackson, who has served 41 years in the Anglican Diocese of Qu’Appelle, Sask.

Joe Lang, a Roman Catholic deacon for 20 years, felt reaffirmed in his ministry after listening and taking part in the discussions, and said he found it interesting to hear about the variety of ministries in all the faith communities.

Archbishops Bolen and Hardwick said the plan is to gather all the papers presented at the conference and publish them in book form.

Hardwick said, “The whole Church needs to hear what was said here.”

– Frank Flegel is a freelance writer based in Regina. He was a reporter for the Prairie Messenger from 1997 until the newspaper’s closure this year. 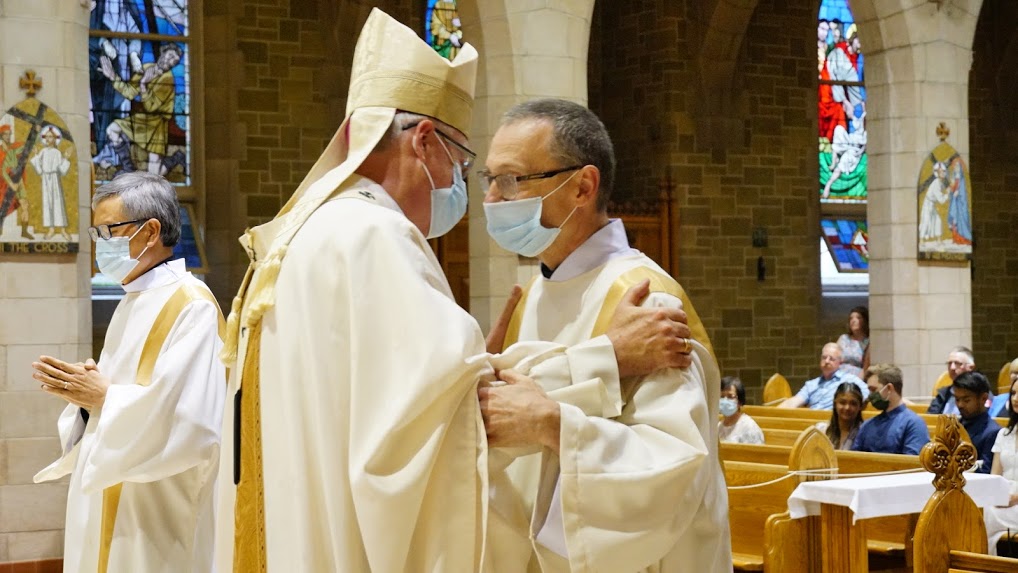