At the heart of every culture is its cult. Cult includes what is worshipped, what is placed at the centre of communal life, what is deemed worthy of the greatest exertions of talent and treasure.

The decision of Pope Benedict to personally consecrate the basilica of the Sagrada Familia (Holy Family) in Barcelona Nov. 7 highlights how architecture is a privileged expression of culture. We build the buildings and then the buildings build us.

The Sagrada Familia is an enormous shrine conceived by the architect Antoni Gaudí at the end of the 19th century. A saintly man who has been proposed for canonization, he lived in austere simplicity on the building site for the last 15 years before his death in 1926. The immense work has continued to the present day, and there is still another decade or more of work before it is entirely finished.

Gaudí took a novel approach in his design, but remained within the tradition of great churches, interpreting the tradition in a new way. Thus the Sagrada Familia, as the Catholic pilgrim would put it, looks like a church.

In recent decades, when so many new churches look like anything but, that alone is an occasion for gratitude.

The soaring spires of Sagrada Familia are recognizable all over Barcelona. The whole structure, rich in symbols, elevates the pilgrim’s mind and heart to God. Gaudí’s horizon was eternity, so he was able to devote his considerable talents to a project that would not be realized until long after his death. He died the year before Benedict was born.

One reason many new churches are so hideous is that they are built too fast. The horizon is too narrow in the planning and the building, and thus the church building itself narrows the horizon of all who enter it.

A church built over a decade or several decades is not limited to the imagination and resources of today’s congregation. More important, it is less likely to be captured by the passing architectural fashion.

It takes only a short while for the passing fashion to look terribly dated.

Do we have it in us to build such great temples now? Could we launch a project the completion of which we would only see from heaven?

Canadians have the experience of the Oratory of St. Joseph, the grand project of Brother André which he serenely launched with no idea of when it would be completed.

In the end, it was finished 30 years after his death. St. André put a statue of St. Joseph on the grounds, arguing that if he wanted a roof over his head, he would find a way to do so.

“The joy which I feel at presiding at this ceremony became all the greater when I learned that this shrine, since its beginnings, has had a special relationship with St. Joseph,” the pope said last Sunday.

“I have been moved above all by Gaudí’s confidence when, in the face of many difficulties, filled with trust in divine Providence, he would exclaim, ‘St. Joseph will finish this church.’ So it is significant that it is also being dedicated by a pope whose baptismal name is Joseph.”

St. Joseph, in Montreal and in Barcelona, built churches that would come to dominate the skylines of their cities.

Pope Benedict celebrates a Mass at which he consecrated the Basilica of Sagrada Familia in Barcelona, Spain, Nov 7.Jesus Diges, Catholic News Service

Yet do they dominate the hearts? Both Montreal and Barcelona are cities where the culture is no longer animated by Catholic values. They both held the Olympic Games, hoping that a sports festival would mark their arrival as great cities, shaping a new secular identity.

The failure of that project was evident in Montreal last month when the Mass for St. André was held at Olympic Stadium, already dilapidated and abandoned, less than 40 years after it was built. The Oratory still attracts pilgrims, while the Olympic legacy is faded and forgotten.

Benedict spoke of the Sagrada Familia as the “high point of the history of this land of Catalonia which . . . is a history of holiness, artistic and poetic creation, born from the faith.”

Only a culture seeking heaven can produce the spires which reach toward the heavens. 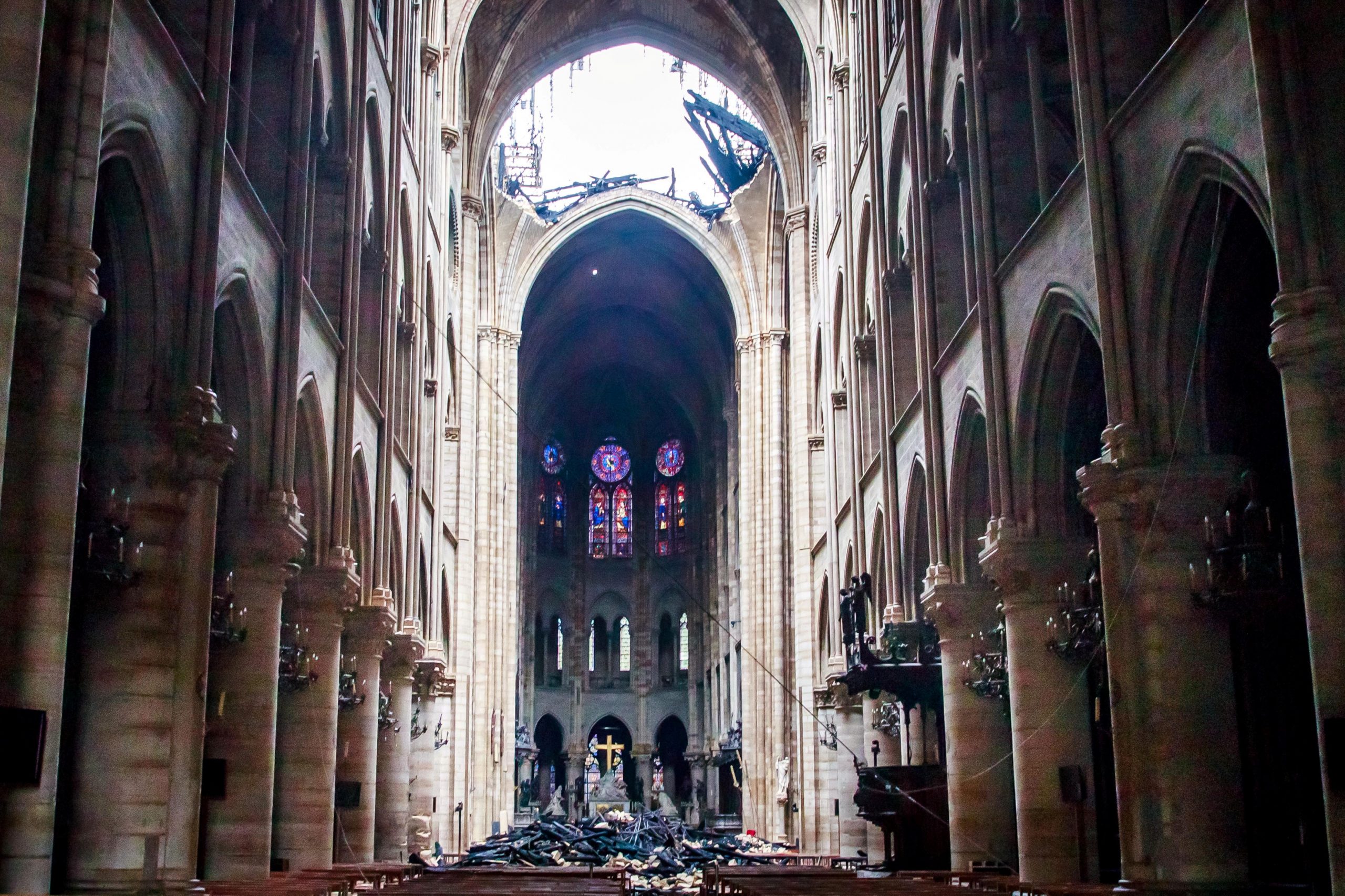 de Souza: Archbishop’s installation is a time to look at where he has his seat