Toni Morrison, award-winning author of 11 novels whose words brought to life the experiences of African American women, died Aug. 5 at age 88 in New York due to complications from pneumonia.

“We die. That may be the meaning of life. But we do language. That may be the measure of our lives,” she said in 1993 when she became the first African American to win the Nobel Prize in Literature. The award came five years after she won the Pulitzer Prize for her book Beloved, which centred on the life of an enslaved woman and was inspired by a true story.

Morrison received the National Humanities Medal in 2000 and the Presidential Medal of Freedom in 2012.

She was born in Lorain, Ohio, with the name Chloe Ardelia Wofford. Her first name change is directly linked to when she became Catholic at age 12 and chose the name Anthony, after St. Anthony of Padua, as her confirmation name. Morrison’s mother was a member of the African Methodist Episcopal Church but some extended family members, including a cousin Morrison was close to, were Catholic.

Anthony then became her middle name and was shortened by family members to Toni. She started using this as her first name when she was a student at Howard University in Washington, where she later taught, and some people had a hard time pronouncing Chloe. Her last name changed in 1958 after she married Harold Morrison. The couple had two sons and were married seven years before they divorced. After the divorce, she became a textbook editor and began her passion for fiction writing.

“I like the controversy as well as the beauty of this particular Pope Francis.”
̶  Toni Morrison

The topic of her name change came up in interviews over the years, but for those who have sought to label Morrison as a Catholic writer, there has been some ambiguity even though her works often focus on the religious theme of redemption and many of her characters go through spiritual struggles.

In 2015, she told Terry Gross of NPR’s “Fresh Air” that she did not have a structured form of religion at the time, but she added: “I might be easily seduced to go back to church because I like the controversy as well as the beauty of this particular Pope Francis. He’s very interesting to me.”

Two years later in an interview with the British literary quarterly Granta, Morrison was asked about the significance of taking up the name of a patron saint for lost things and was asked if she had lost anything she would like back.

“Two things. One is my son. And there are certain periods in my life I’d like to live over,” she said, referring to the death of her son Slade Morrison, a painter and musician who died of pancreatic cancer in 2010 at age 45.

“If happiness is all you have on your mind, you indeed have my sympathy.”

In a presentation at Seton Hall University in 2002, Morrison described herself as “just a storyteller,” and urged the students not to get stuck thinking these were the best years of their lives.

If you do, “you have my condolences,” she told the Catholic university students.

“If happiness is all you have on your mind, you indeed have my sympathy,” she added. “There is nothing more exciting than true adulthood; it is an achievement that is a hard-won glory.”

In 2017, America magazine attempted to answer the question: “Can we consider Toni Morrison a Catholic novelist?”

The writer, Nadra Nittles, said Morrison’s “Catholicism might not seem obvious, but for others she is clearly engaging with questions familiar to a Christian audience.”

Jesuit Father Mark Bosco, a scholar of Catholic writers, told Nittles that Morrison mined Christianity and the Christian story in America and that “in some ways, it’s the Christian narrative kind of reworked and investigated and interrogated in the black bodies of her characters.”

In a 2016 article in U.S. Catholic, writer Kaya Oakes notes that many might be unaware that Morrison is Catholic. “Like many contemporary writers, her daily relationship with Catholicism is complicated,” she said.

U.S. President Barack Obama, who presented Morrison with the Presidential Medal of Freedom, described the author in an Aug. 6 tweet as “a national treasure, as good a storyteller, as captivating, in person as she was on the page. Her writing was a beautiful, meaningful challenge to our conscience and our moral imagination. What a gift to breathe the same air as her, if only for a while.” 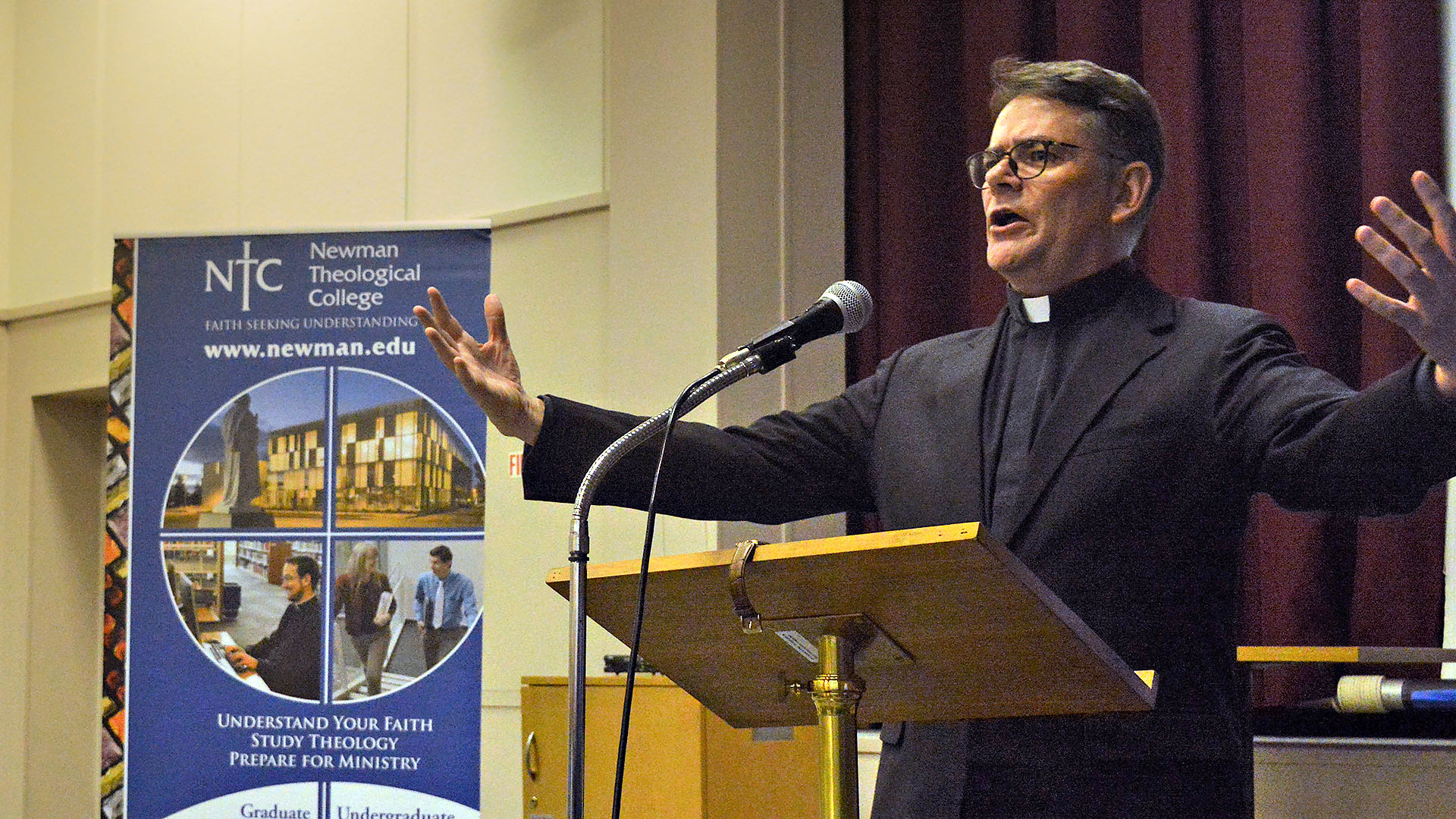 Father Leonard shares his own story of finding God amid suffering