Cardinal Angelo Becciu has denied any impropriety in a real estate investment made with Vatican funds and insisted that he only acted in the best interests of the Holy See.

In an interview with Italian media published Oct. 28, the former deputy at the Holy See’s Secretariat of State rejected any wrongdoing in the authorization of a $200 million property deal to develop a building in London.

Responding to what he called “slanderous charges” that he had “played with and tampered with the money of the poor” in the 2014 transaction, the cardinal defended the investment, saying it was “accepted practice.”

Speaking to ANSA, the cardinal said “My conscience is clear and I know I have always acted in the interest of the Holy See and never in my personal one. Those who know me well can attest to that.”

Becciu served as “sostituto,” or second-ranking official at the Secretariat of State from 2011-2018, when Pope Francis named him a cardinal and moved him to the Congregation for the Causes of the Saints.

The interview came in response to media coverage of an ongoing investigation by Vatican criminal and financial authorities into a 2014 $200 million investment made through Athena Capital, a Luxembourg investment fund, which financed a stake in the development of a luxury apartment project in London.

Details of the investment were first reported by the Financial Times earlier this month. The money was taken from Swiss bank accounts under the control of the Secretariat of State and kept separately from other curial accounts held at the Vatican.

The London investment, along with a nearly $50 million 2018 investment in the same property, has raised questions about the internal control of Vatican money held in international banks and investment vehicles, especially after repeated efforts to bring financial practices into line with international practices and standards.

On Oct. 28, Vatican Secretary of State Cardinal Pietro Parolin said the investment was a one-off, and the fund in question appeared to be “well managed.” He said that he was working to clear up questions about the project.

“We are working to clear up everything. This deal was rather opaque and now we are trying to clear it up,” Reuters quoted Parolin as saying.

Becciu told ANSA that there is a difference between Vatican funds intended for the benefit of the poor and the proceeds of the annual Peter’s Pence collection taken up in every parish in the world and sent to Rome.

“It is accepted practice for the Holy See to invest in property, it has always done so: in Rome, in Paris, in Switzerland and also in London,” Becciu said, insisting that the deal was “regular and registered according to law.”

“In the Secretariat of the State we had a fund entitled ‘money of the poor’. And it was destined for the poor. If, on the other hand, for money of the poor they want to refer to Peter’s Pence, we have to clarify,” Becciu said.

“The Pence is not only for the pope’s almsgiving but also the funding for his Pastoral ministry,” Becciu said, suggesting that the Secretariat’s two investments in the luxury apartment development were an appropriate use of donated funds.

Becciu did not address his reported involvement in other complicated Vatican transactions during the interview.

On Oct. 29, CNA reported that Becciu was involved in a complicated series of events and financial transactions around the purchase of the Istituto Dermopatico dell’Immacolata (IDI), an Italian hospital that collapsed in 2013 under 800 million euros of debt through theft and fraud.

As sostituto, sources told CNA, Becciu was the “driving force” behind requests for a $25 million grant from the U.S. based Papal Foundation, ostensibly to supply short-term liquidity to the hospital, but actually intended to help remove a 50 million euro bad loan from the books at the Vatican’s central bank, APSA.

While the balance of the grant was cancelled after pushback from Papal Foundation board members, $13 million dollars was initially sent to the Secretariat of State, though how the money was used has not been reported.

Becciu told CNA that although he had been involved in the purchase of the IDI by a partnership created by the Secretariat of State, “Cardinal Parolin assumed the office of Secretary of State [in 2013] and I no longer concerned myself with IDI.”

In early 2019, Cardinal Parolin, wrote to the Papal Foundation saying the $13 million would be reclassified as a loan, rather than a grant, and would be repaid.

“The poor will end up paying the debt,” a source close to the Papal Foundation told CNA.

Becciu’s role in authorizing the $200 million investment, and the potential focus on his time at the Secretariat of State by Vatican investigators have placed his tenure there under renewed scrutiny. While there, he was responsible for the cancellation of an external audit of all curial finances, intended to centralize information and details of Vatican assets and funds held away from the Vatican and unavailable for scrutiny.

On October 1, Vatican prosecutors raided the Secretariat of State’s offices. Documents and devices were seized. Although the Vatican did not indicate what exactly had prompted the investigation, subsequent reporting has indicated the London property investment and Cardinal Becciu were being looked into.

The next day, a confidential memo was leaked announcing the suspension of five Vatican employees, including two officials: Msgr. Mauro Carlino, who oversees documentation at the Secretariat of State, along with layman Tomasso Di Ruzza, director of the Vatican’s Financial Intelligence Authority (AIF). Di Ruzza was subsequently cleared to return to work following and internal AIF investigation.

Becciu’s interview came two days after the same paper reported that Italian Prime Minister Giuseppe Conte had been hired to consult on the deal in May 2018, just weeks before taking office.

Conte has since distanced himself from the Vatican-backed deal and ensuing investigation.

On Oct. 28, his office released a statement in response to the FT’s story saying “it should be noted that Mr. Conte only gave a legal opinion and was not aware of, and was not required to know, the fact that some investors were connected to an investment fund supported by the Vatican and now at the center of an investigation.” 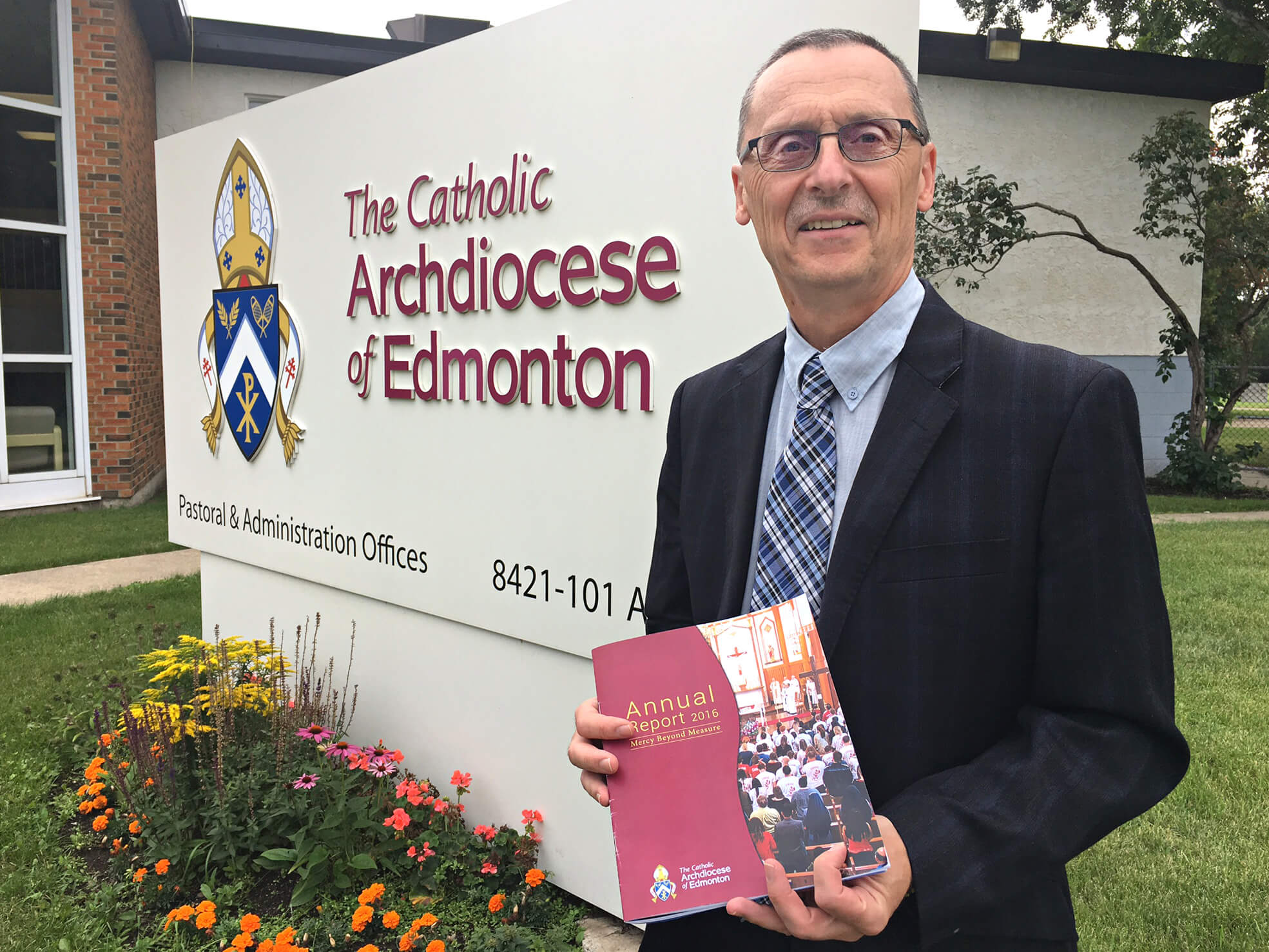