Catholic educators say they are unfazed by a new awareness campaign asking Albertans to weigh in on the idea of dissolving the province’s multiple, publicly funded education systems into one.

“Catholic education isn’t a program. It’s not something that you can run as a program in a public system in a classroom. I would be surprised if the Catholics in Alberta would think that one system would benefit their children. These conversations have come up before. These points have been made. I think parents have continued over the past century to choose Catholic education.”

The Public School Board Association of Alberta launched its Together For Students campaign Oct. 25. It advocates for a single education system, saying that would lead to cost savings, more resources in the classroom, and greater choice. However, it would also mean the dissolution of the Catholic school system.

The “Together for Students” campaign launched with a website, promotional video and an invitation for public comment. Town hall meetings are planned to discuss the idea.

“We are saying it’s time to have a conversation about change,” said campaign chair Pat Cochrane, a former Calgary public school trustee.

“Is this the best structure to get all of our kids out into the world and to be successful? That’s the question people are wanting to ask.”

“This is about a positive, constructive approach to deciding as a province if we want to stay with the structure that was established in 1905 when we were a rural society and most people lived on farms and Grade 8 was sufficient.”

But Shaw said the “the question that really needs to be asked is ‘Why are we going to mess with something that seems to be working so well?’

The PSBAA argues that a single education system would save money, put more resources into the classroom and offer all parents a greater choice by eliminating duplication and inefficiencies among Alberta’s Catholic, public, charter, home school and francophone school systems.

However, there is no cost-savings analysis right now, because “everything is on the table” and the campaign is an open discussion, said PSBAA president Cathy Hogg.

She said the PSBAA “fully supports” and respects the constitutional rights of Catholics to a denominational system, although it’s unclear how those rights would be addressed in a single education system.

Hogg said a single system would offer greater choice to all Albertans students and parents, but Shaw argues that Catholic parents in particular have already made theirs.

“I believe that Alberta parents want clear choice and options for their children’s education. Right now we have 180,000 children that receive a high-quality publicly funded Catholic education. I think parents are telling us exactly what they want.”

Shaw noted that Catholic schools have agreements with their public counterparts – and other organizations in Alberta – on purchasing and school financing, and they’re open to greater collaboration.

The “Together for Students” campaign came a day before the Alberta NDP convention in Edmonton Oct. 26-28, and just months before a provincial election next spring. Asked about the potential for a future referendum on Catholic education in Alberta, Hogg said the PSBAA is just asking people to weigh in.

“If enough people say this is important, political parties will pay attention to the issue and move forward on it. Right now our ultimate goal is to have a conversation and just inform Albertans.”

“The Alberta government remains focused on providing all of Alberta’s students with a high-quality education … We’re committed to having one publicly funded system of education with two dimensions, public schools and separate schools.”

Hogg also said there are Catholics who support the “Together for Students” campaign, although she declined to identify them by name. The campaign video does feature Patricia Grell, a former Edmonton Catholic Schools trustee who was often at odds with her board colleagues and superintendent.

Langlois: What a gift to meet the Lord each day in schools where God is actively welcomed 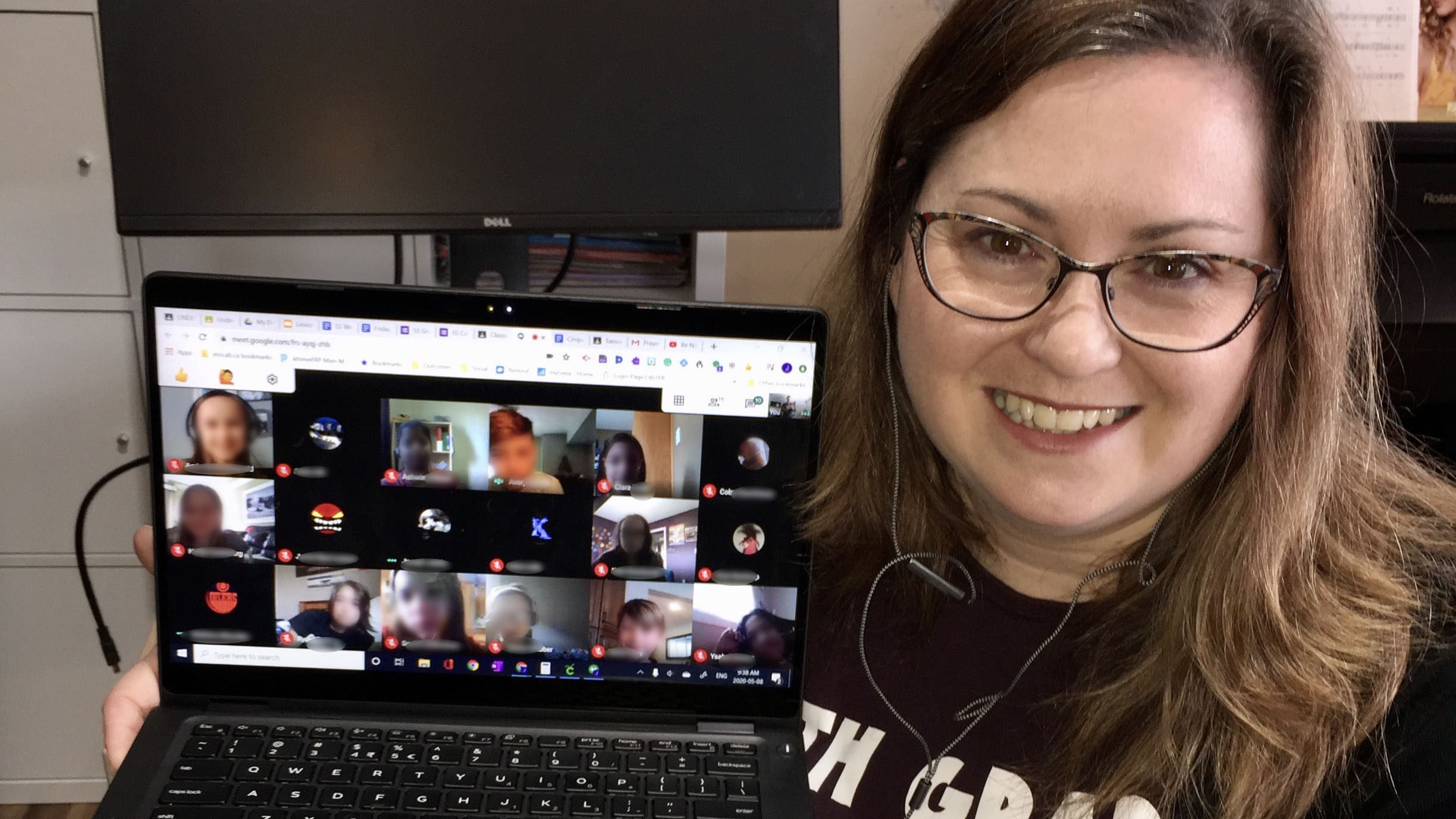