Skip to content
Pope Francis is seen during his general audience in Paul VI hall at the Vatican Dec. 27.CNS photo/L'Osservatore Romano

Only when Christ is the focus of the Christmas season do all the colorful lights, carols, special meals and traditions help create a festive and joyous atmosphere, Pope Francis said.

“If we take him away, the lights go out and everything become fake, illusory,” he said at his weekly general audience Dec. 27.

“Without Jesus, there is no Christmas. It’s some other celebration, but it isn’t Christmas,” he said to applause.

Dedicating his audience talk to the true meaning of Christmas as a celebration of Christ’s birth, the pope greeted pilgrims gathered in the Vatican’s Paul VI audience hall, which was decorated with a Christmas tree and a life-size Nativity scene.

The creche, the liturgies and the seasonal songs all help the faithful relive today the birth of Christ the savior, he said.

However, especially in Europe, he said, Christmas is being stripped of its true nature “in the name of a false respect for those who are not Christian.” But, often the true motive behind eliminating any reference to the birth of Christ is a desire to “marginalize faith.”

Just as God gave the world his son — born at night to a poor girl in a stable in Bethlehem — he still sends Christ into a world that is enveloped by darkness and slumbers, the pope said.

“And still today we witness the fact that often humanity prefers darkness because people know that light reveals all those actions and thoughts that would shame and prick one’s conscience,” he said. “So, people prefer to stay in the dark and not disturb their erring ways.”

Instead, people are called to be like the shepherds, seeking out that true guiding light, who appears first to those who are marginalized and poor, he said.

“Jesus establishes a friendship with the lowly and despised,” the pope said; he offers hope and encouragement for building a better world, where “there are no longer any people who are turned away, mistreated and destitute.”

“God opened for us the way to a new life, built not on selfishness, but upon love,” he said.

In that context, he said, exchanging gifts on Christmas is a sign of accepting God’s example and teaching: to freely give oneself, one’s love and tenderness to others.

“The true gift for us is Jesus and, like him, we want to be a gift for others,” especially for those who have never experienced any love, care and tenderness in their lives, he said. The Christmas season “encourages us” to do this for others, he added.

At the end of the audience, members of Italy’s Golden Circus performed for the pope. After two giant costumed polar bears did a little dance, female acrobats dressed in green, dragon-print leotards balanced high atop one another before a male troupe in fake leopard skins leapt into more gravity-defying poses. A muscular “strong man” bent a piece of metal and gave it to the pope, who thanked him for the present.

He thanked the performers for the show, saying the circus — just like all real art — “always brings us closer to God. You, with your work, with your skill, bring people to God. Thank you for what you do.” 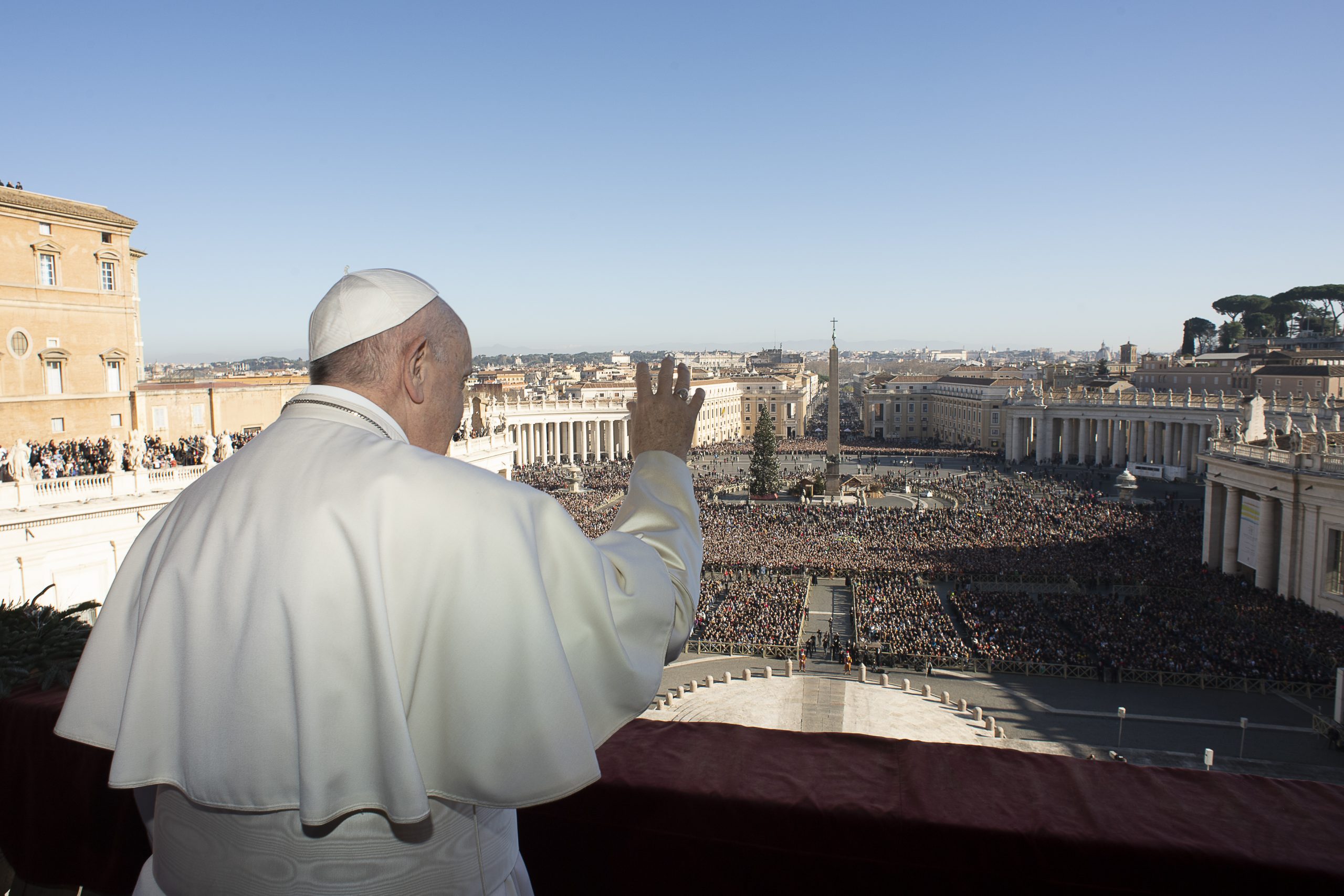 Christmas at Remand Centre brightened by gift bags from students