Deborah Kloos, 52, a sexual abuse survivor in Windsor, Ont. is reserving judgment on the Vatican sex abuse summit Feb. 21-24 until she sees the results.

“For many abuse survivors and Catholic people, they don’t have a lot of hope and trust in the spiritual leaders since they have been discouraged from past experiences,” said Kloos. “In order for our spiritual leaders to restore trust with the people of the church, they will have to see results. Zero Tolerance, accountability, transparency, prevention of abuse, safeguarding is crucial.”

Kloos, who was abused by a 63-year-old priest when she was 16, watched the summit carefully, and had written to the organizers, including Pope Francis and several cardinals before it started, pleading for the inclusion of sexual abuse survivors in the prayers of the Church.

“This shows moral accountability and remorse because when people pray for those they have wounded, it acknowledges the suffering and pain they caused and shows remorse,” she said. “Praying together opens up communication and enables healing to begin.”

“When the church does not commit to praying together for abuse survivors worldwide consistently it shows me that they are not committed to caring for abuse survivors because they keep silent and don’t want to talk about it,” she said. “Silence about the evil of abuse, gives people power to abuse again.

“The conference in Rome is the beginning of a great deal of hard work to cleanse our Church and for a renewal and rebirth of our church to make it like the Church Jesus first established,” she said. “Change and renewal is difficult and painful.”

Kloos acknowledge the conference brought together bishops from countries that have not grasped the depth of the problem.

“I think Canada’s doing the best they can,” she said, noting the hard work the Canadian Conference of Catholic Bishops put into its new sexual abuse protocols published last year. Kloos was invited to address the CCCB plenary last Sept. and is grateful they have marked a day of prayer for survivors of abuse every year for the past three years.

“It’s time to pick up the pieces,” Kloos said. “I have to have hope and respect for them because they are at least trying.”

For Bishop Gendron, president of the Canadian Conference of Catholic Bishops (CCCB) who joined presidents of nearly 200 bishops’ conferences from around the world at the summit, said meeting with abuse survivors before going to Rome and with Canadian survivors in the city who had come for the summit affected him greatly.

“They were telling me we want good document and all of that, but what we need most of all is the church to be a welcoming family,” Bishop Gendron said. “Most of these people told me the day they decided to speak about the abuse they have suffered, relationships with their own family became quite difficult, also within the parish,” he said. “We have to listen, we have to welcome, we have to believe, there are all kinds of things required,” including spending time with survivors, “to take all the time they need.”

Bishop Gendron said the bishops await further instructions in a Motu Proprio from the Pope and a document from the Congregation for the Doctrine of the Faith.

He sees the summit as “a sign of hope.”

“I’ve got the impression that people are becoming aware we need to face this problem in a realistic way and together, the whole people of God,” he said.”

The bishops spoke a lot about “collegiality, he said, “but synodality is the whole People of God.”

“As bishops we are not competent in everything,” he said. “We need as a Church to work together as the whole people of God to work together. This is what the Church is about, it’s a way of being Church.”

Bishop Gendron brought copies of the CCCB’s latest document on sexual abuse to the summit, noting others “say our document is excellent” and that people from Canada will be invited to countries where the people don’t know what to do or lack the experts Canada has.

Robert Talach, a London-based attorney whose firm has handled 396 lawsuits against the Catholics dioceses said he has not seen any decrease in sexual abuse allegations over the years, despite From Pain to Hope in 1992 and various updated versions of that sexual abuse protocol.

“It takes victims 30 years,” to come to terms with their abuse, and come forward, Talach said. “If we wait thirty years and we have no new cases then we can say: ‘Problem solved.’”

Talach said he is skeptical of any efforts on the part of the bishops to hold each other accountable.

Only “a black-and-white zero-tolerance” policy will work, he said. He also distrusted any reliance by the Church on lay experts, since those experts would be ones chosen by the Church.

“Who would be so out of touch to suggest self-policing of the bishops?” he asked. “They’re the ones who got us here.”

He noted that police departments are investigated by the SIU (Special Investigations’ Unit) when an officer gets in trouble. The SIU is a civilian police force. “Even that model is viewed by a lot of people as suspicious,” Talach said. “The Church is not even going there, to set up a Special Investigations Unit, with lay people, that is going to be based here.”

“They didn’t come up with a basic skeleton of a meaningful proposal,” he said. “We’ll keep looking after ourselves as we have for centuries.”

The Church needs to change the rule of celibacy, Talach said, noting the John Jay Study commissioned by the American bishops cited a 1972 study showing 57 per cent of priests were psychologically and emotionally under developed; and 8 per cent were undeveloped. Only six per cent were well-developed; and 29 per cent were developing. He quoted the John Jay report as saying: “The vow of celibacy takes from the adult a main vehicle for the expression of intimate social relations. The end result is chronic infantilization.”

“You’ve got a massive, worldwide organization that has its finger” in people’s lives with “a bunch of Peter Pan Lost Boys running the show,” Talach said.

Bishop Gendron pointed out celibacy can’t be to blame, since most sexual abuse takes place in families. He noted in Pope Francis’ final address to the summit, the Pope spoke about the proper human formation for candidates of the priesthood, including “fostering holiness and the virtue of chastity.”

Bishop Gendron stressed not only insisting more on the human formation of priestly candidates but also accompanying priests so their celibacy is fruitful, and enables them to be a better person.

“One of the challenges we have right now, often priests are alone, they are in charge alone, they don’t have many relationships,” the bishop said. “This is not only for the bishop to accompany, it is also for the community, the parish people to say, ‘Well, we’ve got the priest, we’ve got to help him to develop and be happy with us.’” 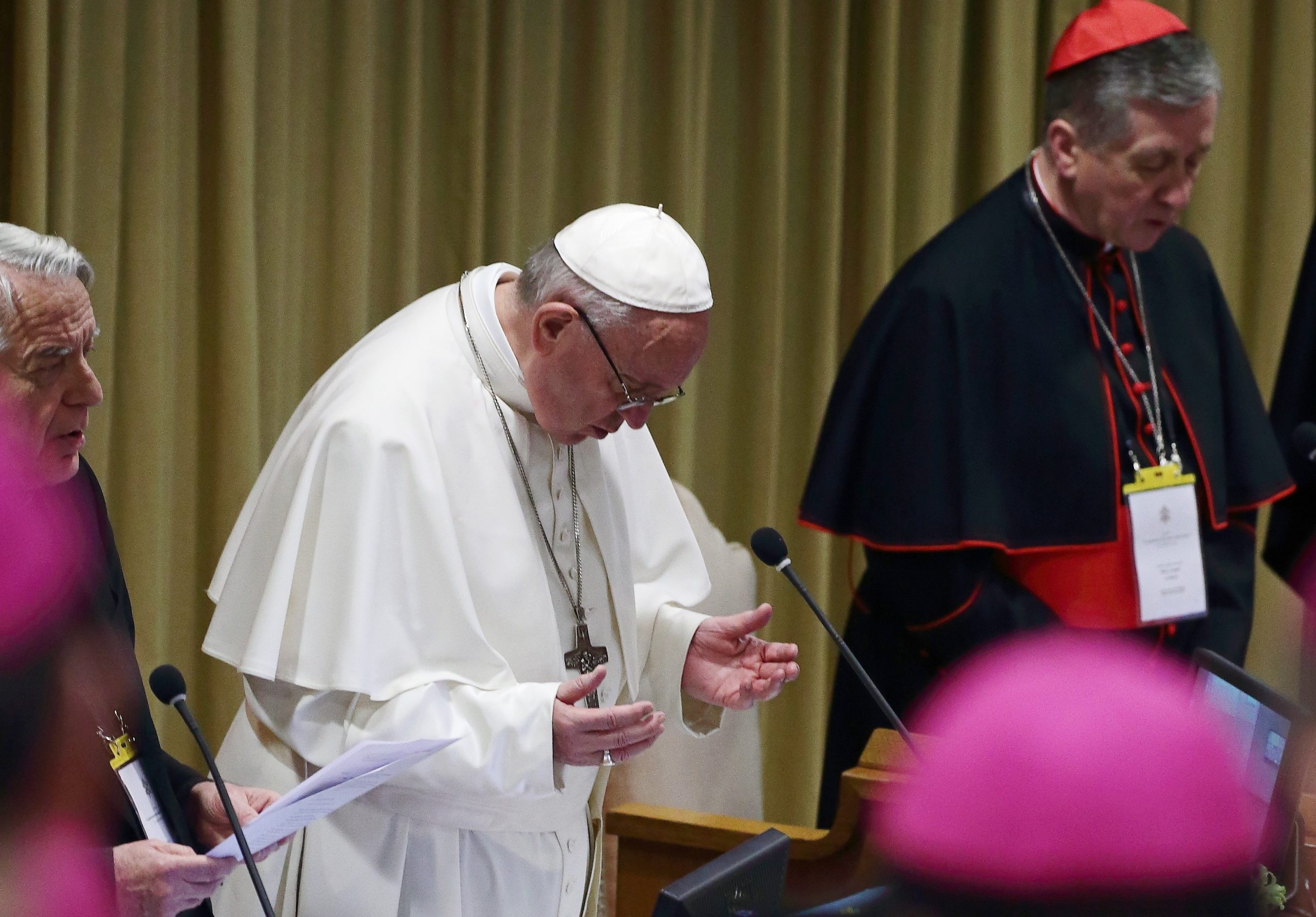