As the Liberal government refuses to budge on requiring a pro-abortion attestation for Canada Summer Jobs funding, the Conservative Party is positioning itself as the ‘party of freedom’.

In a keynote speech Feb. 9 at the 10th anniversary Manning Networking Conference, Conservative leader Andrew Scheer described the next election as being not “just a contest between left and right. It’s about being free, or unfree.”

“The choice is whether Canada will continue as a free and open country, or whether Canadians will live their lives afraid to say what they think, always looking over their shoulders before they dare to suggest that maybe, just maybe, the government is not the solution to every problem,” Scheer said.

Born in 1979, he witnessed “a world in which the failures of big government intrusion into the economy and into peoples` lives were on clear display.”

“Canadians, Americans, and Brits could see what the leftist utopia looked like,” he said. “I saw it, in the papers and on TV, as I grew up, and it helped me to become a conservative.”

A whole new cohort of Canadians are growing up who “don’t know what life is like in countries where that freedom isn’t there.”

Scheer noted Justin Trudeau says “diversity is our strength,” but “he is forcing Canadians to sign an attestation of belief to receive funding for summer jobs for something that may have nothing to do with public policy or advocacy work.”

Preston Manning, founder of the Manning Centre and former leader of the Reform Party, urged Conservatives to take the opportunity to champion the first five freedoms enumerated in the Canadian Charter of Rights and Freedoms, including freedom of conscience and religion, freedom of thought, belief, opinion and expression.

“The Liberals in the name of other freedoms are violating these rights,” Manning said while moderating a panel on Identity Politics and State-Supported Social Censorship.

In an interview Manning said the Liberals need to be challenged on their inconsistencies:

“If you suppress the expression of religious thought, how is that consistent with the Charter’s provision of freedom of religion?” Manning said. “It’s the liberal position that’s inconsistent. Also a number of these rights that the Liberals refer to are ones that have had to be written into the constitution, the rights we’re talking about are the fundamental ones that were there from the very beginning. In fact, they existed in law before the creation of the charter.”

“These are the most fundamental rights, but what the Liberals tend to do is constrain those in favor of some of the other rights and privileges with which they are in agreement,” Manning said.

Some of the most vocal opponents of the attestation at the conference came from non-partisan panel participants.

“What’s next? What are they going to ask you to agree to? The entire Liberal platform? Justin Trudeau’s socks?” asked panelist Licia Corbella, a Calgary Herald columnist. She called the attestation requiring applicants to “respect” legal abortion as “very dangerous” and something “seen in Communist countries.”

“The government doesn’t ask Pakistan and China to tick a box before they get our tax dollars,” Corbella said. “Why are they asking Canadian citizens to do that?”

“Every Canadian should speak out against this,” she said. “Will people have to change their opinion with every change of government in Canada. It’s coercive.”

“Our Conservative caucus is dead set against this,” Sherwood Park-Fort Saskatchewan MP Garnet Genuis told the panel. “People should be able to hold their private convictions and access government funds on an equal basis.”

He called the move a “cynical attempt to divide” Canadians. “As a matter of policy, we’re seeing the true colors of the Liberals and how intolerant they are of people of faith,” Genuis said.

In a panel on Faith in the Public Square Feb 10, Cardus co-founder and executive vice president Ray Pennings disputed the idea that only those who have faith in the transcendent have a belief system and the rest of society is somehow “secular and neutral.”

Asking people to check the attestation is “a reflection of a belief system,” Pennings said.

In recent statements about the Canada Summer Jobs policy change, it was said “you’re allowed to believe what you want as long as you don’t act on them,” he said. “You can’t draw a line between belief and action.”

Former Ambassador of Religious Freedom Andrew Bennett told the panel those with religious faith find it “causes us to seek and understand and advocate truth.”

People “should be living out their deeply-held beliefs freely,” he said.

Because the conference tried to appeal to a big tent conservative movement that includes fiscal conservatives, libertarians, Red Tories who are progressive on social issues, and pro-and-anti carbon tax advocates, some attendees felt not enough attention was given to the attestation.

Johanne Brownrigg, Ottawa lobbyist with Campaign Life Coalition said she was “greatly disappointed” the attestation wasn’t “tackled head on,” because whether it is about abortion or not, “it still boils down to an extraordinary breach of freedom.”

“Conservatives have a golden opportunity to take advantage of the situation,” said Alissa Golob co-founder and executive director of It Starts Right Now.

She pointed to statements Conservative MPs have made in the House of Commons, a video on the issue by Andrew Scheer, and other statements as positive.

“I hope they ask more direct questions in Question Period and force the Liberals to answer for themselves.”

André Schutten, director of law and policy and general legal counsel for ARPA Canada, said the attestation could be attacked for its “totalitarian” aspect; its attack on free speech, and its partisan aspect that “you must conform to the liberal platform.”

“I was thankful it did come up in a few of the sessions, and when it did come up there was a reaction from the audience, so it was definitely resonating with the people who are here,” he said.

Mike Schouten, director of WeNeedaLaw.ca said he was not surprised at how the Conservatives are handling the attestation issue, and that they are focusing on it as a freedom of conscience and religion issue and not on abortion and the rights of pre-born human beings.

Schouten criticized the Conservatives for not only not aggressively going after the government on the changes to the Canada Summer Jobs policy, but also for not challenging the Prime Minister and others when they say abortion is a charter “right.”

Canadians will think this is true simply because the Prime Minister keeps saying it, he said.

The extended deadline for filing applications to the Canada Summer Jobs program ended Feb. 9. Charities, churches and other organizations that send in hard copies of the application with part of the attestation crossed out, or their own version of an attestation, have been sent letters telling them they have 10 days to sign the attestation as is, or their application will not be considered.

Schouten said he expects the debate on the Canada Summer Jobs attestation will now move to the courts. 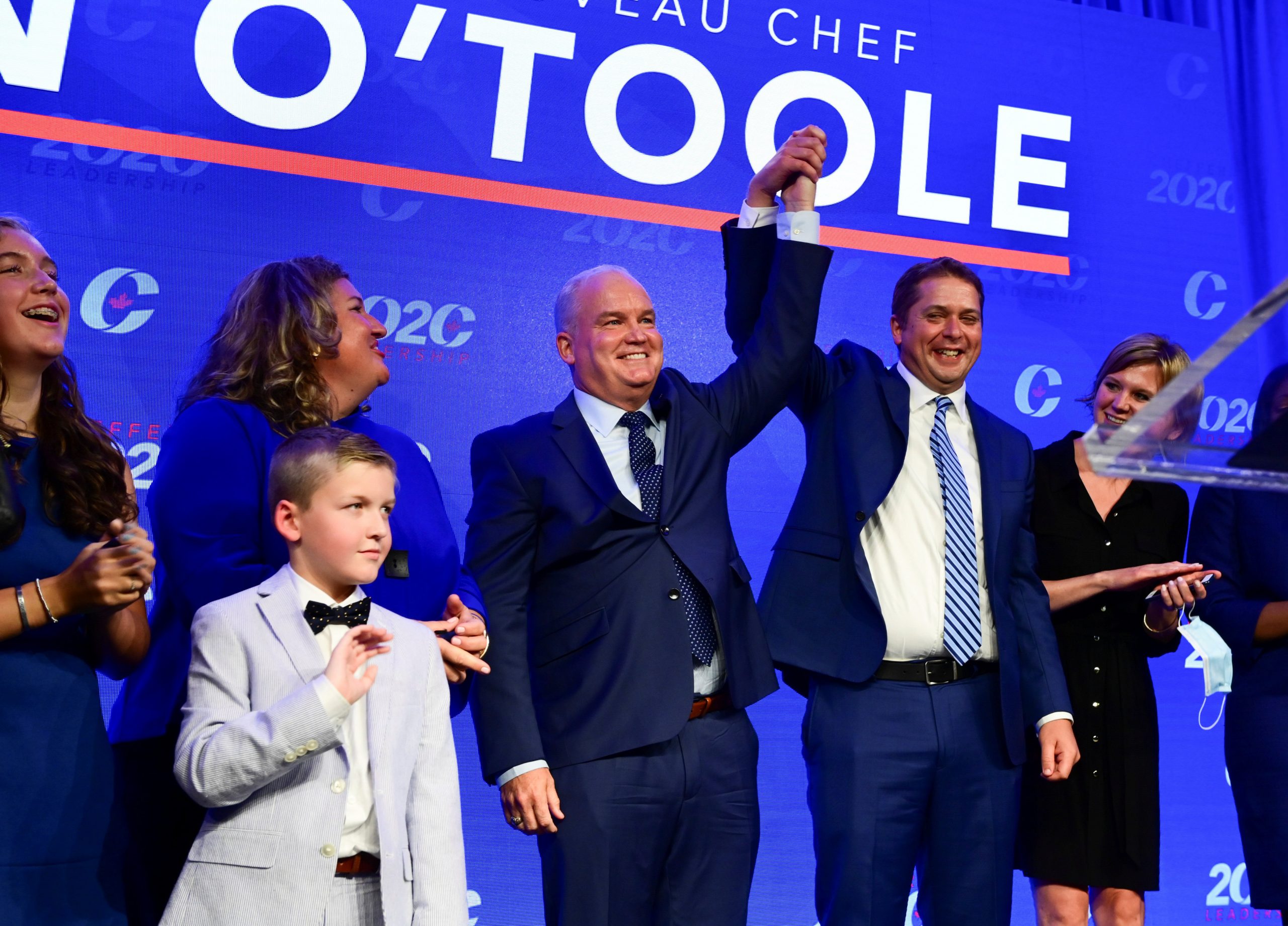 One thought on “Conservatives rebrand as ‘Party of Freedom’”