Skip to content
Cyprien and Daphrose were murdered 25 years ago, at the start of the 1994 Rwandan genocide.Catholic News Agency

The story of Cyprien and Daphrose Rugumba is a story of atheism and devout faith, of a strained marriage and a love that overcomes obstacles, of a powerful conversion that was able to change an entire life.

Cyprien and Daphrose were murdered 25 years ago, at the start of the 1994 Rwandan genocide. Today, their cause for sainthood is open, and their impact lives on through the Emmanuel Community, an international Catholic association of the faithful focused on adoration, compassion and evangelization, which the couple brought to Rwanda.

The Rugumbas story is recounted by the Emmanuel Community.

As a young man, Cyprien entered seminary. His time there was difficult. Shocked by scandals among the other seminarians and discouraged by the writings of philosophers who criticized the Catholic Church, he left the seminary and fell away from the faith.

Cyprien found success in the arts, working as a poet, author, and composer. He became an influential government administrator, helping to protect and encourage the creation of traditional Rwandan art.

When his fiancée was killed in 1963, he asked to marry her cousin Daphrose, a devout Catholic, in order to honour his engagement to her family.

They were wed in 1965. The marriage was a rocky one, leading to an eight-month separation at one point. Even after the two were reconciled, Cyprien was repeatedly unfaithful to his wife, fathering a child out of wedlock. He also ridiculed his wife’s devotion to prayer and the Catholic Church.

Daphrose, however, remained undeterred in her faith and resolute in her beliefs about the sanctity of marriage. She prayed continually for her husband’s conversion and raised their 10 children in the faith, taking them to Mass with her.

In 1982, Cyprien became seriously ill. Doctors were unable to determine the cause of his sickness. Fearing death, Cyprien had a powerful moment of conversion, believing in God’s existence and love for him. This experience, which he would later attribute to his wife’s tireless prayers on his behalf, led to a complete transformation of his life.

After a difficult 17 years of marriage, the relationship between Cyprien and Daphrose was renewed, united in a new fidelity and growing deeper in faith and joy together. Those who knew Cyprien said he became more humble and positive, trusting in God’s plan for his life.

In 1989, Cyprien and Daphrose encountered the Emmanuel Community, a Catholic organization with an international presence, focused on discipleship and evangelization through prayer and charity.

The following year, they founded a chapter of the community in Rwanda. Over the next four years, they devoted their time to the quickly growing community.

But while the Rugumbas’ marriage was filled with joy and peace, the country around them was not. Decades of ethnic tension dating back to Belgian colonialism was beginning to lead to calls for violence in Rwanda, fostered by propaganda backed by political extremists.

In April 1994, the tensions erupted into frenzied bloodshed, as members of the Hutu ethnic majority took up machetes and turned on their minority Tutsi neighbors, friends, and colleagues. In the 100-day genocide that followed, it is estimated that one million people were killed.

Cyprien, who was renowned in the country for his work preserving traditional art, had fought the growing tension.

He denounced the violent and divisive radio broadcasts and the inclusion of ethnicities on identity cards.

In his work with the Emmanuel Community, Cyprien insisted that Hutus and Tutsis were both welcome. He stressed unity based in Christ as the centre of the community. “We have only one party, that of Jesus,” he would say.

But his outspoken criticism of those perpetrating the violence had drawn attention and made the Rugumba family a target.

On the morning of April 7, the start of the genocide, Cyprien and Daphrose were murdered in their home, along with six of their 10 children, following a night spent before the Eucharist in Adoration.

The canonization cause for Cyprien and Daphrose was opened Sept. 18, 2015, and the diocesan inquiry in currently underway.

The couple’s work – particularly Daphrose’s ministry to homeless children on the streets and Cyprien’s music, poems and books – are still recognized today. In addition, the Emmanuel Community in Rwanda, founded by the Rugumbas, is currently the second largest in the world. 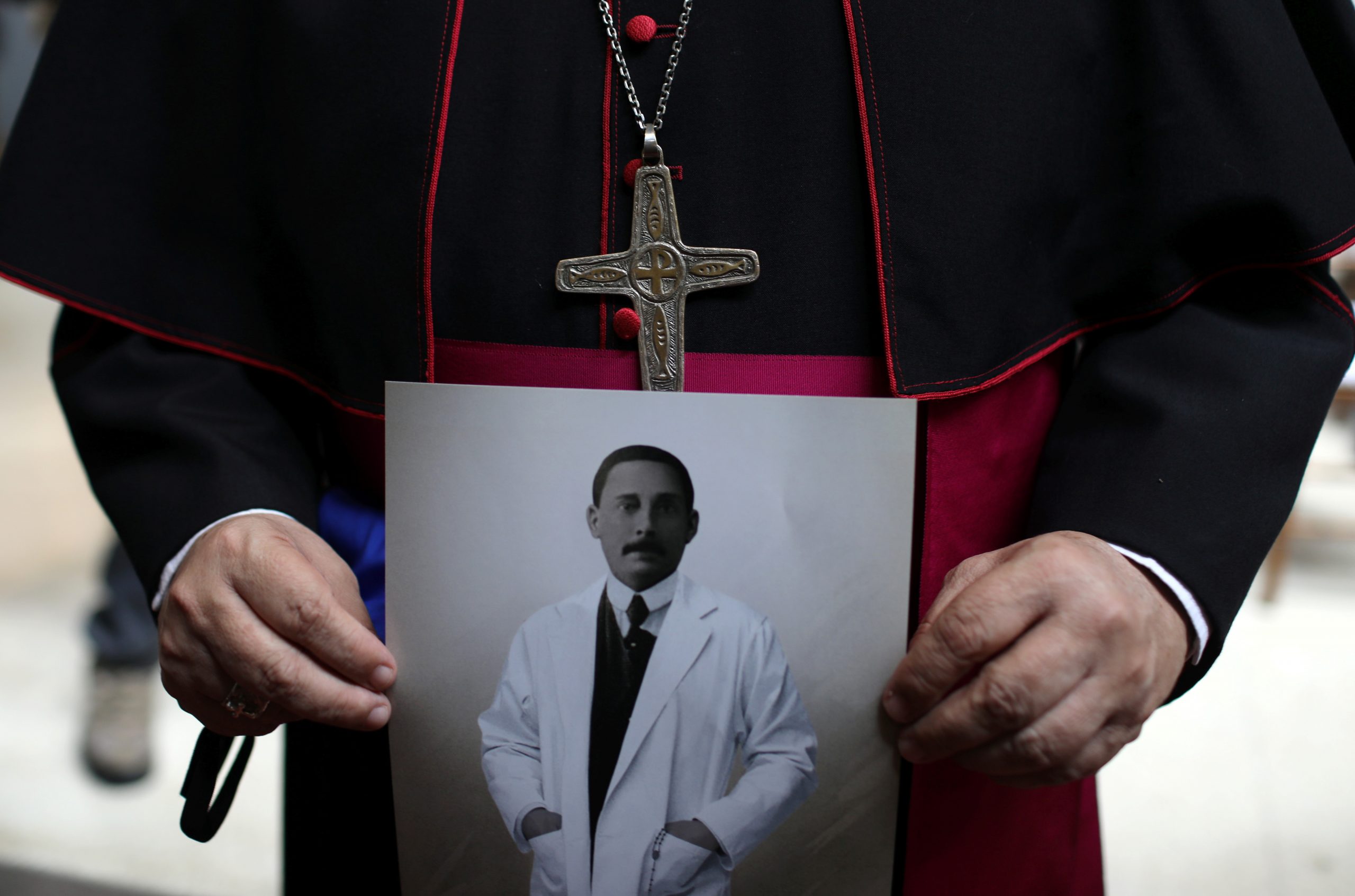