Skip to content
A special Mass of Thanksgiving for the ministry of Bishop Gregory Bittman was held at St. Joseph’s Basilica on March 19. Bittman will be taking up a new position as Bishop of the Diocese of Nelson in southeastern BC.Lincoln Ho, Grandin Media

Bishop Gregory Bittman may be known for his love of sweets, but his departure from hometown of Edmonton is bittersweet for loved ones, friends, and colleagues.

Bishop Bittman during a visit to St. Mark School in Edmonton.

“I think it fair to say that many of us have been ‘hoping against hope’ that we could keep you here, but we knew that was not realistic,” said Archbishop Richard Smith at a Thanksgiving Mass in honour of his colleague and friend, ‘Bishop Greg.’

“The Church is bigger than us, God is in charge, and He summons to ministry as He chooses and when He sees fit in accordance with His plan.”

Bittman, 56, has been appointed Bishop of the Diocese of Nelson in southeastern B.C. and will be formally installed on April 25. He leaves the Edmonton Archdiocese after 22 years as a priest, and nearly six years as its first-ever auxiliary bishop.

“It kind of feels like a funeral, except I’m hoping I can walk out,” Bittman joked after the March 19th Mass in his honour. He added that he’s grateful for a fulfilling journey since his ordination as a priest in 1996.

“Just like Scripture says, you’ll receive a hundredfold more than what you can ever imagine giving up. I’ve never thought that I’ve ever given up anything. I’ve just been filled by God.”

Bittman was deeply connected to Holy Family Parish in St. Albert as a parishioner and seminarian. As a young priest, he would spend hours with Father Karl Raab, the pastor at the time.

“Bishop Greg used to call himself a sponge. He wanted to learn from this older priest’s wisdom and experience,” said Marieta Paul, a member of the pastoral team at Holy Family.

“He’s a very prayerful man, but it wasn’t a showy sort of piety. It was a deep connectedness, I think, to Jesus and to God. The (parish) office just rang with his laughter. He was always ready to laugh, and that was delightful.”

Linda Dean, a retired secretary at Christ-King Parish in Stettler, says Bittman, her former pastor, was “such a kind man” to everyone in the office.

“We only had him for a year, but he was always so friendly. It’s so sad that he’s leaving again.”

“I’m sure going to miss him,” she said, noting Bishop Greg – her only son in Edmonton – took care of her personally, as well as handling renovations to her home.

Frances Bittman recalls being on a flight to Rome with her son, a former nurse. When the pilot asked if anyone had medical training in case of an emergency, Bittman made himself available.

“He was good at responding like that. He’s special, that one,” she said.

Bittman will also be missed by Father Adam Lech, the Moderator of the Curia for the Archdiocese of Edmonton. Despite their 11-year age difference, they formed a bond when Father Adam found out that his mother’s maiden name was also Lech.

“[He’s] gentle, but he doesn’t hesitate to say ‘No, I don’t think so.’ It’s not ‘maybe’ or ‘we will see.’ Bishop Greg is ‘yes’ or ‘no.’ It was a pleasure to hear from him, because he gave some light on the issues presented.”

Josee Marr, the Archdiocese’s chancellor, has mixed feelings about the departure of Bishop Bittman, a friend and colleague for 17 years.

“It will be an adjustment, but like any new beginning, it’s like the end of something and the beginning of something new,” she said.

Marr loved Bishop Bittman’s homilies, describing him as a skilled preacher who took that role so seriously he would spend hours preparing and revising.

“He would be so intentional about being the voice to interpret Scripture; that would cause him a lot of stress. He never really realized that he was a very good preacher, and he had very good insight into Scripture.”

Marr remembers how Bittman seemed intimidated as he prepared for his 2012 ordination as auxiliary bishop at St. Joseph’s Basilica. But when it came time for the ceremony, he was filled with joy.

Bishop Bittman’s colleagues, many of whom were classmates at St. Joseph Seminary, will miss him too.

“It takes me everything I can just to (call him) bishop, I’ve always known him as Father Greg or just Greg,” said Father Sylvain Casavant, a member of the formation team at the seminary. Casavant has known Bittman for more than 20 years.

In recent years, the two former classmates met at a Dairy Queen to symbolically “hang up their collars” and relax over ice cream.

“We both know that we’re ordained, but we can be each other first, just enjoy a little bit of time together. He has a good ear to listen and to be compassionate,” said Casavant, who also shares a love of the Edmonton Symphony Orchestra with Bittman.

Casavant is convinced that his close friend will thrive in the Nelson Diocese.

“He’s been very faithful to what he’s been called to do as a bishop. I think he’s offered himself as best he can, and I think he’s done a good job! He cares for the people and is attentive to the people.”

Father Shayne Craig, another seminary classmate, recalls how Bittman at one point considered returning to his nursing career instead of committing to the priesthood.

“This was, of course, a sign of his humility before the great responsibility that comes with ordination, and Christ’s call,” said Craig, also a member of the St. Joseph formation team.  “I am sure that same humility will make of him a good and generous shepherd to his new flock in the Diocese of Nelson.” 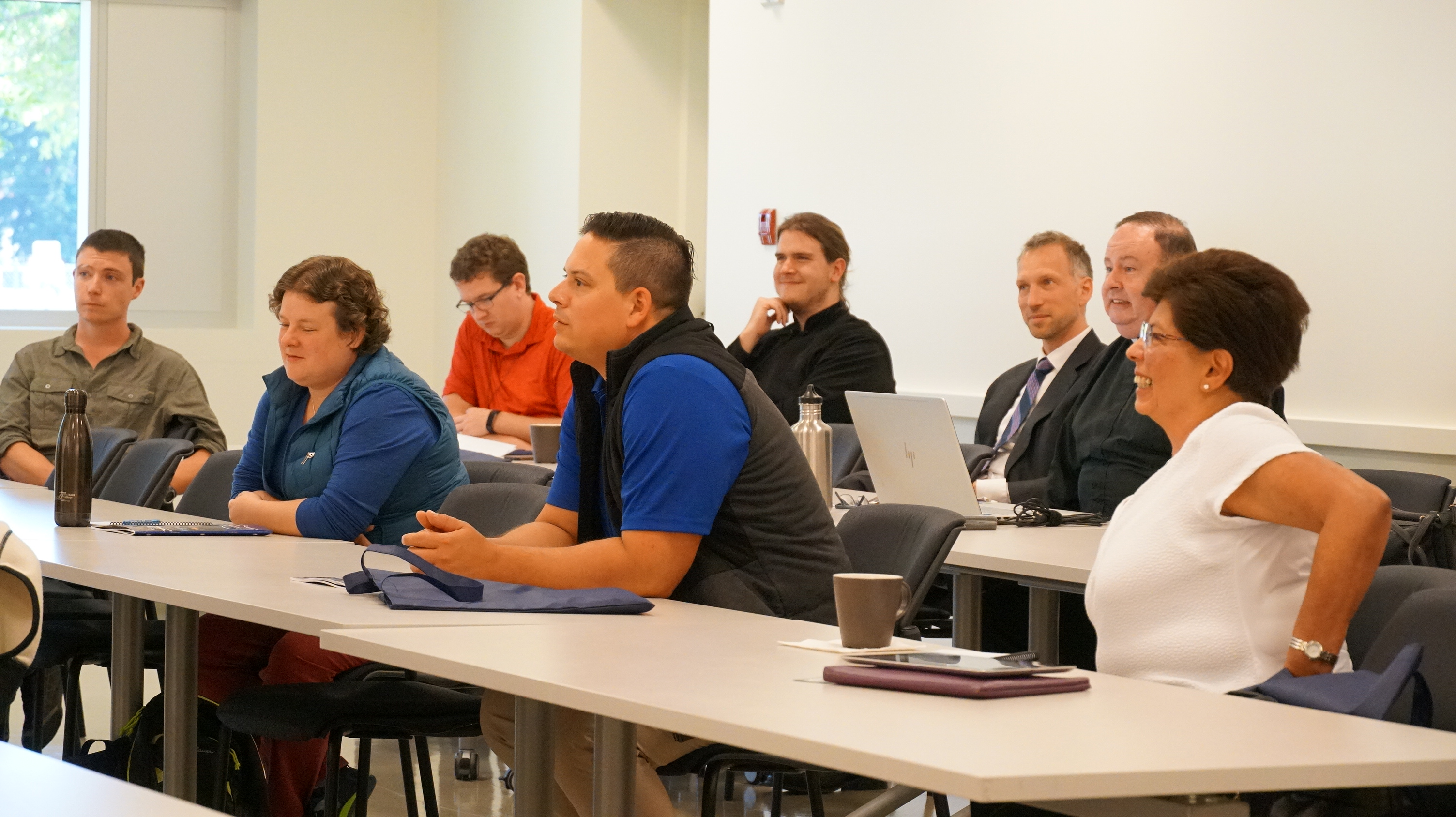