Skip to content
Ed Meding will be ordained to the permanent diaconate Aug. 11 at St. Joseph’s Basilica in Edmonton.Chris Berthelot, Grandin Media

When Ed Meding retired, he knew he didn’t want to play golf or spend his winters vacationing. Instead, it was time to answer a long-awaited calling from God.

“I thought, ‘Well, the only way to really know if it’s a calling is to apply and put that in God’s hands,’” said Meding, one of three men scheduled to be ordained to the permanent diaconate Aug. 11 at St. Joseph’s Basilica in Edmonton.

A retired teacher and coal miner, Meding is a member of Our Lady of the Foothills Parish in Hinton. As the first deacon there, he will also serve mission parishes in Jasper, Grand Cache, and Maskuta Creek.

He became a Catholic in 1984, and attributes his conversion to his wife’s faith and witness, and to an epiphany he had when his children were baptized.

“I started to see the importance of my responsibilities as a parent, as a father,” said Meding, noting that his faith in Jesus started to develop after going to a retreat.

For the next several years, Meding took on several responsibilities in parish life, including participating in music ministry.

“I was kind of attracted to the Catholic Church’s music ministry too, because I’m a musician and singer, so that was another thing that drew me.”

After retiring from the mine in 2012, Meding and his wife Gwen travelled to Israel, where he spoke to priests and deacons about the diaconate. On returning, Meding joined the diaconate program in 2013.

A four-year program spread over 40 weekends, the diaconate program includes intensive study at Newman Theological College for a certificate in theology.

“I kind of embraced it and went for it. It was similar to going to school again, so I committed my four years, my life, everything to this.”

Meding’s journey to the diaconate wasn’t always as certain.

There were times when he struggled with doubt, unsure whether God was calling him to the diaconate, or whether he even wanted to be a deacon. He recalls the time when he told his parish priest at the time, Father Brian Inglis, about wanting to join the diaconate. Inglis asked Meding how long the program would take.

He also received support from his wife, Gwen, who attended many of the program’s weekend sessions with her husband. She says she was particularly impressed with the quality of the instructors.

“Their knowledge and their lived relationships with Christ was a really nice balance. I enjoyed, too, getting to know that there’s so many wonderful people working in the Archdiocese,” said Gwen Meding.

Another part of the program that Meding enjoyed was the internship phase, where he spent three months practising as a deacon in his parish. It was during this time that he developed strong connections with the parish priests.

“I have to say I got a lot of great support from my parish priests. That’s an integral part of not only diaconate training, but later on when we start ministering, (having) the relationship with our priests.”

Beyond serving at those parishes, Meding says he’ll also spend time with inmates at the Grande Cache Institution prison. He has ministered to inmates at the prison for more than 20 years.

Though Meding is looking forward to his diaconate ministry, he admits he still has a lot to learn.

“Like I’ve told a lot of people already, ‘This is new for me, I’m going to have to be mentored.’ I’m not coming out with my guns loaded — I haven’t even found my guns yet!’ 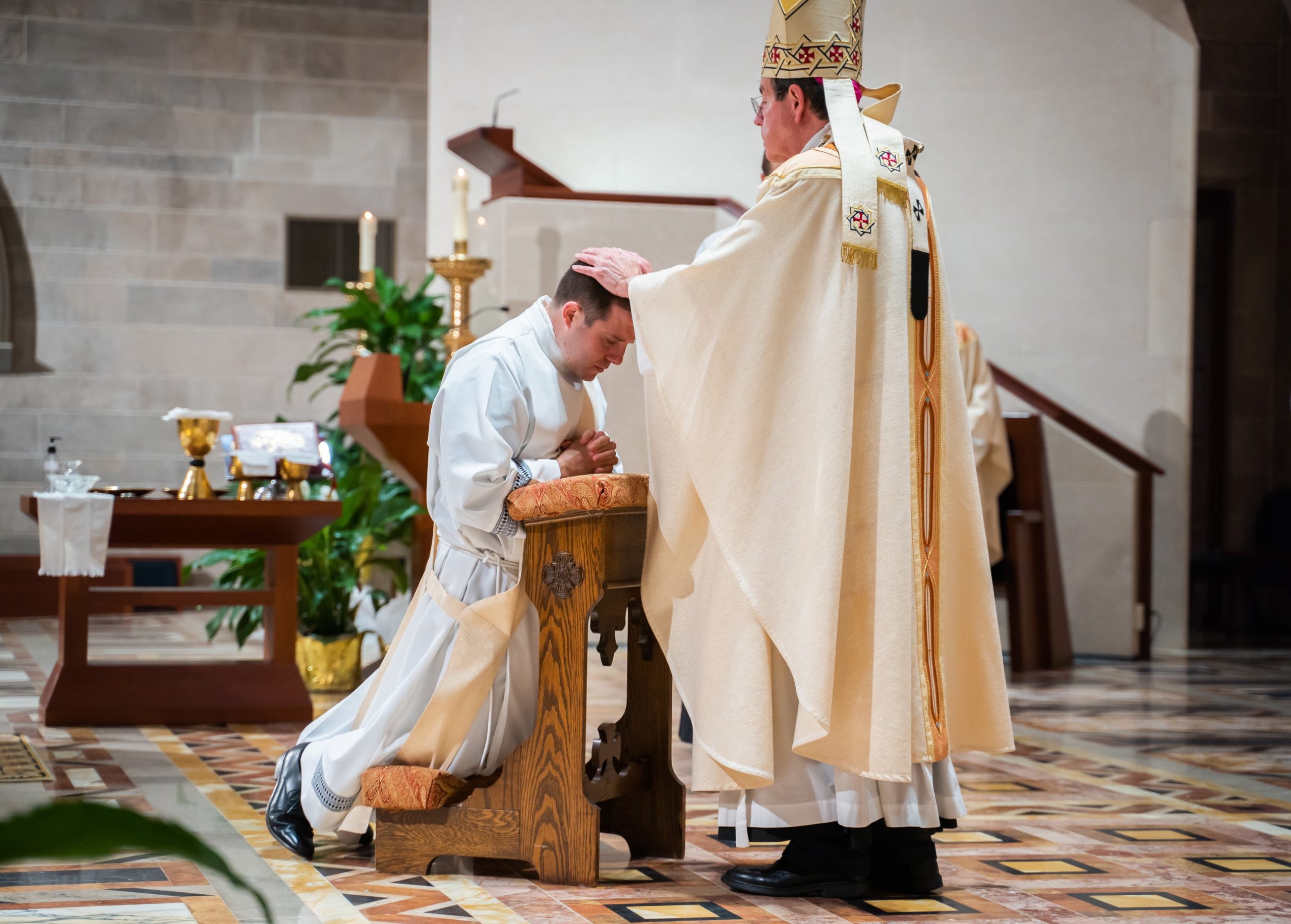