Skip to content
Naima Adan, a mother of six who lives in a Habitat for Humanity home in south Edmonton, continues to volunteer with the group six years after moving into Habitat home.

In Naima Adan’s homeland, different people of different faiths working together is a normal way of life.

“In Ethiopia we have a lot of different kinds of religions and races. It’s not difficult to me, so everyone has to learn how to get together,” said Adan, a single mother of six who lives in a Habitat for Humanity home in south Edmonton and continues to volunteer with the group.

“In my faith, Islam, if you help one person, you help the whole community. That’s what I believe. So I appreciate what this group does.”

The Interfaith Works Project is a call to faith groups to help mobilize 600 volunteers to help Habitat for Humanity over a three-month period from March 5 to June 5.

“Our intention is to make substandard housing and homelessness socially, politically, morally and religious unacceptable,” said Karen Stone, president of Habitat for Humanity Edmonton which, since its inception, has helped more than 650 families, including 1,500 children.

“We’re trying to get faith communities to come together on a Habitat build and find ways of creatively building connections,” Stone said. “So what we’re actually launching is a community-building initiative at the same time as we’re building Habitat homes for families who want to get into home ownership.”

“It’s a wonderful ripple effect. We just break down the divisions and all faiths come together.”

As part of the Interfaith Housing Works Project, volunteers may choose to work on a Habitat build site at Carter Place in south Edmonton, a 77-home development where 33 families have already moved in. There they can do construction work or help make lunches for the site crews.  Or they may work at Habitat’s pre-fabrication centre, helping to build walls and floors for future projects, or at the Re-Stores, which accept and re-sell new and used building materials.

Carter Place in south Edmonton is a 77-home development where 33 families have already moved in. Lincoln Ho. Grandin Media

For her part, Adan has been living in Habitat for Humanity home in the Ellerslie neighbourhood of south Edmonton for six years, a decade after she emigrated to Canada with her children aged six to 22.

“It’s important because there are a lot of people that cannot get a home,” she said. “We’re going to have a lot of homelessness if we don’t get together and help each other.”

Habitat also has a 16-home project in Fort Saskatchewan, northeast of the city.

In the past, 300 volunteers have participated in the Interfaith Works Project annually. This year, there’s a call for twice that.

“We’ve always said we want to crack the whip if we can make it a little bigger and get a little more reach out,” joked Pastor Mike Van Boom, a spokesman for the Capital Regional Interfaith Housing Initiative.

“When you give people opportunity to do it and you say, ‘This is really important. Come do this. It’s meaningful work,’ you’ll get a broad range of folks who say, ‘Yeah, I’m willing to give my time and energy.’ ”

The Capital Interfaith Housing Initiative is also involved in the Welcome Home program through Catholic Social Services. Volunteers are paired with individuals and families making the transition from homelessness in an effort to reduce loneliness and social isolation in their new surroundings.

The Archdiocese of Edmonton was one of the founding members of the Capital Regional Interfaith Housing Initiative, at the same time the City of Edmonton launched its 10-year plan to end homelessness back in 2009.

A 2018 progress report says it has a better understanding of the issue of homelessness now, and notes that more than 8,000 people have found housing since the plan was implemented. Still, there are an estimated 1,720 people experiencing chronic homelessness.

The report also says that more than 22,000 Edmonton households spend more than 50 per cent of their income on rent. More than 6,000 households are on the waitlist for social housing in Edmonton, and 300 new applications are received per month. 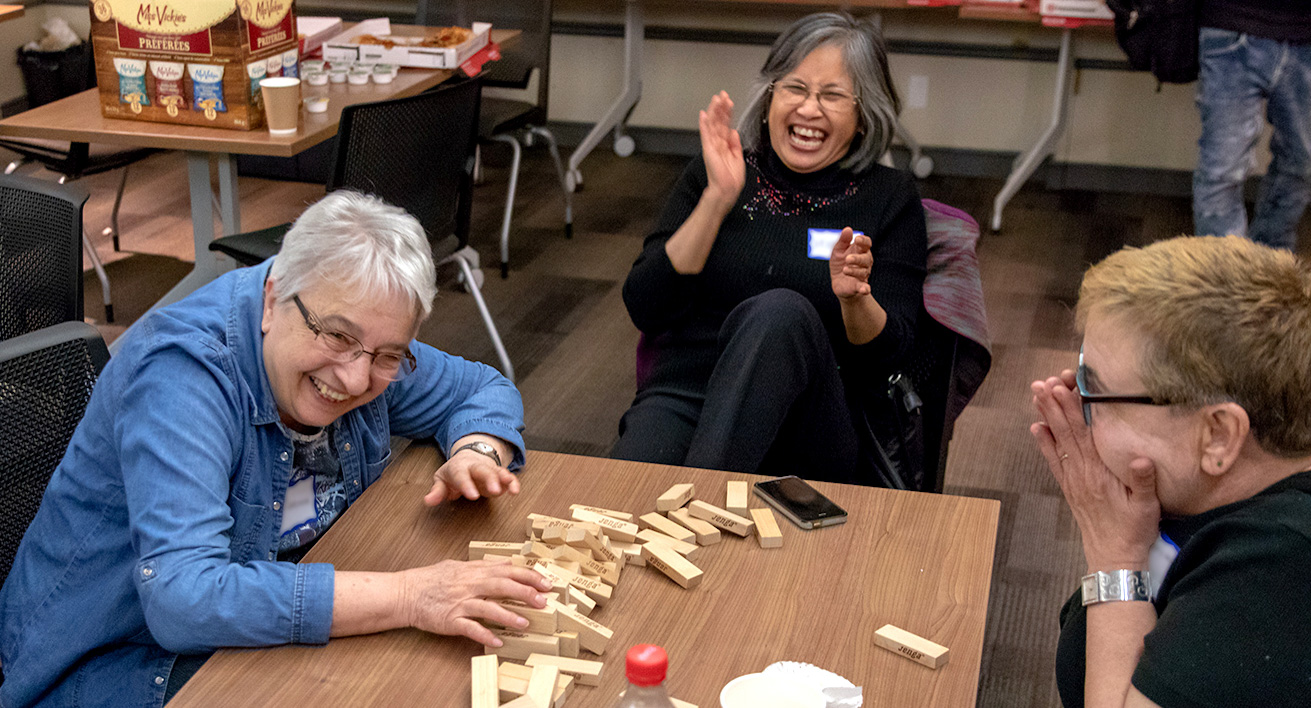