Skip to content
This year marks the 50th anniversary of the Apollo 11 moon landing in 1969.NASA

Jesuit Rev. Adam Hincks does not remember the excitement, the mind-expanding fascination or the must-watch-TV coverage of the Apollo 11 moon landing in 1969. He was born in 1982.

But as an astrophysicist and cosmologist, Hincks has lived his life in the wake of those days of discovery. Space, the final frontier, has been there on the horizon of Hincks’ mind since at least 2000, when he began studying physics and astronomy at the University of Toronto. He would eventually join forces with scientists in the Atacama desert of Chile, and he still collaborates on the Simons Observatory and the Atacama Cosmology Telescope.

When it comes to learning the truth about the universe, Hincks is willing to go much further than just a remote mountain outpost in one of the driest places on Earth. He’s willing to go where the sun always shines and no rain falls — the surface of the moon.

“Yeah, I would love to go,” Hincks told Canadian Catholic News. “I’m not an astronaut, but if someone said there’s an observatory and we need someone to go and we think you’re the person for it — I would call up my provincial (superior) pretty quick.”

Fifty years after Neil Armstrong announced his arrival on the lunar surface with “one small step for man, one giant leap for mankind,” an observatory on the moon is not far fetched. China, India, Russia and the U.S.  have all recently committed to putting humans back on the surface of the moon. NASA leads an international consortium, which includes Canada, that has drawn up plans for a permanent moon station.

In due obedience to his superiors, Hincks is currently working on an advanced, pontifical degree that would allow him to teach theology.

For Hincks, theology and science are not warring sides of his personality. As a child of the space age, he has always known the search for truth has dimensions that reach beyond science.

“We want to know what our place is in the universe,” said Hincks.

“So, we’ve found out successively that Earth is smaller and smaller in comparison to the whole cosmos. Which is really important to know,” said Hincks. “But I think the trap we fall into is thinking that therefore we’re less important, as though size suddenly starts mattering when the numbers get big enough.”

Religion has always had an instinct for the vastness of the universe and the limits of human existence.

“What are human beings, that you think of them; mere mortals, that you care for them?” asks the Psalmist in Psalm 8:4. The truth about our unlikely, little blue dot and the minor miracle of its thin layer of atmosphere “can open us up to transcendence,” said Hincks. “But there’s always the trap that we get stuck there and we don’t go further to God.”

The scientific name for the insight gleaned by humans seeing Earth from space is the “overview effect.” This effect is specifically associated with the Apollo missions and the photographs of the Earth sent back from space. All kinds of astronauts, including Canadians Chris Hadfield, Roberta Bondar, Julie Payette and Marc Garneau, have spoken about how seeing the Earth from space changes their understanding and experience of being a mere human.

“To fly in space is to see the reality of Earth, alone. The experience changed my life and my attitude toward life itself. I am one of the lucky ones,” Bondar said.

“There’s a long tradition of seeing nature as a type of revelation. There’s the medieval notion of the book of nature and the book of Scripture,” said Hincks. “Yes, it’s certainly one approach to thinking about God, about the transcendent.”

Astronaut John Young is seen during his moon walk.NASA

But the moon landing also changed how religion, or at least the Church, sees science. Ten years after the moon landing, one of the first things Pope John Paul II undertook was to reinvigorate the Pontifical Academy of Sciences.

In 1992, on the advice of the Pontifical Academy, the Church formally apologized for silencing Galileo in 1633 under threat of torture, then keeping him under house arrest for the remainder of his life. By 1996 Pope John Paul II was unequivocally acknowledging the fact of evolution in the development of the human species.

“New findings lead us toward the recognition of evolution as more than a hypothesis,” the pope told the Pontifical Academy of Sciences in October 1996. “In fact, it is remarkable that this theory has had progressively greater influence on the spirit of researchers, following a series of discoveries in different scholarly disciplines.”

At play in St. John Paul II’s embrace of evolution is not just how a theory helps to explain a broad range of phenomena in the natural world. This new approach to science also reflects a clearer Church understanding of how knowing the universe through science helps to deepen our relationship to God through God’s creation.

“The question is, once you’ve done the natural sciences, if you’re going to ask metaphysical questions, ergo, in comes the Church,” said Denis Lamoureux, a professor of science and religion at St. Joseph’s College. “Therefore, we talk about evolution. We see it as God’s creative process…. Would this have happened back in 1960? No.”

Culturally, the moon landing elevated the place of technology in our lives. Once there were bootprints on the surface of our most familiar heavenly body, we were all free to sometimes angrily ask, “If they can land a man on the moon, why can’t they fix (insert personal frustration here)?”

“They can land people on the moon, therefore science is going to solve all our problems. I think that’s (an assumption) that’s deeply embedded in the culture,” said Lamoureux. Fifty years on, it’s an assumption that Pope Francis wants to challenge.

The Pope isn’t against science. His first degree was in chemistry and in his 2015 encyclical Laudato Si’ he affirms the science of climate change and uses science to drive home his arguments.

The Pope is against what Lamoureux calls “scientism,” a kind of intellectual overreach of science into metaphysics. Science can describe the universe, but it can’t explain it.

“As both a theologian and a scientist, I look at science as a very Godly act, in that it glorifies God,” Lamoureux said. “I step back and who gave me this great mind to do science? I think there is a Creator involved.”

London, Ont., Bishop Ron Fabbro most certainly does remember watching the moon landing with his family in Sudbury, Ont., the summer of 1969.

“I had graduated from high school. That summer I was waiting to go to Queen’s University to start my first year in math and physics,” he said. “I can remember it. I mean, it was anticipation — great anticipation.”

At university, Fabbro encountered an assumption that there’s no Heaven up there, no hell down there and no point talking about God. “It was certainly there in my courses, that religion was sort of the old mentality,” he said.

The future Basilian priest did not find his way to his vocation out of an angry rejection of science. He completed his degree in math.

There are some commitments, however, the bishop will not make. If the moon station needs a chaplain, NASA should look elsewhere.

“I definitely wouldn’t (volunteer for a turn on the moon station). I will take my chances back here,” he said. 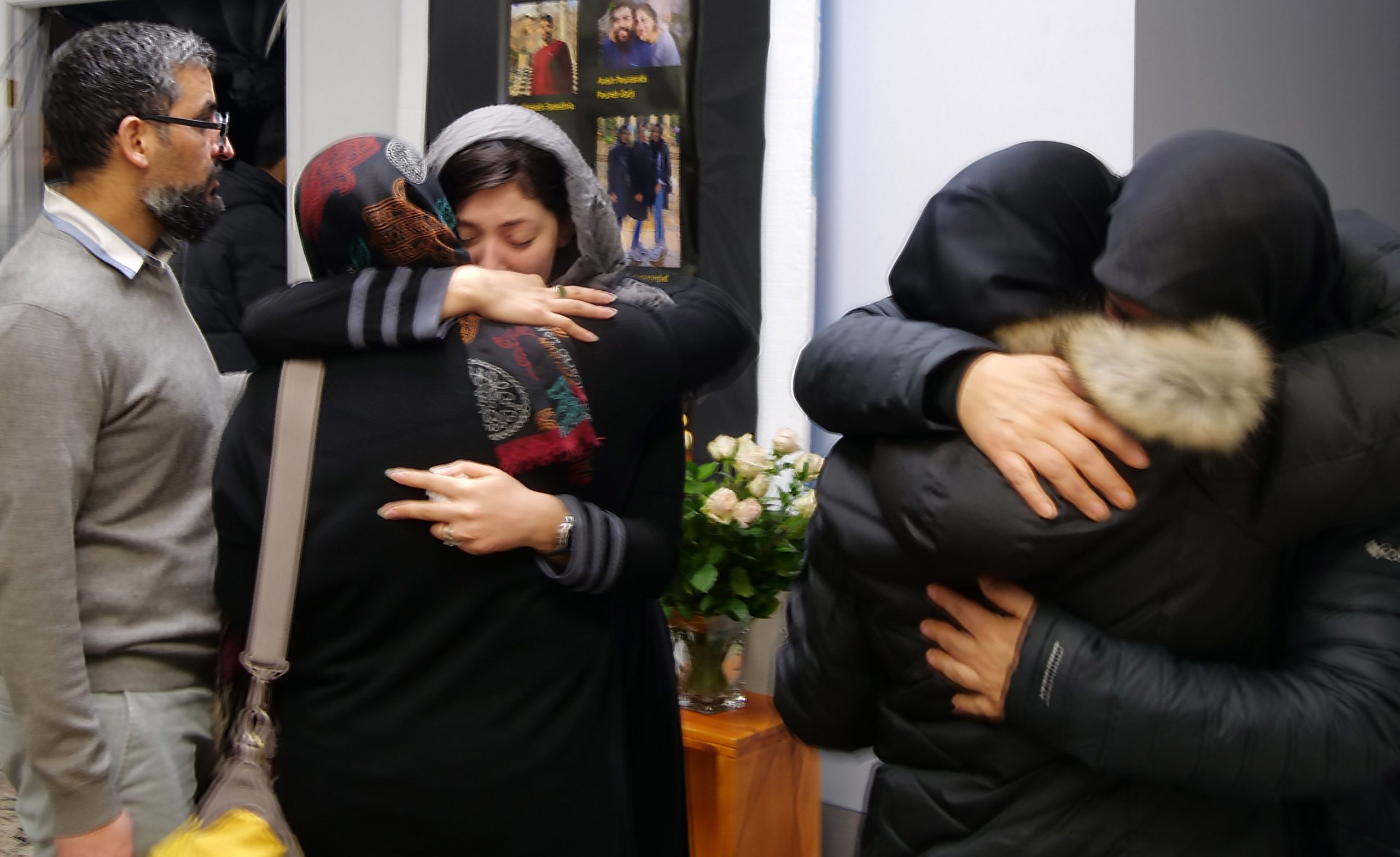