Skip to content
Rev. Thomas Rosica has stepped down as CEO of Salt and Light Media Foundation Grandin Media

Father Thomas Rosica has stepped down as CEO of Salt and Light Catholic Media Foundation, the latest chapter in a plagiarism scandal that has embroiled the Basilian priest since early this year.

Rosica, the founding CEO of the Canadian Catholic television network Salt + Light TV, was found to have plagiarized others’ work — including Cardinals Edward O’Brien and Walter Kasper, theologian Gregory Hillis and John Allen Jr. of the National Catholic Reporter — in lectures, blog posts and newspaper articles. Rosica has owned up to the charges first levelled by LifeSiteNews in February, and apologized for his mistakes.

He has been on sabbatical since March for “several months of rest and renewal.”

“After 16 years as the founding Chief Executive Officer, I have submitted my resignation to the Board of Directors of the Salt and Light Catholic Media Foundation effective today,” Rosica said in a June 17th statement. “It has been a great privilege to work closely with our founder, Gaetano Gagliano, his family and a dedicated Board of Directors on this media project. I am grateful for the young adults working with us who helped realize Gaetano’s vision for Catholic television and media.”

He went on to apologize once more for claiming others’ work as his own.

“I give thanks for the good that was done and for the blessings received, and I ask forgiveness for errors in not properly acknowledging individuals and attributing sources in my writings,” he said.

When the scandal broke, Rosica said he never wilfully plagiarized others and that he often relies on volunteers and colleagues to send him ideas that would become part of his lectures. He said he didn’t do the necessary checking into sources and took full responsibility for that oversight.

Tony Gagliano, chair of Salt and Light’s board and son of Gaetano, thanked Rosica for his leadership since the network was born out of World Youth Day 2002 in Toronto, of which Rosica was national director. He said Salt and Light has been “a great gift” to the Catholic Church in Canada and beyond and will continue under the interim leadership of Alex Du, its chief operating officer.

“The involvement of many young women and men on our various media platforms has made a positive difference in the lives of many people around the world,” said Gagliano. “We are grateful to Father Rosica for his leadership.”

Salt and Light TV has grown beyond being a television network over its 16 years. It now offers services as a production house, expanded into satellite radio, publishes a seasonal magazine and has launched a number of social media initiatives.

Rosica has held a number of high-profile positions with the Catholic Church and its entities, including English-language liaison at the Vatican summit on clergy sexual abuse in February and English-language media attaché of the Holy See press office. When the scandal broke in February, Rosica tendered his resignation to a number of these entities, including the collegium of the University of St. Michael’s College at the University of Toronto and the boards of the University of St. Thomas in Houston and St. John Fisher College in his hometown of Rochester, N.Y.

The Jesuits of Canada also withdrew an invitation for Rosica to receive its Magis Award for service to the Church at its annual provincial’s dinner in April. 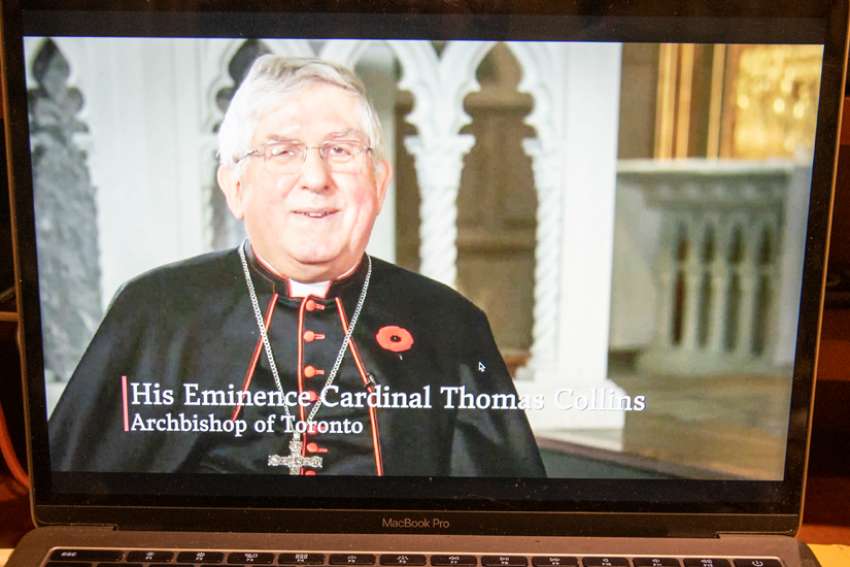