In the few weeks since the revelations of Rev. Thomas Rosica’s long history of plagiarism, it has been a prime topic of conversation in Canadian Catholic circles, and not a few of my Catholic Register readers have asked for my view.

I addressed it in my National Post column, as my colleagues there ran an extensive story on the matter after it had appeared online on LifeSite. I made no excuses for a long history of what — in both education and media circles — is usually a disqualifying offence. Yet I did not overlook the many fine contributions that Father Rosica has made for many years.

That seems to have captured the general response to Father Rosica’s plagiarism. The Congregation of St. Basil (the Basilians), to which Father Rosica belongs, issued a statement on the matter: “Plagiarism of any kind is wrong.  When it is committed knowingly it rises to the level of a moral offence. As a community of Catholic educators we condemn it, without qualification. At the same time, we embrace our brother despite this failing for which he has taken full responsibility.”

What’s next for Father Rosica? That’s largely a question for the Basilian order to decide and thus far there has been no public statement about that. The challenge for the Basilians is to ensure a proper priestly response, a response that is suitable from a community of priests toward a brother priest.

First, as we have learned so painfully over recent years, a proper priestly response is to be distinguished from clericalism, or priestly privilege.

There is no doubt that students, professors and journalists with a far less extensive record of plagiarism would face maximum penalties. The student may well be expelled and a professor dismissed. Likewise, a journalist with such a record would certainly be fired.

So it would be wrong to say that Father Rosica, because he is a priest, should be given privileges that a lay student, professor or journalist would not be given.

Father Rosica himself has acknowledged that, insofar as he has resigned from the three university boards of which he was a member. He has also suspended the daily e-mail he sent to hundreds of journalists, a compendium of Vatican news, writing that, “I will be concluding this service for some rest and personal renewal.”

That would seem to indicate that he will no longer have a role with the Holy See Press Office, as he has had in recent years. The Basilians would have to take the lead on that though, as Vatican standards for journalistic integrity are sadly lacking.

It was this time last year that Msgr. Dario Viganò, prefect of the secretariat for communications, lied to journalists about a letter from Pope Emeritus Benedict XVI. Viganò had asked Benedict to write a letter endorsing a series of books celebrating the theological sophistication of Pope Francis. Benedict declined to do so, on the grounds that some of the books were authored by longtime opponents of the papal magisterium of St. John Paul II. Viganò concealed that part of the letter in producing a doctored photograph of it for the press corps.

It was such a serious breach of professional and priestly ethics that Viganò knew he had to resign; a communications chief cannot continue if he manipulates documents in order to deceive.

But Pope Francis was less sure of what ethical standard should apply; he reluctantly accepted Viganò’s resignation, only to reappoint him as a chief deputy in the same department.

Father Rosica remains, of course, what he principally is, a priest. A lay student, professor or journalist would be dismissed and it would be up to him to find a new path. If the Basilians decide, understandably, that Father Rosica must be removed from educational and media work, that does not mean that he is cast aside, and hardly means that he has nothing further to offer.

To the contrary, a priestly response would endeavour to make his priestly service as fruitful as possible, for him and those he serves. While the Basilians are an educational order, they have other apostolates, and certainly a priest of Father Rosica’s experience and gifts could be of service to God’s people after his period of rest and renewal.

Meanwhile, spare a thought and a prayer for Rev. Kevin Storey, the Basilians’ superior general. Just elected to the post last summer, he had to deal last fall with the troubles at their flagship, St. Michael’s College School, and now with their most well-known priest. Not an easy first year.

– Rev. de Souza is editor-in-chief of Convivium.ca and a pastor in the Archdiocese of Kingston.

Ottawa-Cornwall archbishop gets another pallium as leader of new diocese 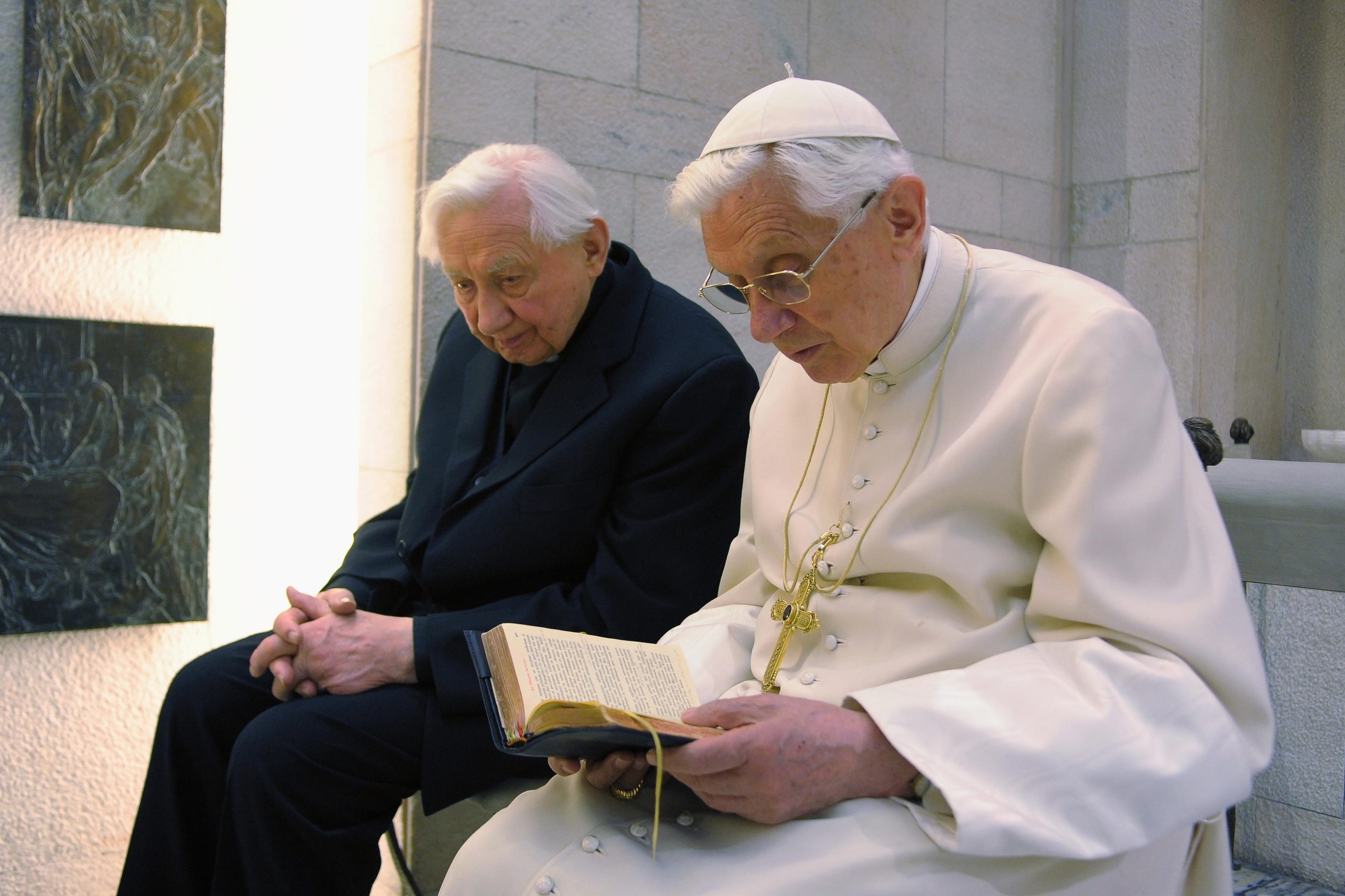 Pope Benedict travels to Germany to visit his ailing brother