Fawcett: With all these restrictions, it may well be that God is challenging our ideas of Christmas 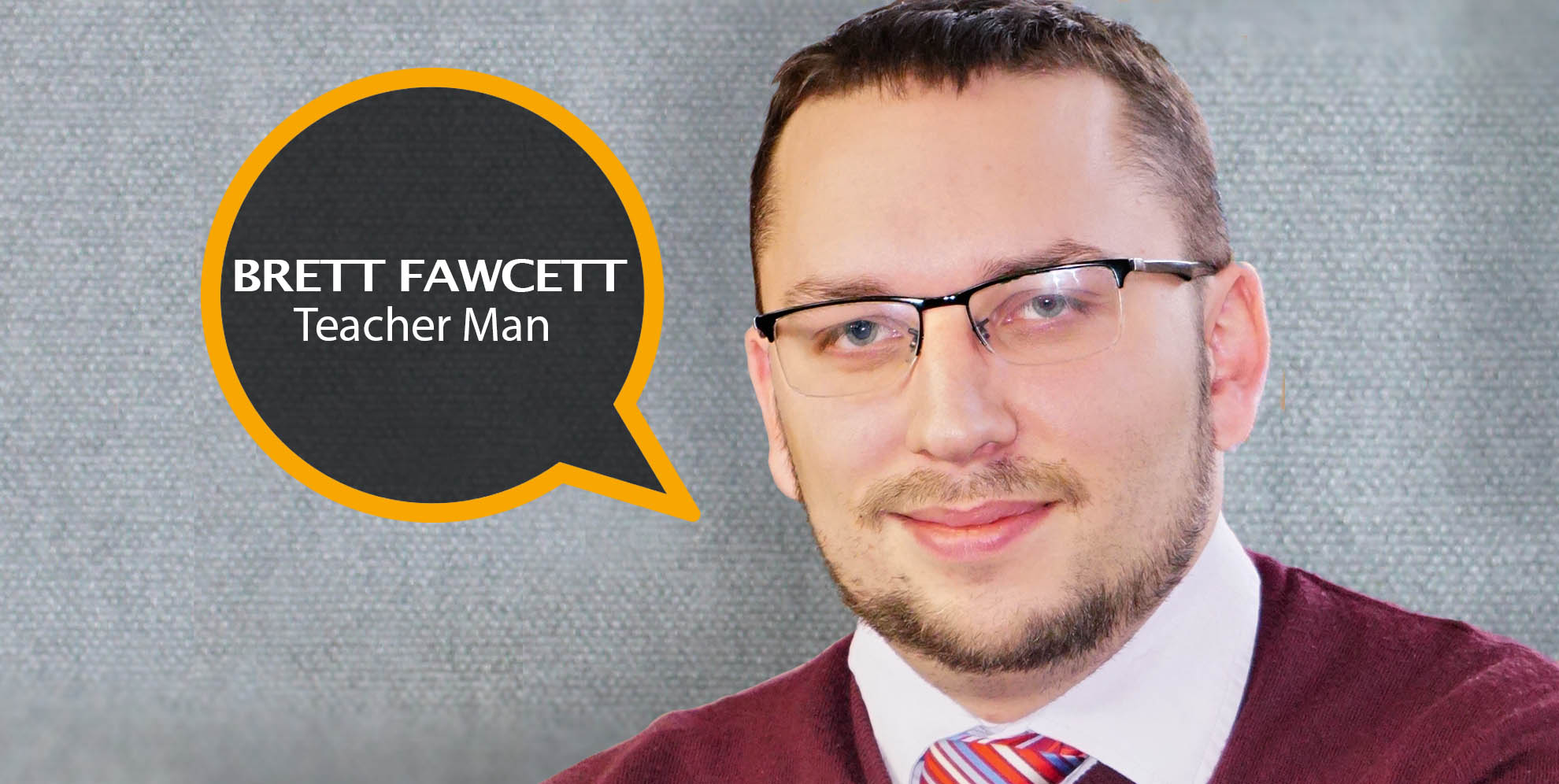 The recent restrictions on social, commercial, and religious assembly in western Canada have been predictably unpopular, and even fiercely rejected.

You don’t have to look far on social media to see indignant comments denouncing the lockdown, accusing those who follow the restrictions of “living in fear,” and brazenly announcing an intention to commit civil disobedience by visiting loved ones in flagrant disregard of the restrictions. “You won’t cancel my Christmas!,” these dissidents tell us.

Let’s be clear: There are different prudential judgments about how best to handle the spread of COVID. There are people who have studied the evidence, looked at the statistics, and have honestly come to a different conclusion than the government has about how to arrest the pandemic. This is fair enough and worthy of discussion.

But it is obvious that many people are embracing these arguments, not because they have carefully weighed the issues, but because they are (understandably) emotionally attached to their yuletide traditions and are stubborn about giving them up. If you pay attention to the language they use, it is quickly obvious that, for them, “Christmas” means (in addition to going to Mass) something like the warm and familiar experience of spending time with family and friends in a celebratory spirit. But this is not exactly the way the Bible portrays Christmas.

The first Christmas was observed by a small family who weren’t able to be where they wanted to be, or where they were comfortable, because they had to follow a government requirement. Maybe it was a dumb requirement; maybe the government was being a bit excessive in taking such a vast and sweeping census. That didn’t matter; the Holy Family obeyed them anyways, at great personal discomfort to themselves.

In fact, some New Testament scholars have suggested that we’ve been imagining the Nativity story wrongly. We are all used to Luke 2:7 being rendered in English as saying there was no room for Mary and Joseph at an “inn”, but the Greek word can also mean “guest room,” which is how it often appears in modern translations.

This gives the whole story a new overtone. After all, Joseph returned to Bethlehem because it was his family home; presumably, he would have gone to stay with his family, not at a hotel. It is easy to imagine the scene: Joseph makes the long journey to his childhood home–only to find out there is no room in the house and his bride must give birth with the animals. If this is the case, not being able to be with family because of government requirements might be the most “Christmas-y” experience you could possibly have.

In 2020, it may well be that God is challenging our ideas of what we expect Christmas to be. He may be calling us to undergo the mournfulness and penitence that the Bible and the Church’s tradition associate with Advent in a way that many of us never have. Advent, after all, is a time when the Church liturgically points us back to the Book of Isaiah. (All the O Antiphons, which we sing in “O Come O Come Emmanuel,” are taken from Isaiah, and the readings from Mass and the Divine Office are packed with Isaiah’s prophecies throughout Advent.)

This is a book full of sharp warnings, denunciations of sin, and calls to repentance alongside its warm and glowing promises of the coming Redeemer, the Suffering Servant. This suggests Advent, with its purple adornment, is meant to be a more melancholy time than we often let it be.

We had a similar experience earlier this year during Lent and the Triduum. Normally, it is hard to fully enter into the spirit of Holy Saturday, because we confidently know the Resurrection is coming; we are all preparing for the Easter vigil. This year, however, we weren’t sure if there would be an Easter liturgy. We had something like the actual experience of uncertainty and doubt that the Apostles had to go through at the first Easter.

The same is true for Advent: It is supposed to be a time of desperate yearning for the coming of the Lord and of God’s salvation, but our little Advent calendars full of chocolate remind us exactly when that day will come; we are counting down the days, which is different than hoping and longing.

This year, God has given us a genuine Advent experience: We really don’t know when our Christmas experience will come, when we will be able to be with our grandparents, drink with our friends, and exchange gifts with our relatives, and we hope and long for it to come as soon as possible.

This seems like an invitation from God to a deeper experience of trust in Him, of encountering Him once again in the desert. But many of us will spurn this because we want the familiar comforts of the holidays, like the well-known sweetness of Advent chocolates.

To that end, maybe we need to read Isaiah more closely, particularly passages like this one:

“In that day the Lord God of hosts called to weeping and mourning, to baldness and putting on sackcloth: but instead there was joy and festivity, killing oxen and slaughtering sheep, eating meat and drinking wine.” (Isaiah 22:12-13)

Celebrating and partying with friends and family when God calls for asceticism is a sin that calls down God’s wrath.

One of the themes of the book that recurs over and over again is a cautionary message to Jerusalem: Don’t assume that, just because you’re God’s people, you get a free pass. You are under the same obligation to take care of the poor, the weak, and the sick as everyone else, and you will be judged the same way as they will be if you fail to do so. In fact, if you don’t respect the Preferential Option for the Poor, God does not want your celebrations or even your liturgies:

“…bringing offerings is futile; incense is an abomination to me. New moon and sabbath and calling of convocation – I cannot endure solemn assemblies with iniquity … even though you make many prayers, I will not listen; your hands are full of blood. Wash yourselves; make yourselves clean … learn to do good; seek justice, rescue the oppressed, defend the orphan, plead for the widow.” (Isaiah 1:13-17)

This cannot be true of the Mass in the same way it was true of the imperfect sacrifices of the Old Testament; nevertheless, St. Paul also warns that mistreatment of others in the way you attend Mass is to eat and drink of the Lord unworthily and is to eat and drink condemnation (1 Corinthians 11:17-35). As St. John Chrysostom put it, clothe the poor before you clothe the altar.

In our context, the poor and the weak are those at high risk from dying from COVID, including the ill and the elderly. Maybe they are a small percentage of the population; so was the lost sheep that the shepherd went after. Matthew 25 still says that the nations will be judged for how we treated “the least of these.” Our job as a society is to protect them; it is what the Lord will ask us about on the final day.

As mentioned, there are different ways we could possibly achieve this. A lockdown is one example of a prudential measure that could be taken. Those who decry this as “living in fear” should review how paragraph 1806 of the Catechism informs us that prudence “is not to be confused with timidity or fear.” (Indeed, without prudence regulating it, bravery or courage can easily become foolhardiness and stupidity, which is why prudence should control all the other virtues.)

Maybe you have a different prudential assessment than the government does. (I am very sympathetic to the concern that this will lead to small businesses closing, strengthening the grip of wealthier and bigger corporations on the market.) Fine, but this does not absolve you from the responsibility to obey the government, even if you think it is making a stupid mistake. Romans 13 is clear that God has instituted the government as His “minister” and given it a sword to wield His judgment, and Pope Leo XIII, who wrote a whole encyclical on the divine origin of civil government, condemned anarchism, saying that “nothing is more pernicious and pestilent to the order of things whether natural or supernatural.”

As I once heard it put, if we take what God has revealed about civil government seriously, the traffic laws are the laws of God. The Bible does not say whether the emperor Augustus was right or wrong to have a comprehensive census; it simply says the Holy Family obeyed him. We are under the same obligations. (This is also something we will be challenged on when we stand before the Judgment Seat of Christ.)

Of course, this is a frustrating and difficult time. (You don’t need to tell me about it; I’m unable to come home for Christmas due to the virus and will have to spend it alone with my wife in a foreign land.) But God never promised us “a merry Christmas.” That was always a gift that we were never entitled to and should have received more graciously when we were given it. This is a time for us to honestly prayerfully ask ourselves: Do we want Christmas, or do we want the experience we always associate with Christmas? One of these leaves Christmas in God’s hands; the other greedily grabs it for ourselves.

So let’s remember something: Canon law allows for a person to miss Mass if they are taking care of someone who is sick or infirm. In so doing, that person has practised the charity that Mass embodies. They have, in a sense, observed Mass by being Good Samaritans. (Remember that the priest and the Levite did not help the wounded man because they had obligations at the Temple, but the Samaritan was the one who had truly worshipped God.)

This, collectively, is what we are all doing this Christmas. For the sake of others, and perhaps to grudgingly obey the civil authorities, we are giving up our comfort, our time with our families, and our celebrations with friends. What would Isaiah say? Do we still fail to see how much our situation is like the one into which Jesus Christ was born? If we give all this up prayerfully, asking God to reveal Himself to us in this cold wilderness and be born in our hearts in a new way, then we will not not ultimately have missed Mass. We will have truly celebrated Christmas.

“Believe me, a time is coming when you will worship the Father neither on this mountain nor in Jerusalem…God is spirit, and His worshipers must worship in the Spirit and in truth” (John 4:21b, 24).

Ed: The article has been corrected Dec. 30.