Houses of worship are receiving an extra measure of security in Canada’s federal budget.

With the wounds of the latest attack on a mosque in New Zealand still fresh, security for places of worship in Canada received some welcome news in the budget presented March 19 by Finance Minister Bill Morneau.

The government is pledging an additional $2 million per year toward the Security Infrastructure Program (SIP) that provides grants for places of worship, schools and community centres at risk to beef up their security through the better lighting, security cameras and other measures.

The SIP began as a pilot program in 2007 under the Conservatives to respond to attacks of vandalism against religious institutions. The Liberals kept the program, doubling its funding to $10 million over five years in 2017. That extra $2 million a year now becomes an extra $4 million per year until 2021-22.

“The Security Infrastructure Program (SIP) is an important initiative to help protect all Canadians’ right to be free to practise their faith and culture without fear,” Scott Bardsley, a spokesman for Public Safety Minister Ralph Goodale, said in an e-mail. “There is no social licence for hate, not in Canada.”

The SIP began as a pilot program in 2007 under the Conservatives to respond to attacks of vandalism against religious institutions. The Liberals kept the program, doubling its funding to $10 million over five years in 2017. That extra $2 million a year now becomes an extra $4 million per year until 2021-22.

In the wake of the attack like the one in New Zealand, all religious groups may need to consider their physical security, said Gary Stagg, director of Open Doors Canada, part of a worldwide charity serving persecuted Christians.

“The fear for me now is there will be retaliation for what happened in New Zealand in countries where Christians are already being persecuted, because of the fraternizing mindset that it incites,” said Stagg.

He noted last year was a “horrific year in Nigeria for Christians,” where more than 3,000 were killed for their religious faith. “Extremist groups were responsible for that,” he said.

Whatever the personal motivation of the New Zealand shooter, when attacks like this happen in the western world, in other parts of the world, “this equates automatically with Christianity,” Stagg said.

“Here we have attacks on mosques in a city called Christchurch,” Stagg said. In extremists’ minds “we’re all Christians. They will look at us as a Christian nation. So someone like this guy in New Zealand thinking he’s doing somebody a favour, it’s actually counterproductive, because he’s just fuelling extremists on the other side.”

“I know in many cities, mosques are having extra protection brought in especially on their day of prayer, which is Friday,” he said. “They are on high alert already.”

It’s hard to know what other religious groups are doing, he said. “It’s sad to think we would have to be adding extra security to public places of worship.”

“I think maybe some of the more prominent churches and faith communities that are perceived as being larger, more influential–it would be more of a concern for them, just because of their higher profile,” Stagg said,

“If someone was going to attack a Christian community, most likely they’ll pick one has a large profile.”

Applicants for SIP grants have two windows of opportunity to apply each year: from Dec. 1-Jan. 31 and from June 1 to July 31 each year.

“While Canada is fundamentally a safe and peaceful nation, we are not immune to tragedy,” said Bardsley. “Our government is always looking for ways to enhance the Security Infrastructure Program and continues to listen closely to safety concerns of groups at risk of hate-motivated crimes.”

Some religious groups have also been advocating for the SIP to include security training in the event of an armed attack.

Bardsley said the government has expanded eligibility criteria, widened range of eligible costs, such as implementing security measures inside as well as outside buildings, and reaching out to make sure diverse organizations are aware of the program.

Faith camps, conferences and events in limbo, leaders told in call with province 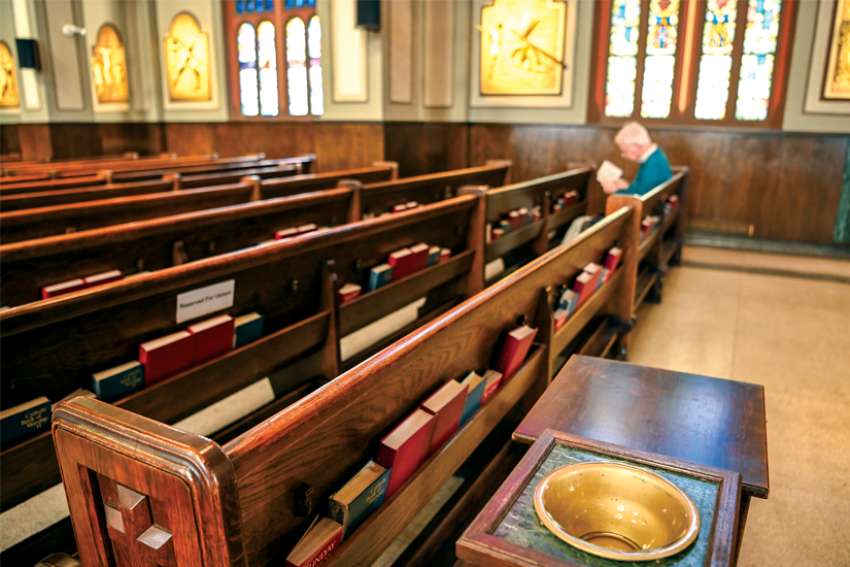 All churches closed in the Archdiocese of Toronto