“Pope Paul VI got a lot of things right, but it’s gotten crazier than he thought,” said Professor Janet E. Smith, author of Humanae Vitae: a Generation Later; and editor of Why Humanae Vitae was Right: a Reader.

The encyclical “more or less hit the world and the Church as a kind of explosive,” said Smith. “The Church has never been the same since 1968.”

It had a “profound effect” because it ignited dissent within the Church because the Pope did not, as expected, endorse the birth control pill, Smith told the Catholic Organization for Life and Family’s (COLF) conference on The Joy of Marriage: Embracing God’s Vision. Humanae Vitae at 50 May 31-June 1.

When the pill was invented, it was expected to ensure sexual freedom, advance happiness, make for fewer unplanned pregnancies, fewer abortions and control overpopulation, a big fear at the time, said Smith.

It would result in happier marriages because couples could have sex without fear of pregnancy.

“Contraception has not done that,” Smith said. “It has done the opposite.”
“I don’t think the expectations were unrealistic,” she said. “But if you want to control fertility, it has to be done morally.”

Pope Paul VI, who will be canonized a saint in late October, made several predictions about the effects of contraception, among them: the general lowering of morality; and lessening of respect for women, said Smith. “Whoever thought we would have the scourge of pornography we have today.”

“He predicted coercive control by governments over sexuality,” she said. Since then, we have seen the one child policy in China, and forced sterilizations in others, where doctors sterilize women without their knowledge or consent because their government forces them to meet quotas.

“He predicted we would treat our bodies would become machines,” she said, noting the rise of reproductive technologies and infertility treatments.

“One of the biggest demands for reproductive technologies comes from same-sex couples,” she said.

No one even 25 years ago predicted same sex ‘marriage’ or the transgender phenomenon.

The contraceptive pill has been “bad for male female relationships,” and has greatly changed the relationship, she said.

Tests have shown men are more attracted to women with fertile cycles because of the hormones they give off. Women on hormone pills that trick the body into thinking it is pregnant are attracted to a different type of man when her fertility is suppressed.

Pope Paul VI also had no idea about the higher incidence of breast cancer among women using hormonal contraception, she said.

It’s bad for the health of women and it facilitates sex outside of marriage, she said. It also contributes to poverty and social breakdown. In Detroit, where she teaches at Sacred Heart Major Seminary, 80 per cent of babies are born outside of wedlock, she said.

For the United States as a whole, the rate is 42 per cent. Children raised by single moms, living on welfare, “on the edge, really impoverished” is a “national disaster,” she said.

One out of five Americans is said to have an incurable sexually transmitted disease, she said. “Contraception causes and leads to abortion, because many forms of contraception are abortifacients.”

The pill contributes to divorce, she said, noting the divorce rate doubled between 1960 and 1975.

Though people had sex before marriage prior to the pill, they had less, and they “knew having sex led to babies and babies needed married partners,” she said. “Now people have multiple sexual partners before marriage. They don’t make good choices and they don’t work on establishing a relationship before marriage.”

Hormonal contraception is also harmful to the environment, she said. The hormones a woman puts into her body are secreted into the water supply.

“Fish can change gender because of hormones in water,” she said, noting that a study showed fish upstream of a sewage treatment plant in Boulder, Colorado were 50/50 male and female, but below the plant, females made up 80 per cent fish population.

“Whole fish populations are dying out,” she said. “Male fertility is being harmed.”

Separating sex from its procreative function “paves the way for same sex unions,” she said. “Once you say sex doesn’t have anything to do with procreation, but only about expressing physical desire for another person, why not same sex or multiple partners?”

“The document turns 50 this year, but the truth doesn’t turn 50,” said Patrick Coffin, author of The Contraception Deception, radio host and founder and CEO of Patrick Coffin media.

In 1965, the Second Vatican Council ended. The Council Fathers made an effect to return to the Sources of Christian revelation, the Church Fathers and Sacred Scripture to “make the teachings of the Church relevant,” he said.

In 1968, the so-called “Summer of Love,” we “began to see the beast of our culture unleased,” Coffin said, describing this false god as “the non-procreative orgasm.”

“Women always were the guinea pigs,” he said. “The birth control pill worked out really well for men because it enabled them to be beasts.”

“In this anti-authoritarian milieu, Humanae Vitae dropped into the height of the summer of 1968,” he said.

“If you believe that love and life go together in the marital act, all of opinions you have will be forged in one direction,” Coffin said. “If you believe they are uncoupled, the dominoes are going to fall in another direction in your life.”

“The teaching of Humanae Vitae is almost a perfect litmus test for Catholic orthodoxy in other areas,” Coffin said. “I never met a gay activist who believes in Humanae Vitae.”

The document of 31 paragraphs, in a “gentle, fatherly tone,” says that “true romance has to be human, faithful, fruitful and total,” he said.

“The world wants to tell us that unplanned pregnancies happen because of broken condoms, or the pill was forgotten, or an IUD malfunctioned,” Coffin said. “Pregnancy happens because of sexual intercourse.”

He objected to the language of “protection” in contraception, because “in sex, I’m protecting myself against a little innocent baby.”

Each country that liberalized contraception had to have their abortion law adjusted because of the “increased pool of people willing to have this ‘protected sex,’” Coffin said.

Smith pointed out all Christian churches opposed contraception until the Anglican Lambeth Conference permitted it under rare circumstances in 1930. Catholics were well-catechized in the teachings on contraception until after Vatican II. You could tell Catholics “by the size of their families”, she said. 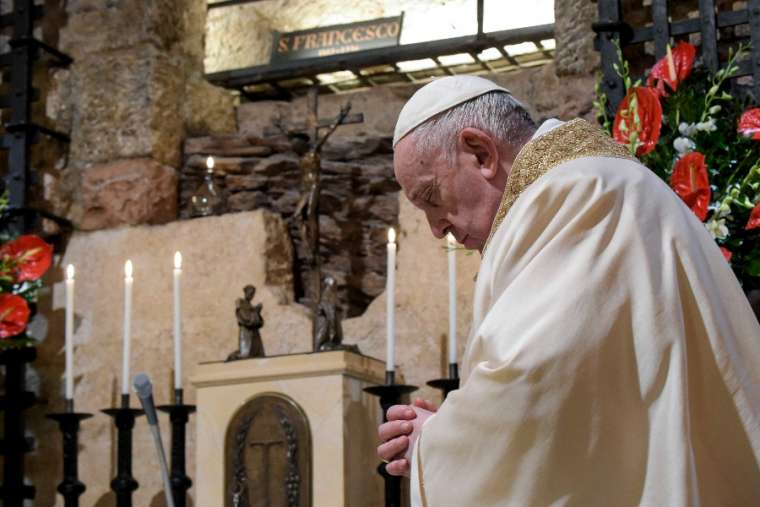