The people of the small, remote town of Fort Simpson, N.W.T., say it’s a prayer answered.

The new church officially opened just days before the 30th anniversary of what many residents consider another answered prayer – the detour that St. Pope John Paul II took to keep a promised visit to the roughly 1,200 people who live here, about 600 kilometres west of Yellowknife.

It was standing room only inside as parishioners, supporters, First Nations elders and chiefs gathered to help celebrate that they finally have a new place to worship in the Deh Cho region and its largely Dene communities.

“It’s a beautiful gift. It’s like people’s prayers have been answered,” said Mike Cazon, a Dene from nearby Trout River, who has been attending Sacred Heart Church since he was a child.

Parishioners had been attending Mass in a school gym for five years after the old building – built in 1923 – was condemned and demolished.

“It’s almost unbelievable that this long-time dream of the people of this region is becoming a reality,” added Rev. Joe Daley, the pastor of Sacred Heart.

People gasped audibly as they entered the new church, with its gleaming blue-and-pale-brown interior and vaulted hardwood roof, many of them seeing for the first time how the design has mixed the present with the past.

The steeple and bell from the old church building was saved and placed on a concrete base in front of the new one. Both are signature symbols of the churches built by the Oblate Brothers of Mary Immaculate in the Northwest Territories.

Ornate wood-relief Stations of the Cross, written in French in honour of the Oblates, hang on the walls. And the baptismal font, altar and podium – handcrafted from local diamond willow – have been saved from the old church.

The church building opened thanks in part to the Archdiocese of Edmonton, which contributed through its Together We Serve annual appeal, as well as donations from the local community, private donors, Catholic Missions in Canada and the Diocese of Hamilton – which announced that it was forgiving $50,000 worth of the loan it made to the Diocese of Mackenzie-Fort Smith.

But “the church is not about the building. It’s about the people,” Bishop Mark Hagemoen said during Mass, a large part of which was translated into South Slavey, the local Dene dialect.

And indeed, building the new Sacred Heart Church was a big community effort. Parishioners raised about $300,000 on their own through bake sales, raffles and even a pool on when the ice would break in Fort Simpson, which lies at the confluence of the Mackenzie and Liard rivers.

Too shy to come inside, Billy Villeneuve sped away on his tricycle. Villeneuve was a major fundraiser for the new church.

Father Daley also singled out Billy Villeneuve, an older parishioner who single-handedly helped raise more than $80,000 for the new church by collecting bottles and cans for recycling for years.

“That served as a catalyst to motivate other people to do other projects.”

Villeneuve, who rides around town on a tricycle with a basket, was too shy to even come inside the packed Sacred Heart Church, but he looked through the window until Mass was over. Then he quickly sped off.

It’s a bittersweet time for Bishop Hagemoen, who is credited by parishioners for moving the Sacred Heart Church project forward. Days before the church opening, he was appointed the new bishop of the Diocese of Saskatoon.

“I’m sad to leave Mackenzie. There are some relationships here that I think will last a lifetime,” said Hagemoen, who has been in the Northwest Territories for less than four years.

For the Dene in Fort Simpson, the new church represents a new beginning after the history of Catholic residential schools, including Lapointe Hall which was located opposite Sacred Heart Church before it was torn down.

“Today it was really impressive because they kind of acknowledged the aboriginal perspective,” said Mike Cazon, who attended both Lapointe Hall and Bompas Hall, the Anglican residential school.

“The key issue now is forgiveness and living in the moment.”

Melissa Hardisty, who was raised Catholic before she left the Church, agrees.

“To me, what I think, it’s a new start, because the church that was here was a ‘residential’ church. Now that we have a new church, it shows us that we can have a new beginning,” said Hardisty.

She now hopes her daughter will be among the first to celebrate First Communion there.

After the consecration Mass, a special service at the site of the papal visit in 1987 gave Fort Simpson a chance to mark three decades since Pope John Paul’s visit to the town. 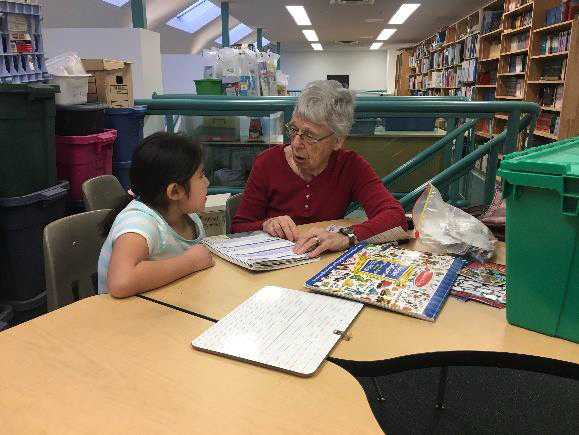