After the wedding, and after a couple has settled into the routine of careers, kids, and soccer practice, is there a faith foundation to build on? Or are they living on shaky ground when times are tough?

“Honestly, I do feel that if a marriage isn’t lived close to God, close to the Holy Trinity, close to Christ, this is a real challenge,” said Dr. Matthew Levering, an internationally recognized Catholic theologian, author and editor. “Reconnecting to the primal realities of our faith – God working through Christ – to me that’s a fundamental matter.”

Levering delivered this year’s Anthony Jordan Lectures, a series dedicated to the memory of the archbishop who founded Newman Theological College. Dr. Levering’s topic was the Catholic Theology of Marriage, and his March 2 lecture comes at a time when the whole idea of marriage is in limbo.

Traditional married couples still represent the majority in Canada, but common-law marriages represent more than one-fifth of all couples, according to Statistics Canada.

Increased separation and divorce rates also have led to a greater number of single-parent households: at 28.2 per cent, it’s the highest proportion since Confederation.

In light of those numbers, Levering said he’s concerned about the trivialization of the sacrament.

“I feel that today we tend to be dealing with the fact that marriage seems to be a personal lifestyle choice,” Levering said in an interview.

“Marriage is more for just enjoying yourself with a partner. Go to a beach in Cancun, maybe have a kid for your old age, that kind of thing.”

“That adds a lot of stress because it puts a lot of pressure on the couple to entertain each other, and eventually they go looking for entertainment elsewhere.”

Even the definition of marriage itself seems to be an open question. Statistics Canada measured 64,575 same-sex couples in Canada in 2011, up nearly 20,000 from five years previous.

Seeing the uncertainty, Levering wants co-habitating, male and female couples to focus on living in faith as a foundation for marriage.

“We don’t want to start with people thinking about rules. First, let that couple seek a living relationship with God,” said Levering, who teaches theology at the University of St. Mary of the Lake, the major seminary and school of theology linked to the Archdiocese of Chicago.

“They may be getting a misimpression of the Catholic Church. They may be thinking of this as rules or age-old traditions. Actually, we’re just talking about the living God.”

The Catholic view of marriage, Levering notes, is that – long after the ceremony – it’s a lifelong commitment and expression of faith and self-sacrifice with Jesus Himself as the model.

However, most Catholic couples don’t see it that way.

“They don’t necessarily see it as connected with the deeper dogmatic realities of our faith. They may see it tied up with controversial moral issues, but they don’t often see marriage as closely tied with Jesus Christ, the Church and the Holy Trinity,” said Levering.

Levering’s advice to couples is to keep their faith as the centre of their marriage by attending mass, participating in the sacraments, and even saying the Our Father or a decade of the rosary together.

In tough times Levering said the couple that prays together, stays together.

“It sounds almost trite, but the thing is, these are realities. Before you go to sleep, as you’re turning off the light, say some prayers together. It’s essentially offering gratitude to God, asking God to bless you and to come into your marriage. It’s not complicated.”

Levering knows that from personal experience. He and his wife Joy have relied on faith and prayer throughout their 25-year marriage, raising six children aged 21 to 9, and moving from Dayton, Ohio, where he taught theology and the family lived a comfortable life.

“I felt like I needed a change, but my wife was happy where we were – to me that was the toughest time. But my wife says the toughest time was the first year of marriage, where you’re actually getting used to living with a different person,” Levering said.

“I honestly don’t think there’s any easy way to get through the stressful times in a marriage. You have to depend on the fact that marriage is a life commitment. People who don’t have that sense of marriage … oftentimes it feels like the very foundation of their marriage is shaken by almost anything, but certainly by a really stressful situation.”

In those situations, Levering said Catholic couples need to fall back on God and their faith in Him.

“It’s not necessarily clear how it’s helping at the time, because stressful things are just stressful,” he said. 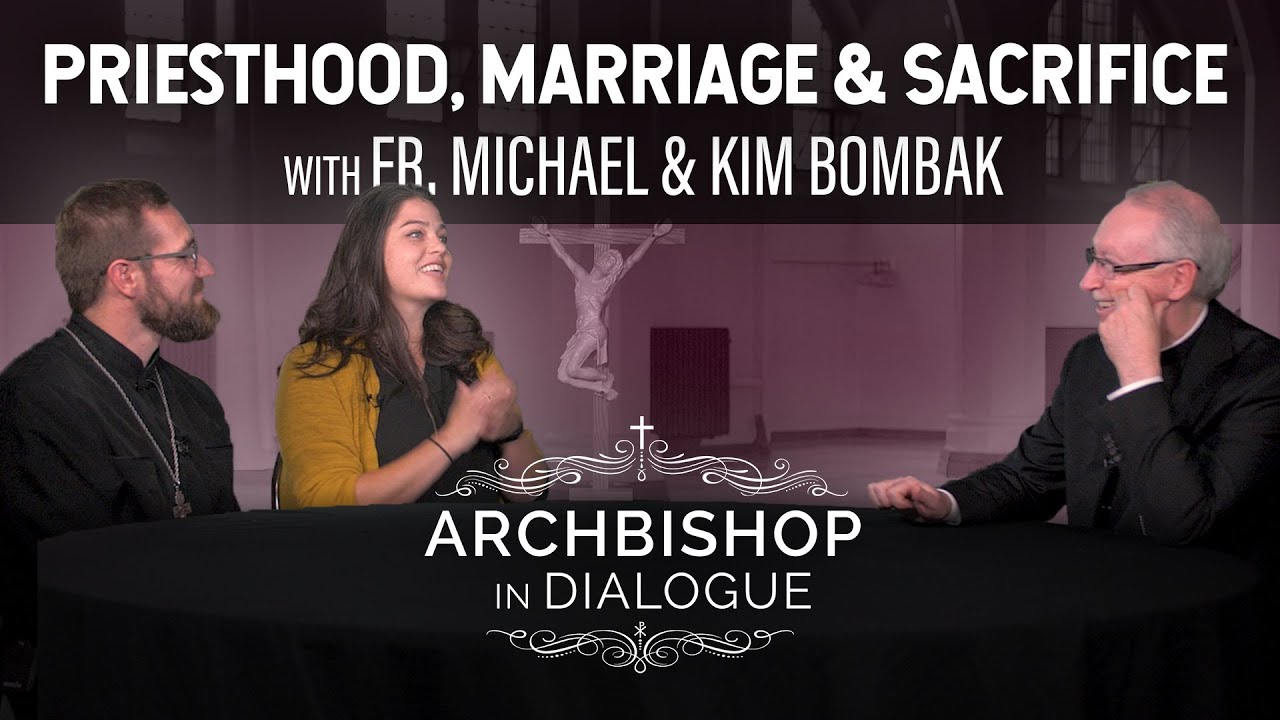