COLUMN: MY CUP IS HALF FULL

The world watched with rapt attention as 33 trapped Chilean coal miners were rescued from 2,000 feet below the ground. They had been captive for 68 days. Many rescue experts were skeptical a rescue could be accomplished. But one by one the miners were lifted to the surface, in a capsule that slowly travelled through a long, narrow tunnel the equivalent distance of two hundred storeys.

As the last of the miners and rescue crew were lifted to safety, some media outlets estimated that a billion people around the world watched from their televisions or computers.

The miners emerged from the tunnel wearing sunglasses to protect their eyes after months in the dark. They were allowed a brief few moments with their families then were whisked away to a hospital for medical observation.

It truly was a good news story and a testament to human concern for others. The world witnessed a striking example of human ingenuity and goodness that is willing to go to extraordinary lengths and take great risks to save people in dire need of help.

Canada, the United States and other nations helped Chile mount the colossal rescue effort. The Chilean rescue was a poignant illustration of the importance of being part of the greater human community.

I noticed a number of striking Christian metaphors in the story of the Chilean miners rescue. The most obvious was the plight of people cut off and doomed to apparent death in darkness. Someone descends to help rescue them and provide a way to ascend from darkness into light and renewed hope of life. (Some commentators even used the word “rebirth” to describe the miner’s rescue.)

There was only one way out. The men needed to have faith it would work. Each man had to accept the provision that was provided to deliver them from their predicament. Each individually had to place their faith and fate in that provision. They emerged at the surface into the most incredible sense of love that was almost palpable as their families, country and the world waited to welcome them.

Many of the trapped miners were spiritually changed as a result of their ordeal. One Chilean miner was quoted as saying that “There were 34 of us, not 33, because God never left us down there.”

Another emerged from the capsule and dropped to his knees in prayer. Still another miner said that while trapped beneath the earth, a spiritual battle raged within him. Mario Sepulveda Espinace said, “I was with God and I was with the devil, but God won. I held on to God’s hand. . . . At no point in time did I doubt that God would get me out of there.”

But within a day of the rescue, the spiritual purity that the world witnessed became threatened. Hollywood film producers, television networks, newspapers and magazines clamoured for the miners’ stories with promises of fame and riches in order to get an exclusive story. Book deals are in the works, with offers of huge advances.

Will the miners be swept away with new-found celebrity, wealth, adulation and forget the 34th Figure who never left them in the mine? I pray they will take it all in stride and use their fame to further the kingdom of God on earth.

In a wider eternal sense, the miners symbolized a lost human race, cut off in spiritual darkness. Jesus Christ descended from heaven as the rescuer to deliver humanity from sin and reunite us with the perfect Father of life and light.

Christ’s death and resurrection are the vehicle of rescue and reconciliation. All that humanity needs to do is enter that vehicle through faith and repentance.

At first, when a person emerges into the light of Christ’s truth and love, he may find the light too bright to bear and so God may protect the individual’s spiritual eyes by revealing the penetrating light in stages. I believe that is the purpose of the human pilgrimage toward the celestial city. The path there is well trodden by other pilgrims throughout the ages.

Granted, there will be some people who become distracted by the things of the world, lose their way and turn from Christ. But some continue their journey, their eyes adjusting to increasing spiritual illumination, until they finally enter the gates of heaven and into the eternal joy that is theirs’ in Christ Jesus.

There will be no more darkness, no more tears, no more fear or sorrow of separation. He who was present with the 33 miners will forever be with those who love him. 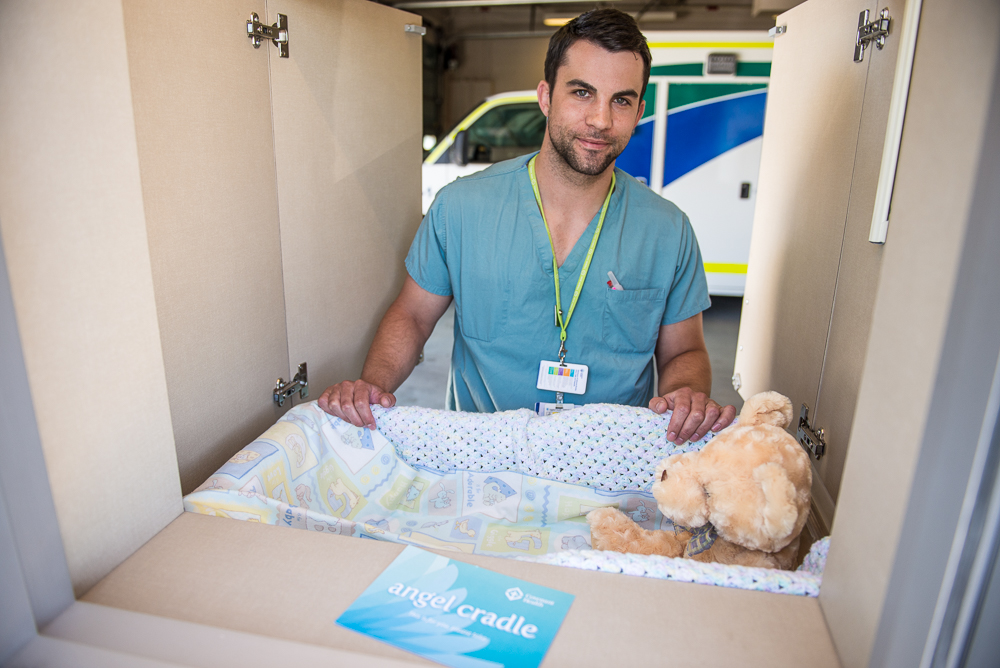