Skip to content
Archbishop Murray Chatlain of and Elder Rosella Kinoshameg, centre, are co-chairs of the Our Lady of Guadalupe Circle, which has been asked to help Ottawa with reconciliation efforts.Canadian Catholic News

The Minister of Indigenous Affairs has asked the Our Lady of Guadalupe Circle, a coalition of Catholic groups, to help government efforts to obtain a papal apology on Canadian soil for Indian residential schools.

“As an essential component of healing and reconciliation, the survivors of Canada’s Indian residential schools and their families deserve an apology from the Pope on behalf of the Roman Catholic Church,” said Indigenous and Northern Affairs Minister Carolyn Bennett in a May letter co-signed by Senator Murray Sinclair, the former chair of the Truth and Reconciliation Commission (TRC) and NDP MP Charlie Angus who recently co-sponsored a motion to invite a papal apology that passed the House May 1 by 269 to 10 with all-party support.

“As you may be aware, Prime Minister Justin Trudeau has been very clear about the Government of Canada’s commitment to reconciliation, including the implementation of all 94 Calls to Action of the Truth and Reconciliation Commission,” the letter said.

Call to Action No. 58 asks for the Pope to apologize on Canadian soil for the for “the Roman Catholic Church’s role in the spiritual, cultural, emotional, physical, and sexual abuse of First Nations, Inuit, and Métis children in Catholic-run residential schools.”

“We would like to invite representatives of the Guadalupe Circle to join us at a discussion table with residential school survivors to discuss with them the role the Circle can play toward obtaining an apology and to advance the cause of reconciliation,” said Bennett, Sinclair and Angus in the May letter to Circle co-chair Archbishop Murray Chatlain of Keewatin-Le Pas.

“We were surprised to get a letter from the Minister,” said Archbishop Chatlain in an interview. “We had asked for a meeting a couple of years before and she wasn’t able to make it.”

“One of the positives is that they’re at least aware of the Circle and are interested in meeting with us, which we also have an interest in doing,” said the archbishop.

“We’re preparing a response [to the Minister’s letter], but that’s going to take a little time,” Archbishop Chatlain said. “It’s a response that doesn’t commit all of the parties that are part of the coalition, basically saying we’ve received this, we talked about it and we are open to having a meeting to discuss matters further.”

The Circle is a coalition of seven Catholic groups, including the Knights of Columbus, the Catholic Women’s League, Development and Peace, the Canadian Religious Conference, the Canadian Catholic Aboriginal Council and Indigenous peoples. It was formed by and includes the Canadian Conference of Catholic Bishops (CCCB). It held its first official meeting in December 2016.

The mission of the Circle is to renew and foster “relationships between the Catholic Church and Indigenous people in Canada” and one of its purposes is to “assist Catholics in engagement with the Truth and Reconciliation Commission and its Calls to Action,” according to the CCCB website.

Asked whether he had any concerns about government pressure or that the Circle might be co-opted, Archbishop Chatlain said, “I think all of us are conscious of trying to make this not just about politics.”

“We’re in this for the long term and about having long term-healthier relationships for reconciliation and the betterment of Canadian society as a whole,” Archbishop Chatlain said.

“We want to step way back from what’s been happening,” he said, referring to the present political context. “Overall, there has been a lot of progress on Aboriginal issues, and on the understanding of Aboriginal culture and languages. We want to keep that.”

“Any type of work like this requires a lot of patience,” he stressed. “There are always going to be frustrations and a desire to move faster. I’ll be working with this for a long time, as will the others.”

As for a papal apology, Archbishop Chatlain said he expects it will happen “when the time is right.”

“We don’t just act individually for our own interests,” he said. “You have to have a lot of discussions, it’s going to take time for events, for the right time and the right place.”

“Once you start to plan details around a gathering or an event like [a papal visit], you start to realize how many issues are at play and it’s going to take a lot of work to do it well, a lot of work for it to be a real positive and meaningful step,” he said.

“The bishops are really wrestling with Call to Action #58, taking it seriously, and want the response to be as healthy a response as possible,” Archbishop Chatlain said.

“That’s our response to government. We say to our Catholic people, please keep praying and we are working at having that appropriate response.”

Bennett had sent the CCCB president Bishop Lionel Gendron of Saint-Jean-Longueuil a letter Apr. 26, requesting a personal meeting to discuss setting up a discussion among the bishops and residential school survivors.
According to the CBC, Bennett wrote: “”I would be happy to facilitate a meeting … to personally hear what an apology would mean to them and how it is crucial to reconciliation in Canada.”

A spokesman for Bennett’s office was unable to provide CCN with a copy of the letter, but confirmed the Minister had received a reply from the CCCB President.

The CCCB, however, would not comment on whether Bishop Gendron had replied to Bennett’s letter.

“The CCCB will release any information if and when the president decides it may be appropriate,” said the CCCB’s director of communications Deacon Rene Laprise in an email. 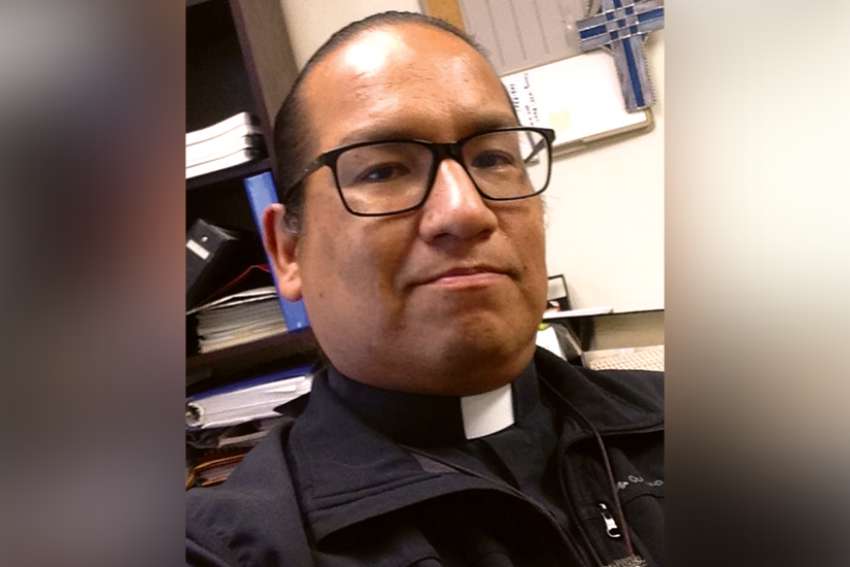