They call her kokum — “grandmother” in Cree.

Like any grandmother, St. Anne, the mother of Mary and grandmother of Jesus, casts a watchful eye, especially in difficult times — and this is one of them.

The annual Lac Ste Anne Pilgrimage normally attracts thousands of pilgrims, mostly First Nations people, to the lake west of Edmonton. While the pilgrimage itself is more than 130 years old, Indigenous people considered it a sacred place for generations before that. They come to Lac Ste Anne in prayer, seeking St. Anne’s intercession and healing for themselves and their loved ones.

But this summer there are no crowds. The COVID-19 pandemic has forced the July 25-29 pilgrimage to go online. It’s a difficult adjustment for First Nations elders who have relied on St. Anne as their grandmother, regardless of their age.

“For me, personally it broke me. I cried for two days,” said Ella Arcand, who has been coming to the Lac Ste Anne Pilgrimage every year since 1944. “To have no pilgrimage, it’ll never come back once we give it up. We’ve lost it.”

“Grandmother Ste Anne, she is a big part of our pilgrimage here,” she said. “She is our loving grandmother who prays for us.” Rain is a member of the Alexis Nakota Sioux Nation, whose traditional territory includes Lac Ste Anne – known by the Cree as “God’s Lake” and held sacred for its power to heal body and spirit.

“I know myself as a grandmother, I love my grandchildren to depths of my heart, and I know that she loves us and she intercedes for us to Jesus. And I’m very thankful.”

The move from an on-site to an online pilgrimage has brought back memories for elders who have attended Lac Ste Anne, and the message that pilgrims are physically distant but spiritually as close.

“I remember from way back, when the old shrine was there, coming here with my parents. I remember the tall grass and the corn on the cob,” said Rain. “I still look forward to coming to these holy grounds.”

Rain was among a small group of elders who visited the Lac Ste Anne site to participate in a recorded praying of the rosary in multiple First Nations languages.Matthew Bodnarek, Grandin Media

Rain was among a small group of elders who visited the Lac Ste Anne site to participate in a recorded praying of the rosary in multiple First Nations languages. “It’s a good feeling to know that the Church still loves this place and the pilgrims will still acknowledge this place as a place of prayer. It’s a place of spiritual growth.”

Chief Rod Alexis remembers coming to Mass with his grandmother from the time he was three or four. They would stay at church for hours, trying to keep their youthful rambunctiousness in check. They would stay and venerate the relic of Ste Anne, a fragment of her bone, kept in the old shrine.

“I think our grandparents were trying to teach us to be pious. Today the pilgrimage still continues. It seems it grows more and more every year,” said Alexis, a former chief of the Alexis Nakota Sioux Nation, whose grandfather signed the original Treaty 6 with the Canadian government.

“A lot of our people make a commitment to walk [to the pilgrimage site]. Some of them come from way up north. It’s a very important part of our lives, especially the water itself. For us, we use it in our sweats and everything.”

As part of the recording for this year’s pilgrimage, Chief Alexis performed a smudge ceremony, burning sweetgrass for the duration of the opening Mass, the smoke billowing and rising toward heaven.

“As you pray in the smudge, you tell the Creator to cleanse your mind, your spirit, your soul, so the words they tell you will have impact for you to have a clear mind so you’ll be able to concentrate,” Chief Alexis explained.

That commitment to prayer rose to a new level with the rosary in Cree, Dene, Nakoda, Blackfoot – languages spoken across Western Canada before the arrival of Europeans. It’s one of the unique events this year as organizers continue to share the spirit of the event.

Rev. Susai Jesu said the idea came from his own experience at Sacred Heart Church of the First Peoples in Edmonton, where during the COVID-19 pandemic, parishioners have been praying the rosary regularly in English and in Cree.

“It’s beautiful not only to have the languages, but it brings unity among us because the prayer is one word for all of us even if we pray in a different tongue, different language, and different culture.”

“When they hear, wow, this is their language. I love to hear that. So there is this bond taking place when they hear these different languages because the language is of the land. It brings basically connection within, that we are one family, particularly Indigenous families.”

Elders were enthusiastic about participating in the multiple-language rosary, so much so that Father Jesu travelled to Calgary to record an elder praying her decade of the rosary in Blackfoot. The traditional Blackfoot territory is located about 800 kilometres south of Edmonton and extends into the (now) United States.

“The elders have a special role in the Indigenous community,” Father Jesu said. “That’s the way the Creator meant it to happen.”

Praying the rosary in different languages is a testament to sharing culture, he said. As with most languages, no word can be directly translated, equally, from one First Nations language to another. But that doesn’t matter.

“People may not understand it and yet they want to hear, plus they want their children to hear that ‘This is our language,’” Father Jesu said. “Even you don’t speak or I don’t speak, there is a fear of losing the language. There’s more interest, inspiration, coming from them. Some family members might say ‘Come and listen, this is our language. You need to learn.’ It’s a way of giving a lesson to their children.”

“When you pray in a language that is spoken by them, normally they close their eyes and can feel the interior connection within their whole being connected to the Divine, because they mean what they say. It’s a deep down connection.”

That sense of connection extends to Father Jesu himself, who learned Cree while serving in remote communities in northern Saskatchewan and now speaks fluently. He’s also learning to speak Dene – at least enough to be able to pray the Hail Mary and Our Father, to have that connection with native speakers.

Father Jesu tried but couldn’t get an elder to pray in Inuktitut, but he plans to do so next year.

Organizers plan to make the multiple-language rosary a new tradition that builds on the generations-old tradition of the Lac Ste Pilgrimage itself – one that goes on in spite of difficult times.

Earlier this year, when COVID-19 put the pilgrimage in limbo, Ella Arcand said her husband Dan planned at the very least to have a traditional pipe ceremony at the Lac Ste Anne site in lieu of the event.

But the Arcands went from devastation to elation when plans were announced for an online event.

“Oh God, I was so happy. I was so happy,” Arcand said. “I phoned my grandkids, my kids, ‘it’s going to happen.’ It is happening. The good Ste Anne really opened her hands, and her heart, to us her grandchildren and her great-grandchildren.” 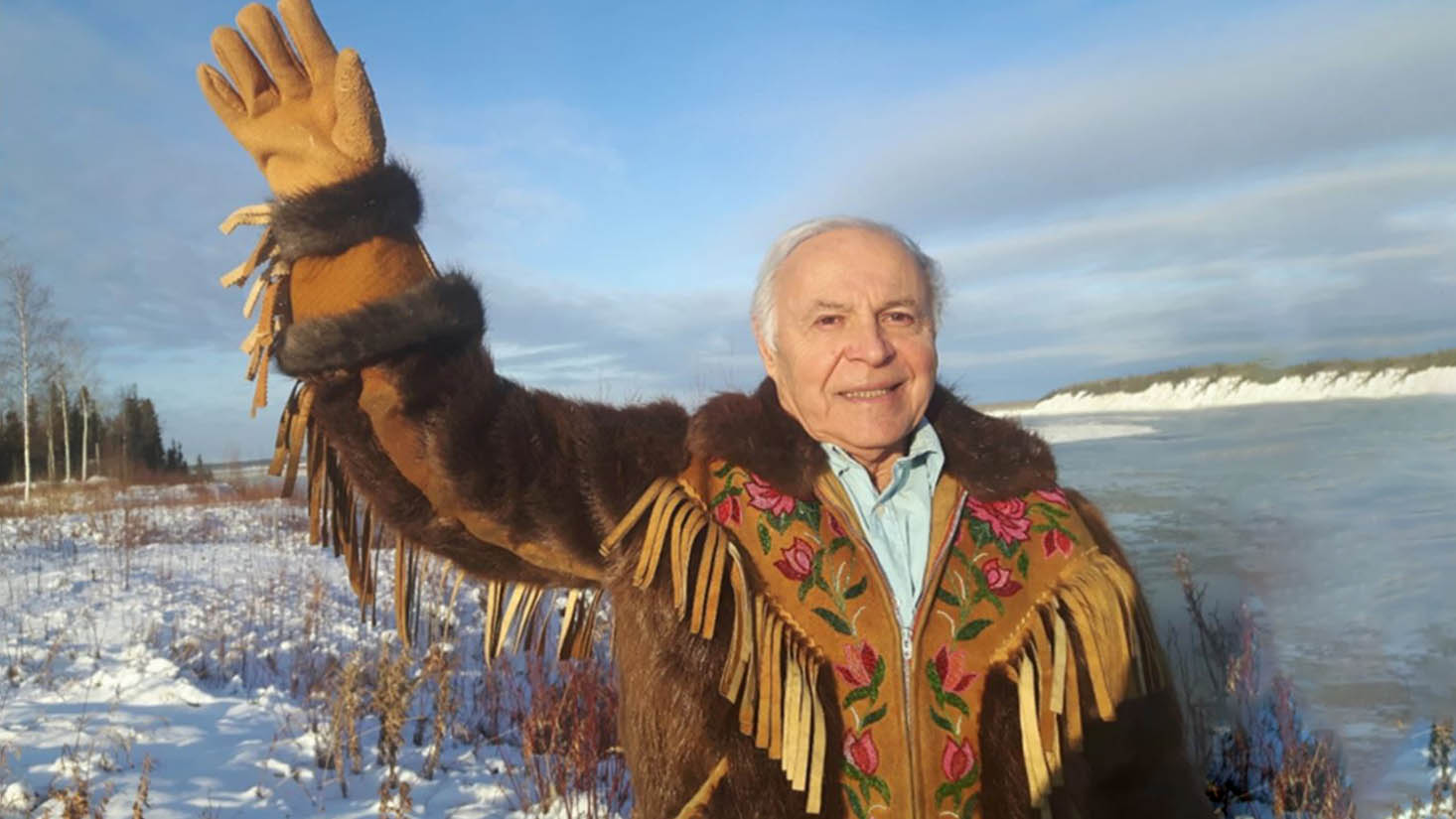 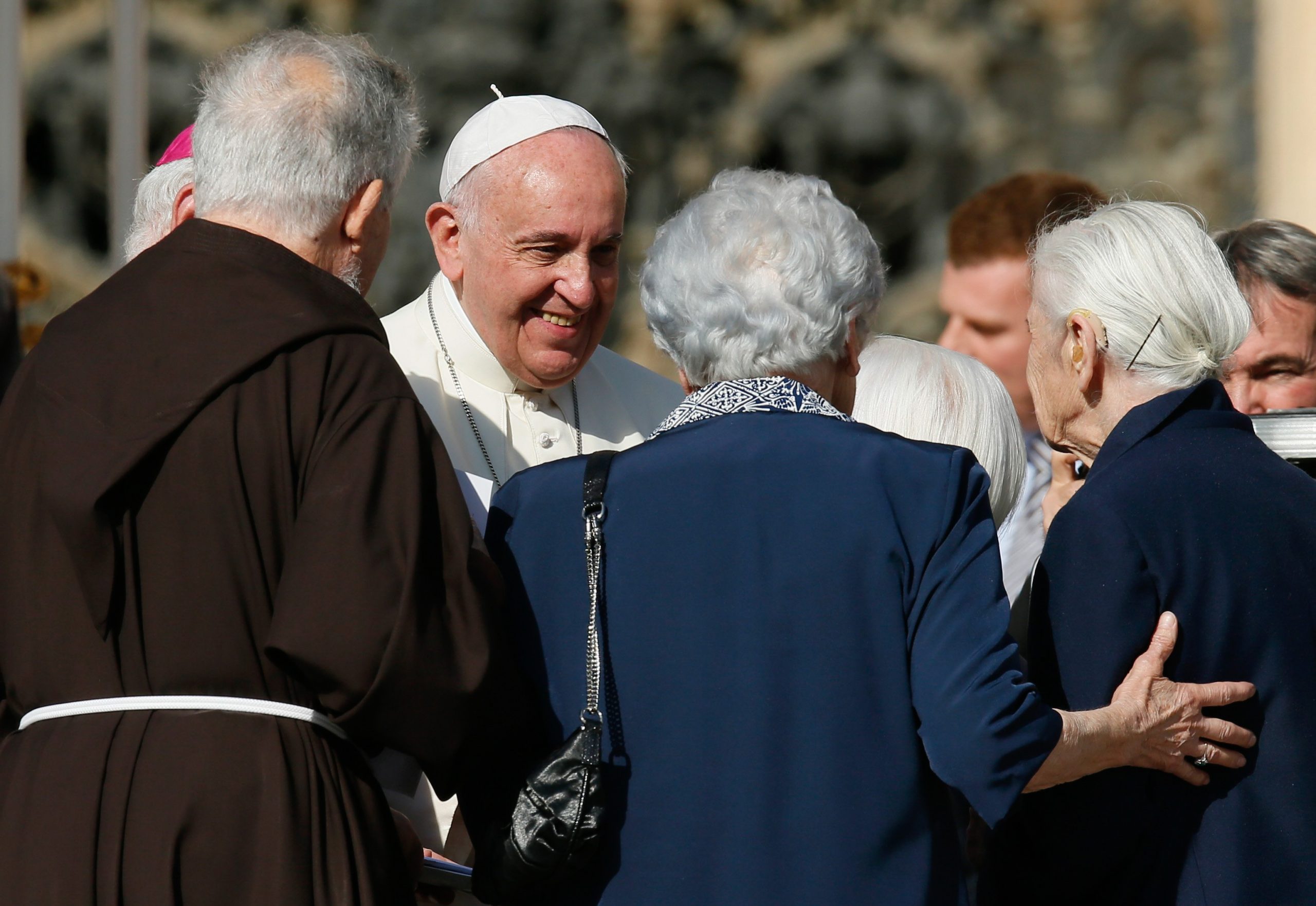 Pope establishes World Day of Grandparents and the Elderly