Skip to content
In this second installment, Ryan N.S. Topping looks at how Catholic parents, alongside schools and parishes, may need to form their children in an alternative culture.Photo: supplied

Editor’s note: The first part of this article was published here on April 16, 2018.

Nostalgia is a beautiful thing. Each August 7, I take my wife out for dinner. I never miss the date, because 17 years ago this was when we joined in marriage. Part of the strength we gain for the present is nourished by the strength we draw from our past.

Nostalgia can, of course, be deadly too. When memories are utterly indifferent to the present, nostalgia blinds us to the needs of the future. Something like this happens for many of us when we think of Catholic schools. Parents or grandparents who were educated in the past often fail to appreciate that what goes on behind classroom doors today at times bears little resemblance to their own experience.

To make vivid this contrast, I sometimes use a chart which communicates the decline in the sheer number of Catholic schools relative to the Catholic population in America.

In 1965, at the peak of the parochial system, Catholic schools educated about 5.5 million students. Today the number has slid well below 2 million. About 96 schools closed last year (20 opened). Fifty thousand desks go empty each year. Over the past decade Catholic schools lost 20% of their population.

By the numbers it looks like a slide to oblivion. If trends continue, by the time a new teacher retires they’ll be about as many Catholic schools around town as there are Buddhist Montessori daycares. They might exist somewhere; but you and I won’t find them.

One of the reasons for the decline is intellectual. In my previous article, I suggested that dominant secular theories of learning and catechesis presume that Christian doctrine has no foundation in reason. But of course to halt our analysis here would be to oversimplify.

It is not only intellectual causes that undermine faith. Often, Johnny stops going to Church for cultural reasons, which an individual school has little or no power to control – at least in the short term.

A few months ago, I was speaking to a group of teachers and wanted to convey a sense of what the Catholic school, even an enthusiastically faithful Catholic school, is up against. I wondered: to what other metrics of “decline” within Catholic culture could we point?

Everyone knows about the rise of abortion since the 1970s. Drug use is up. Fornication is out of control. These are toxic, no doubt, but arguably they are a step removed from the internal workings of Catholic life and culture.

I didn’t want to name metrics that could be disputed among Catholics (the way, for instance, the Church’s teaching on artificial contraception is often “disputed” even by church-going Catholics). I also didn’t want to focus attention on “the world.” The point I wished to make was that we have our own house to bring into order.

In the end, I settled upon these three metrics or marks of a healthy Catholic culture that I thought any person of good will could accept:

After some digging, here are the numbers that I was able to correlate alongside the loss of Catholic schools and the increase of the Catholic population since Vatican II:

Once I plugged in the figures, I was astounded. The post-Vatican Two problem of Catholic cultural decline clearly didn’t only hit the schools. The loss of other core Catholic indicators has been following a roughly proportional rate of decline.

The “red” line quantifies the fate of the religious sisters. Perhaps this shouldn’t be a surprise. Sisters staffed many of our Catholic schools. As they took off their habits or entered secular professions, it follows that schools might close, as in fact they did, according to a corresponding pattern. What was more surprising, at least to me, was how the “brown” and “green” lines followed a similar trajectory.

So which is it? Did Johnny stop going to church because he received bad ideas? Or did he accept bad ideas because his Catholic school closed and his older siblings didn’t bother marrying and his parents stopped going to church?

Perhaps this is a chicken and egg question, but it is worth pondering.

A few years ago, a prominent political philosopher, Mary Eberstadt, published a study that challenged a feature of what had been the standard account of secularization.

The standard story goes something like this. As science and prosperity advance, religious faith retreats – and in its wake, the decline of the family. What Eberstadt’s book, How the West Really Lost God: A New Theory of Secularization, argues is for a reverse of the causal explanation.

Standard accounts propose that cohesive family structures tend to whither after belief in God has waned. In contrast, her research pointed out that the empirical evidence at least equally supports an opposing order of causality: namely, that it is the loss of the family that tends to encourage religious skepticism. This line is similar to the argument made a few years ago by another prominent academic, Paul Vitz, a psychologist at New York University.

In his Faith of the Fatherless: The Psychology of Atheism, through a series of case studies of famous atheists, Vitz argued that it is often an atheist’s disappointment in his own father that unconsciously justifies his own rejection of God. Both books suggest a similar conclusion. It may be true that a vote against God equals weak families. But “weak families” appears just as likely to produce belief in “no God.”

The precise order of causality is somewhat of a moot point. The takeaway for those of us in the business of teaching – bishops, pastors, teachers, parents – seems clear enough: Catholicism only survives if it is presented consistently as a total way of life and thought. Where structures fail, faith flounders; where faith fails, structures flounder.

Catholic culture in North America in the 20th century was supported by three legs: the parish, the family, and the Catholic school. As one falters, so do the others.

If Johnny is to come back to the Church, if our schools are to survive into the next generation, we cannot continue as though it were business as usual. Our children deserve better. Our faith demands more.

The Church stands as one of the last defenders of reason. Catholic teachers of the future will need to be better equipped to confront the deep sources of nihilism in our culture; even more, Catholic parents, alongside schools and parishes, will need to form their children in an alternative culture. Only then, I think, is Johnny likely to stay in church.

RYAN N.S. TOPPING is vice president and academic dean of Newman Theological College in Edmonton, Alberta. His most recent book on education is The Case for Catholic Education (Angelico Press); his forthcoming book is The Gift of the Church: How the Catholic Church Transformed the History and Soul of the West. 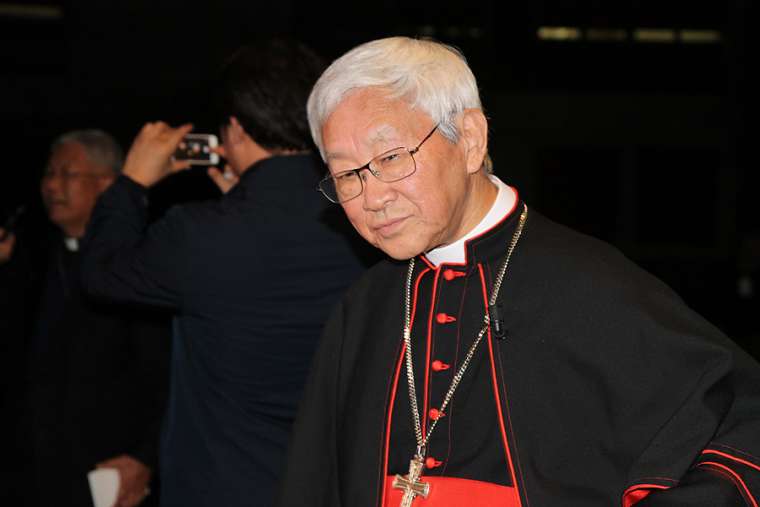 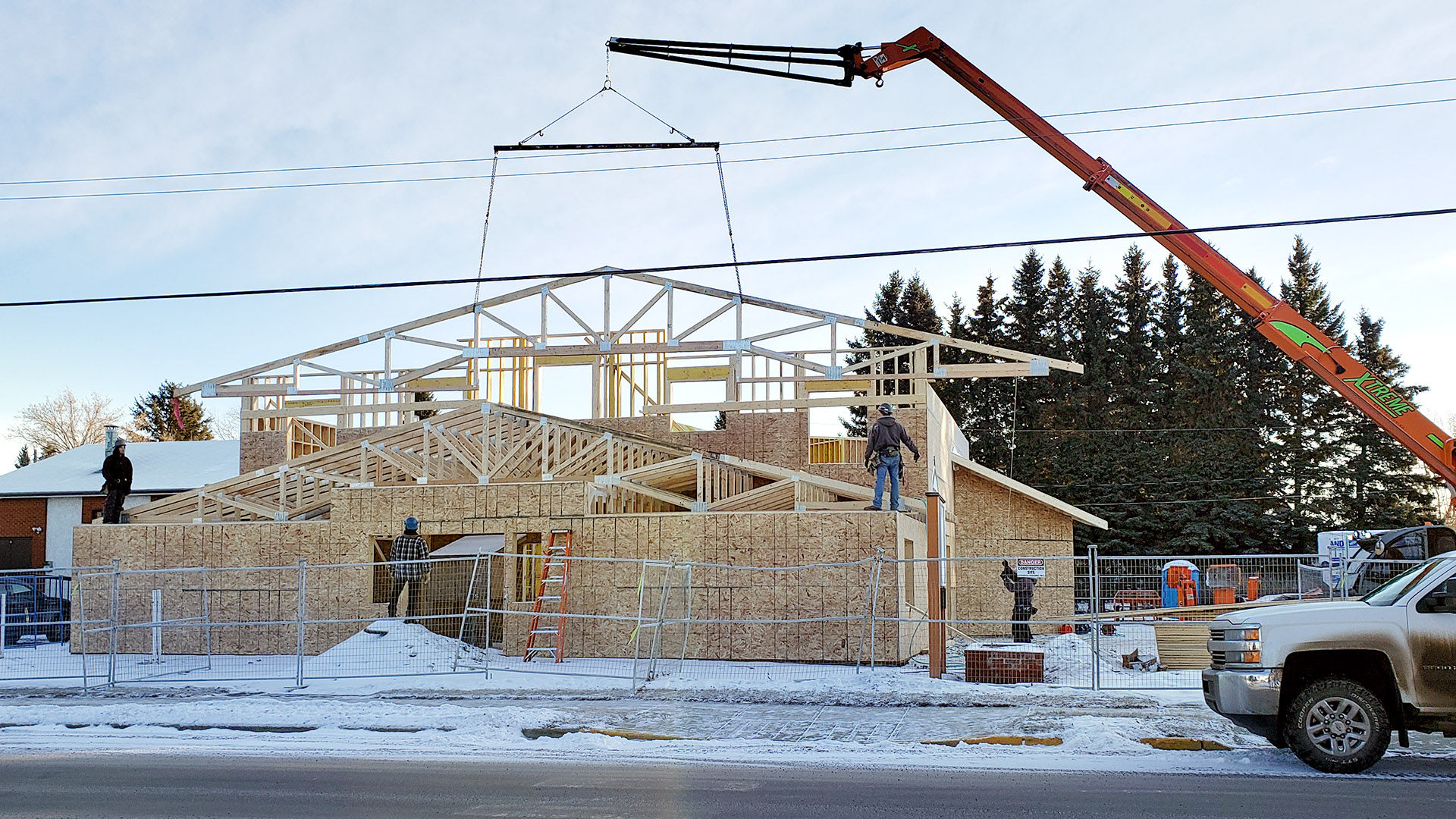