This past August, the eyes of a nation were upon a rusty cargo ship, the Sun Sea, carrying 492 Tamil men, women and children as it approached Vancouver Island. There was a heated debate about the state of Canada’s immigration and refugee policies and the integrity of Canada’s borders.

Concerns were raised about possible terrorists, human smugglers and queue jumping. Upon landing in Canada, all claimed asylum as refugees fleeing from persecution in their homeland.

Vancouver Archbishop Michael Miller in a public statement (www.rcav.org) was clear in naming the most important issue at stake: “It is critical at this time to keep in mind the fundamental dignity of each human person, particularly these new arrivals.”

Miller pointed to the example of Jesus who “identified himself with refugees and other marginalized groups” when Jesus said, “I was a stranger and you welcomed me” (Matthew 25.35).

While affirming the rights of refugees, Catholic social teaching speaks to the responsibilities of government to support the common good through laws and regulations that seek to determine the true identity of refugee claimants and to protect against security threats. However these laws should not be inspired by selfish attitudes or overly restrictive policies.

However, scapegoating is exactly what is happening with the recent introduction of Bill 49 in the House of Commons by the federal government. Bill 49 imposes serious penalties to deter human smugglers and traffickers.

However, Bill 49 goes much further to punish the refugees themselves. It allows the minister to declare “an irregular” immigration event with special, punitive rules. Under these rules, the refugee applicants (men, women and children) are automatically detained for a year without the right of appeal.

Specifically for those who arrived on the Sun Sea, this would mean a one-year imprisonment of 25 women and 44 children.

Bill 49 states that this designated group of refugee applicants cannot be granted permanent residency until five years have passed. In this five-year period, travel outside of Canada and sponsorship of other family members into Canada is not permitted.

Family reunification could be delayed for as long as a decade. This would make the integration of refugees into Canadian society even more difficult than it is now.

Bill 49 establishes two classes of refugee claimants. The first is the existing process which applies to those landing at Canada’s airports requesting refugee status. The second applies to those designated under Bill 49. The only differences between these two classes are the method of transport (that is, boats vs. planes) and arriving in groups (two or more).

There are no provisions for the consideration of individual circumstances in Bill 49 except for the possibility of the minister making an extraordinary decision in a particular case.

Jesuit Father Jack Costello, of the Jesuit Refugee and Migrant Service-Canada, argues that these provisions in Bill 49 “fail to maintain Canada’s legal commitments nationally and internationally.” He goes on to say that Bill 49 “fails abysmally at supporting the dignity and worth of every person, in this case refugee claimants in desperate straits.

This issue of fair treatment of refugees is close to the heart of members of Catholic parishes across Canada. Over the past 30 years, hundreds of parishes have participated in the federal private refugee sponsorship program and have assisted tens of thousands of refugees in fleeing from persecution and rebuilding their lives in Canada.

These parish volunteers have heard the traumatic life stories of these refugees firsthand, and have come to value the importance of a fair and just refugee system in Canada.

Canada’s present refugee laws certainly need to be improved. However, the approach in Bill 49 of automatically imprisoning refugee applicants and imposing long-term obstacles to family reunification is not the way to do this.

Bill 49 is presently being debated in the House of Commons. We need to tell our MPs that Bill 49 is not the way to go. 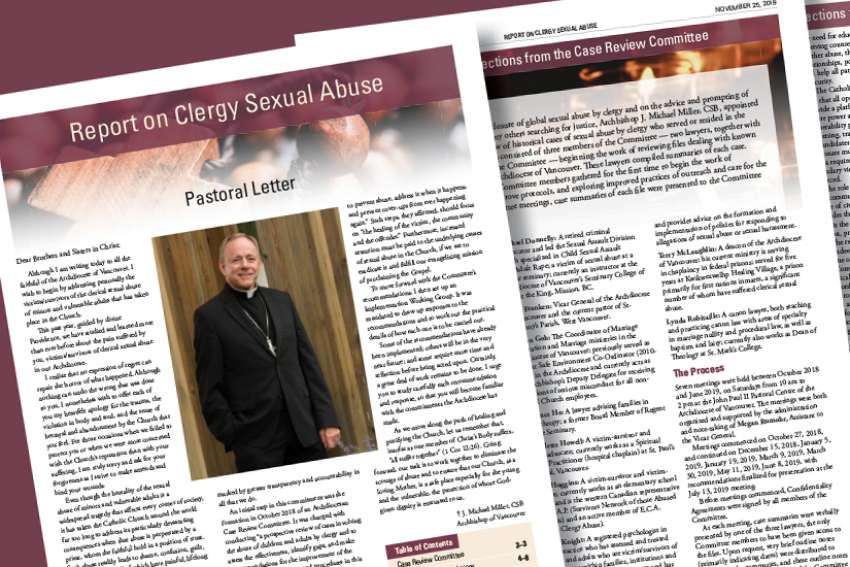