In 1854, the Sisters of Charity of the Immaculate Conception were founded in Saint John, New Brunswick. It was the first English-speaking, Roman Catholic religious community founded in Canada. A cholera epidemic in New Brunswick had killed 1,500 people, leaving countless children orphaned and desperately in need of care. Thomas Connolly, then Bishop of Saint John, responded to this crisis, and, under the leadership of a young woman named Honoria Conway, the SCIC community was formed to care for orphaned children.

The Sisters brought the light and love of Christ to the most vulnerable in their society. Their ministries would diversify as time went on to include teaching, nursing, social work, parish ministry, catechesis, and more.

One hundred years later, a young woman in Saint John was called by God into this great work of charity. In 1960, Sister Gertrude Mulholland entered the Sisters of Charity just after graduating from high school. Now, after 58 years of religious life, and 27 years of serving the Archdiocese of Edmonton, Sister Gertrude is returning to Saint John, her hometown and a centre for the SCIC community.

Even in retirement, Sister Gertrude has continued her ministry, offering spiritual direction, retreat facilitation, and workshops throughout the Archdiocese. On May 27, Sister Gertrude’s presence and work in the Archdiocese were celebrated at Our Lady of Perpetual Help Parish in Sherwood Park. Many friends came to express their appreciation for her years of service in parish ministry, catechesis, and spirituality. The gratitude was clearly mutual:

“As I looked out at the people, I realized the number of people who have touched my life, and who have been instrumental in me becoming the person I am today,” Sister Gertrude said. “That has been gift and blessing for me.”

Sister Gertrude was born and raised in Saint John, in a family of eight children. SCIC sisters taught her at school, and early on, they made a profound impression.

“They were very sensitive to who we were, and to our welfare,” she recalled. “I know I picked up their love, charity and compassion for all. It was natural for me that, after finishing high school, I felt the call to become a sister.”

After teaching children in New Brunswick for eight years, Sister Gertrude was missioned to Alberta, where she taught school in Wetaskiwin and then served in parish ministry at Fort Saskatchewan.

After a return to the East Coast (Digby, Nova Scotia) that lasted 16 years, she came back to the Archdiocese of Edmonton as a member of the Archdiocesan Catechetical Team. She lived in Edmonton first, and then in Camrose and Sherwood Park.

Much of her ministry over the years, both parish ministry and catechesis, involved travelling extensively in the rural areas of the Archdiocese.

In 2004, Sister Gertrude joined the parish team at Our Lady of Perpetual Help Parish in Sherwood Park, where she served as a pastoral assistant until 2010.

Now, she feels that God is leading her to return to New Brunswick.

“My move at this point is a response to God’s call, to move back to Saint John and to continue in ministry there. I believe it’s so very important to listen to what’s happening within and respond. That’s for anybody, no matter what your vocation is. A person needs to ask: Where is God calling me? How is God calling me? Keep listening.”

We are profoundly grateful for Sister Gertrude’s many years of loving service to the people of our Archdiocese. She will be greatly missed. May God continue to bless her and her community as she continues to carry out the work of charity in Saint John. 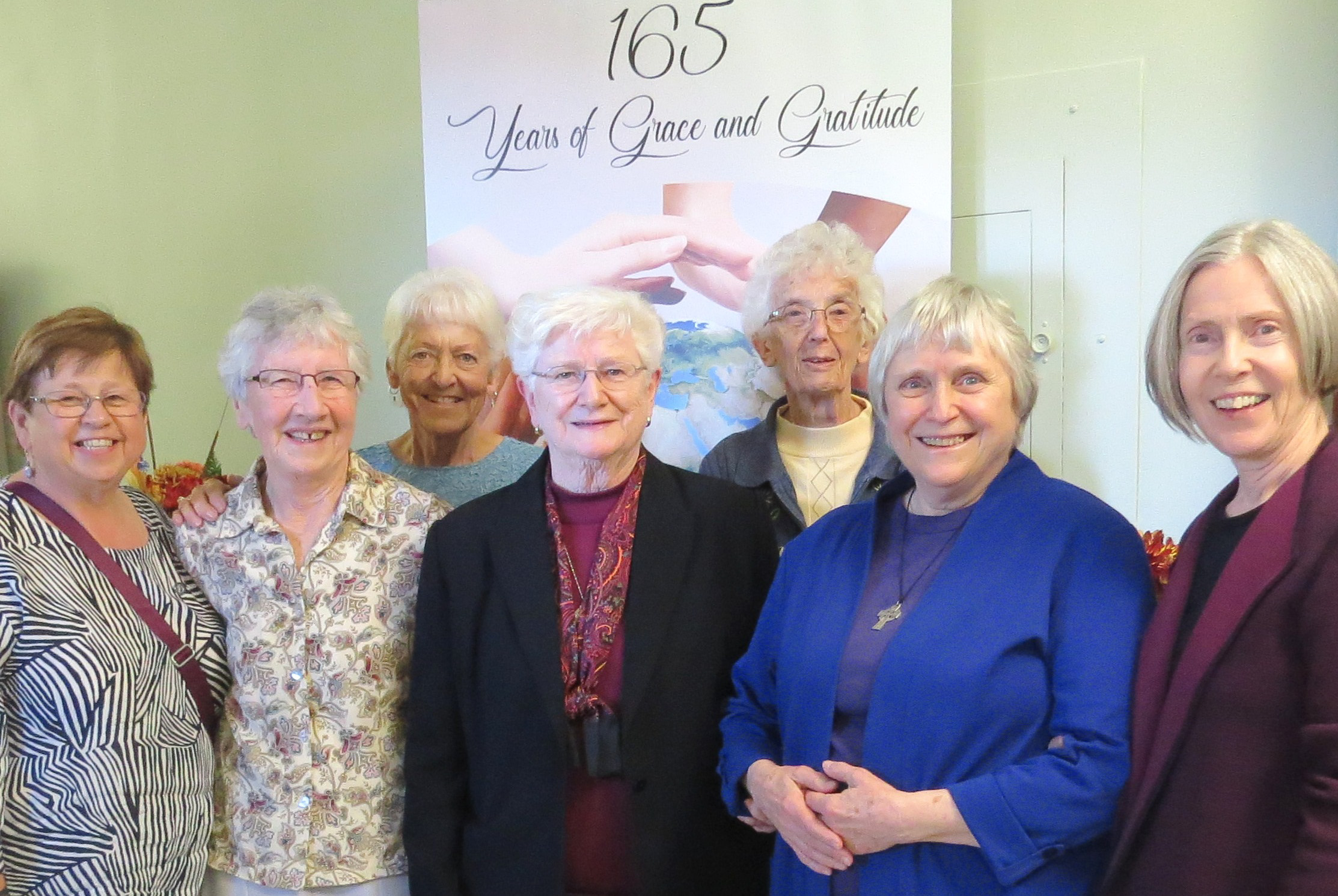