What’s to be learned through failure, through being humbled by our own faults? Generally that’s the only way we grow. In being humbled by our own inadequacies we learn those lessons in life that we are deaf to when we are strutting in confidence and pride. There are secrets, says John Updike, which are hidden from health. This lesson is everywhere in scripture and permeates every spirituality in every religion worth of the name.

Raymond E. Brown, offers an illustration of this from scripture: Reflecting on how at one point in its history, God’s chosen people, Israel, betrayed its faith and was consequently humiliated and thrown into a crisis about God’s love and concern for them, Brown points out that, long range, this seeming disaster ended up being a positive experience: “Israel learned more about God in the ashes of the Temple destroyed by the Babylonians than in the elegant period of the Temple under Solomon.”

What does he mean by that? Just prior to being conquered by Nebuchadnezzar, the king of Babylon, Israel had just experienced what, to all outside appearances, looked like the high point of her history (politically, socially, and religiously).  She was in possession of the promised land, had subdued all her enemies, had a great king ruling over her, and had a magnificent temple in Jerusalem as a place to worship and a center to hold all the people together.  However, inside that apparent strength, perhaps because of it, she had become complacent about her faith and increasing lax in being faithful to it. That complacency and laxity led to her downfall. In 587 BCE, she was overrun by a foreign nation who, after taking the land, deported most of the people to Babylon, killed the king, and knocked the temple down to its last stone. Israel spent the next nearly half-century in exile, without a temple, struggling to reconcile this with her belief that God loved her.

However, in terms of the bigger picture, this turned out to be a positive. The pain of being exiled and the doubts of faith that were triggered by the destruction of her temple were ultimately offset by what she learned through this humiliation and crisis, namely, that God is faithful even when we aren’t, that our failures open our eyes to us our own complacency and blindness, and that what looks like success is often its opposite, just as what looks like failure is often its opposite. As Richard Rohr might phrase it, in our failures we have a chance to “fall upward”.

There’s no better image available, I believe, by which to understand what the church is now undergoing through the humiliation thrust on it through the clerical sexual abuse crisis within Roman Catholicism and within other churches as well. To recast Raymond Brown’s insight: The church can learn more about God in the ashes of the clerical sexual abuse crisis than it did during its elegant periods of grand cathedrals, burgeoning church growth, and unquestioned acquiescence to ecclesial authority. It can also learn more about itself, its blindness to its own faults, and its need for some structural change and personal conversion. Hopefully, like the Babylonian exile for Israel, this too will be for the churches something that’s positive in the end.

Moreover, what’s true institutionally for the church (and, not doubt, for other organizations) is also true for each of us in our personal lives. The humiliations that beset us because of our inadequacies, complacencies, failures, betrayals, and blindness to our own faults can be occasions to “fall upward”, to learn in the ashes what we didn’t learn in the winner’s circle.

Almost without exception, our major successes in life, our grander achievements, and the boost in status and adulation that come with that generally don’t deepen us in any way.  To paraphrase James Hillman, success usually doesn’t bring a shred of depth into our lives. Conversely, if we reflect with courage and honesty on all the things that have brought depth and character into our lives we will have to admit that, in virtually every case, it would be something that has an element of shame to it – a feeling of inadequacy about our own body, some humiliating element in our upbringing, some shameful moral failure in our life, or something in our character about which we feel some shame. These are the things that have given us depth.

Humiliation makes for depth; it drives us into the deeper parts of our soul. Unfortunately, however, that doesn’t always make for a positive result. The pain of humiliation makes us deep; but it can make us deep in two ways: in understanding and empathy but also in a bitterness of soul that would have us get even with the world.

But the positive point is this: Like Israel on the shores of Babylon, when our temple is damaged or destroyed, in the ashes of that exile we will have a chance to see some deeper things to which we are normally blind. 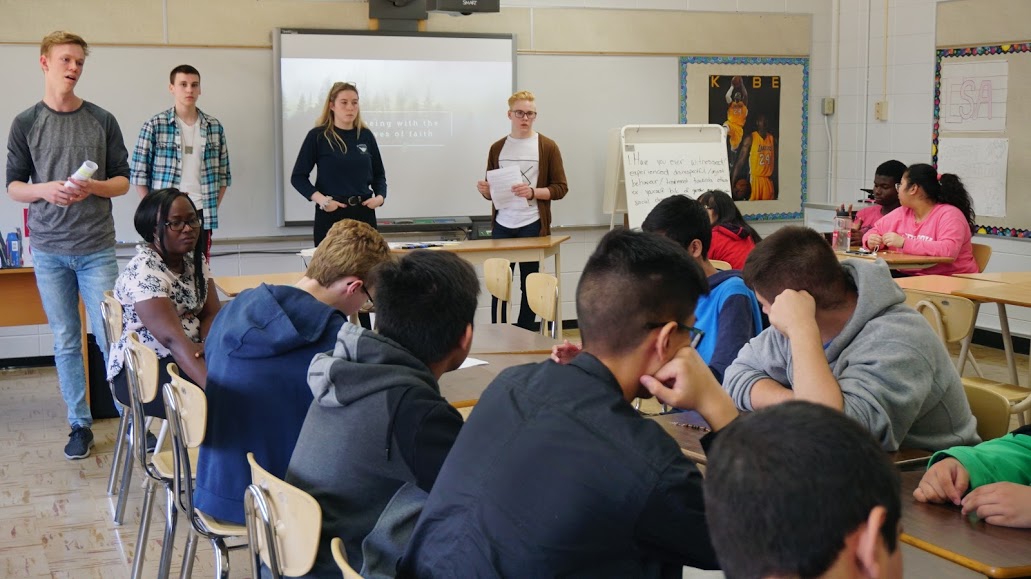