Skip to content
Archbishop Smith learned from nine different groups of young adults at a series of meetings held during October and November.

It has been said that ‘one who listens to others is the one who is heard by others.’ Archbishop Richard Smith has taken that axiom to heart.

During the months of October and November, he has done a lot of listening, at a series of meetings held with nine different groups of young adults and those who minister to them. These “listening sessions” are part of the efforts to develop an archdiocesan pastoral plan to reach out to Catholic families, learn about the challenges they face, and find new ways in which the Church might serve them.

The initiative follows two meetings of the world’s bishops (synods) on the topic of family, consultations with dioceses around the world, and the resulting apostolic exhortation from Pope Francis on love and the family, Amoris Laetitia.

“In that document, Pope Francis expresses his particular concern, and I would say very deeply heartfelt concern, for family life today,” Archbishop Smith said in an interview. “He proposes in a beautiful fashion the meaning of Christian love and how we are called as Christians to live together as families. At the same time, though, he shows a very acute awareness, it seems to me, of the challenges, the difficulties and the sufferings that face families today.”

The Archbishop noted that the Holy Father uses three key words in Amoris Laetitia: accompaniment, discernment, and integration. “And what he says to each of us is that in our busy, multifaceted lives, we have to take time to be with people, to understand where they are, to accompany them as they carry on their journey, to discern how best to understand their situation in the light of the Gospel, and if they’ve somehow become estranged from the Church, to look at how we can integrate them back into the full life of the Church.”

“So the first step, it seems to me, in accompanying people and accompanying the families of today is to listen to them, to find out what in fact is the reality is that they are living, with a view to saying: ‘How can we help you discern? How can we help you understand your situation in the light of all that the Church teaches so beautifully on marriage and family, about the dignity of the person, of the call of man and woman to be together, the call to be together with Christ in the mystery of the Church?’”

The process will unfold over a few years, he said, and focus on a different demographic each year. The first series of listening sessions focused on the 18-to-35 age group. Participants were given an advance list of questions to consider, and then invited to speak frankly with the Archbishop in an informal setting.

“I do want to know the reality of family life today, and it’s only families themselves that can bring me to that awareness.”

Reaching out to people who have fallen away from the Church was part of the initiative, so one session involved couples who are preparing for marriage.

“People who have not grown up in the Church are the majority of people that come forward to be married,” he noted. “So you almost have a ready-made group of people who have been living outside the Church, often through no fault of their own, just the way they were brought up. This was an opportunity to hear from them.”

Smith said he did not go into the sessions with any preconceived notions, although he knew he might hear about some of the same issues he has encountered during visits to schools, parishes and other communities in the Archdiocese.

For example, teachers have told him that some students find school a safer environment than the one they have at home. Some families have talked about banishing smartphones from the dinner table so they can actually talk to one another. Questions have also been raised about the meaning of the human person and human sexuality, and how that impacts on family relationships.

“How do we help people navigate all of that and understand the truth and the beauty of what the Church teaches? These are examples that wouldn’t have surprised me if they came up, but I fully expected to be surprised by other things I hadn’t even considered, which is part of the beauty of the whole experience, really.”

Steven Defer, who coordinates the archdiocesan Office of Life and Family, accompanied the Archbishop to the sessions. He estimates that about 350 people in total attended. Now Defer is busy compiling what they said, looking for common themes and issues.

“One of the themes that emerged was the need for community, a community beyond the worship community on Sunday morning,” he said. “Every single audience spoke about it in one way or another.”

He was a little surprised by what he didn’t hear too: “If there’s one thing I learned, it’s that the hot-button issues we hear about in the media are not their real-life concerns.”

When it comes to teaching on life and family issues, he said the Church faces a challenge because of the predominance of negative messages in both social and mainstream media.

“How we convey the Church’s teaching is going to become as important as the content of the teaching.”

Once the results of the sessions are analyzed, Archbishop Smith may look toward further conversations with smaller, more intimate groups. He said he will also work on ways to share the conversations more broadly, possibly through online video and/or TV, or by inviting some of the participants to share their experiences as witnesses at special events.

“The listening sessions are the necessary first step,” he said. “Of course, longer term, as the issues get clarified, so too will direction for the office. Perhaps we’ll see some fine-tuning of the efforts and the way we spend our time and energy in the office on certain issues. We’re still envisioning this.” 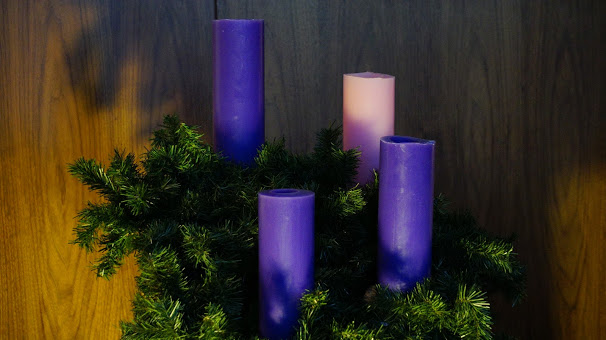 Be intentional about living Advent in your family