Skip to content
Long lines of mourners came to honour the man who had served them for years as a smiling beacon of pastoral leadership.Alan Schietzsch, Grandin Media

Pews were filled with the Catholic faithful and the front of St. Joseph’s Basilica with his brother priests and bishops as mourners began two days of prayer and services for Archbishop Joseph MacNeil this week.

The beloved Archbishop Emeritus of Edmonton died at on Feb. 11 after suffering a stroke. He was 93. MacNeil led the Archdiocese of Edmonton for 26 years, and the people he had served came to honour him in return. His body lay in state at the basilica for a full day of public viewing until the funeral Mass on Feb. 16.

Born in Sydney, N.S., MacNeil studied at St. Francis Xavier University in Antigonish before entering the Halifax diocesan seminary. He was ordained as a priest on May 23, 1948, and served in parish ministry and other roles in Nova Scotia before being ordained Bishop of Saint John, N.B. at the age of 45. 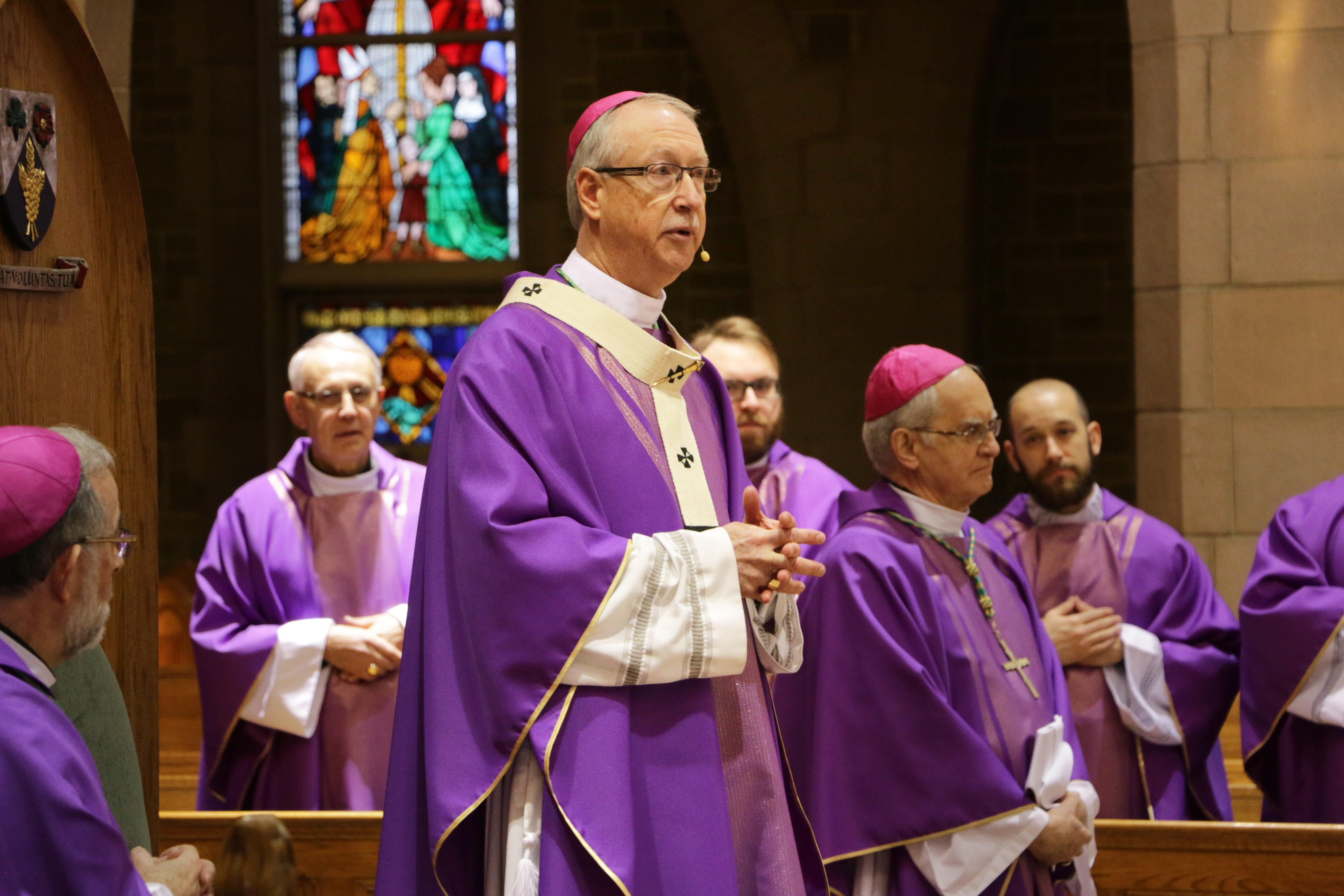 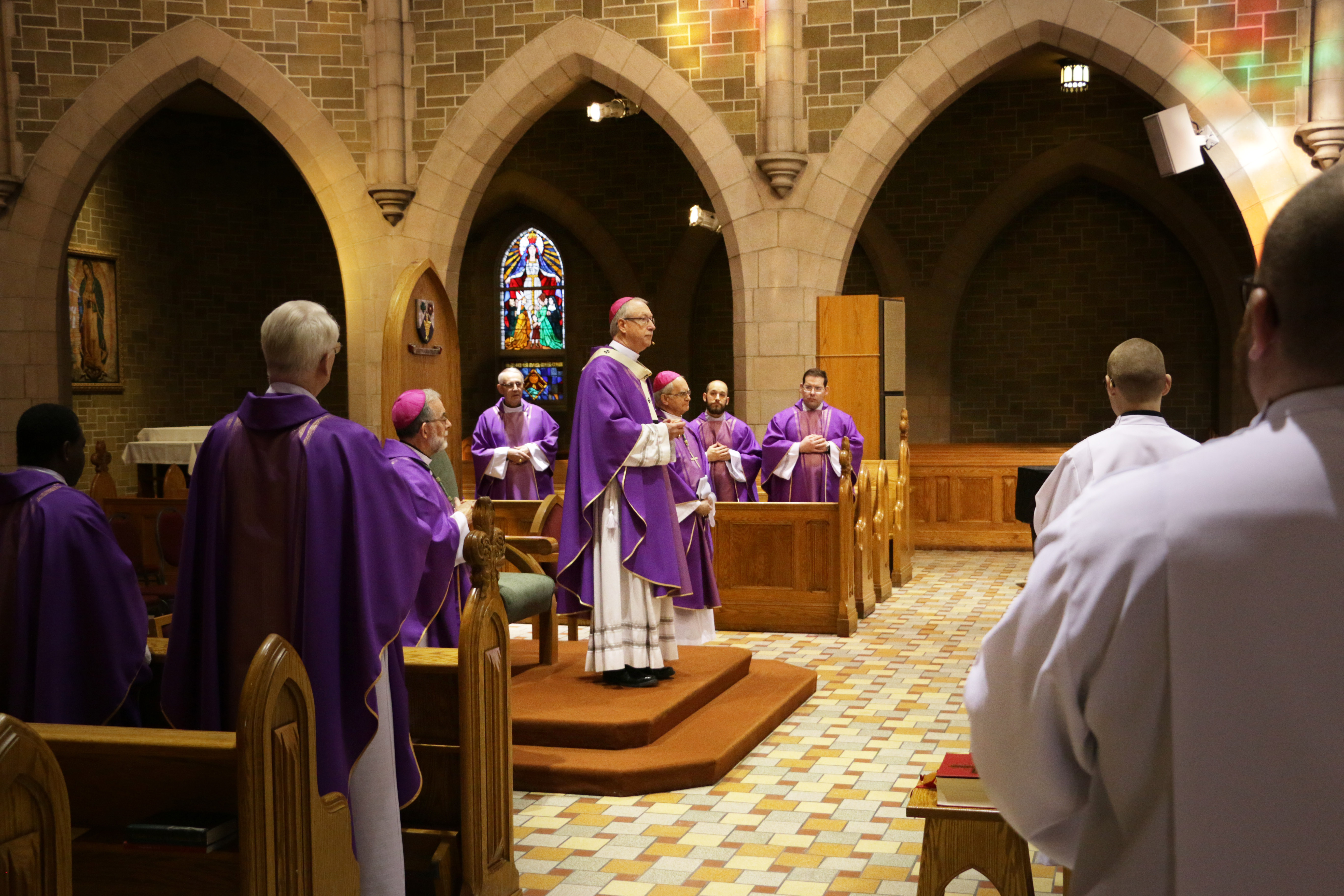 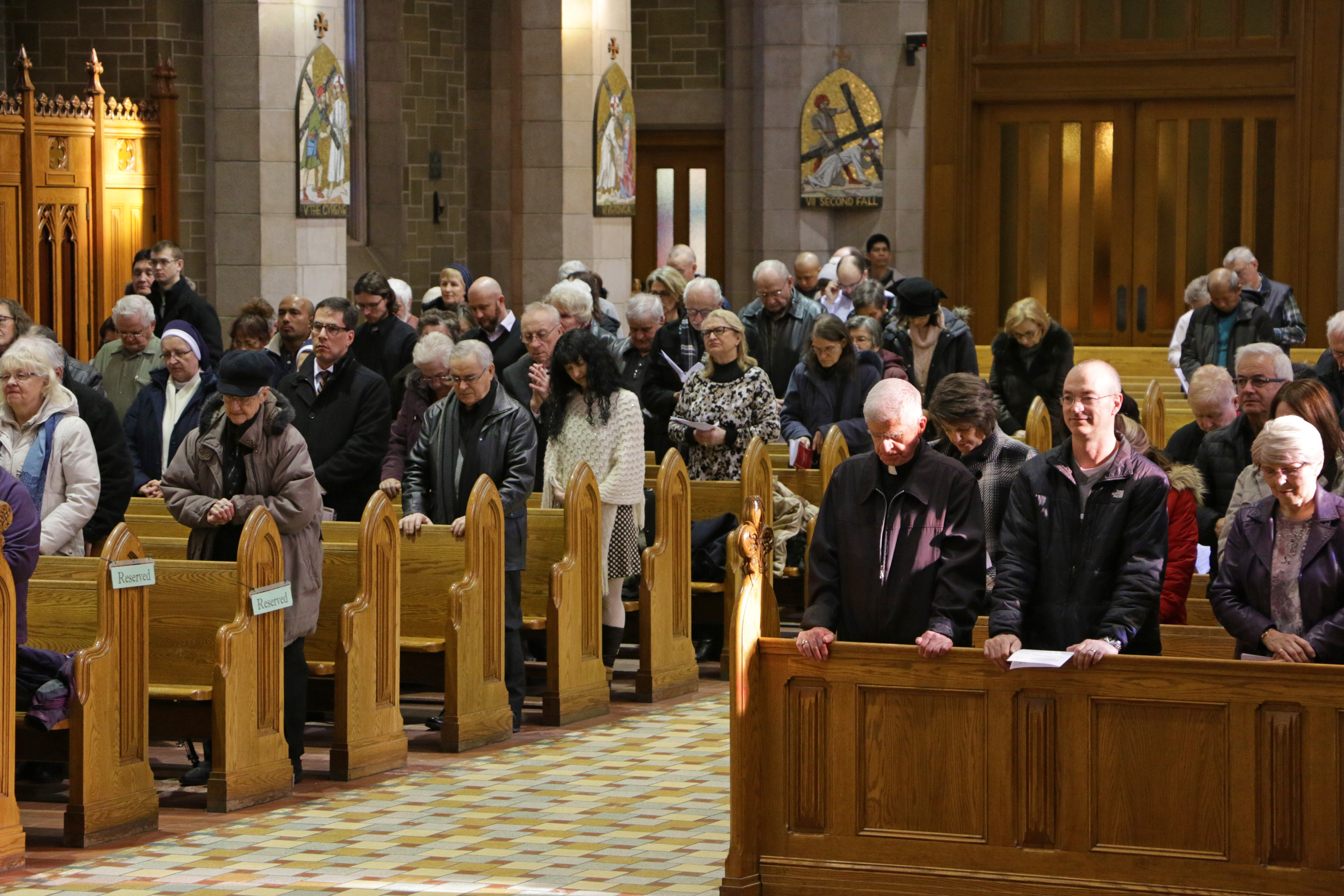 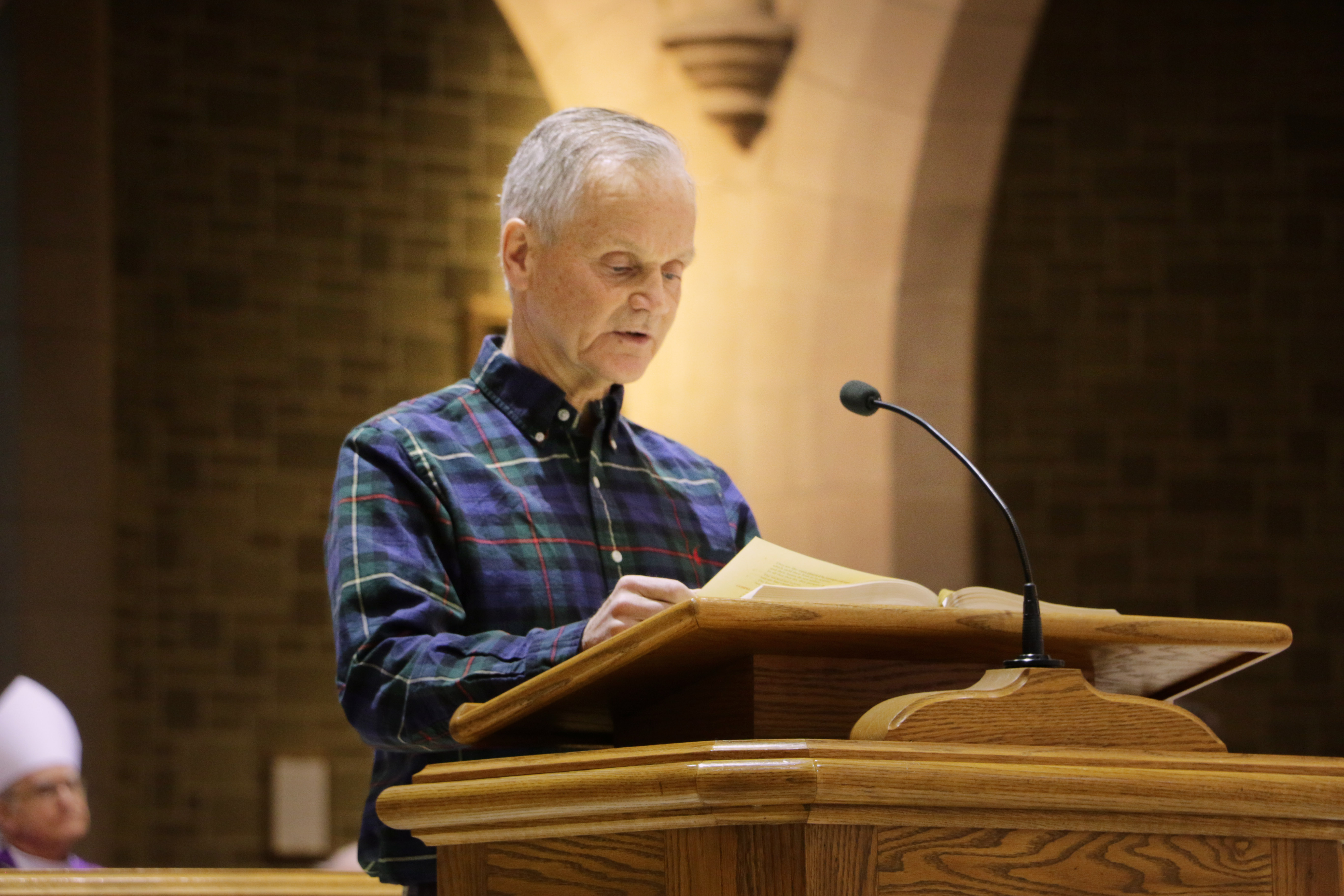 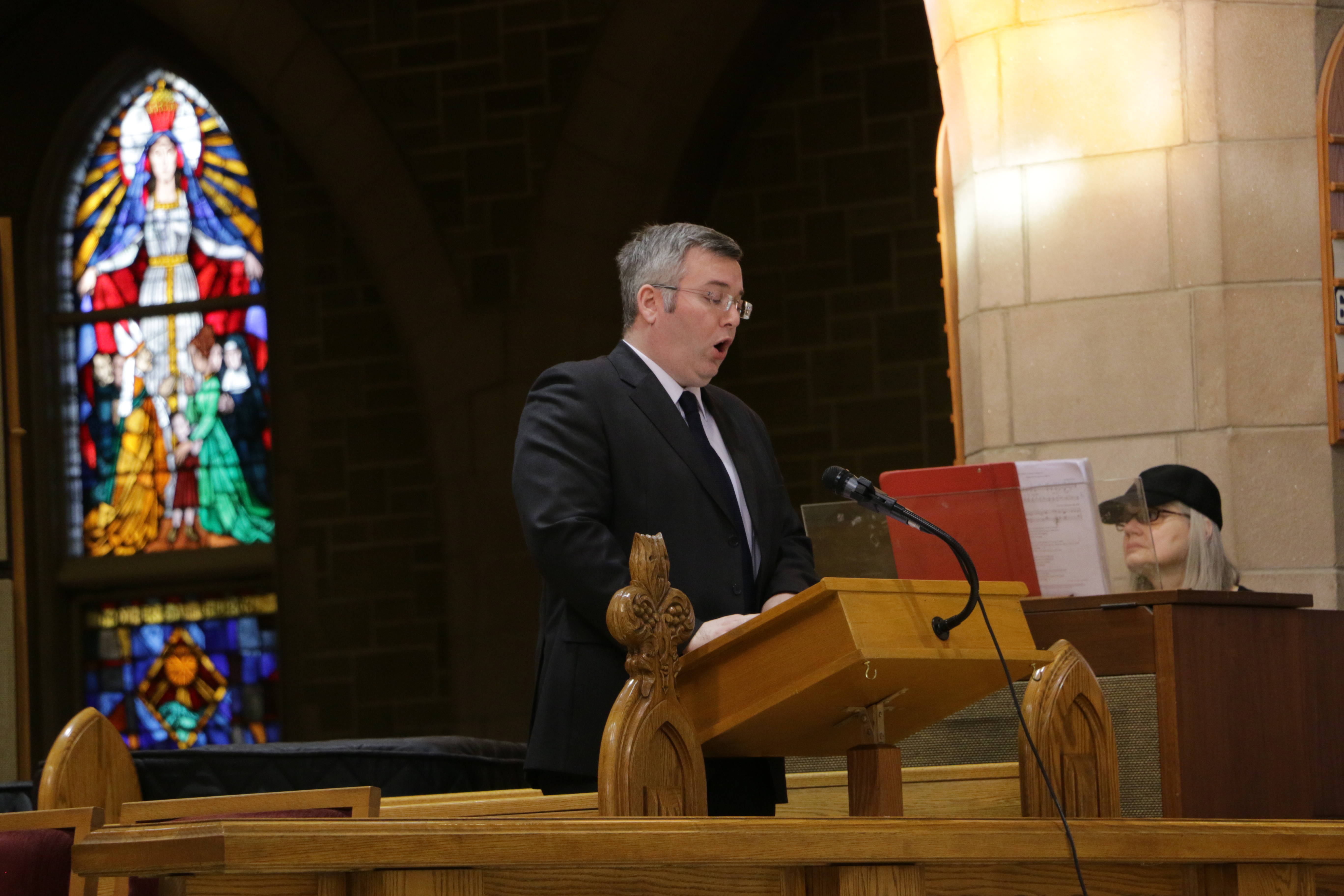 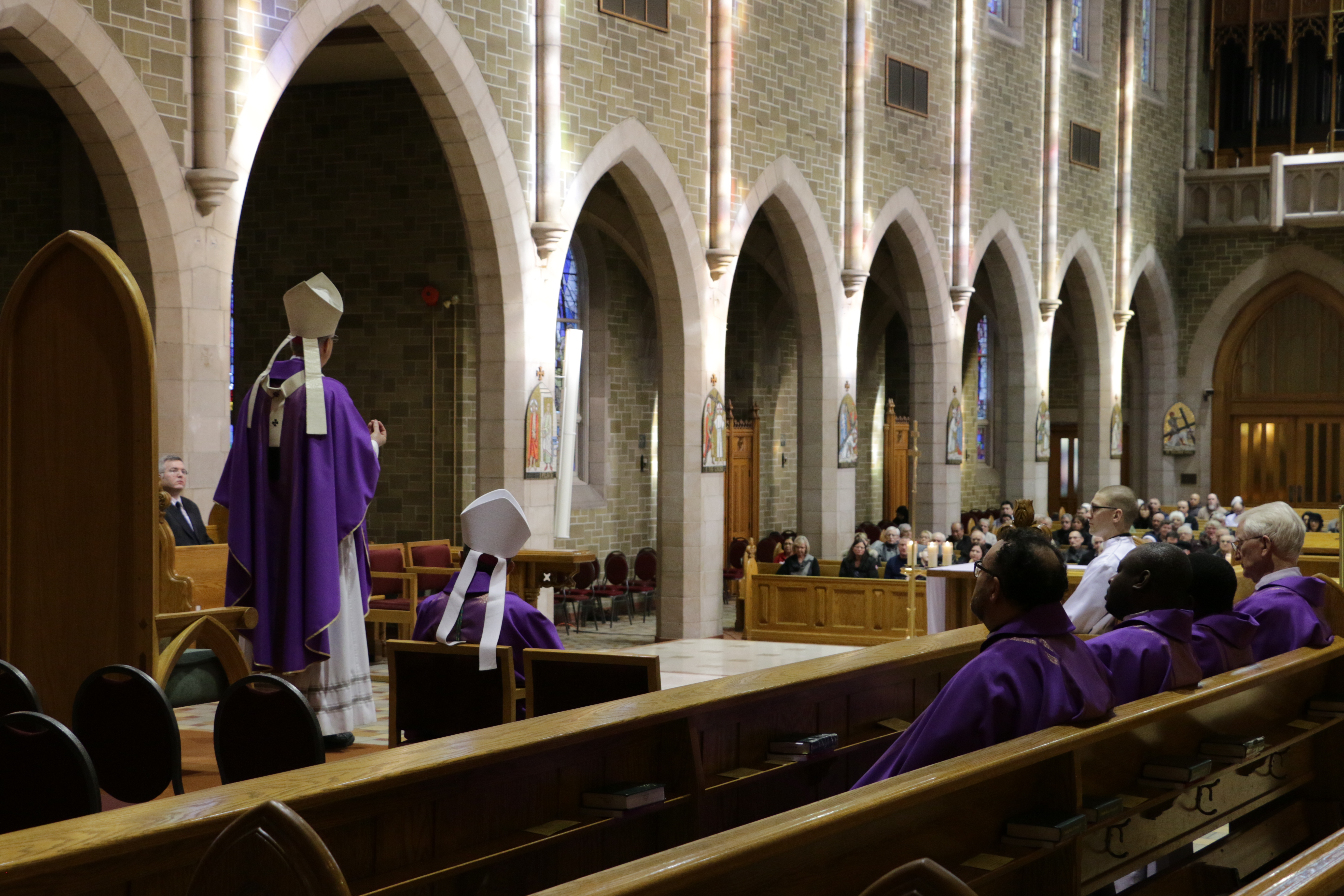 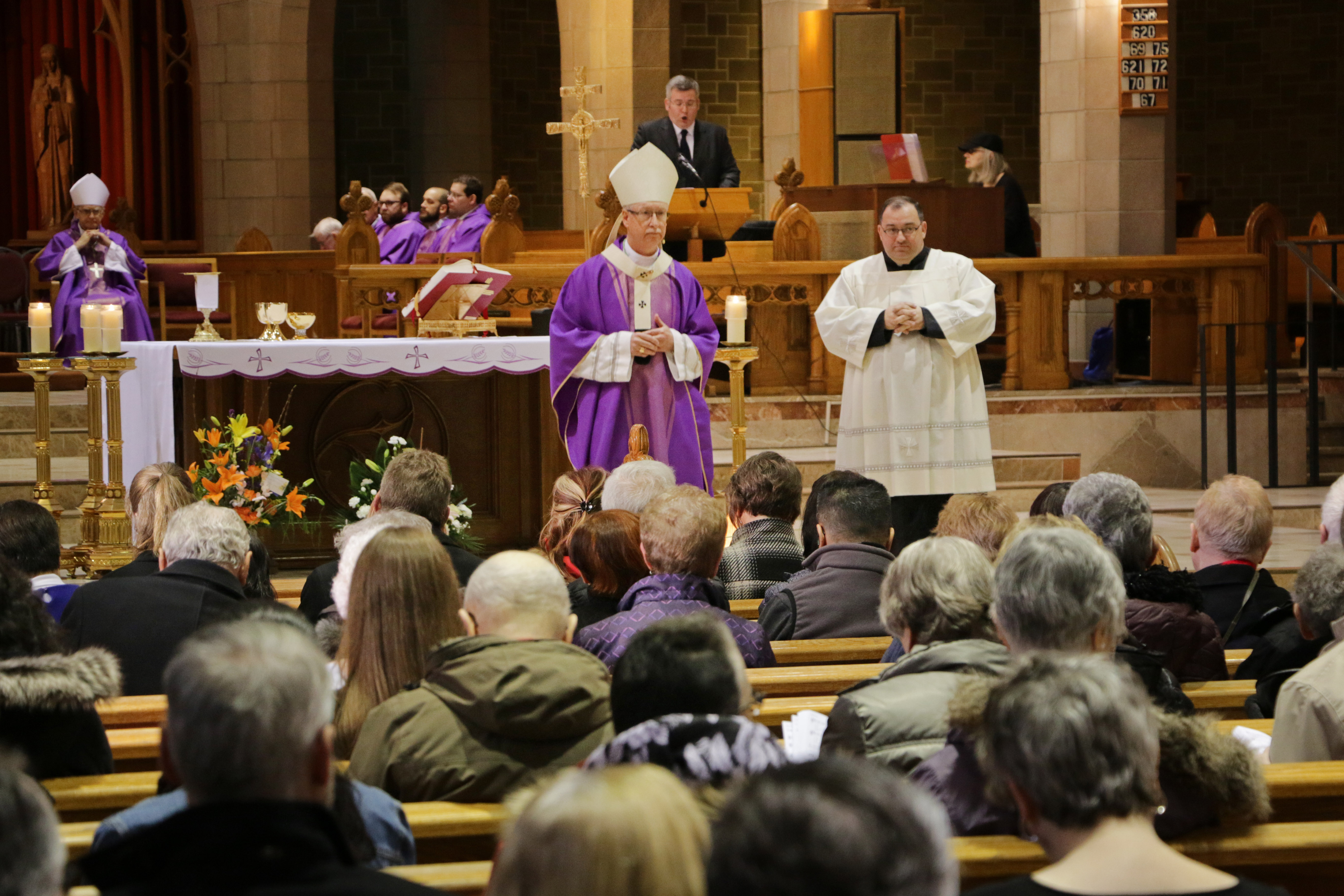 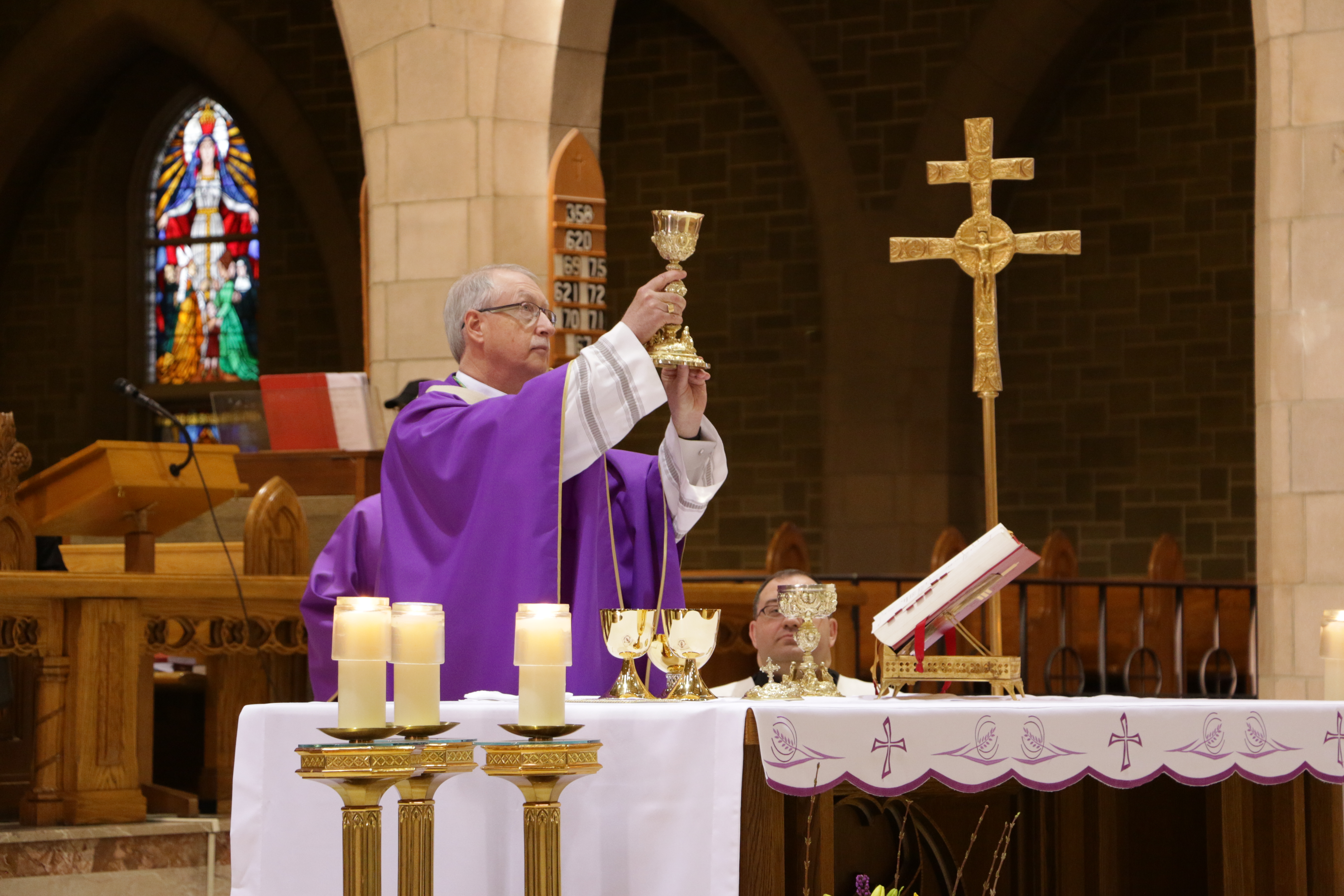 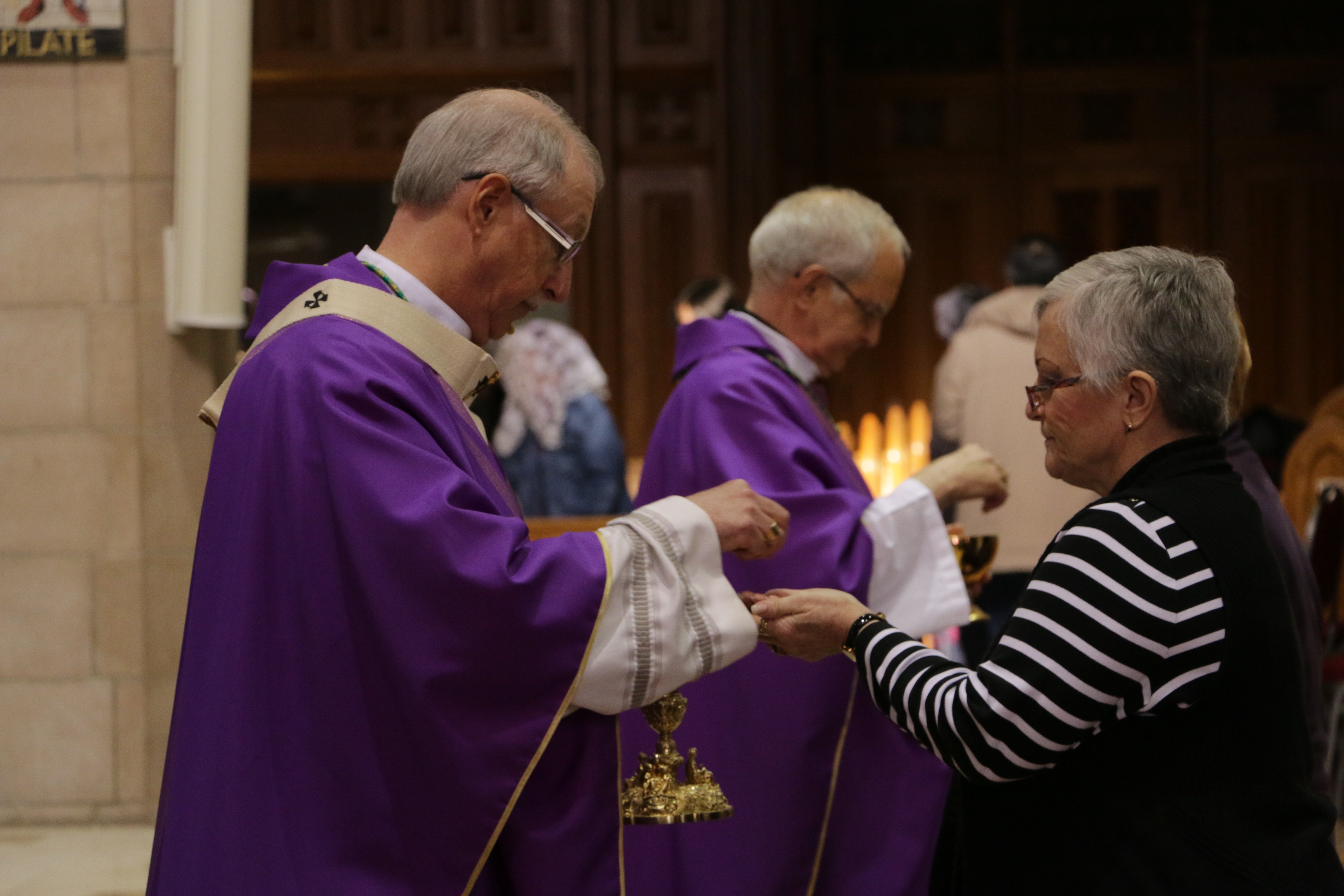 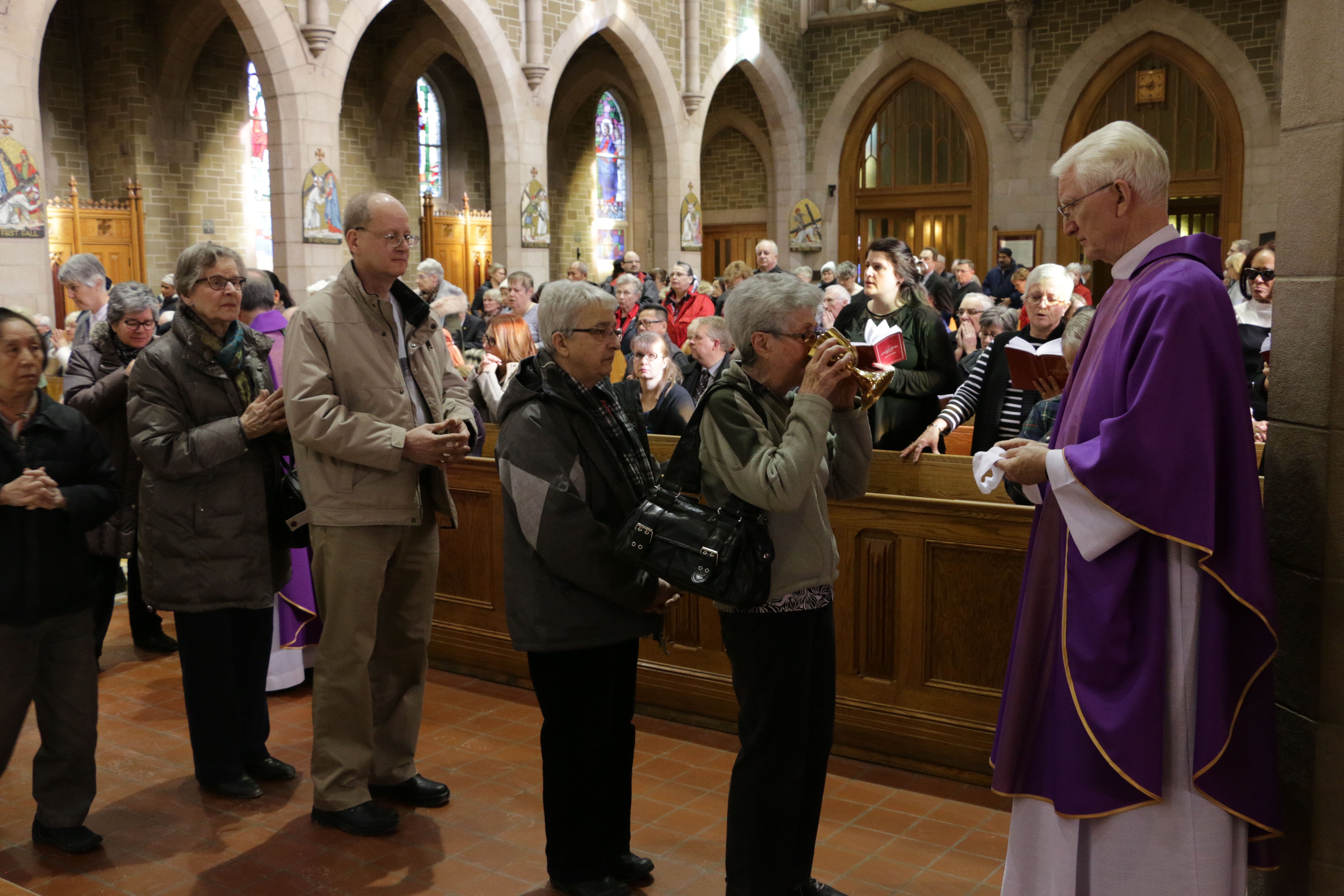 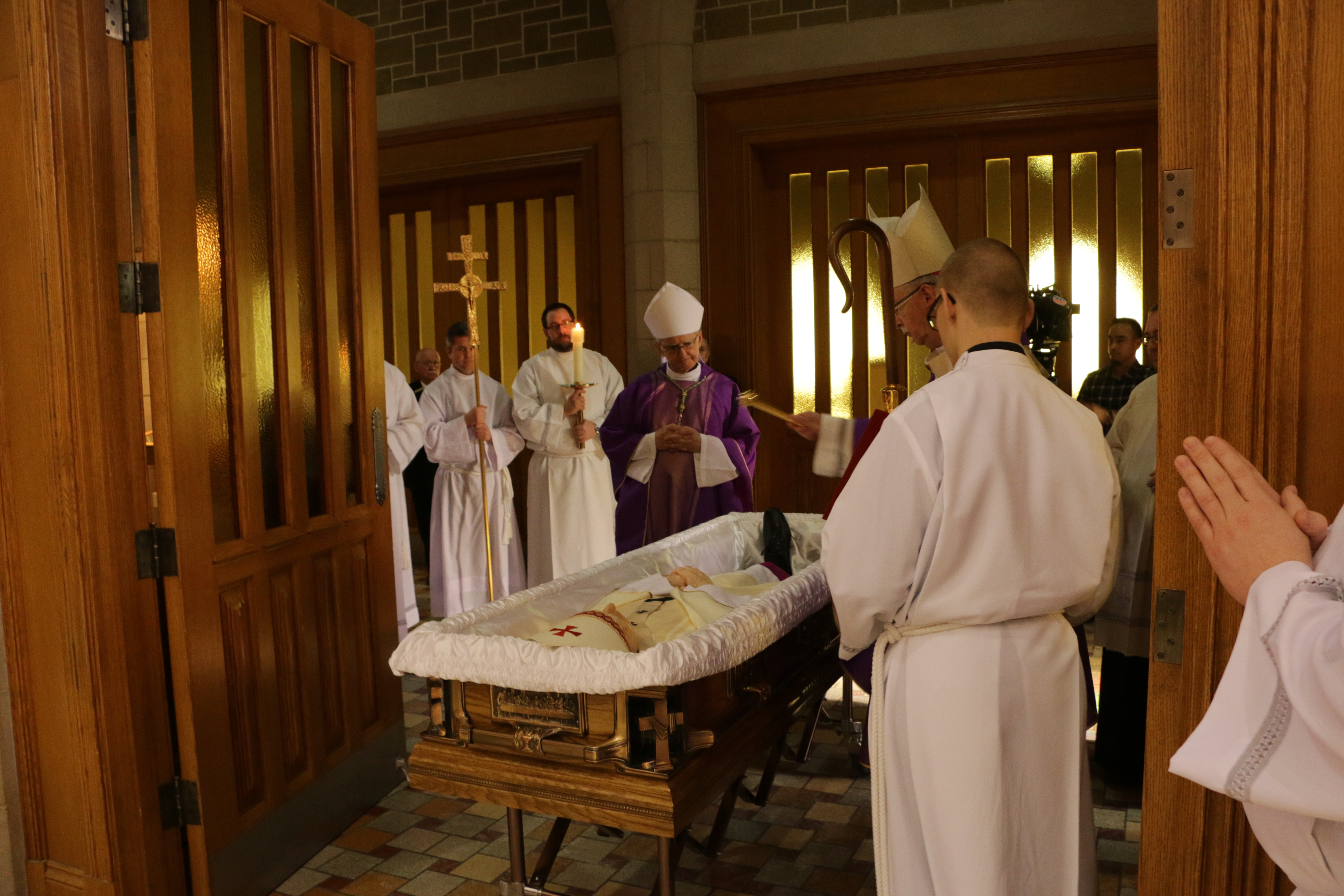 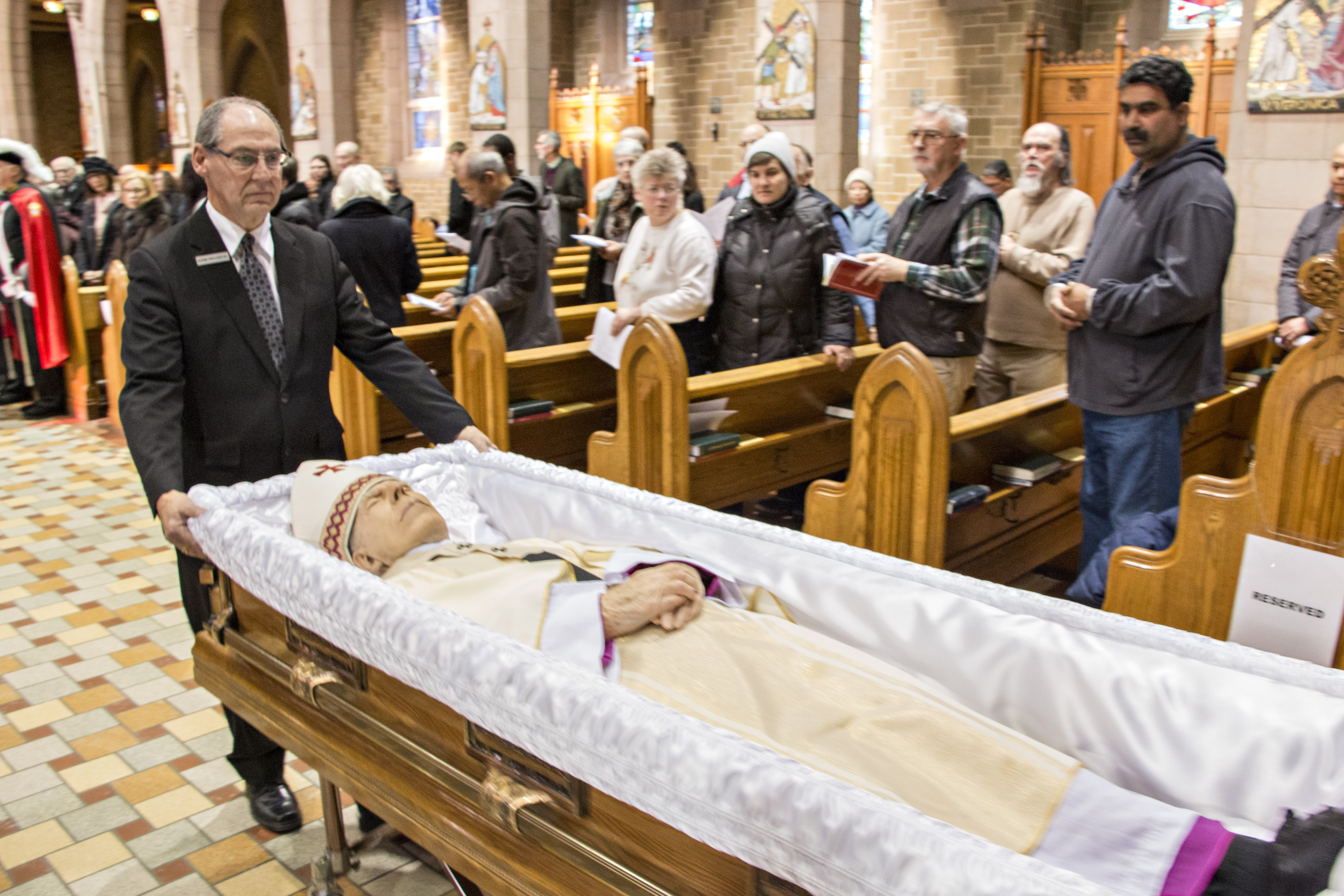 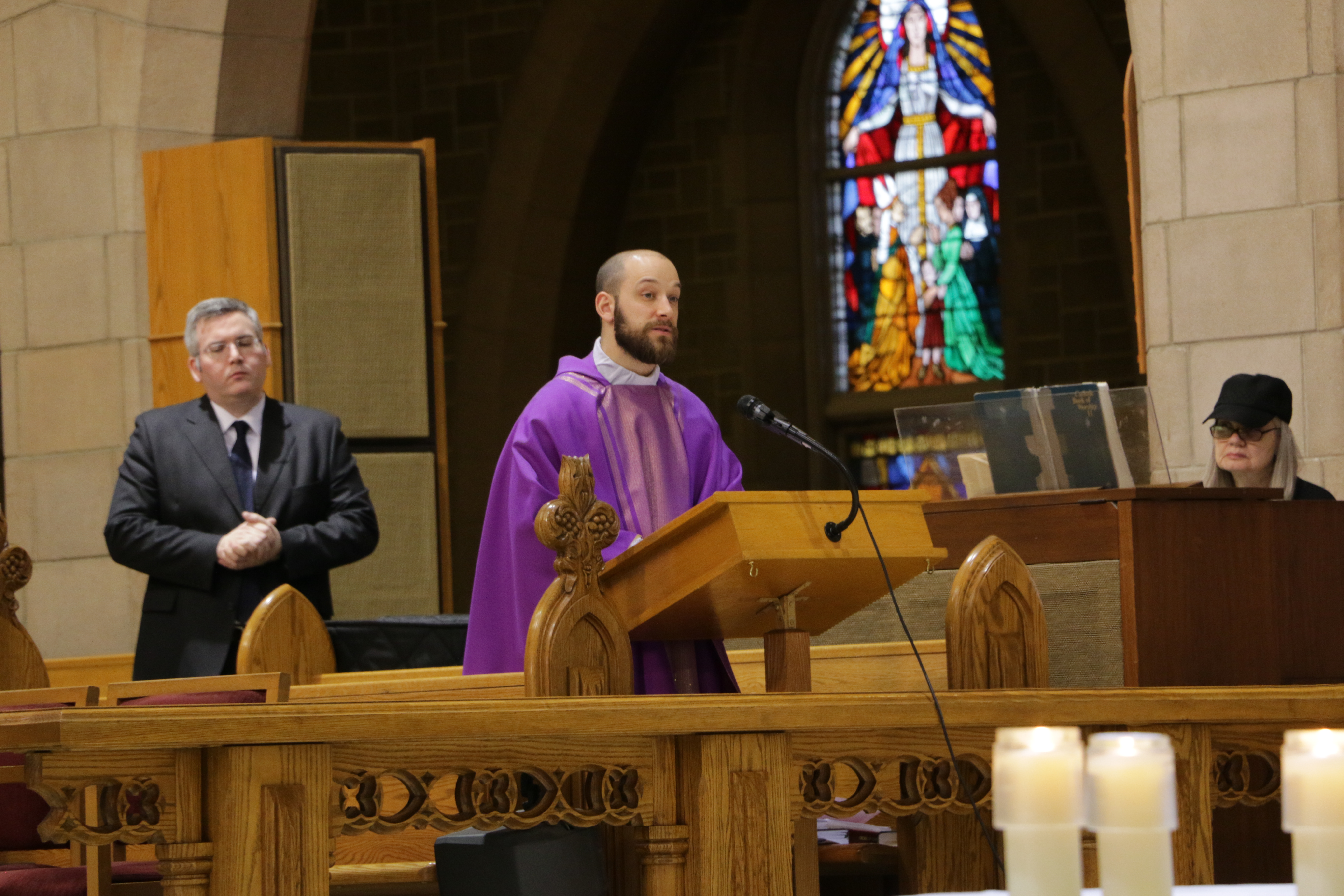 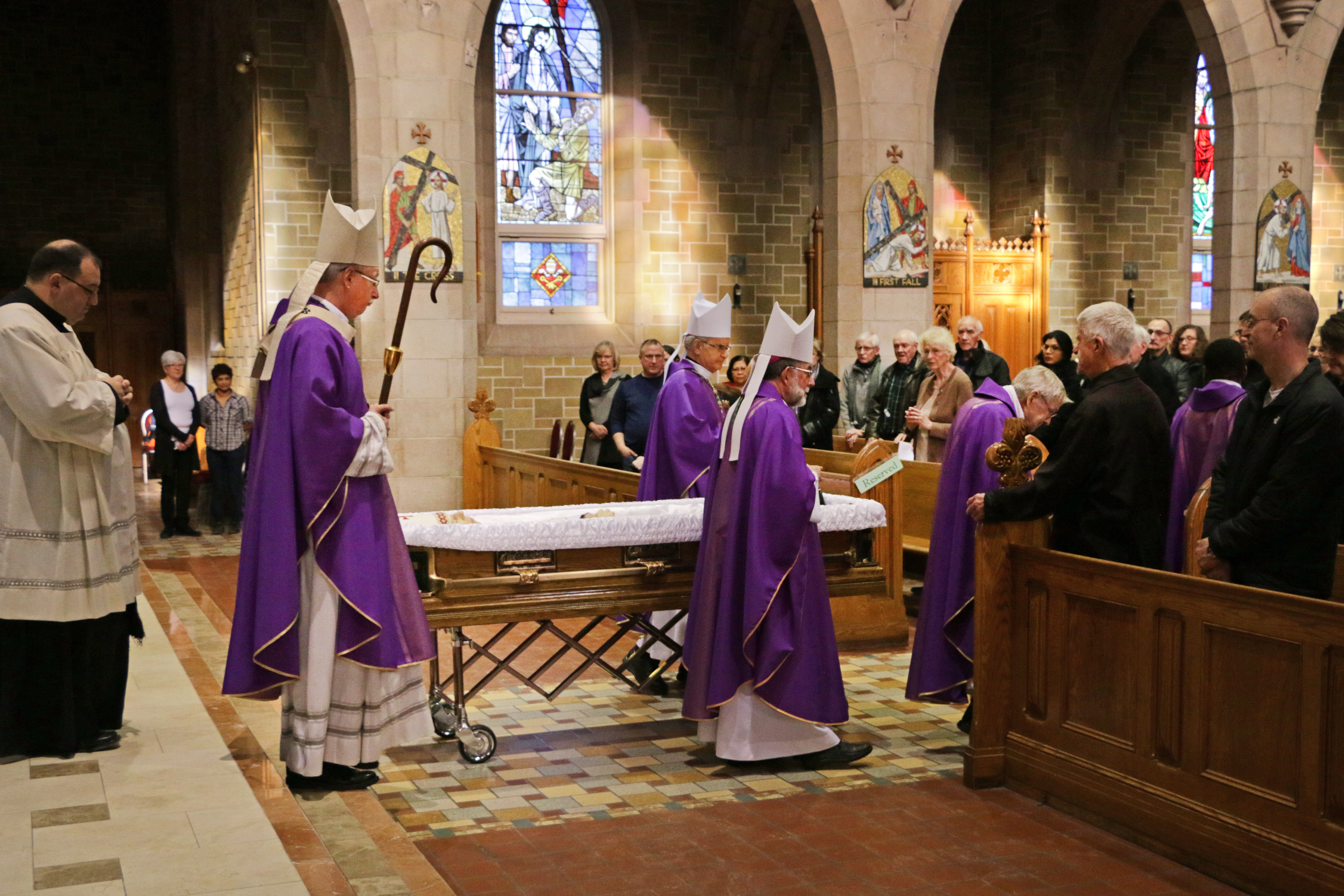 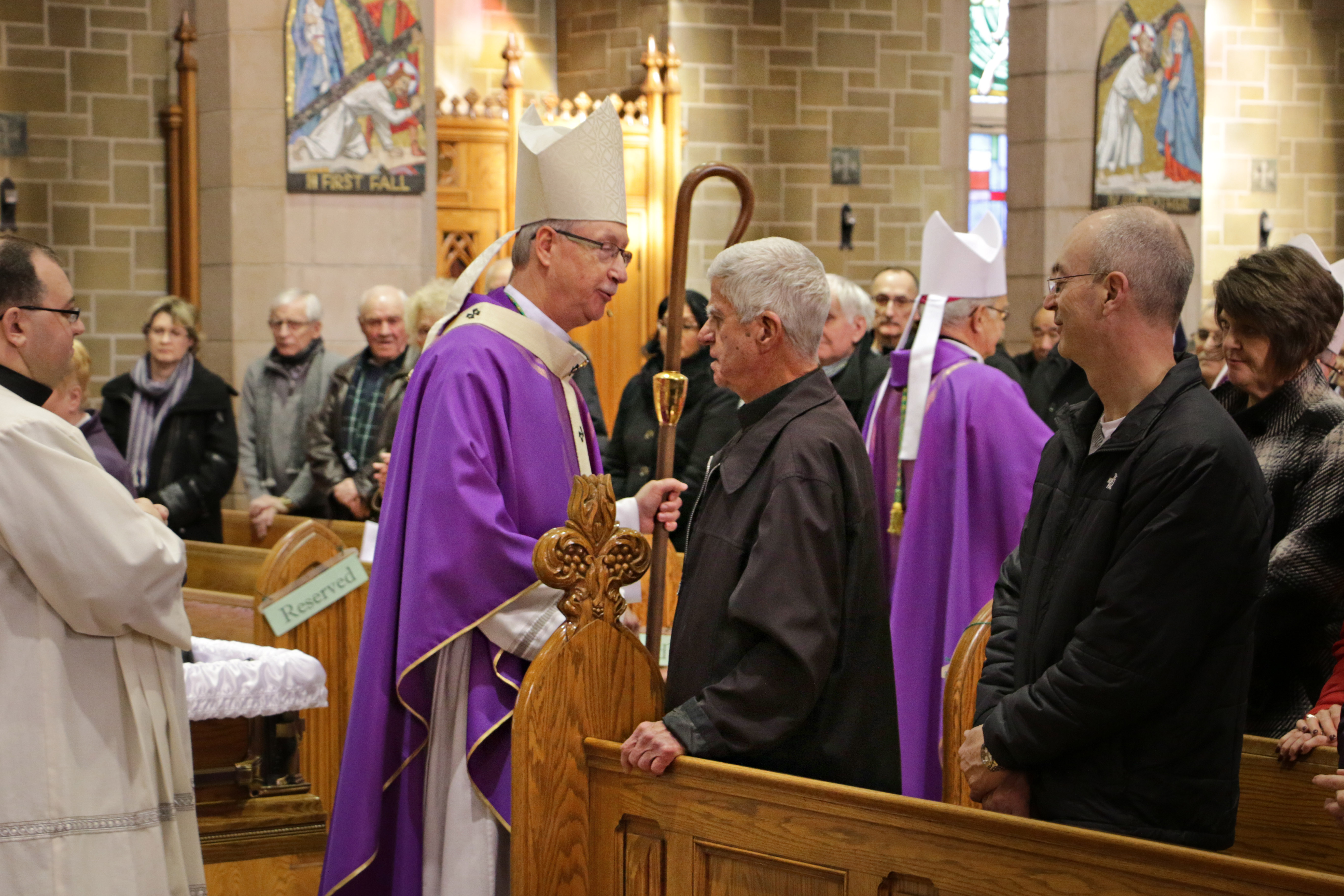 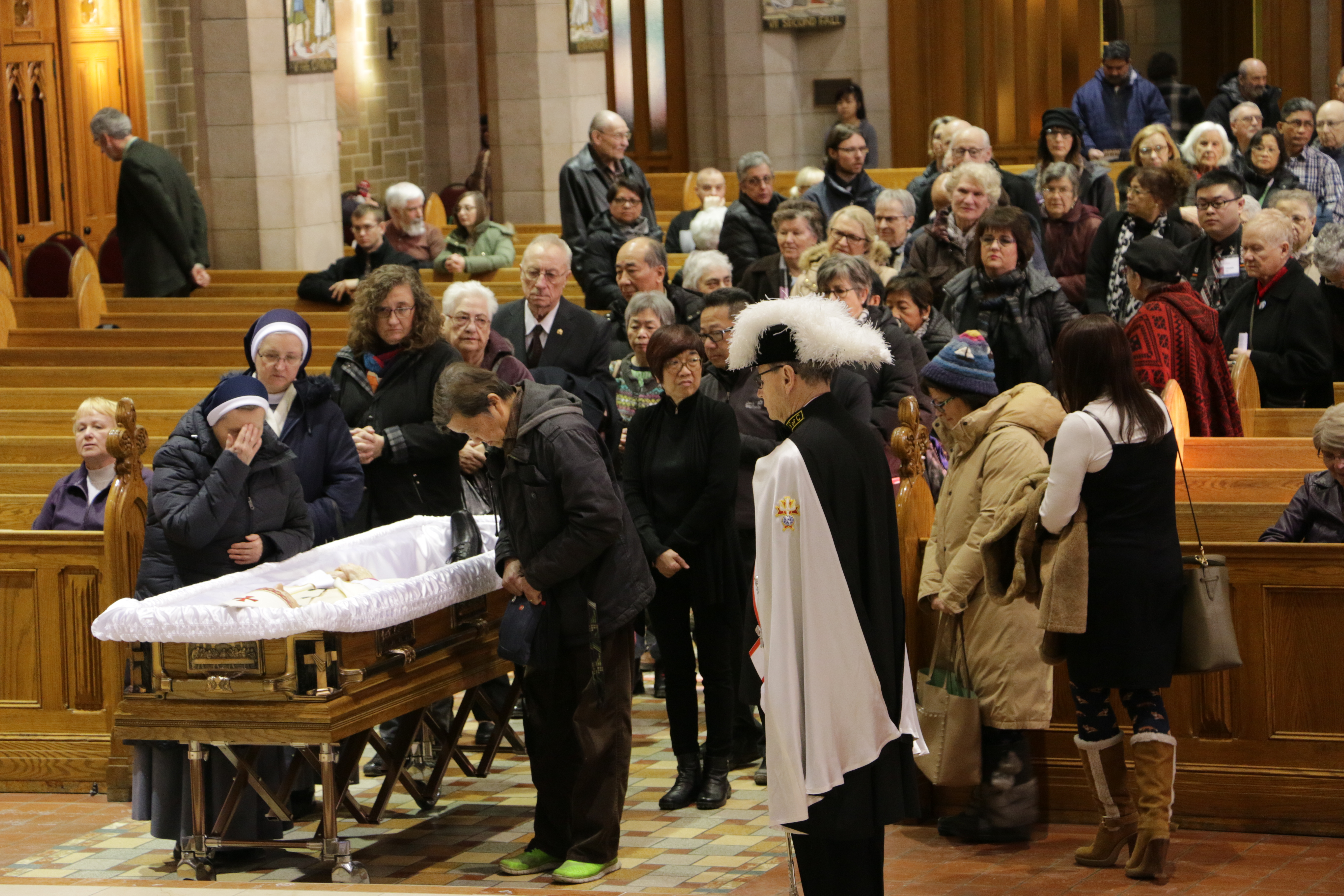 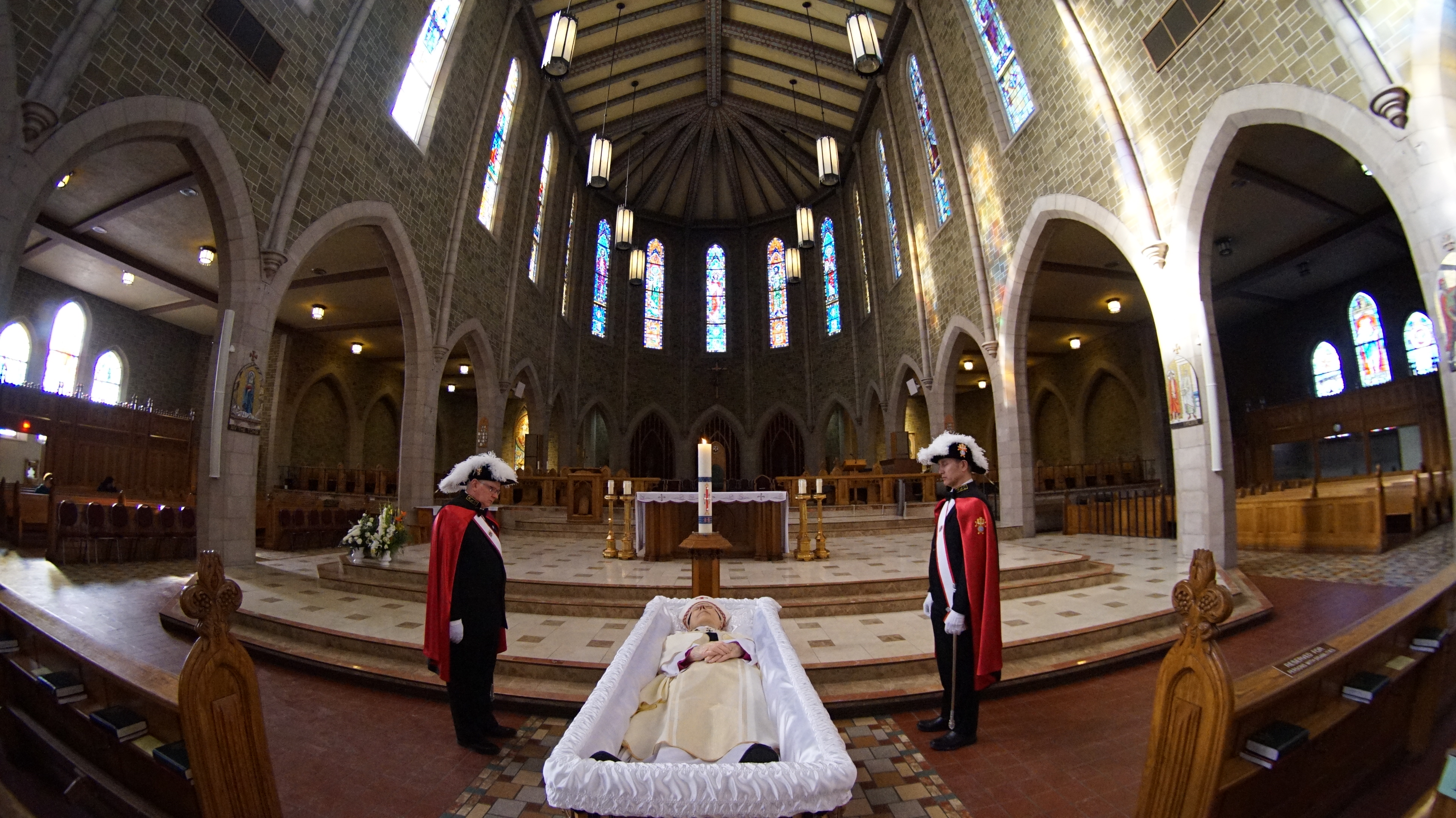 Archbishop Richard Smith celebrated Mass for the soul of his predecessor, described in the homily as a humble man who chose to follow God throughout his life.

Archbishop MacNeil made the “choice for life, the choice for God, and who chose each and every day, to live out that choice … to make it visible, tangible, and put it into effect through all that he did, and through the body, his body, the temple of the Holy Spirit,” Archbishop Smith said.

“To choose life, real life, is to choose His path, the path of self-denial, self-sacrifice, indeed death to self in order to live for God. That’s an especially challenging message for us today, surrounded as we are in a society that much prefers the opposite: not self-denial but self-exaltation and aggrandizement.”

Archbishop Smith was flanked at the altar by Bishop Lionel Gendron, president of the Canadian Conference of Catholic Bishops, and Bishop Robert Harris of the Diocese of Saint John, where MacNeil first served as bishop.

Among the mourners on Thursday was Father Malcolm MacNeil, the late archbishop’s younger brother. Father Malcolm suggested his brother might have mixed feelings about the elaborate ceremony of reception – a part of the Catholic Church’s funeral rites – and the large crowd of mourners who walked past his open casket to pay their final respects.

“He would be elated over the whole thing, but he’d be embarrassed by the thing,” he said.

“He was one of these fellows … he had honorary degrees that he never mentioned. You wouldn’t know that he had them. He’d be embarrassed by the whole thing, but thanks to the people, you take it the other way. It’s showing the love they had for him, as he’s shown his love for them.”

Nathan Devlin and his family, sitting in the front pew at the Mass, probably know that mutual love in a way that few others do. They became personal friends with Archbishop MacNeil when Nathan, now 24, was confirmed by him more than two decades ago. Nathan was just a few years old, and had been affected by cerebral palsy.

Nathan Devlin, right, was confirmed by Archbishop MacNeil as a young child, and his family became lifelong friends, often hosting McNeil and his brother Malcolm for Christmas.Alan Schietzsch

“A long time ago, Archbishop MacNeil confirmed Nathan at our house, because he was really sick and we weren’t sure if he was going to survive,” said Nathan’s father, Rob.

“Ever since then, he has been coming to dinner at our place at Christmastime.”

“We always joke because he got some water, and he blessed it to make holy water, did his little thing with Nathan and then poured it down our drain,” Rob said.

“I always joke that our drain has never been clogged since!”

Since then, Archbishop MacNeil and Father Malcolm, when he visited from Nova Scotia, had Christmas dinner at the Devlins’ home in the Mill Woods area of south Edmonton.

“One of the best parts of Christmas for us is when they come over,” Devlin said. “They’re a lot of fun, those two. They’re quite funny actually when you get them in a nice social setting, that’s for sure.”

The family is not sure if the tradition will continue with the archbishop’s passing, but there’s a standing invitation for Father Malcolm, who lives in Dartmouth, N.S. “We don’t know if he’ll ever come back, but he’ll always have a seat at our table for any time he wants to come by.”

In remembering his brother, Father Malcolm said he and ‘Joe’ would take long walks together, catching up on their lives and reminiscing about their childhood in Sydney, N.S.

“I always say he was the older one. He looked after me,” Father Malcom said, laughing.

That sense of humour seems to be a genetic trait. Father Malcolm said he and Archbishop MacNeil saw each other as recently December when they celebrated Christmas together, and they talked on the phone just days before his death.

“He was always in good cheer. You’d never know anything was wrong,” Father Malcolm recalled.

“That was the type of person he was. Even when he was dying, when he was in palliative care, he was there as if he was resting. He was there, as calm as anything, and had a good sleep and that was it. He went peacefully.”