The Archdiocese of Edmonton’s two summer camps for young people are closed this year, but there’s a commitment to reopen them through a long-range plan that may include new facilities and activities.

“This is a real investment in that effective ministry to young people that we already have. Looking for ways to make that more effective or more available to people is the way to go,” said Lisa Mcquarrie, who is in charge of the camps as coordinator of youth evangelization for the Archdiocese.

“The next step is the big, long-range plan. Going forward into the future, if we’re going to make big investments in new programs and facilities, things like that — we want to make sure they meet the needs of the archdiocese.”

The Archdiocese operates two camps, Our Lady of Victory Camp at Gull Lake, northwest of Red Deer, and Camp Encounter at Lac La Nonne, about 110 kilometres northwest of Edmonton. Between them, campers can participate in canoeing, archery, swimming and other sports as well as faith-based activities, sacraments and Catholic fellowship. In 2018, they attracted a total of 667 campers.

About 150 volunteers provide additional support. Several priests from the Archdiocese attend camp as well, providing Mass, adoration, reconciliation, and friendship with the campers.

However, their future is under review as part of a long-term plan by the Archdiocese after record budget deficits and facilities in need of repair. Our Lady of Victory Camp was established in 1946 and Camp Encounter was built in 1980.

An online survey last year elicited 979 responses on the future of the camps. Survey respondents stressed the need for creating a Catholic community, connecting youth to the Church, leadership skills and finding a personal encounter with God.

“People’s responses indicated the effectiveness of the ministry and hopefully a willingness to partner with the work that comes next,” Mcquarrie said. “It’s not a passing phase, that fad that was nice in the 80s and that people don’t care about anymore. That’s been encouraging to me.”

Edmonton architect Burgess Bredo determined that it would cost more to renovate the camp facilities than to build new ones. An estimated $5 million may be needed for new facilities. However, which buildings will be kept, which new ones will be built and the future of camp programming and activities is yet to be determined.

Over the years, the camps have operated at a deficit. The archdiocesan Finance Office says spending on the camps in 2016 totalled almost $567,000. After accounting for revenue from camp registrations, facility rentals and $95,509 in donations, the camps recorded net expenses of $101,053.

One question will be financing the camps while keeping the fees affordable for families. There is a proposal is to have the camps operate year-round, and make them available for retreats and conferences.

“If we use them more, they will become self-sustainable,” Mcquarrie said.

Mcquarrie said the camps will definitely expand their age limit. Currently campers are aged 8 to 14, junior counsellors are 14 to 17, and older teenagers can apply to become summer staff or volunteers.

The timeline for the long-term plan is yet to be determined, but the Archdiocese has committed to providing an update every three months. The next update is in June. In the meantime both Our Lady of Victory and Camp Encounter will remain closed for this season.

“Our goal is to reopen the camps with a new vision and beautiful facilities as quickly as the funds can be raised and the work completed,” Archbishop Richard Smith said in a March 12 letter detailing a new vision for the camps.

“They offer real opportunities to grow in our love for Him and for each other. We are, after all, a people of communion. As we worship together, sing together, eat together, and play together, we come to appreciate that God-given dignity in each and every human being.”

Colin Champagne, who grew up in St. Paul, said Camp Encounter strengthened his own faith.

“I really liked it. You really felt like you’re part of something bigger than yourself,” said Champagne, who attended Camp Encounter for four years  – two as camper and two as counsellor, until 2011.

Champagne said he particularly enjoyed camp because of Rev. Michael “Catfish” Mireau, the former Edmonton Catholic schools chaplain who died of cancer in 2014, as well as the fellowship.

“The campfires were always a blast as well, singing songs with everybody,” he added. “You spend a week with the people, so you may not know them at first but you really get to know them.”

Champagne said if the new facilities cost $5 million or more, it’s worth the expense.

“Five million dollars is a steep number, but if the vision is laid, and you work with donors and the community and share testimonials, people will support it,” said Champagne, who still has friends he met at Camp Encounter.

“It had a big impact on my faith. It taught me that God works through people, seeing how people are good to each other and work with each other.”

Mcquarrie said the closure of the camps for this season is part of a larger goal to make them viable.

“This is a sacrifice to give up that opportunity of having summer programs, but a necessary one to be able to do everything correctly for the first time and make sure that the changes and improvements we make are going to have an impact on making the camps sustainable for the long term.”

For Mcquarrie, the success of the camps also has a personal element. She attended Our Lady of Victory camp as a nine-year-old, worked there as staff, met her husband there, and now runs the camps. 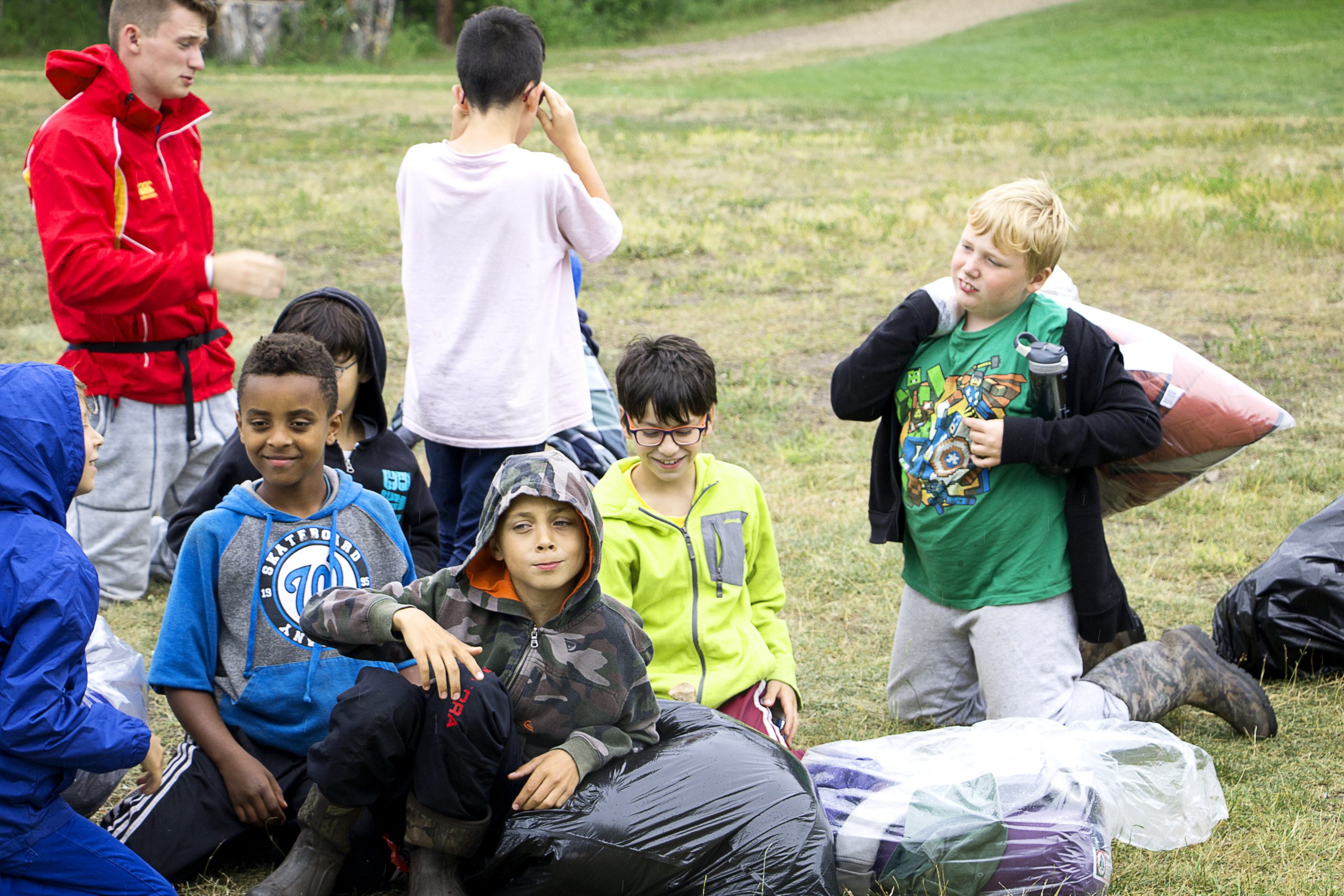 Langlois: Recognizing the sacredness of giving