Malone: Weakness of ‘The Rise of Skywalker’ is it kills any notion of permanent death

Star Wars: Episode IX – The Rise of Skywalker has a fraught relationship with death.

The opening words of the signature Star Wars introduction, “The dead speak!” are the obvious starting point for exploring this theme, but despite the exclamatory tone of these opening words, it is not new, in Star Wars films, that the dead speak; one of the original film’s most famous lines, “Use the force, Luke,” is uttered by a dead character.

And from a Catholic perspective, the relationships Star Wars characters have with the Jedi is not unfamiliar; it is easy to compare these to the communion of saints, the relationship between the Church Militant and the Church Triumphant, but this is not an analogy I want to consider too deeply. 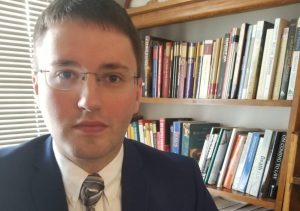 The more difficult aspect of this most recent Star Wars film’s portrayal of death has to do with the effective resuscitation of the evil Emperor Palpatine, who had seemingly been killed several films ago, but who, it turns out, survived and is once again plotting mischief.

While the film is cagey as to how, exactly, the Emperor survived – meaning that for narrative purposes there is technically no return from the dead – for the audience’s purposes, this is for all intents and purposes the return of a dead character.

This return undermines the narrative of previous films, instead of furthering it. The Star Wars films, famously, depict a grand mythic narrative of the conflict between Good and Evil. In those original films, Good has triumphed, auguring an era of peace. In this mythic framework, narrative has an eschatology. The narrative structure points towards the hope that good will have the final victory. Despite present evils, hope in peace is possible.

The Christian eschatological framework knows that the victory over evil and death has been won in the Resurrection, but also understands that, while this victory is sure, there are “mopping up” battles to be won, in which we, the Church Militant, through God’s grace, strive to defeat temptation and alleviate suffering.

Star Wars is not a realist narrative in that, as in history, the so-called “War to End All Wars” sets the stage for the Second World War, or the defeat of one evil power leads to conflict with the other evil power with which the victors were allied. Instead, it is a narrative of victory, and to trust in that narrative, the victory must be true.

In this new Star Wars, however, that narrative can no longer be trusted because the victory it depicted is illusory; while that might be true in our history, it does not ring true for the story’s mythic framework. Yes, technically, the victory that audiences thought they saw in 1983, when Return of the Jedi was released, was not complete, as now we finally know (36 years later) that the Emperor did not die when he fell down that bottomless pit while the space station he was on was exploding. It was an obvious mistake to think that, in retrospect.

The point is, ultimately, that by undermining the story’s climax, the narrative is undermined, and by undermining that narrative, the story’s eschatology and hope are kneecapped. It is not a challenge to Christian eschatology to believe that the Church Militant defeating one evil will simply lead to fighting another – take, for instance, J.R.R. Tolkien’s stories in which good’s victories are short-lived, before The Return of the King – but it is narrative whiplash for Star Wars to pivot from its mythic triumph to its realist struggles, almost to the point of incoherence. I hardly know what type of story I’m watching anymore.

Finally, it is especially disturbing that this story which undermines eschatology and the narrative meaning of death is told by ignoring the death of Carrie Fisher, the actress who plays Princess Leia. Unused footage from previous films is used to depict Leia’s role. Instead of, for instance, recasting the character, having the character die offscreen, or otherwise writing out the character, we need to cross the uncanny valley and see a person we know to be dead be awkwardly fit into the story, which comes across as simply a flex of Lucasfilm and Disney’s muscles to demonstrate their power to make the dead live for their purposes.

When the corporate powers want to make another film likely to gross billions, they can do so by ignoring not only the narrative that has been established, but also the death of their star actress. This film is a triumph of technocracy over death, not life over death.

-Patrick Malone has a bachelor’s degree in English from Campion College at the University of Regina, and a Juris Doctor from the University of Saskatchewan. He has written on literature, film, and culture for Catholic Stand and has also been published in Millennial Journal. This review was originally published by the Archdiocese of Regina.