Skip to content
Pope Francis marks an icon of seven martyred bishops of the Eastern-rite Romanian Catholic Church during their beatification in Blaj, Romania on June 2.Catholic News Service

The memory and witness of Romania’s martyred bishops are a reminder that Christians are called to stand firm against ideologies that seek to stifle and suppress their cultural and religious traditions, Pope Francis said.

On the last leg of his visit to Romania, the pope June 2 celebrated a Divine Liturgy during which seven Eastern-rite Catholic bishops, who died during a fierce anti-religious campaign waged by the communist regime in Romania, were beatified.

“These pastors, martyrs for the faith, re-appropriated and handed down to the Romanian people a precious legacy that we can sum up in two words: freedom and mercy,” the pope said.

According to the Vatican, an estimated 60,000 people filled Blaj’s Liberty Field, while some 20,000 people followed the liturgy on big screens set up in various squares around the city.

For Eastern Catholics in Romania, the field – located on the grounds of Blaj’s Greek Catholic Theological Seminary – is both a symbol of national pride and sorrow.

It was in Liberty Field where, during the 100th anniversary of the Romanian nationalist revolution that communist authorities formerly dissolved the Eastern-rite Romanian Catholic Church.

One of the newly beatified bishops, Bishop Ioan Suciu, the apostolic administrator of Fagaras and Alba Iulia, refused to appear at the event, which was perceived by his flock as a sign that they were called to remain steadfast in their faith and follow the path of persecution and martyrdom.

Thirty years after the fall of communism, the sun shined brightly and solemn hymns echoed over the field that was once the site of the Eastern Catholic Church’s darkest period.

Men, women and children, many dressed in traditional outfits, held up images of the seven martyred bishops who gave their lives defending their faith:

Bishop Suciu; Auxiliary Bishop Vasile Aftenie of Fagaras and Alba Iulia; Bishop Valeriu Traian Frentiu of Oradea Mare; Auxiliary Bishop Tit Liviu Chinezu of Fagaras and Alba Iulia; Bishop Ioan Balan of Lugoj; Bishop Alexandru Rusu of Maramures and Bishop Iuliu Hossu of Gherla, who had been named a cardinal by St. Paul VI “in pectore” or in his heart, withholding publication of his name until 1973.

In his homily, the pope remembered the sufferings of Eastern-rite Catholics who were forced to “endure a way of thinking and acting that showed contempt for others and led to the expulsion and killing of the defenseless and the silencing of dissenting voices.”

The martyred bishops left a “spiritual patrimony” for future generations demonstrated by their “exemplary faith and love for their people,” the pope said.

Their faith, he added, was matched only by their willingness to suffer martyrdom “without showing hatred toward their persecutors and indeed responding to them with great meekness.”

“The mercy they showed to their tormentors is a prophetic message, for it invites everyone today to conquer anger and resentment by love and forgiveness, and to live the Christian faith with consistency and courage,” the pope said.

However, Pope Francis warned that even today there are new ideologies that “attempt to assert themselves and to uproot our peoples from their richest cultural and religious traditions.”

“Forms of ideological colonization that devalue the person, life, marriage and the family, and above all, with alienating proposals as atheistic as those of the past, harm our young people and children, leaving them without roots from which they can grow.”

Like the newly beatified bishops, he added, Catholics are called to bring the light of the Gospel to others and resist those ideologies rising in the world.

“May you be witnesses of freedom and mercy, allowing fraternity and dialogue to prevail over divisions, and fostering the fraternity of blood that arose in the period of suffering, when Christians, historically divided, drew closer and more united to one another,” the pope said.

On his final stop before departing for Rome, Pope Francis visited members of the Roma community living in the neighborhood of Barbu Lautaru. According to the Vatican, a newly erected church and pastoral center were built to assist the Roma community to fully integrated within the social fabric of the city of Blaj.

The pope told the Roma community that his heart was heavy due to “the many experiences of discrimination, segregation and mistreatment experienced by your communities,” inflicted upon them, including by members of the Catholic Church.

He asked forgiveness to them “for those times in history when we have discriminated, mistreated or looked askance at you” instead of defending them in their “uniqueness.”

Waiting for the pope Razaila Vasile Dorin, a 16-year-old, told reporters, “We are proud he is coming here in our community — a person like the pope! I don’t know what to say. It’s a great honour.”

Asked about discrimination, Dorin, speaking English, said, “In every country there is racism. When we go out everyone looks, ‘Look, look, a Roma, a Gypsy.'”

But, he said, the Roma are “proud to be Gypsies.”

“Whenever anyone is left behind, the human family cannot move forward. Deep down, we are not Christians, and not even good human beings, unless we are able to see the person before his or her actions, before our own judgments and prejudices,” the pope said.

According to the Jesuit journal Civilta Cattolica, a 2011 census estimated that there are more than 620,000 Roma people in Romania. However, the figure may not reflect the actual numbers because many do not declare their ethnicity out of fear of discrimination.

Despite the trials they have endured, the pope encouraged them to not go down the path of vengeance and instead to choose the “way of Jesus” which brings peace and can heal the wounds of injustice.

“May we not let ourselves be dragged along by the hurts we nurse within us; let there be no room for anger. For one evil never corrects another evil, no vendetta ever satisfies an injustice, no resentment is ever good for the heart and no rejection will ever bring us closer to others,” he said. 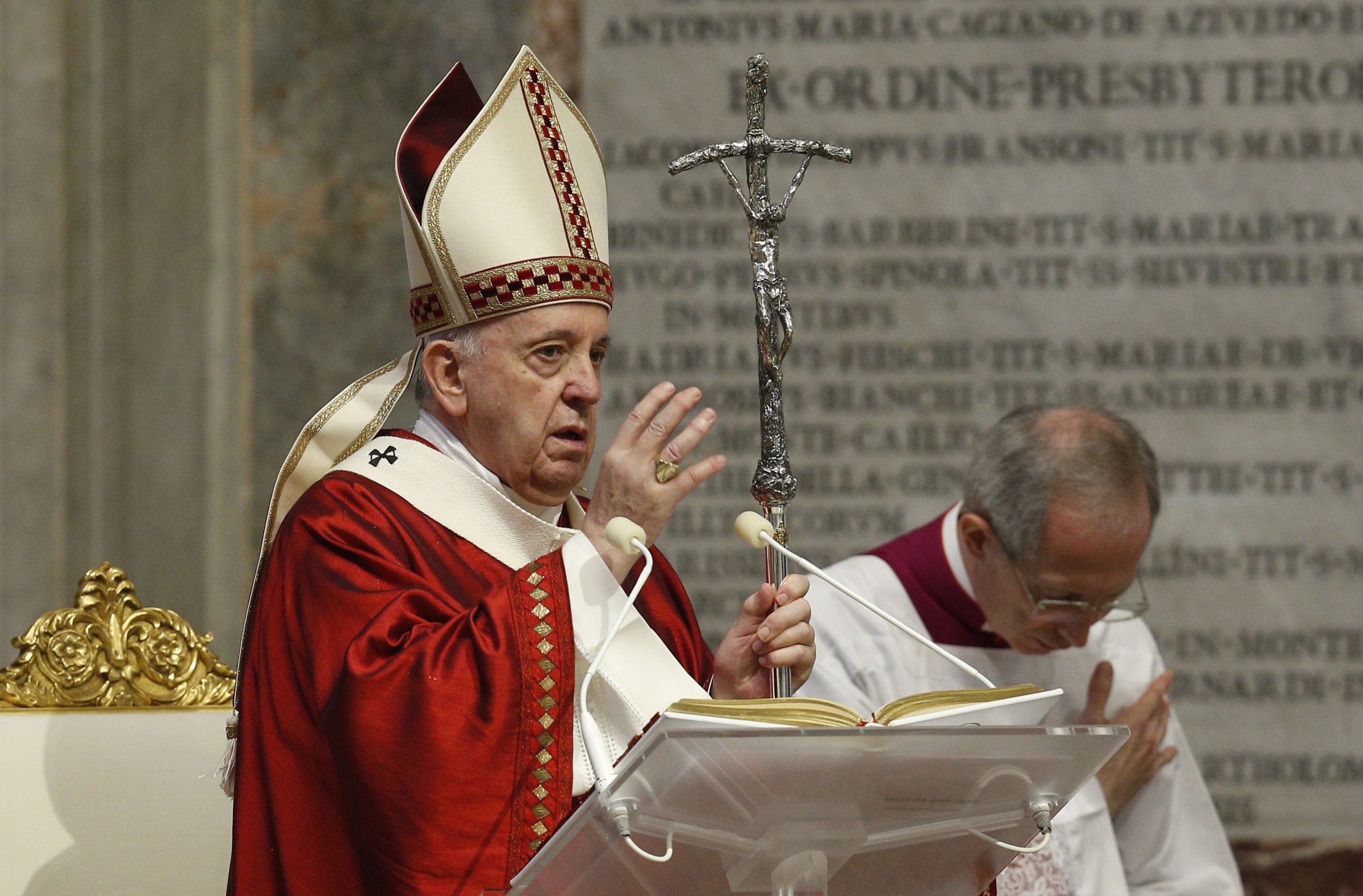 Rolheiser: Deeper things under the surface