Louise Boychuk is 28 and has been using natural family planning for seven years. She is not a unicorn.

“I don’t know if I’m just in a really special circle of people, but almost all of my friends use NFP,” said Boychuk.

Natural family planning (NFP), also known as fertility awareness, covers several methods of birth regulation that don’t use hormones or barriers. Couples can use NFP to avoid or achieve pregnancies by abstaining from or engaging in intercourse on fertile days, which may be identified by knowledge of the woman’s menstrual cycle, examining and charting cervical mucus, and temperature changes.

Boychuk and her husband, Nicholas, are part of a growing number of young people turning to the natural way, even though many of their parents shunned it in favour of artificial contraceptives such as the birth control pill.

“It’s interesting, but I think there’s more push from the green crowd too, to start getting those hormones out of our bodies,” said Boychuk, a registered nurse. “I think that it’s our job, as young people, as young Catholics, to use NFP and to be fully informed about it so that we can spread the word that it really is a method based on science and that it really does work.”

Boychuk was a panellist at a ‘What is Natural Family Planning?’ event on Nov. 23, featuring representatives from the Billings Ovulation Method, Serena Symptothermal Method, Creighton Model, and Marquette Method. The panel, at Our Lady of Perpetual Help Catholic Parish in Sherwood Park, was part of celebrations to mark the 50th anniversary of Humanae Vitae. The controversial 1968 papal encyclical is often known as the Catholic Church’s big “No” to artificial contraception.

Couples should be familiar with all the methods, said Steven Defer, coordinator of the Office of Life and Family at the Catholic Archdiocese of Edmonton. Natural family planning can be frustrating, but couples should not give up, he said.

“You can be confident in any one of these methods with the right instructor,” said Boychuk, who had two “surprise babies” before the couple started taking NFP seriously.

Boychuk’s parents had used NFP but she didn’t decide to use it until attending a marriage preparation class with her fiancée. The couple had already been having sex. The words of the marriage and sexuality speaker struck them: “The graces that you get in marriage you won’t be able to get from anywhere else,” he said. “To get those graces, you have to play by God’s rules. God’s rules are to use NFP.”

“I loved my fiancée, and I wanted to be married to him forever, and we’re just human and life’s hard,” Boychuk said. “I knew that we needed all the graces we can get, so that’s when we started using NFP.”

After they got married, they were using a mucus-reading method and were not successful with it. She was only 23 when they were expecting their second baby.

“We had a couple surprise babies,” said Boychuk. “We started to think, if we have a baby every 18 months, we’re going to have a lot of kids before we hit menopause. So we started asking friends what they were doing to be successful, and they were all doing Marquette.”

The Marquette Method, developed in the late 1990s, is the newest method, and uses the tagline, ‘Not your mother’s NFP.’

It is based on the Clear Blue Monitor technology, which was originally introduced to help couples experiencing infertility conceive. Unlike the other methods, which typically require only a thermometer and chart, Marquette users need to pay about  $215 for the monitor and $15 a month for urine test sticks.

The Boychuks taught themselves the Marquette method for free online. But the free instructions are not comprehensive, said Boychuk.

“So, we also ended up having a surprise Marquette pregnancy,” she said. Sadly, that pregnancy ended with a miscarriage at 18 weeks.

They continued to use Marquette, this time with the aim of having another baby, and shortly after the miscarriage, she got pregnant again. Their children are now 2, 4, and 5.

‘You track your fertility in the morning and then you’re done for the day.’

Not only have they successfully used the method to delay another pregnancy, Boychuk is now a Marquette Method Instructor, and has started her own practice, Vitae Fertility Education (www.vitaefertility.com).

“It’s been life-changing for us,” said Boychuk. “Before, there was a lot of, ‘So, what’s my mucus trying to tell me? Are we going to get pregnant?’ It was just a really big question mark and it added a lot of anxiety and stress into our marriage.”

“What I really value about Marquette is how objective it is: you pee on a stick in the morning, put it on the monitor. You track your fertility in the morning and then you’re done for the day. So it took a lot of the question marks out of NFP.”

With regular cycles, Marquette is 98 per cent effective, said Boychuk, who works with a client base of 190 couples.

Of those, only one couple has experienced an unintended pregnancy, and that was with typical use, not following all the rules, she said. All but three of her clients using Marquette to conceive have been successful in achieving pregnancy. Most of her clients are Catholic; four are not.

By tracking a woman’s hormones, all methods of natural family planning can also identify symptoms of health problems that might be masked by a contraception method such as the birth control pill, said Boychuk.

NFP is the only method of contraception endorsed by the Church, but the issue of family planning still divides Christian people and organizations, said Paul Flaman, professor of Christian Theology at St. Joseph’s College at the University of Alberta.

In his book, Sex, Love and Marriage, Flaman responds to the arguments used to promote contraception and sterilization. One, that NFP is not effective, is rooted in the fact that many people aren’t aware of the newer methods of fertility awareness such as Marquette. Another argument, especially in the Western world, is the need to prevent overpopulation. But birth rates are below replacement levels in most Western countries, including Canada, Flaman said.

Fifty years after Humanae Vitae, NFP is ripe for a resurgence, he suggested, especially among environmentalists. Studies show that the hormone combination in birth control pills is making its way into water systems and impacting the fertility of fish, he noted. “There are ecological concerns there.”

Event organizer Alana LaPerle said she was “completely inspired” by what she heard. “At 54, I wish I could go back to my marriage days at age 30 right now and make a lot of different decisions,” she said.

LaPerle doesn’t remember learning about NFP when she was in marriage preparation.

“I wasn’t going to pay attention anyways; I was totally immersed in the culture,” said LaPerle, a mother of two. “I still mourn the kids I didn’t have.”

Many Catholics are unaware of NFP. At a recent marriage preparation class of 21, not one person knew about it, said Cassie Bernes, who teaches the Serena Method with her husband, Dustin.

The couple have used the method to postpone pregnancy for the last nine years. When they started, they had four children under six years old. Their kids are now 9, 11, 13, and 15.

Both cradle Catholics, Cassie and Dustin found that NFP drew them closer to the Church. Cassie had attended several Protestant churches after she was married. But when she asked about birth control, each one said, “Do what you want,” which shocked her.

“None of you thought this was an important teaching to go with you? It led me to think that if (the Catholic Church) got that one right, what else did you get right?”

She never told her husband that he should join her as a practising Catholic. But five years ago, he went through the Rite of Christian Initiation of Adults (RCIA) and fully entered the Church.

“It (NFP) changes you as a whole,” said Dustin. “It opens you up to care about your wife’s health when she’s not taking pills, treating her fertility like a disease.”

NFP should be taught in schools, said Tom Tookey, who took part in the panel discussion. Tookey learned about NFP while converting to Catholicism from the Anglican Church. He wanted to know why artificial contraceptives and sterilization were considered sins. That led him to read Humanae Vitae.

“In one night I read it twice,” said Tookey. “I was so amazed that it created a lot of opposition. It had kids in mind, being open to life. This is like a love story.”

NFP is a “powerful weapon” to defend the Catholic Church, said Tookey, considering the troubles in society which were foreseen in Humanae Vitae, including high divorce rates.

Divorce rates for NFP users are about three per cent, said Flaman, significantly lower than the 40 per cent overall divorce rate for Canadian and U.S. marriages.

“But people who use NFP would understand why, because to use the method it requires some self-control,” said Flaman. “Self-control is a virtue that’s also valuable in how we talk to each other and promotes respect — particularly for the man to respect the ecology of his wife’s body, the natural rhythms and so forth.” 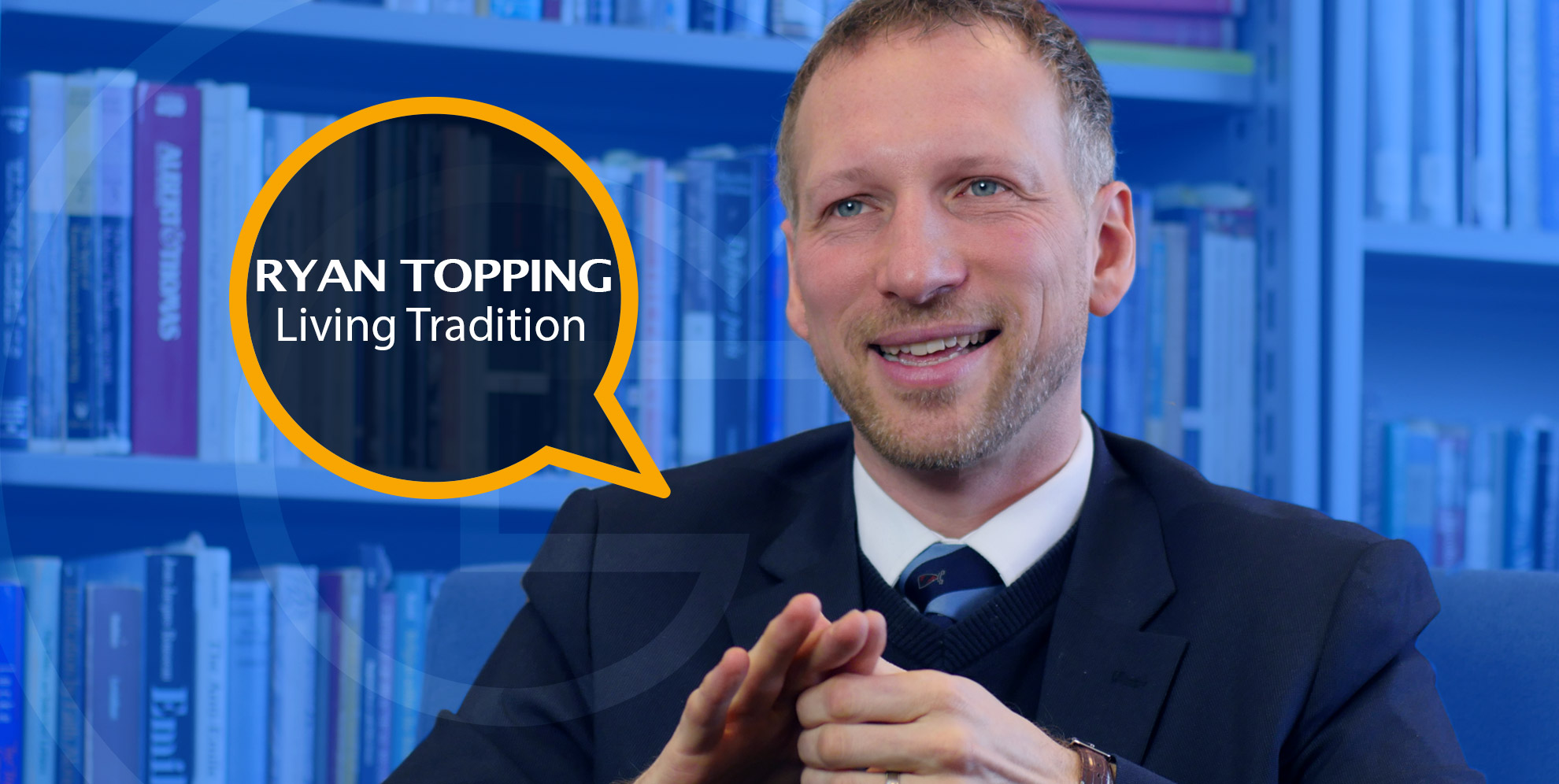