Scroll down for the story.

Hundreds of Edmonton students gathered Nov. 5 at Beechmount Cemetery to commemorate fallen Canadian veterans. The students lay poppies each year on every veteran’s grave as part of No Stone Left Alone, a national event to honour soldiers who made the ultimate sacrifice for peace.

No Stone Left Alone began at Beechmount Cemetery in 1971 when local children began honouring their late mother, a war veteran, by placing poppies on her grave. By 2011, the event went national, and today thousands of students honour Canada’s veterans in the same way.

Both Mila and Ishmaiel from St John Bosco Elementary School thought the event helped them appreciate our fallen soldiers.

“I think it’s good to remember the soldiers who fought,” said Ishmaiel, who is in Grade 3.

“I feel lucky to be living here,” added Mila who prays to thank the soldiers who died.

St. John Bosco School was responsible for laying poppies on 930 graves, as one of three Edmonton Catholic schools assigned to Beechmount Cemetery.

Nov. 11, 2018 will mark 100 years since Armistice Day, which ended the First World War. An RCMP member laid a special wreath comprised of poppies at the war memorial on site.

“Canada watched wave after wave of friends and loved ones leave to fight on the front lines of a brutal conflict.” Mitchell said, “One-in-10 did not return home.”

Over 1,230 #ECSD students will take part in No Stone Left Alone as they #remember all those who fought for our freedom. Students from 15 of our schools will place a poppy on the grave of a soldier at cemeteries throughout Edmonton. #NSLA #ECSDfaithinspires pic.twitter.com/QwkGFGfARn

Edmonton Catholic Schools superintendent Joan Carr and school board chair Laura Thibert were also among the dignitaries who participated.

Emmanuella Owusu, a student at St. Basil’s Jean Forest All Girls Leadership Academy, read a letter reflecting on her participation in the No Stone Left Alone ceremony last year.

“Going to No Stone Left Alone for me was truly a great honour,” Owusu said. “It brought be to a place of realization, and helped open my eyes to let me know how lucky I am and to see the things that I take for granted. It helped me appreciate the people who did not know me, but still gave up their hopes and dreams so that I may pursue mine.”

In 2011, Maureen G. Bianchini-Purvis launched the first national No Stone Left Alone event, to honour all Canadian veterans in the same way they have been honoured in Edmonton since 1971. Since then, the event has grown tremendously. 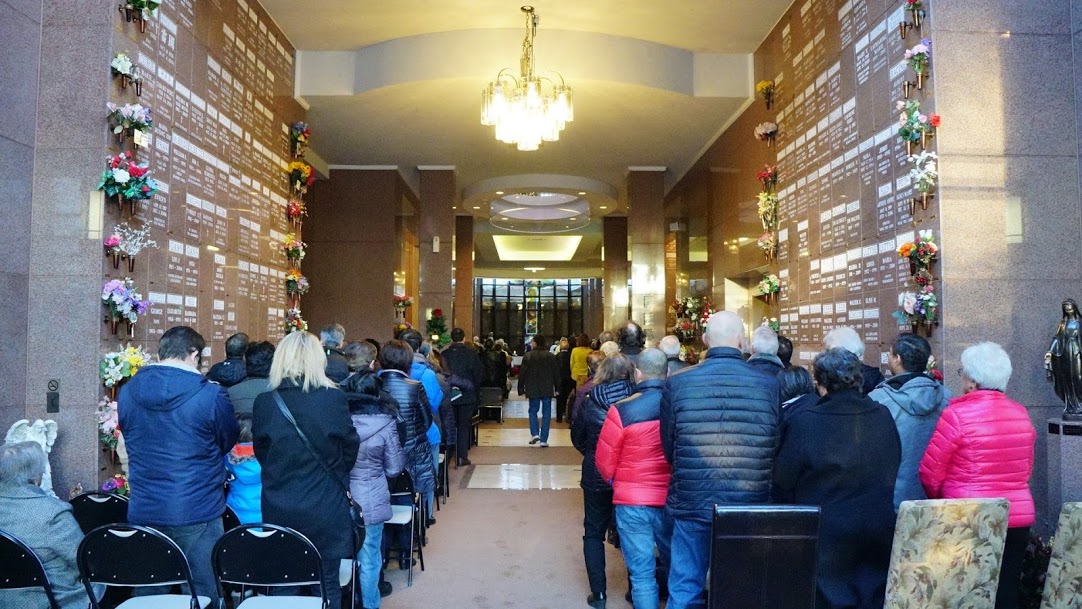