Other languages have rules. Other languages show a clear and obvious correspondence between the way people pronounce a word and the way it’s written. But what is an English student supposed to make of “through” versus “threw” versus “throw?”

But the newly appointed eparch for Canada’s 3,500 Byzantine-rite Slovak Catholics has bigger problems than just learning the language most of his faithful speak.

“It’s a tough job,” remarked history professor Mark Stolarik, who holds the chair in Slovak history and culture at the University of Ottawa. “Just preserving the diocese and trying to prevent further decline.”

One of Pacák’s problems is the same one all religions face in a wealthy society.

The people Pacák now shepherds are the great-grandchildren, grandchildren and children of Slovaks who immigrated to Canada after the Second World War. That generation watched from afar as the Soviet communist system crushed the ancient Church their ancestors had preserved from its ninth-century origins under Saints Cyril and Methodius.

When they arrived on a Sunday morning at their little wooden Cathedral of the Nativity of the Mother of God on Shaw Street, just west of downtown Toronto, they sang the Divine Liturgy in Church Slavonic for three to four hours, then spent most of whatever remained of Sunday discussing how the communists and the Moscow patriarchate had seized churches in Slovakia where they grew up and declared them Orthodox.

Those post-war immigrants were Catholics who lived a tradition that stretched back a millennia. For them, their long, candlelit liturgies were a golden thread that tied them to villages, farms and long-past generations. All this was overshadowed by Soviet imperialism just as they were gaining a foothold in Canada.

“Liturgy in the Slovak Byzantine Church is actually at the centre of our whole spirituality. Liturgy is actually our heritage,” explained Pacák.

“You can see this in our Byzantine churches. This is the reason why it’s our rite. In theology, this is what we have.”

In the 1990s the Soviet empire crumbled and Byzantine Catholics in Slovakia took back their churches. In this country, Slovak Byzantine Catholics were by then second- and third-generation Canadians, no longer holding on to traditions for the sake of their persecuted cousins back home.

Even in Slovakia, use of old Church Slavonic — a language nobody actually speaks outside of church — has now abated, with preaching and most of the liturgy rendered into modern Slovak. In Canada, the liturgy has been translated into English.

While Pacák shares in the hope and energy behind a renovation of Byzantine liturgy, he wants that renovation to be true to the Slavic-Byzantine roots of his Church.

“We cannot take on an artificially new form,” he said. “Rather we will try to just go more deeply inside (the tradition). This is what’s important for our Church.”

Keeping young Slovak-Canadians involved in their Church is Pacák’s biggest challenge. He hopes they see a value in their traditions and in the spirituality that formed their parents and grandparents.

But the 45-year-old Redemptorist bishop ordained in Michalovce, Slovakia, on Sept. 2 is under no illusion that choosing this tiny Church is going to be easy for third-generation Canadians.

“You have to have a stomach for it,” he said.

For many Toronto Catholics, the most obvious sign of the Slovak Byzantine presence remains the giant, de-consecrated Cathedral of the Transfiguration in Unionville, just north of the city, built by the wealthy Roman family.

An oral agreement between Steve Roman and Bishop Michael Rusnak to transfer the cathedral to the Slovak eparchy upon its completion was frustrated when Roman died in 1988 before the agreement was put in writing.

A dispute between the eparch and the family foundation finally resulted in 2006 in restoring the little church on Shaw Street to its former status as the Slovak Byzantine cathedral.

It’s a complicated and sensitive history. Pacák says he’s heard too many conflicting stories to make any judgment about it right now. For now he has English on his mind and the liturgy in his heart.

“We will try to go deeply inside (the liturgy). This is what’s important for our Church,” he said. “When a person understands this spiritual and theological heritage, at this point we can help people better understand (the Church). But this has to happen in community with parishioners.” 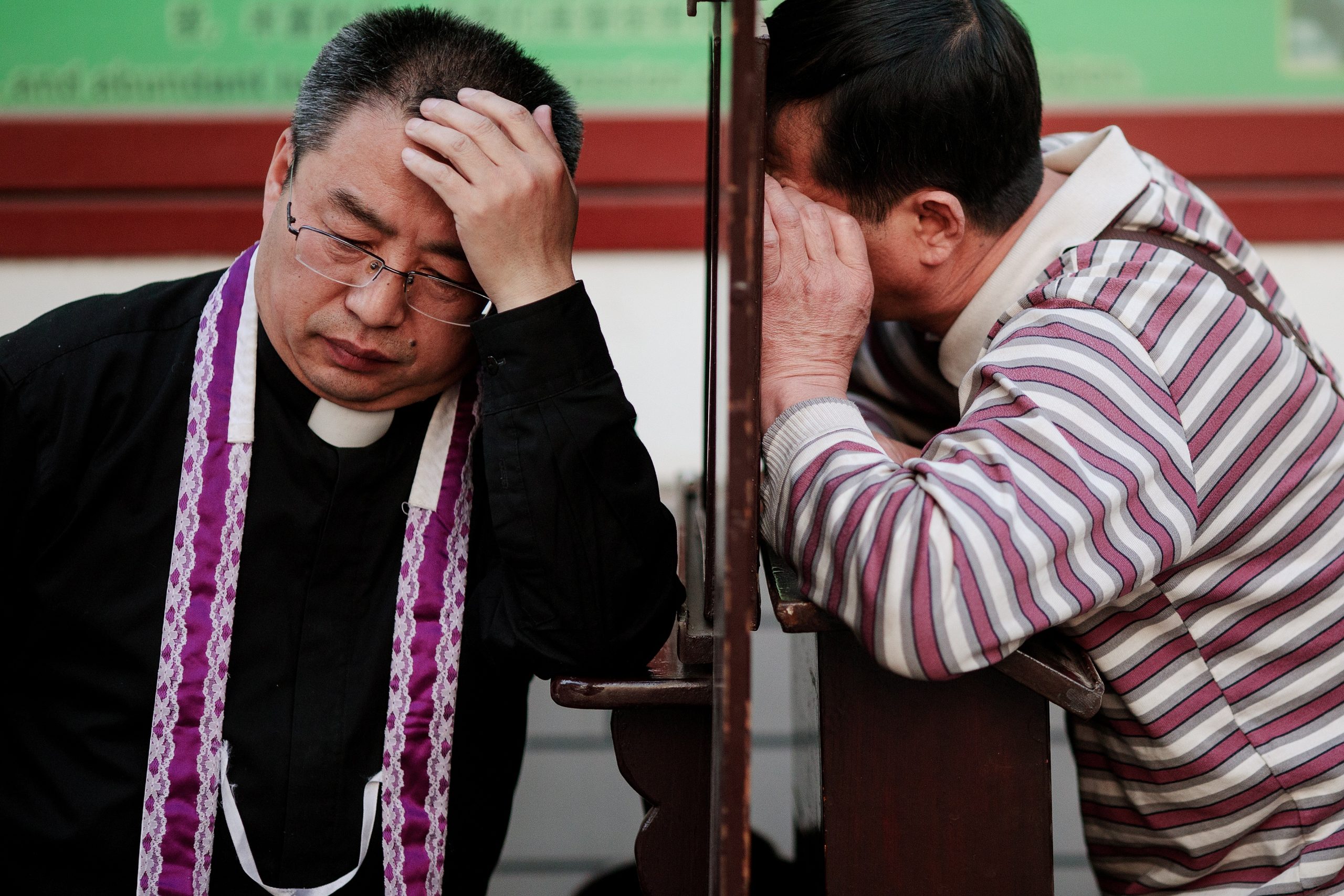