U.S. President Donald Trump has announced that his nominee for the Supreme Court is Judge Brett Kavanaugh, a federal appeals court judge in Washington and a Catholic who once clerked for retiring Justice Anthony Kennedy.

“What matters is not a judge’s personal views but whether they can set aside those views to do what the law and the Constitution require,” Trump said in his July 9 announcement at the White House, adding: “I am pleased to say I have found, without doubt, such a person.”

He said the nominee has “impeccable credentials” and is “considered a judge’s judge.”

“I am grateful to you and I am humbled by your confidence in me,” said Kavanaugh, who was standing near his wife and two daughters.

Kavanaugh spoke about his Catholic faith saying he tries to live by the motto instilled in him by his Jesuit high school: “Be men for others.”

Kavanaugh, like Justice Neil Gorsuch, attended Georgetown Prep, a Jesuit boys school in Maryland. He also pointed out that his former pastor, Msgr. John Enzler, was in the audience. He said he used to be an altar boy for him and now the two serve the homeless together.

Enzler is the president and CEO of Catholic Charities of Washington. Kavanaugh also gave a shout-out to the girls basketball team at his parish which he coaches. He said the team has nicknamed him “Coach K,” the name given to Duke Unviersity basketball’s head coach Mike Krzyzewski.

Kavanaugh said if he is chosen to be on the Supreme Court he would “keep an open mind in every case” and “always strive to preserve the Constitution of the United States and the American rule of law.”

Immediately after Justice Anthony Kennedy’s announced his retirement June 27, Trump said he would move quickly to nominate a replacement, saying he would review a list of candidates from the list he had to fill the seat now held by Gorsuch after the death of Justice Antonin Scalia.

Kennedy is one of five Catholic justices on the Supreme Court along with Chief Justice John Roberts and Justices Clarence Thomas, Samuel Alito and Sonia Sotomayor.

Kavanaugh, 53, is a Yale Law School graduate who currently serves on the U.S. Court of Appeals for the District of Columbia Circuit, where he has authored more than 280 opinions.

He was part of the Independent Counsel Kenneth Starr’s Whitewater investigation, which ultimately led to President Bill Clinton’s impeachment by the House and acquittal by the Senate.

His biography on the court website notes that he is a regular lector at his church, the Shrine of the Most Blessed Sacrament in Washington. He also volunteers for the St. Maria’s Meals program at Catholic Charities, has been involved in Catholic Youth Organization, tutors at the Washington Jesuit Academy and belongs to the John Carroll Society, a group of Catholic lawyers and professionals.

He dissented from a recent ruling by the D.C. Circuit Court of Appeals that a teenager in an immigrant detention centre was entitled to seek an abortion. He claimed the decision would give immigrant minors a right to “immediate abortion on demand,” but urged the government to transfer her to private custody so she could do “as she wished.”

Kavanaugh also dissented from a majority decision of the D.C. Circuit that rejected a request from the Archdiocese of Washington and Priests for Life to have the full court review their challenge to the Affordable Care Act‘s contraceptive mandate.

But he also wrote that the government “has a compelling interest in facilitating access to contraception for the employees of these religious organizations” and should “achieve it in other ways.”

The announcement of Judge Kavanaugh’s nomination was met with demonstrations outside the White House.

Two of the other judges reported to be top picks as nominees are also Catholic: Judges Amy Coney Barrett and Thomas Hardiman. Judge Amul Thapar, on a broader top list, is also Catholic.

The nominee must be confirmed by the Senate in order to have a seat on the Supreme Court. The Senate Judiciary Committee will hold hearings questioning the nominee and if the committee approves, a vote for or against the nominee goes to the full Senate floor and must be approved with a simple majority or 51 votes. 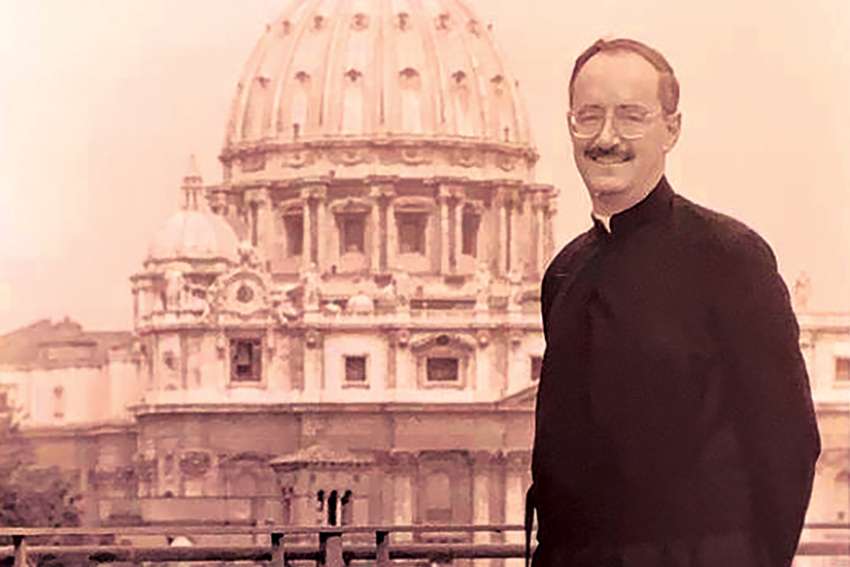