If the Church is like a field hospital, an analogy Pope Francis has used, then Father Roger Niedzielski and his brother priests – preparing for this year’s Day of Confessions – can best be described as its medics.

They’re healing the wounds that no one can see: the ones of the soul.

“I like to imagine that I’m a doctor going into surgery, treating a person who has some wound that they are bringing,” said Father Niedzielski, an associate pastor at St. Joseph Basilica. “Pope Francis, and the imagery that he uses of the field hospital, rings true when you are hearing a lot of confessions. People are coming in hurt and injured.”

On March 12, the seventh annual Day of Confessions, priests throughout the Archdiocese of Edmonton will concentrate on celebrating the Sacrament of Reconciliation. In the Greater Edmonton Area, priests will be available for a full 12 hours, from 9 a.m. to 9 p.m., at five hub parishes including the Basilica.

As he prepared for that marathon event, held each year just before Easter, Father Niedzielski reflected on the sacrament and its effects on both penitent and priest.

On March 12, the seventh annual Day of Confessions, priests throughout the Archdiocese of Edmonton will concentrate on celebrating the Sacrament of Reconciliation. In the Greater Edmonton Area, priests will be available for a full 12 hours, from 9 a.m. to 9 p.m., at five hub parishes including the Basilica.

“You aren’t going to be paying God back for your sins, because you’ll never be able to pay Him back. The penance is the continuation of that contrition, your desire to live the life of God, the life of righteousness, the life of holiness. You need that prescription. You need that antibiotic that’s going to help.”

Last year, more than 500 people came to the Basilica alone for Day of Confessions. Niedzielski himself heard 93. Describing the penitents, Niedzielski divides them into thirds – those who go to confession regularly, those who go annually, and those who haven’t been for many years.

Still others don’t come at all, highlighting what Niedzielski sees as a generation gap.

“You have the late 60s, 70, 80-year-olds who attend, and there is a good number of young adults who attend as well,” Niedzielski said. “But it is that middle generation, those who are early 30s to late 50s, that have most of that problem of seeing the worth of the sacrament.”

Each person will have their own reasons. One of them, Niedzielski identified, is that confessing your sins to a priest can seem intimidating.

“People get caught up at times that ‘I’m the worst sinner in the world. No one has sinned as much as I. No one struggles with the same sins as I do,’ where we all probably do,” Niedzielski said. “We have over seven billion people. There’s a good chance one other person is struggling with the same sin as you are.

“It does take a lot of courage to speak to another human person who is there sacramentally as Jesus Christ. But even that courage to verbalize out loud what is trying to be hidden in the heart  ̶  sometimes the greatest battle is just stepping into that confessional. Can I recognize my own faults? Can I recognize that I’m not perfect and I need someone else in my life? I need God.”

As intense as confession can be, there is a healing afterwards.

“It’s weighty sacrament but it’s a liberating sacrament. It’s a healing sacrament. Usually people feel a lot lighter after they leave,” Niedzielski added. “As much as there is that sense of fear, there is that longing too. People want to have the weight on their souls removed.”

Sometimes just the sight of the lineup can lessen that feeling of intimidation. And, Niedzielski notes, that it can be just as daunting on the other side of the confessional, whether a priest is hearing his “thousandth” time or his first.

“You are speaking the words of forgiveness, words of authority from God Himself. It should scare you. It should freak you out, but you should be able to appreciate and love that too,” he said.

“It’s intense because you have to be precise on what is before you. What is the hurt? What can you offer as that healing remedy and what kind of support can you give so the person heals better? You empathize with the person. I think anyone, even if it is a light sin, still hurts from that.”

Asked if he was scared when he heard his first confession, Niedzielski is unequivocal. “Yes.”

“Sweaty palms for sure, and fear and trepidation, but at the same it is the full appreciation of one of the most precious moments in my life and in this person’s life that I get to share, that openness to the mercy of God,” said Niedzielski, who was ordained on June 27, 2017.

Other reasons for avoiding confession include a penitent’s fear of being judged by a priest or doubts about confidentiality, the seal of confession, since legal challenges to it have been raised in California and Australia. However, it is absolutely forbidden under canon law for a priest to betray in any way a penitent in words or in any manner and for any reason.

“The seal is the seal. That is an absolute. I would, at this point, rather die that divulge the seal,” Niedzielski explained.

“I do feel that people feel that they are judged. But they have it all wrong,” he added.

“I think it has to be that your personhood is not judged, but the sins are. It’s usually this great sense of unworthiness, this great sense of guilt, but you are there to offer this wonderful sacrament and the words of mercy, the words of absolution. It’s intense because you are brought, usually, the most vulnerable, moment in a person’s life – when they want to return to God.”

If it’s been a long time since a penitent’s last confession, Niedzielski asks him or her about the “God moment that moved their heart” to come this time, and he shares the prospect of an equally intense feeling afterwards.

“If it has been three years, five years, 10 years  ̶  or even sometimes a day  ̶  today is a day of holiness. Today is a feast day because you have returned to the Lord. You should have a party after you confess because you are born anew. Risk on the mercy of God.”

To find Day of Confessions at a church near you, visit https://caedm.ca/day-of-confessions 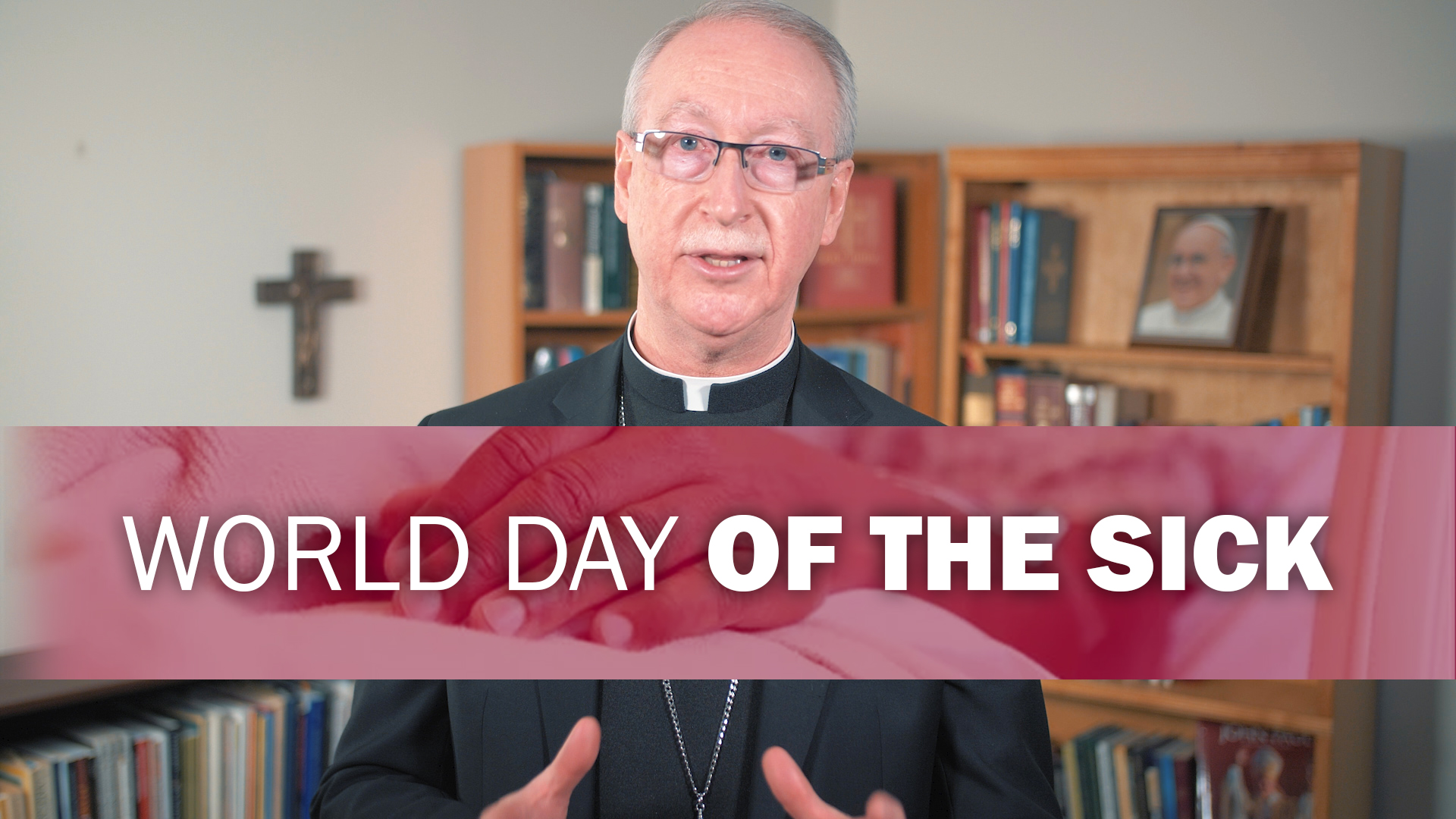 Archbishop Smith on World Day of the Sick

One thought on “On Day of Confessions, priests serve as the medics in the field hospital that is the Church”