Skip to content
Nearly 400 people gathered for the Our Lady of Guadalupe feast day Mass at St. Joseph's Basilica, commemorating the National Day of Prayer in Solidarity with Indigenous Peoples in Canada.Lincoln Ho, Grandin Media

They came from different nations — Cree, Dene and Sioux — but they all had one goal: to honour Our Lady of Guadalupe, patroness of Indigenous peoples of North and South America.

The tribal drums pounded and resonated throughout St. Joseph’s Basilica as chiefs in bright feathered headdresses and priests in vestments bearing the image of Our Lady walked towards the altar.

All were there to celebrate the feast of Our Lady of Guadalupe – honouring the day the Virgin Mary appeared before St. Juan Diego in 1531. The apparition led millions of Indigenous people in Mexico to adopt the Catholic faith.

For Indigenous Catholics, Our Lady of Guadalupe is the mother that unites them all.

“This feast day signifies unity for us First Nations people, and it’s all because of our Blessed Mother. She’s the one that brings us together,” said Dwayne Arcand, from the Cree community of Enoch. “We celebrate her throughout the year, but this Our Lady of Guadalupe feast day is when all Indigenous peoples are one in our devotion.”

Since 2002, the Catholic Church in Canada has marked her feast day as the National Day of Prayer in Solidarity with Indigenous Peoples. To commemorate the day, a statement by the Canadian Catholic Indigenous Council called for the protection and revitalization of Indigenous languages.

“Our Lady of Guadalupe is the star of the new evangelization and the model for discipleship,” said Archbishop Richard Smith, who celebrated the Mass with priests from Lac Ste. Anne Parish, Enoch’s Our Lady of Mercy Parish, and Edmonton’s Sacred Heart Church of the First Peoples.  “To honour her, we also turn to her as a mother who loves us beyond all imagining.”

More than 400 people from throughout the Edmonton Archdiocese gathered for this year’s celebration. Along with a rosary prayed in Indigenous languages, a sacred smudging was offered beforehand. Music was provided by Alexis Nakota Sioux Nation drummers and musicians from Sacred Heart Church and Our Lady of Seven Sorrows Parish in Maskwacis.

The cultural practices of Canada’s First Nations were present throughout. But it was when Sacred Heart pastor Rev. Susai Jesu delivered the Gospel reading in Cree that Jules Caisse was hit at a visceral level.

“It just touched my heart in such an intimate way,” said Caisse, who lives in the First Nations community of Maskwacis, south of Edmonton. “Hearing the Gospel in our native tongue, it just reflects why this is such an important celebration for us Native people.

“A lot of our people may not know about Our Lady of Guadalupe, but they should. She appeared not just for Mexico, but for all First Nations people. She came for us.”

In Canada, there has been a long and difficult history between the Catholic Church and the First Nations people, many of whom still suffer from the legacy of the residential school system.

But the inclusion of Indigenous culture in the annual Our Lady of Guadalupe Mass shows that the Church has made vital steps in reconciliation, said Arcand.

“I believe the First Nations people are starting to come back to our Catholic faith now,” he said. “Slowly the effects of the residential schools are being overcome. To have masses and priests that are both cultural and Catholic — it’s extremely helpful and symbolic. Because that’s the way many of us pray; we believe in the practice of both our cultural and Catholic traditions.”

Reconciliation can only grow as long as this openness between the Church and Indigenous peoples continues, said Chief Arthur Rain of the Paul First Nation, which covers reserves along Lake Wabamun, 70 kilometres west of Edmonton.

“If that willingness is there, we can all be one,” said Rain. “There’s a lot of pain and horrific history among the Indigenous people. But if there is that willingness to come together, talk to one another, to forgive and be forgiven, then there’s no issue that can stop us from being one Church and one family.”

Rain was raised in a devout Catholic family near Duffield, 65 kilometres west of Edmonton. Our Lady of Guadalupe holds a special place in his heart, for it was devotion to the Virgin Mary that kept his family so rooted in the faith.

“Since I was a boy, my mom always referred to the mother of Jesus as the ultimate mother, the ultimate caretaker,” he said. “She would tell us Mary was the best mother for nurturing and tending to babies, and we often asked for her intercession when children were feeling ill or unwell.

“When my family prays today, we always acknowledge Mary as our spiritual mother. Mothers complete the cycle of life.”

In his homily, Archbishop Smith spoke on the importance of being grounded in faith in today’s troubling world, and how Mary can hold the key to that grounding.

“All around us we see lives that are sinking because they are grounded on what is not reliable,” he said.

“We need think only of the widespread anxiety, the desperation that is leading to suicides  ̶  many of which are occurring among the youth of our Indigenous communities.

“We need to develop the habit of attentive listening to the Word of God… That’s the only ground upon which to build a life of hope. This Mass invites us to ask God to grant us Mary’s faith, to help us believe, as she did, that there will be a fulfillment in our lives of what is spoken by God.” 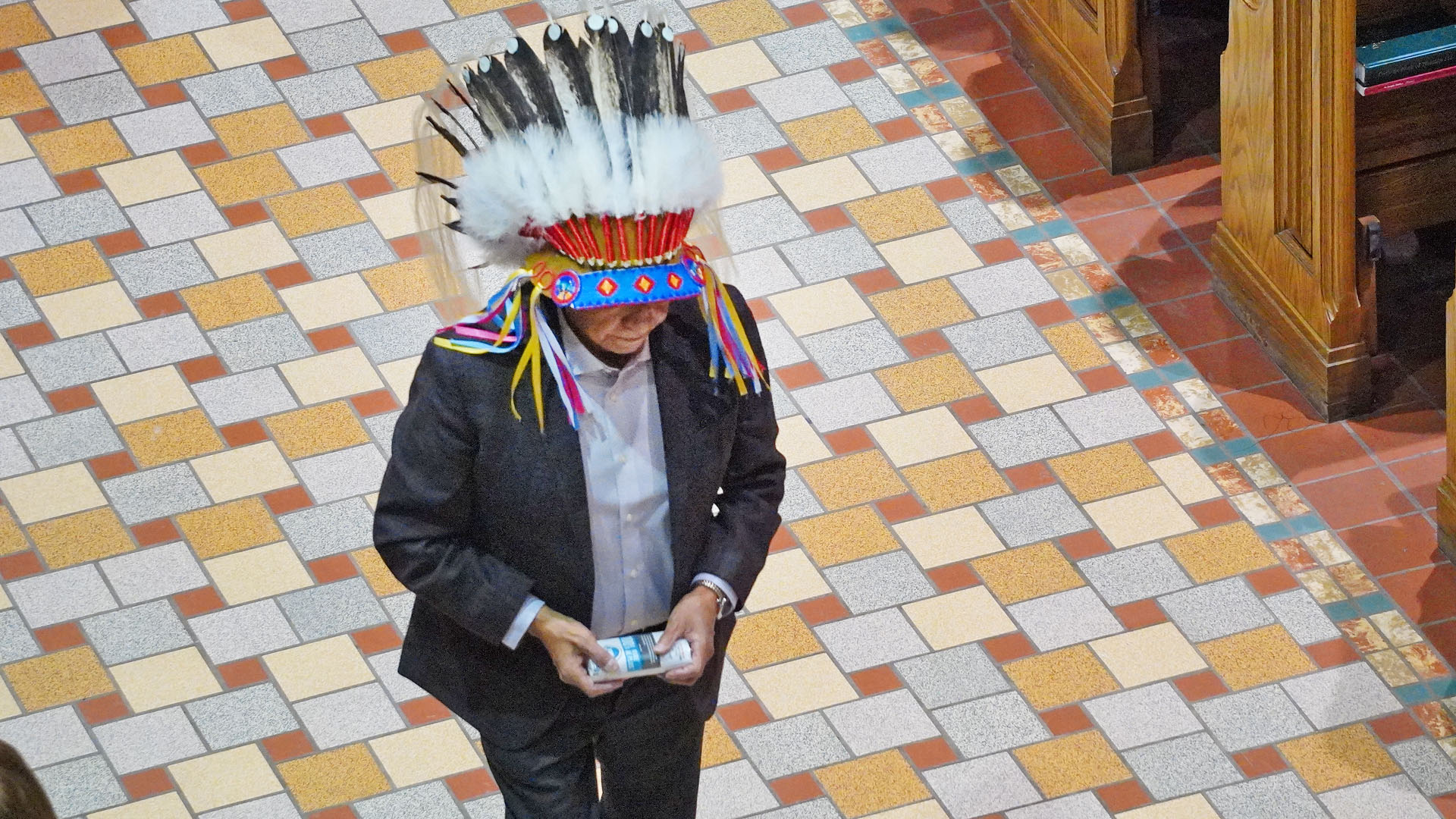