The Polish parish of Our Lady Queen of Poland on the south side of Edmonton is now 20 years old. This occasion was celebrated with a special Mass, celebrated by Archbishop Richard Smith, and a banquet on Oct. 23, 2010.

Holy Rosary Parish in the north of Edmonton had met the needs of the faithful, but after the great immigration wave of the 1980s, there was a need to create a second Polish parish on the south side.

Poles, who in the 1980s came from Poland and settled in south Edmonton, were mostly young, educated and put great emphasis on their faith.

The south side parish began to take shape in 1987 with the involvement of Father Teofil Szendzielarz. Szendzielarz understood the spiritual needs of new immigrants and the need for a new parish.

LOOKING FOR A HOME

Pastor Wladyslaw Karciarz was helpful in the final stage of the parish establishment. The first Mass took place in the spring of 1987 in the J.H. Picard School gym. Masses were held there irregularly in modest, non-standard conditions, so they stopped in the autumn of the same year.

Regular Masses resumed in the hospitable St. Michael’s Church on 101st Avenue. It was a temporary solution, as the location of the church was not favourable and soon the quarters were too small.

A decision was made to look for a building that would meet the requirements of the new parish. In early 1989 the Southside Pentecostal Assembly at 99th Street and 83rd Avenue was put up for sale and the Polish parish decided to buy the building. The church required thorough renovation of the interior, especially the sanctuary area.

The first Mass in the church was celebrated Nov. 5, 1989. A makeshift altar was set up on the podium. On the back wall behind the altar hung a painting of Our Lady of Czestochowa.

Adapting the interior of the building to the needs of the Catholic Church required a lot of effort and funding. The commitment and generosity of the parishioners was admirable. After several months, a new sanctuary emerged – brightly lit, symbolizing the path of salvation through the cross.

On Oct. 21, 1990, MacNeil consecrated the church. At the ceremony many parishioners did not hide their tears of joy.

In 1991, Fidyka was appointed the first pastor of the parish dedicated to Our Lady Queen of Poland. Later, retired priest Oblate Father Jan Sajewicz assisted with parish work. Sajewicz worked in the parish until his death in 1994.

The parish soon flourished. New organizations formed, such as the Living Rosary Society, Families of Nazareth Movement and later the Friends of the Mission, and youth catechesis started.

Many parishioners have joined to work with youth. Romuald Bobkowski, a talented musician, taught young parishioners from the newly formed the Hallelujah choir to play guitar and sing. Stefania Sliwinska conducted the children’s choir, Hosanna.

The Salve Regina parish choir in the care of Barbara Pruski was also formed. Mr. and Mrs. Surmacz also enriched the liturgies with their guitar accompaniment and singing.

Youth enriched the spiritual life of the parish. Many young parishioners took part in the festivals of song and sacred music. One was a team Magnificat, which represented the parish at the Sacrosong festival in Toronto. Recordings of Magnificat’s sacred songs hit the radio waves of Father Justin Rosary Hour broadcast from Buffalo, N.Y.

On Oct. 24, 1993, the church held a great festival of religious song, titled To You Mary We Sing. Under this heading, 12 choirs from different parishes in Edmonton honoured the Virgin Mary, queen of the holy rosary.

Father Fidyka inspired and encouraged young people to participate in parish life. Through his personality and organizational skills he won over many people, including many new immigrants.

The church became a place where people could meet, get to know each other and make lasting friendships. Older immigrants helped new immigrants find jobs and adapt to new living conditions. Many distinguished guests, not just clergy, visited the parish.

Many people became actively involved, offering their skills and talents. One was Bruno Stasiak, who created a sculpture of Christ on the cross, and, on behalf of his family, gave it to the parish, as a wonderful Christmas gift in 1990.

An artistic Way of the Cross, located on the side walls of the church, was created by Robert Bober.

Mariann Sheptycki, friendly and helpful, led the parish office. For Mariann, specific work hours were irrelevant; she was always there when needed. The first organist was Jurek Cieslik, who serves the parish faithfully to this day.

The Living Rosary Society, chaired first by Jadwiga ukomska and now by Mila Batowska, began to play an important role in charitable activities of the parish providing assistance to people in need. The society was instrumental in furnishing and modernizing the church kitchen and the parish hall took care of the liturgical needs of the parish.

The activities of the Friends of Mission, in the protective care of the late Irena Kostecka and now Elizabieta Banach, glorifies the name of this parish, by providing ongoing support to missions, not only financially, but also in prayer.

In October 1996, the church bell, made on special order in Poland, was blessed and dedicated.

The Sisters of the Name of Jesus joined the work in the parish. New organizations also formed: Little Knights of the Merciful Heart of Jesus, the Living Rosary Padre Pio, the Knights of Columbus, Parish Club.

In September 1997 Fidyka was moved to the mission in Bashaw and Father Slawomir Trzasko came to serve the parish.

At that time, the biggest project in the parish was the construction of the priests’ residence. He looked after the demolition of an old house and building of the new residence.

An experienced missionary in Paraguay, Trzasko supported the activities of Friends of Mission and was wholeheartedly engaged in the parish.

In December 1998, the parish experienced a joyful moment when all its debts were paid.

The parish welcomed the new millennium with Mass and all-night adoration.

In the spring of 2002, Trzasko left for Toronto and Father Janusz Jajeniak took over as pastor.

Jajeniak introduced Polish ecclesiastical traditions. He led the first Corpus Christi procession through the streets near the church and engaged the youth.

Jajeniak initiated a mission to celebrate the 15th anniversary of the parish. The event was led by a Polish missionary and culminated with the Mass celebrated by Archbishop Thomas Collins. The mission was a big event and a profound religious experience for the parish.

In mid-2008, Father Jajeniak was transferred to a parish in Ottawa and Oblate Father Slawomir Oblak took over.

The new pastor, with passion and enthusiasm, continues the work with young people and took over the spiritual care of the children’s choir and a youth team who are the joy and pride of the parish.

Thanks to youth work of Agata Guzik and Cezary Zmyslowski, the church held many beautiful charitable concerts, helped and technically supported by Piotr Guzik providing perfect sound, lighting and other effects.

There is the tradition of Christmas concerts. Concerts under the slogan: Let’s Sing a Carol to Jesus Today enjoyed a great success.

The church also hosted concerts on the Polish national holidays.

In March 2009, Our Lady Queen of Poland held a charity concert with the participation of young people from the Polish Saturday Maria Chrzanowska School and our Polish guest artists. The evening of music and poetry was an incredible experience.

Our Lady Queen of Poland Parish is the singing parish because people are concerned about singing and want to praise God with all their heart.

Young people continue to enrich the spiritual life. The future of this parish belongs to young parishioners who during these 20 years have received the sacraments in the parish as well as to parishioners and new arrivals to our city. Our Lady Queen of Poland Parish’s 20 years represent a success story, not only for its founders and parishioners, but also for the entire Polish community. 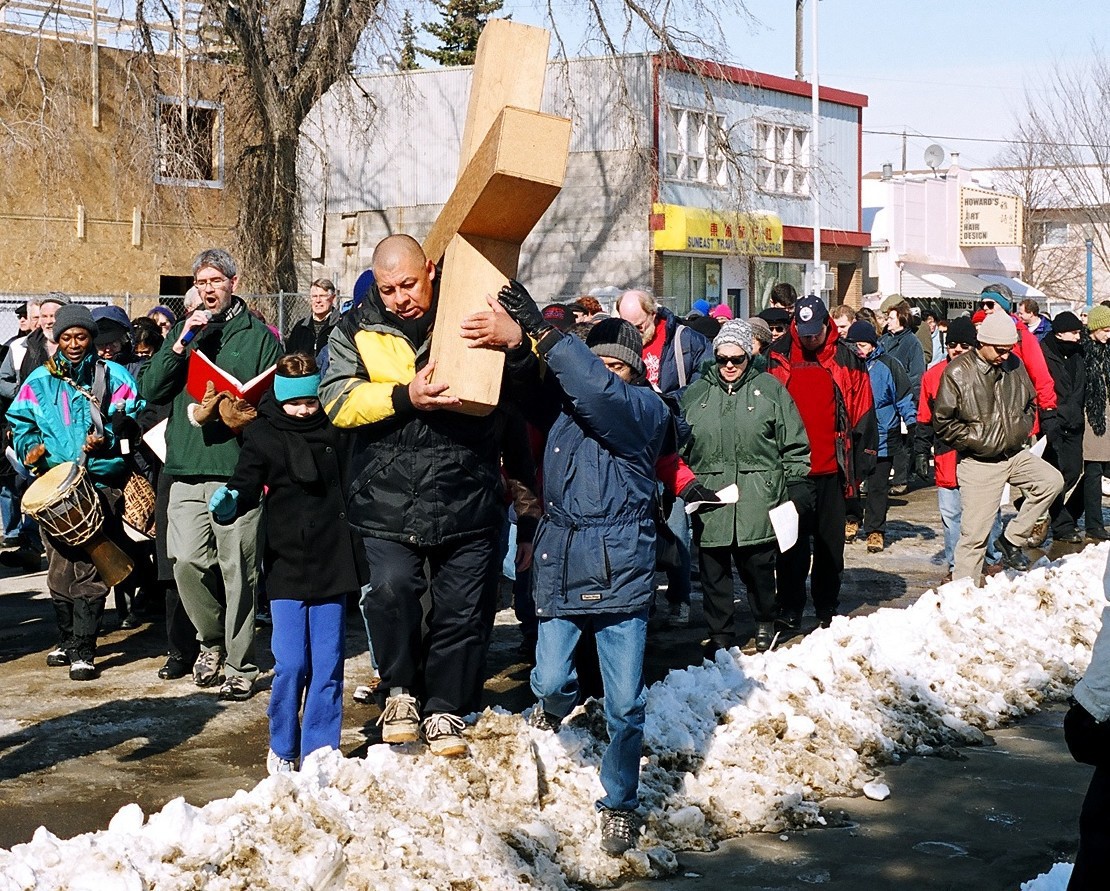