Skip to content
Catholic teens Lily Zittlau and Amelie Schoenberger, both 14, say that teens feel a lot of societal and peer pressure, but that it's nice to know parents and friends are looking out for them. They are members of a youth group at Holy Family Parish in St. Albert. Chris Berthelot, Grandin Media

For most teens, talking about sexuality can get uncomfortable.

And while that’s true for Catholic teens Amelie Schoenberger and Lily Zittlau, they’re also convinced that chastity is necessary for healthy relationships even in the face of teenage expectations, social media pressures and easy access to the Internet and pornography.

Jason Evert, an acclaimed author, speaker and co-founder of The Chastity Project, says that chastity isn’t the same thing as abstinence — not having sex.

Instead, chastity is using your sexuality according to God’s plan for your life, whether you’re single or married, even in the face of tremendous pressures.

“It’s not about fixing our kids, it’s about healing our own relationships and our own ideas of sexuality that might be in need of redemption,” said Evert, the featured speaker at the upcoming Catholic Family Life Conference at Lac St. Anne June 29-July 2.

Evert has been leading seminars across Alberta to teach parents and children about the value of chastity and how modern culture has sexuality all wrong.

“Becoming computer literate and learning how to protect their families from the dangers of the internet is one of the biggest challenges for parents,” said Evert. “Being a parent in 2018 is nothing like it was a couple decades ago.”

Parents also need to talk to their teens openly and honestly about sexuality, even if it’s uncomfortable for them – or their kids.

“Sometimes it gets kind of awkward, because they’re your parents,” said Zittlau, 14. “But it’s nice to know they’re looking out for you.”

Zittlau adds it helps to have a close circle of friends with similar beliefs. She and Amelie Schoenberger  are members of a youth group at Holy Family Parish in St. Albert.

“Of course we feel the pressure,” said Zittlau. “But I don’t think it’s to the extreme that other girls have it, because we have our friend group.”

Evert said the most important step parents can take is to become examples of chastity in their own lives.

“If I want my kids to practise virtue, I better be willing to practise it myself. If I want to tell kids not to look at pornography, well I got to live up with that myself as well,” he said.

“You become a much more powerful witness to a message if you’re living it yourself.” 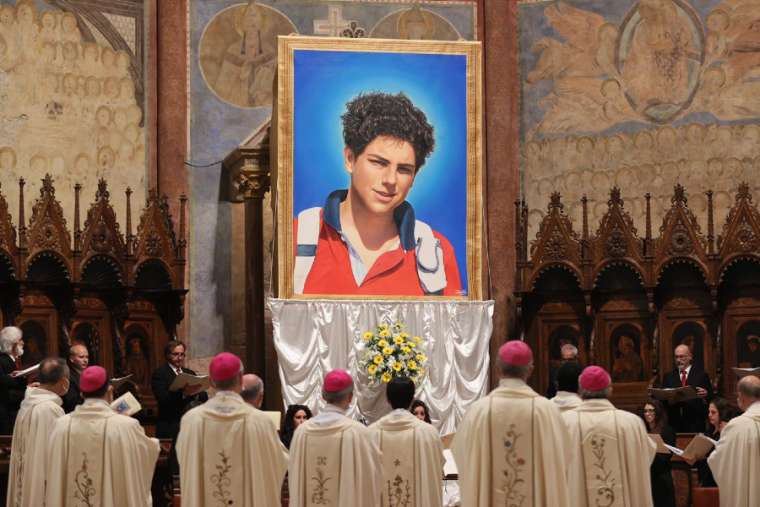