Skip to content
A pillar of St. Mark's Catholic Community of the Deaf, Real Bouchard died on Oct. 21 at the age of 92.

Standing at the entrance to St. Angela’s church with a smile on his face, Real Bouchard was one of the first people who welcomed John Shores and his family to the deaf Catholic community in Edmonton many years ago.

Bouchard is seen as a young man.

“The way I looked at him through teenager’s eyes, I saw him as a person feeling a sense of wholeness,” recalled Shores. “A man knowing his obligation, duty and responsibility.”

A healthy flock of at least 50 deaf and hard-of-hearing Catholics would meet at the church in the 1970s, having their spiritual needs met by the Archdiocese of Edmonton’s ministry to the deaf, known today as St. Mark’s Catholic Community for the Deaf.

Over the decades, Bouchard – deaf due to an illness at a young age – became a “pillar” of St. Mark’s Catholic Community for the Deaf, said Shores, its board chairman. And St. Mark’s is mourning the loss of Bouchard who died on Oct. 21 at the age of 92.

Today, St. Mark’s includes about 70 Deaf and Hard of Hearing Catholics, including about 35 who attend regularly in Edmonton. The St. Mark’s Catholic Community of the Deaf meets Sundays in the Providence Centre Chapel at 9 a.m., where a service is conducted in English and American Sign Language.

“In a way you can say that he is the founder of our community,” said Father Matthew Hysell, whose ordination made national history in 2012 as the first deaf priest in Canada.

Bouchard was one of the co-founders of the Edmonton Association of the Deaf in 1951.

Beyond that, he pioneered the efforts to establish a Catholic ministry for the deaf and hard of hearing.

When Bouchard was asked to help with Mass for deaf children in 1961, he was “more than happy to assist in any way,” said his eldest daughter, Corinne Kuly.

Bouchard, who knew the Latin Mass well from growing up in a devout Catholic home would interpret the Mass in sign language to the deaf children assembled in the choir loft.

“He was very proud to be a Catholic and supported the Church in every way that he could,” said Kuly.

“Real wanted to follow Jesus, working to make the Catholic faith accessible to his fellow deaf believers in the community,” said Dr. Joseph McLaughlin, president of the International Catholic Deaf Association – Canadian Section which fosters Catholic communities of the deaf and helps to develop programs for them within the Church.

Bouchard was willing to serve in any role in the Church, from greeter to teacher, treasurer or board member. He exemplified “the best of lay leadership,” said Hysell. “A man who was in love with Christ and His Church, wanting to follow Jesus on (Jesus’s) terms.”

John Shores added: “For that, he had earned our respect.”

Shores said Bouchard taught the St. Mark’s board to maintain a sense of frugality, accountability and transparency in the best interests of the Deaf community.

Born July 4, 1926 in the central Alberta town of Legal, Real Joseph Bouchard was one of four siblings.

Bouchard became deaf at age four or five. At age 7, Bouchard began attending the School for the Deaf in Montreal, taking long train trips across the country and not seeing his family for 10 months of the year. He made many deaf and hard-of-hearing friends.

After completing high school, Bouchard moved to Edmonton where he struggled to learn English as his second language.

He did odd jobs in shoe repair and construction, before getting certified by Alberta Agriculture as a dairy plant worker. He worked for Lucerne Foods, in the grocery chain’s ice cream department for 23 years.

He was a loyal and devoted husband to his wife of 62 years, Mary Bouchard, who died in 2012. “Dad worked daily at being a good family man and a good Christian,” said Kuly.

Also active in the city’s Deaf Catholic community, Mary Bouchard was the first chairperson of the Deaf Parish Council at St. Angela’s Parish.

Bouchard loved to travel with his wife, loved coffee, and he also loved music. “From the time I could remember, he would try to sing a few Latin lines from church, especially after Sunday Mass,” said Kuly.

“He was always joking and laughing, and loved to tease people.”

Bouchard set up the first bowling league for the deaf in Edmonton in the 1950s. And members of the Edmonton Association of the Deaf named a recreational billiards room at their building the “Bouchard Room” after him.

Bouchard also garnered many awards, certificates of appreciation, and letters from mayors, premiers and even former Prime Minister Jean Chrétien for his decades of dedication and valuable service to the betterment of Edmonton’s deaf community.

A father of two hearing daughters, Bouchard taught Shores that being deaf is not a barrier to living a full life – including a rich life as a Catholic.

Bouchard was joyous and devout Catholic who attended Mass at the Shepherd’s Care Centre retirement home where he was living in his later years, said Father Patrick Baska, the officiant at Bouchard’s funeral Mass at St. Teresa’s Church in southeast Edmonton.

Bouchard would hold his two palms together upright to sign “Amen” before he would receive Holy Communion.

“He had a good, holy devotion to the Eucharist and the Mass,” said Baska. 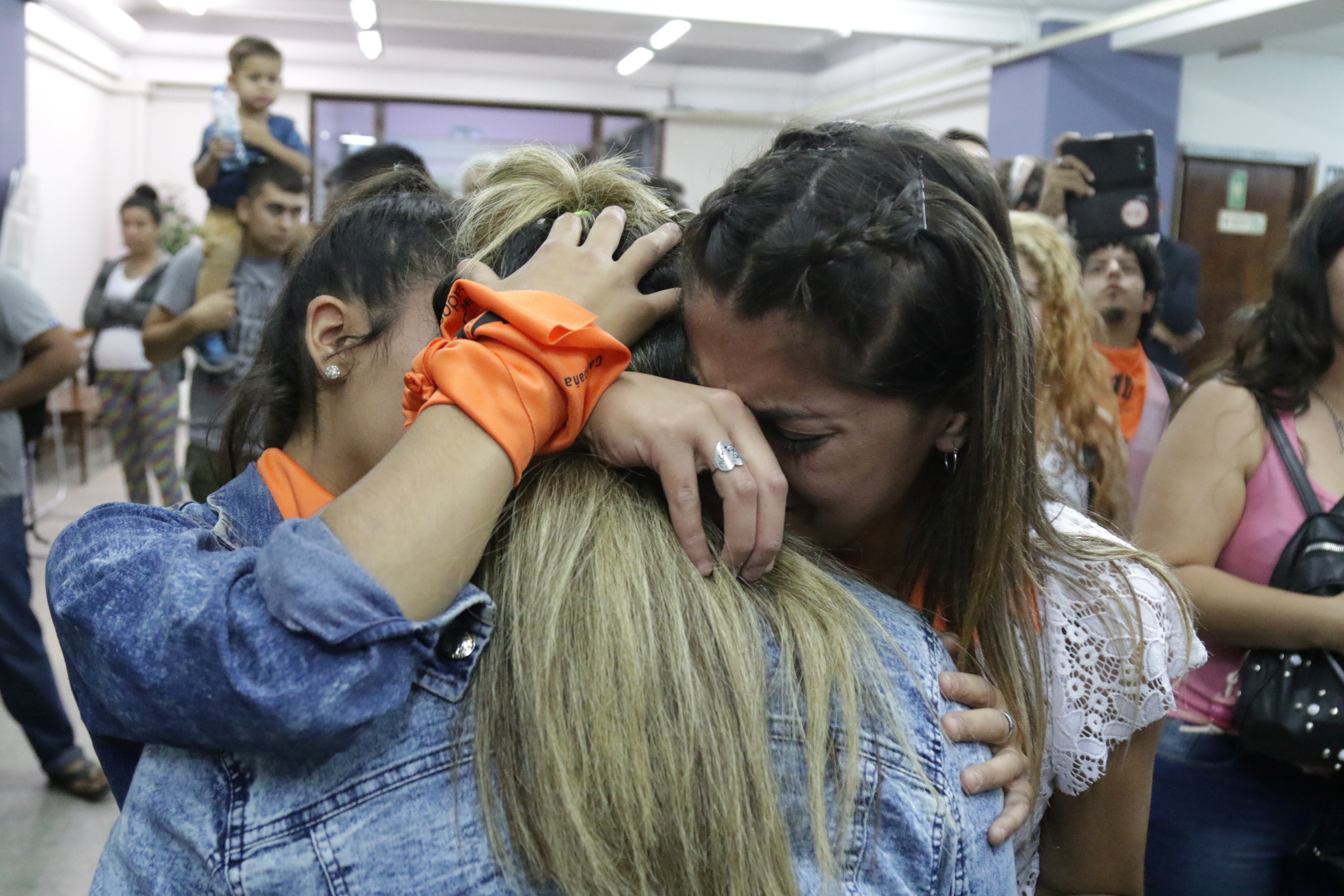 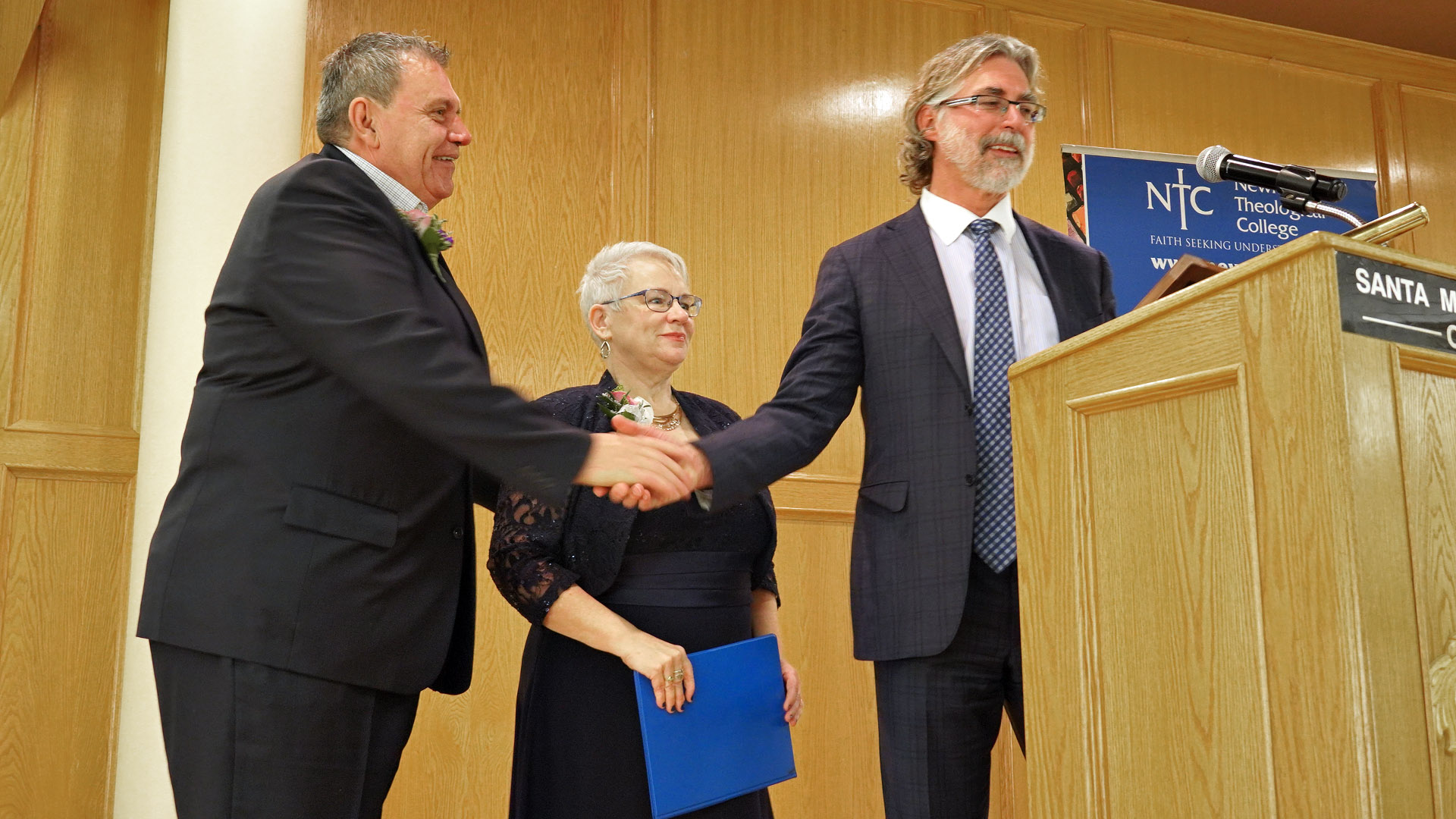