Skip to content
In September of last year, Abby Johnson spoke at an Edmonton event in support of the Alberta Life Issues Society. Now, her story from being a director of a Planned Parenthood abortion clinic in Bryan, Texas to a passionate advocate of the pro-life movement has been adapted as a feature film.Andrew Ehrkamp, Grandin Media

Johnson, 38, is a former pro-choice Planned Parenthood facility director turned national pro-life advocate. She made the comments March 14 during a webinar about the film “Unplanned,” which is based on her 2011 book of the same name.

Joining her on the webinar were Archbishop Joseph F. Naumann of Kansas City, Kansas, who is chairman of the U.S. Conference of Catholic Bishops’ Committee on Pro-Life Activities, and Vicki Thorn, executive director of the National Office of Post-Abortion Reconciliation and Healing and founder of the Project Rachel post-abortion ministry.

The movie officially opens in US theaters the weekend of March 29. But through theater buyouts by groups, the film can be viewed in some places as early as March 25, appropriately, the feast of the Annunciation.

Grandin Media is looking into any future screenings in Alberta and will update this story if a screening is scheduled.

As suggested in the film’s tagline, “What she saw changed everything.” Johnson said the movie “will expose (viewers) to the truth of what happens inside the abortion industry.”

Abby Johnson, left, is seen on the set of the movie "Unplanned" with actress Ashley Bratcher, who plays her. The movie details the story of Johnson, a former Planned Parenthood administrator who quit that job to join the pro-life movement after her up-close interaction with abortion.CNS photo/courtesy Unplanned

But mostly, she noted, the film is about the “amazing, ready mercy of Jesus Christ that is available to everyone — whether you’ve been touched by abortion or not — that Christ is so ready to redeem us.”

This story, said Archbishop Naumann, “has the power to open hearts, change minds and inspire people.”

He compared Johnson’s story of conversion to that of Saul to St. Paul, but “for the pro-life movement.”

“I think stories are the way people are moved today, not so much by reason,” Archbishop Naumann said. “And film in particular has the ability to inspire people.”

In September of last year, Johnson spoke at an Edmonton event in support of the Alberta Life Issues Society.

Johnson admitted that the release of the film has made her feel “vulnerable.”

After watching the film for the first time with her husband, Doug, in their Colorado home, she felt a bit of panic.

“I looked at Doug and said, ‘Is it too late? Can I back out?’ I felt so exposed, especially the scene with my RU-486 (chemical) abortion,” Johnson said.

“I had to remind myself that I didn’t sign on to do this film to make ‘Abby Johnson’ a household name. I signed on to truly amplify God and make him a household name and show his redeeming power. None of this is about me. This is his story,” she said emphatically.

Johnson’s story of God’s redemption in her life began to unfold in September 2009. Johnson, then one of Planned Parenthood’s youngest facility directors, was called in to assist with an abortion.

What she saw on the ultrasound convinced her that what she’d been told about abortion — and what she’d repeated to women for nearly 22,000 abortions under her watch at Planned Parenthood — was grossly wrong.

While her story had already been told in her book, Johnson agreed to spread that story further when she was approached five years ago about making it into a movie.

But she didn’t say yes to just anyone to share her story on film; she turned to Chuck Konzelman and Cary Solomon, both devout Catholics with years of experience in the film industry.

Konzelman and Solomon co-produced, co-wrote and co-directed “Unplanned,” which is being distributed by Pure Flix.

“Unplanned” provides an opportunity not just to observe compassion, but to experience it as well. At the end of the film, Johnson said, a number will appear on the screen.

“So if a woman is in a crisis pregnancy, needs help after an abortion, if a man needs post-abortion help, if someone works or worked in the (abortion) industry — there will be help for them right after the film … staffed 24/7,” she explained.

It is just such compassion and help that post-abortion women and men need, said Thorn, who noted that women can “keep (their abortion) a secret for a long time.”

In a scene from the movie Unplanned, Abby Johnson - portrayed by Ashley Bratcher - reacts to what she is seeing on the ultrasound screen.Catholic News Service

“Abortion is an isolating issue. Women are alone in the decision and the aftermath,” she said. For them, “this film can be a tool of healing.”

“I think women who have had an abortion will have some vindication” after watching “Unplanned,” she said. “Their voices are silenced. They’re told that (having an abortion) is no big deal. … That’s what happened to me. … This film shows it’s not normal, it’s not an easy process to go through. … It will help them find their voice.”

Archbishop Naumann also pointed out the film’s depiction of the positive role that pro-life sidewalk counselors played in Johnson walking away from the abortion industry.

“It shows how pro-life advocates that pray and respectfully interact with those involved with abortion or that are thinking about having an abortion, that they can really have an impact.”

Johnson expressed hope that the film, too, will inspire those involved with abortion to leave that industry. She started the nonprofit organization And Then There Were None in 2012 to help them do just that.

So far the ministry has “helped almost 500 people leave their job, find Christ and get into our program with therapy that can help them,” she said.

The film has provided Johnson a second way to reach abortion workers. She purchased and is mailing tickets for “Unplanned” to abortion facilities near theaters showing the film. She’ll include a letter inviting feedback on the movie.

The goal is to “open up a dialogue with those who are pro-choice,” she explained. “We have to always be open to plant those seeds that the Holy Spirit can nurture in their life.”

“On the other hand, some have said its only going to be Christians who see the film. I say fantastic. If half of the people sitting in our churches were taking more action,” she said, then abortion might not exist today

Archbishop Naumann encouraged priests to talk to their congregations about the film.

“Talk about it from the whole idea of a conversion story,” he said. “Tell them this is a film you can invite people to go with you (to see), and it can help open up conversations. It isn’t a judgmental film, but a film that speaks the truth about this issue.”

Archbishop Naumann admitted that priests “sometimes get shy on this issue because we think its political. This (film) isn’t a political event. It’s a chance to invite someone to a see conversion story, and that makes a big difference.”

He also encouraged priests to be upfront about one thing: the film’s rating.

Because of a scene depicting the truth of what an abortion looks like, Johnson explained, the film received an R rating from the Motion Picture Association of America.

“Don’t let the R rating scare you. “Nothing is over dramatic” in the film, she assured. “Abortion is bad enough — we didn’t have to embellish anything.”

First, “I never thought I’d promote an R-rated film,” he admitted. “But the great irony is that a15-year-old girl can’t go to this movie, but she could have an abortion and her parents will never know it.”

Johnson commented that if a young person has watched a PG-13 movie or cable television, “they have seen far worse than they will see in ‘Unplanned.'”

While she acknowledged that parents need to consider the readiness of a junior high student to see the film, she said for high school students the movie is “a must see because that’s who the abortion industry is targeting.”

“I’ve heard parents say they don’t want to expose their kids to abortion. We performed abortion on girls as young as 10 and 11,” she continued. “You’re not doing your children any favors by sheltering them from abortion and not having these conversations.

“If you’re not talking with them about this, somebody else will, and 99 percent of the time the message (the children) get is not what you want them to hear.”

Johnson credited God with the timing for the film’s release. They were ready five years ago, she said, “but the Lord said, ‘Wait.'”

She said none of those involved with the film could have foreseen how much abortion would be in the news right now, on both the state and national level, as lawmakers debate expanding abortion laws, or in some states, restricting it.

“I think this (film) will really change the dialogue about abortion in this country,” Johnson concluded. “For far too long people haven’t really known how to talk about abortion. People are scared of the topic. They don’t know what to say, so they don’t say anything.

“I think this film will equip people with truth.”

Editor’s Note: More information about “Unplanned” can be found at www.unplannedfilm.com. 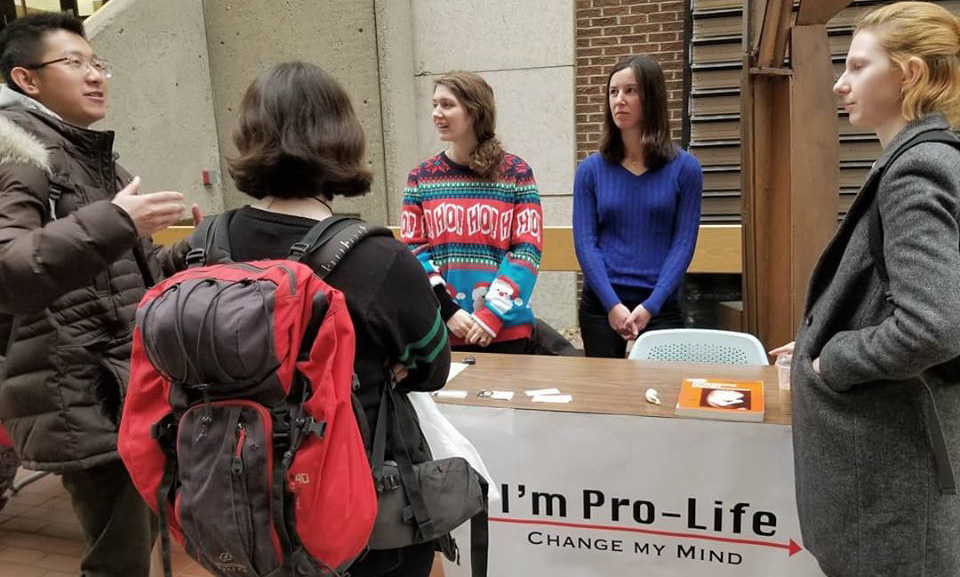 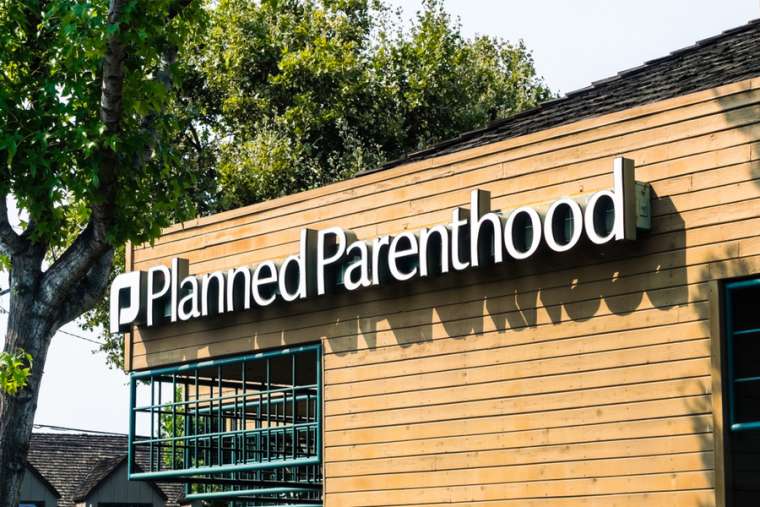 Constantly connected but not belonging, youth can find answers in faith