Skip to content
Ash Wednesday Mass is celebrated at St. Joseph's College in this 2019 file photo. Pope Francis says Lent is a time to remove all distractions and bitterness from one's life in order to better hear God and those who suffer silently and need help.Lincoln Ho, Grandin Media

Lent is a time to remove all distractions and bitterness from one’s life in order to better hear God and those who suffer silently and need help, Pope Francis said.

“It is the right time to turn off the television and open the Bible. It is the time to disconnect from cellphones and connect ourselves to the Gospel,” the pope said at his weekly general audience Feb. 26, Ash Wednesday and the beginning of Lent for Latin-rite Catholics.

“It’s a time to give up useless words, idle chatter, rumors, gossip” and speak intimately with the Lord, he said.
It was the first general audience of the year held outside in St. Peter’s Square given the mild temperatures.

However, given increased concern in Italy about the spread of the coronavirus, the pope reduced his contact with people in the square, shaking hands with only a few people before beginning his talk. In the popemobile, the pope circled the square, waving and blessing people from afar, and the driver and the pope’s security detail did not stop to pick up any children as is customary.

In fact, at the end of his audience, the pope assured all those affected by the virus of his closeness and prayers. He said his prayers were also with the health care professionals and public officials who were working hard to help patients and stop the spread of the disease.

In his main audience talk, the pope explained “the spiritual significance” of the desert, where Jesus spent 40 days praying and fasting to prepare for his public ministry.

Jesus often headed off to “deserted” places to pray, “teaching us how to seek the Father who speaks to us in silence,” the pope said.

“The desert is a place to get away from the racket that surrounds us. It is the absence of words in order to make room for another word, the Word of God, who like a light breeze, caresses the heart,” he said.

Just as Jesus spent time in the desert, he said Catholics must spend Lent creating similarly sparse surroundings and a “healthy environment of the heart.”
|
These places need a thorough “cleaning,” he said, because “we live in an environment polluted by too much verbal violence, by so many offensive and harmful words, which the internet amplifies.”

People today lob insults with the same frequency and nonchalance as if they were saying “hello,” he said.

“We are buried under empty words, advertisements, devious messages,” the pope said. “We are used to hearing everything about everybody and we risk slipping into a worldliness that atrophies the heart. And there is no bypass (surgery) to fix that, only silence.”

For Christians, the desert isn’t a place of death, but of life, “because being in silence, in dialogue with the Lord, gives us life again,” he said.

Pope Francis asked that people strip away the superfluous and unnecessary in their lives so they could find what really counts, what is essential and even rediscover the people already by their side.

Fasting is part of that process, he said, because it exercises the ability to go without things that are excessive or frivolous.
Making time for silence and solitude will also help the faithful become more aware of those who suffer silently around them, the pope said.

Lent is a time to draw near to those who are alone, abandoned, poor or elderly and anyone else in need of help, he said.
“Prayer, fasting and acts of mercy — this is the path of the Lenten desert,” because it is only in the desert that one finds the way from death to life, the pope said. “Let us follow Jesus in the desert and with him our deserts will bloom.”

At the end of the general audience, the pope gave special greetings to visitors from Iraq, emphasizing how his prayers were with them and all people in the nation, which is “a battleground” of war and conflict.

“I pray for you and pray for peace in your country, which I had been scheduled to visit this year,” he said. It would have been the first visit by a pope to Iraq, where tradition holds Abraham was born. 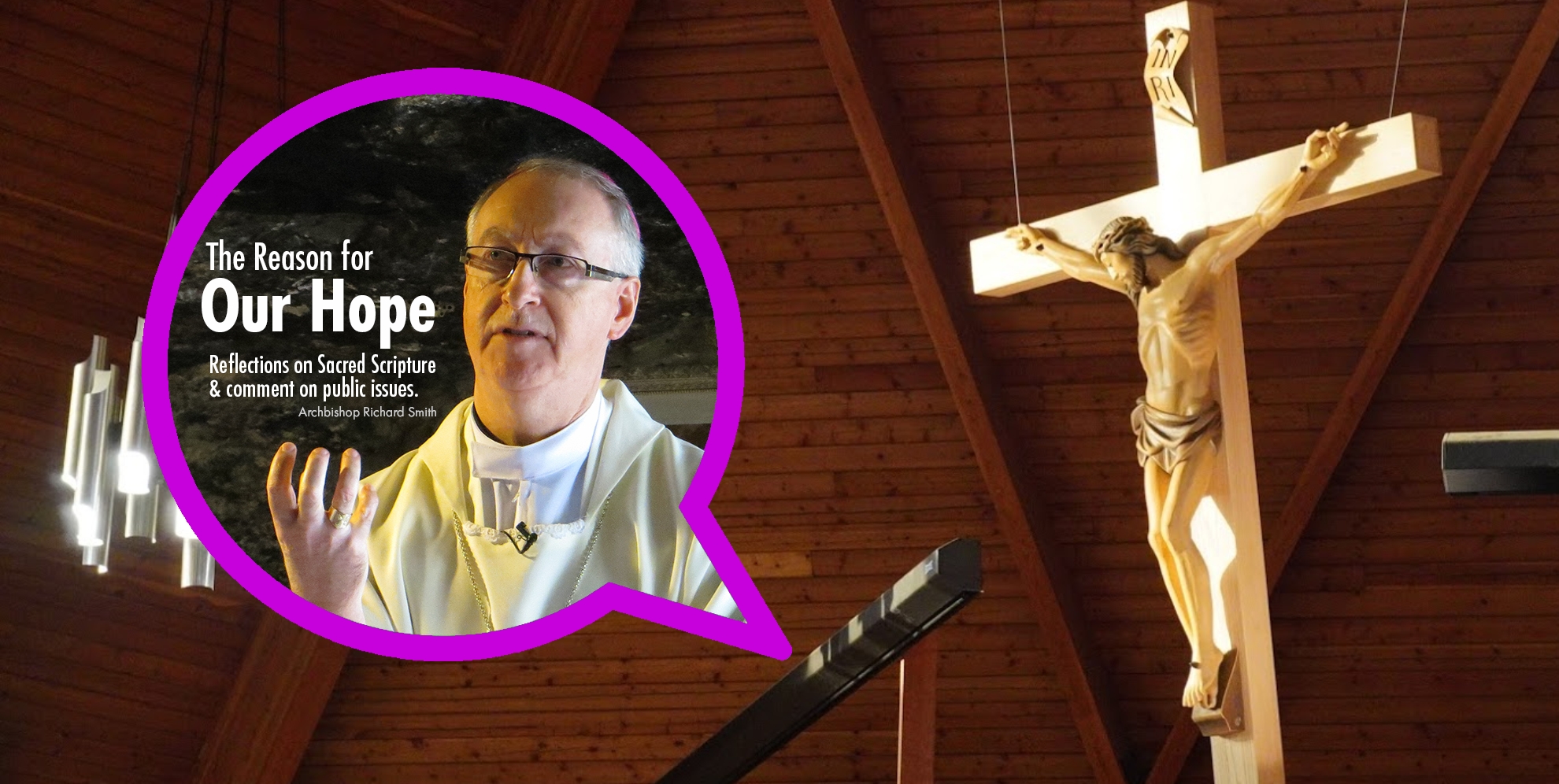 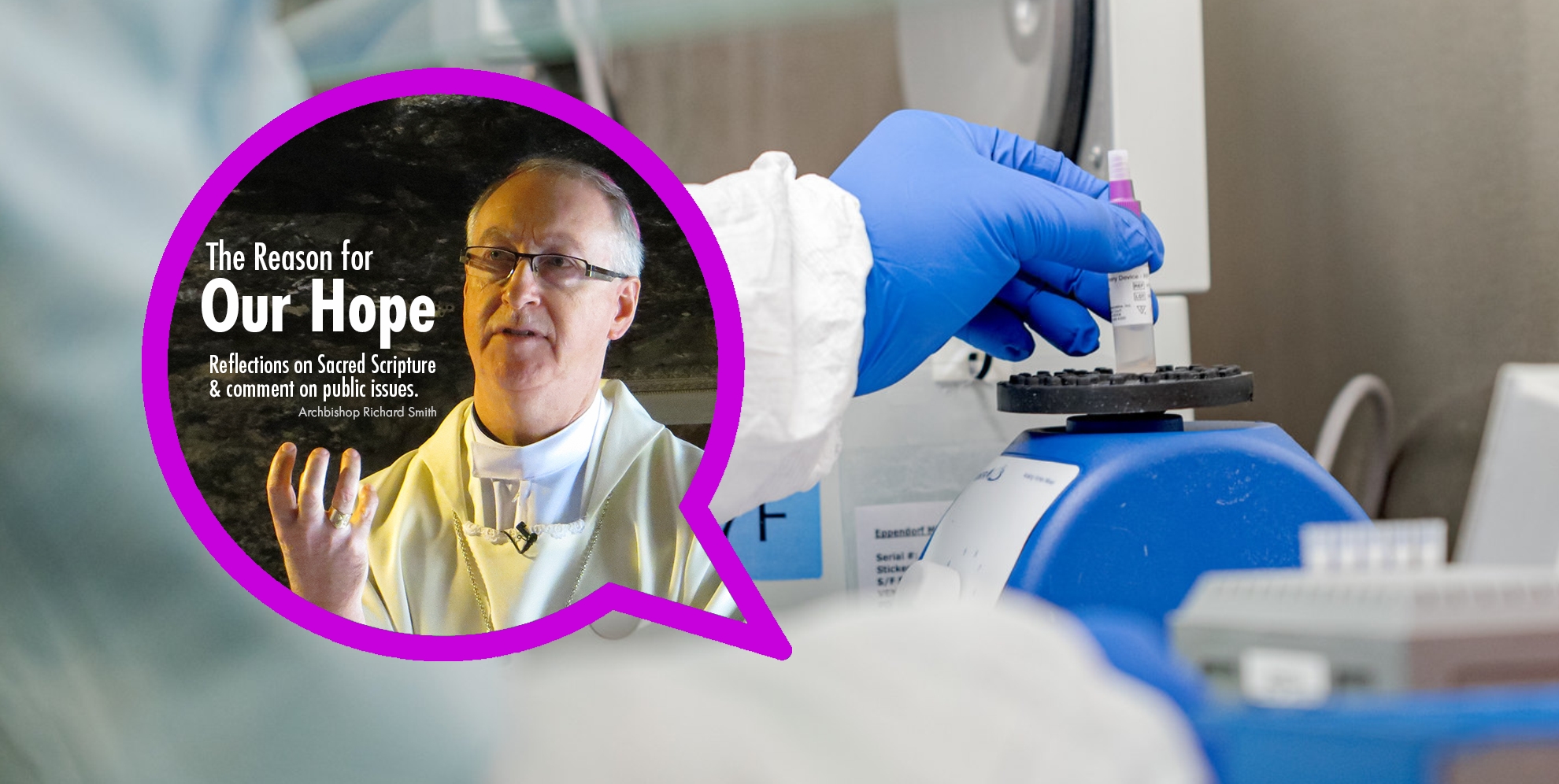 Archbishop Smith: “We’re All in this Together”