Skip to content
Quebec’s Superior Court has ruled that some aspects of the province’s controversial secularism law Bill 21 infringe on language rights and must be scrapped while rejecting legal challenges to overturn the bill. Christine Muschi, Catholic News Service

Quebec’s Superior Court has ruled that some aspects of the province’s controversial secularism law Bill 21 infringe on language rights and must be scrapped while rejecting legal challenges to overturn the bill.

In a 242-page ruling released April 20, Justice Marc-André Blanchard said the Quebec government does have the power to require that government employees not wear any religious symbols while at work. The restriction means that public workers such as teachers and police officers must dress in a secular manner when they are working in an official capacity.

Most of the organizations and legal teams behind the legal challenge against Bill 21 said they were reviewing the ruling. The National Council of Canadian Muslims (NCCM), the Canadian Civil Liberties Association (CCLA), and a university student involved in the case had yet to comment.

Montreal’s English language school board was also one of the groups challenging the law, but its challenge to the law was more successful. The court ruled that Bill 21 does not apply to English schools because of existing minority language rights that are covered under Section 23 of the Canadian Charter of Rights and Freedoms.

The civil liberties association and the council of Muslims joined forces immediately after Quebec’s Bill 21 became law and were the first groups to launch a legal challenge. The law has been severely criticized in Quebec and across Canada by religious groups, human rights organizations, and some politicians for infringing on the religious freedoms of Canadian citizens.

After the initial court challenge was launched, other challenges were filed, including by the largest English language school board in Quebec. All those cases were merged into one multi-faceted case at Quebec Superior Court.

Many human rights and religious groups have been calling on Ottawa to intervene in the legal challenges to Bill 21, but so far the Trudeau government’s position has been to stay out of the matter while holding out the possibility of getting involved if it eventually ends up in Canada’s Supreme Court.

Both the CCLA and the NCCM said previously that they know the court fight against Bill 21 could go on for years and that they were prepared to fight the law as long as necessary.

“We know this has the potential to go all the way to the Supreme Court, and we could be looking at a long battle of five-to-seven years,” a statement on the CCLA website said, adding “and we will fight this to the very end.” 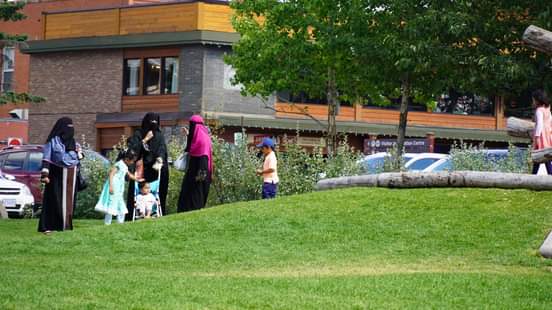