Faith leaders in Edmonton are speaking out against Quebec’s Bill 21, which would ban public servants from wearing religious attire or symbols, saying it’s an outright challenge to the constitutional right to religious freedom.

Just as the legislation began making headlines, Archbishop Richard Smith met March 29 with leaders and members of Edmonton’s Muslim community at the Rahma Mosque. It was one in a continuing series of meetings between the two faith communities. After the meeting, the Archbishop was also granted the rare honour of addressing the faithful in the mosque prayer space just prior to their Friday prayers.

“One of the things we are seeing increasingly threatened in our society right now is the constitutional protection for freedom of religion.”

The message of protecting religious freedom was the biggest takeaway from their meeting at Rahma Mosque, said Masood Peracha, chairman of the Edmonton Council of Muslim Communities.

“To exclude faith from any part of society — that’s the kind of thing that I think would be a negative step. If that philosophy gains a foothold in one province, who knows how much it can permeate through other areas? Before you know it, you’re restricting all kinds of freedoms in the name of secularism.”

Peracha said he hopes the growing relationship between Catholics and Muslims can demonstrate a positive religious presence that will protect Alberta’s religious communities from legislation like Bill 21.

The Quebec legislation would prohibit public servants, including police officers, teachers and others, from wearing religious clothing or symbols. Premier Francois Legault has defended the legislation as a way of ensuring the separation of church and state.

However, the legislation contradicts the very foundations of both religious freedom and what it takes to live an authentic life of faith, says Father Deacon Andrew Bennett, who was Canada’s first and only Ambassador for Religious Freedom from 2013 to 2016.

“It sends a message about what society should be, and whether all of us can fully be who we are in the public square,” said Bennett, who is now director of the Cardus Religious Freedom Institute.

“From the Archbishop of Montreal to a new Muslim immigrant wearing a hijab — if you want us to have a robust and deep common life, where we can live next to our neighbours and truly feel equal, then you can’t seek to restrict people’s abilities to fully be themselves.”

Bennett said the idea that faith is a private matter is a myth, and Catholics in particular — through baptism — have a responsibility to live a public faith which is not always easy.

“When you believe something, you live it out. Your actions are informed by your deeply held beliefs. For government to think we can’t have that … it has a dehumanizing effect. You’re saying to people, ‘You don’t count’, or ‘You don’t count as fully as others,’ ” Bennett said.

Archbishop Smith said faith communities working together effectively to address the common good can set a positive example for faith in the public realm. The Capital Regional Interfaith Housing Initiative, for example, is a diverse group tackling homelessness in the Edmonton area.

“That’s where we can really show that religion has an enormously positive potential for society,” Smith said. “If we can show the difference that faith communities make when they come together for the common good — that’s the beacon that’s going to push back against the threats and the misunderstandings of what freedom of religion really means. The more we think about this, the more expansive the potential will be to work together.”

Bennett agreed that growing the bonds between other faiths is a constructive tool, especially at a time when religious freedom is facing possible restrictions.

“As Catholics, we are called to speak openly and publicly about what believe and why we believe it, in love, in charity and in humility,” said Bennett. “Our Muslim and Jewish fellow citizens who wear their faith openly  ̶  they’re often our greatest ally. They can help point out to us what we need to live out that public faith.”

Bennett said the Quebec legislation and other controversies — including proposed changes to the Canada Summer Jobs program and the Supreme Court’s decision on Trinity Western University’s community covenant — indicate a risk of a growing imposed secularism in Canada.

“Quebec is culturally distinct, but there are obvious pressures within our society, especially from political elites within Canada, looking to change how people live out their faith publicly.”

Quebec’s protection of its pluralistic and francophone culture has caused concern and hostility towards immigration and minority groups in that province, but even its Catholic heritage is being questioned.

City councillors in Montreal recently announced that a crucifix that has hung above city hall since 1937 will be permanently removed. Both mayor and council members voiced support for this decision, stating it will make for a more “secular, neutral and open” society. Legault’s provincial government is also considering removing the crucifix about the speaker’s chair in the national assembly.

Bennett said this type of language further perpetrates the hypocrisy in these rulings.

“This also points to this myth that the state is somehow neutral in its values,” he said. “If you’re asserting a radically secular state – that is a belief system, that’s not neutral. That’s an imposed set of beliefs in the same way if you had a Muslim, Christian, or Jewish state.”

Bennett said Bill 21 is reminiscent of a long-standing debate in Quebec around an open or closed secular society.

Montreal-born philosopher Charles Taylor defined closed secularism as the state prohibiting religious expression in public. In an open secular society, the state doesn’t have a particular religious belief or affiliation, but it allows people to inhabit and freely express their faith in public.

“We can’t force people to hide who they are.” 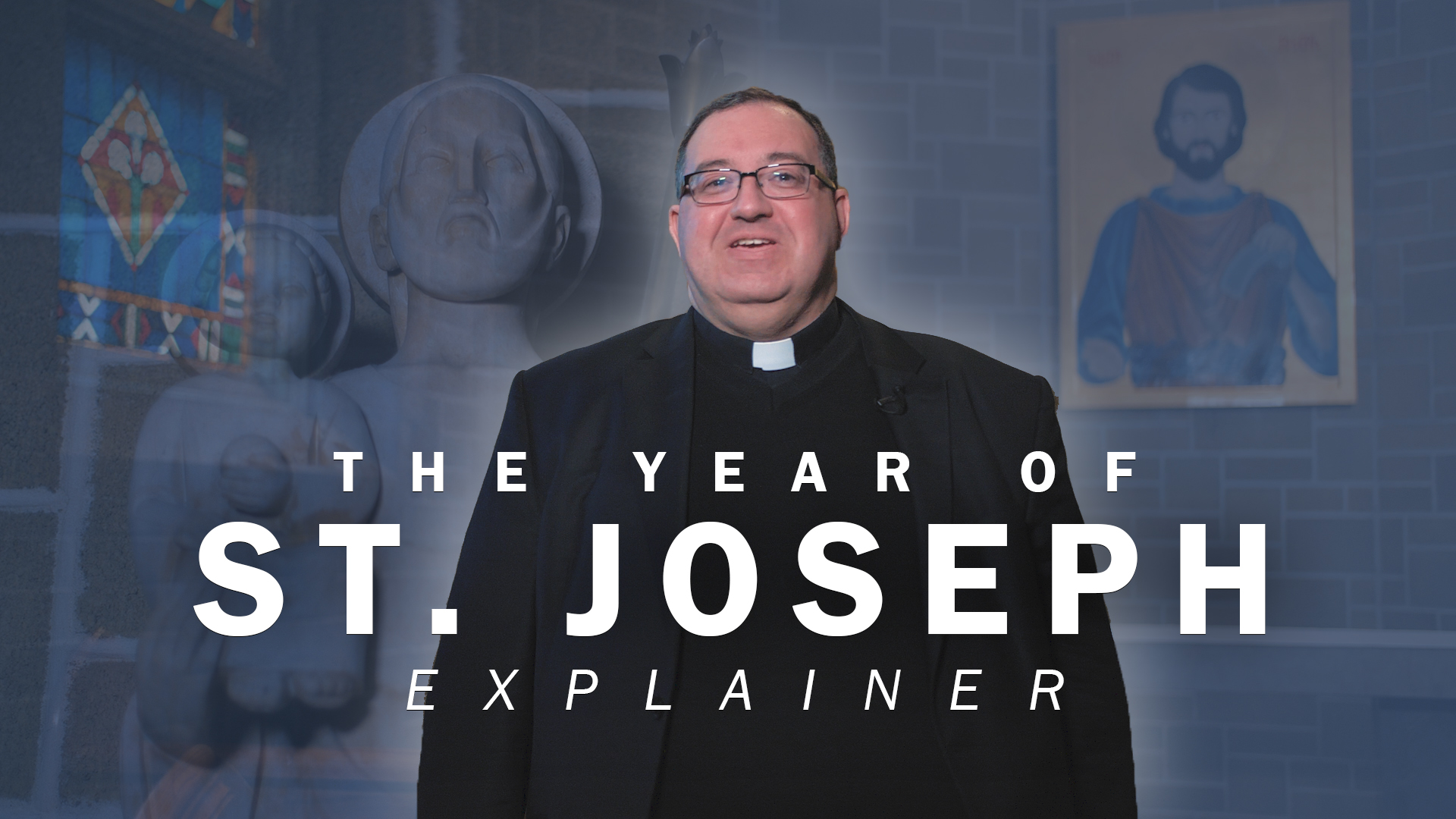 The Year of St. Joseph Explainer

One thought on “Quebec’s Bill 21 a disturbing development for all people of faith, Archbishop Smith tells Muslim gathering”