Nearly 20 Redemptorist priests from across North America have descended on the Grouard-McLennan Archdiocese for an unprecedented program of faith renewal.

The missionary priests are working in two teams to give parish missions to all the Catholic communities throughout the northwestern Alberta archdiocese.

The missions will take place over the weeks of Nov. 7-10 and Nov. 14-17. Ten missions will occur simultaneously during these weeks.

The Sower Sows the Word is the overall theme of the archdiocesan-wide mission.

“The mission is an occasion to feed spiritually not only those who regularly share in the life of faith, but also to reach out to those who are on the edge of the parish’s activity,” says an article on the archdiocese’s website.

“This is an opportunity for individuals and the whole community to reach out a welcoming hand.”

This regional mission concept, where a mission is preached to 20 communities in two weeks, is unheard of in Canada but has proven effective in the United States, said Redemptorist Father Ed Eherer, associate pastor of St. Joseph’s Parish at Grande Prairie and a member of the mission team.

Eherer said Archbishop Gerard Pettipas launched the mission as a way to revive the faith of the people in his large archdiocese.

“The archbishop was quite keen to ask the Redemptorists to come as a way of bringing the Good News and trying to get people excited about their faith again.”

Eherer said the hope is that God will speak to the hearts of many people. “It’ll be a shot in the arm for those who attend church regularly but it will also be an opportunity for those who may have been away from the Church for a while (and are on their way back).”

Redemptorist priests are coming from various units in the United States as well as some from Quebec. “There’s going to be some of our own Canadian Redemptorists who will be preaching as well.”

Some parishes will have English and French missions. St. Joseph’s Parish in Grande Prairie, the archdiocese’s largest centre with about 9,000 parishioners, will have missions in English, French and Spanish.

“It’ll be sort of a preached mission,” Eherer explained.

“Of course there will be opportunities for music, for liturgical actions and then it’ll culminate in kind of a big closing Mass at the end of the mission particularly in honour of Mary under the title of Our Mother of Perpetual Help because that’s kind of our Redemptorist thing.”

Grande Prairie will also offer a program for teenagers and young people.

“We do see this fitting into the mission of evangelization, proclaiming the Good News to the people of this archdiocese,” Eherer said.

Grande Prairie has been planning for the mission for many months.

“It’s a blessing and a curse to be in such a big centre because it means nothing is simple in terms of planning,” he laughed. “But we are certainly gearing up for it; we are getting very excited about it.”

Added Eherer: “My hope is that God is going to bring out the regular people but also bring out those people who might have been away from the Church for a while.”

Oblate Father Robert Filion, a St. Albert priest who is replacing the regular priest at High Level, said the Our Lady of Good Counsel parishioners are happy and excited to have the Nov. 13-17 mission.

“The (missionaries) are going to have something every evening,” Filion noted.

“On Sunday night they are going to talk about faith, on Monday about redemption, on Tuesday about the call to conversion and on Wednesday about Eucharist and discipleship.” There will also be Mass and Confession.

Filion said the 130-family parish has not had a retreat for many years. “So this is kind of a renewal to strengthen the parish’s faith.”

Neighbouring centres are also being invited to the High Level mission because only one Redemptorist missionary will be coming to the area.

Father Sebastian Kunnathuparambil, pastor of St. Rita Parish in Valleyview, said he is excited about the opportunity for renewal that the mission represents.

“That’s the main thing I’m looking for (from this mission) – the renewal of our faith,” he said Nov. 1.

Kunnathuparambil said several of the 150 registered families at St. Rita have been helping him organize the event.

Following the mission, there will be courses and workshops on faith formation at St. Rita, he said. 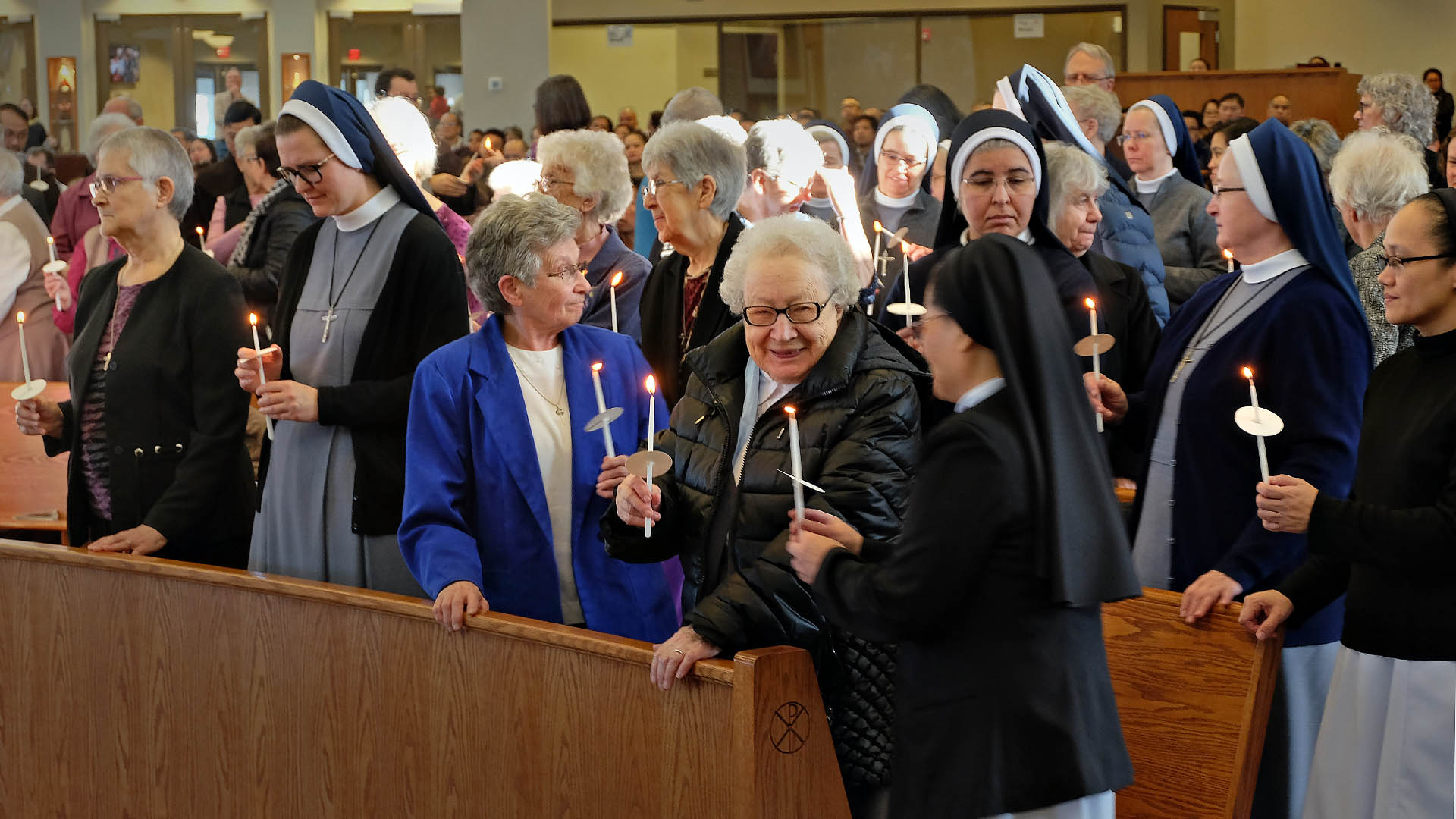 Noticed or not, religious sisters are the hands, feet, eyes of Jesus in the world