Skip to content
Bishop Lionel Gendron and Cardinal Thomas Collins appeared Oct. 30 at the Justice Committee to urge the government to keep protections for religious leaders and services in the Criminal Code. Canadian Catholic News

Protections for religious officials and religious services in an amended Bill C-51 passed the House of Commons Dec. 11 on third reading and is now before the Senate.

The omnibus Justice bill removes obsolete or redundant parts of the Criminal Code, such as blasphemy laws or laws against dueling and witchcraft. It had also deleted Section 176 of the Code that specifically protected religious officials from being obstructed or threatened while carrying out their duties, and religious services from disruption.

However, many religious leaders intervened at the Committee stage, including the president of the Canadian Conference of Catholic Bishops (CCCB) Bishop Lionel Gendron of Saint-Jean-Longueuil, and Cardinal Thomas Collins of Toronto.

The Justice Committee amended the bill to restore those protections in the Criminal Code with some minor updating of language to make the terminology more inclusive of other religions and officials of both sexes.

“As the minister said when she appeared before the committee to discuss the bill, the repeal of section 176 would, in fact, not leave a gap in the criminal law’s ability to meaningfully respond to the conduct captured by this offence,” MP Marco Mendicino, parliamentary secretary to the Justice Minister told the House of Commons Dec. 11.

“She also said that its removal would not in any way undermine the ability of Canadians to practice their faith freely and free from violence. Both statements remain true today.”

“At the same time, we appreciate and acknowledge that for many stakeholders, the removal of the offence would send the wrong message and that in an era when xenophobia and religious intolerance are all too frequent, Parliament has a responsibility to ensure that its actions do not, directly or indirectly, provide opportunities for the promotion of such intolerance,” he said.

“Our government was listening carefully to members of the religious community, and I am pleased to say that we will support not only the retention of section 176 but an expansion of that section to ensure maximum inclusivity.”

The Catholic bishops had expressed “grave concern” over the removal of Section 176 at the Justice Committee hearing of Oct. 30.

“We believe attacks on religion are not like other attacks against public safety — they are not only more grave but threaten the essence of democracy itself,” Bishop Gendron had told the committee.

“This is because religious freedom is the cornerstone of human rights.”

“If the recent rise of hate crimes and prejudice against religious believers in Canada is any indication of the dangers that lie ahead, the removal of this clear and unequivocal section of the Criminal Code will make it harder to protect millions of Canadians who are active members of their faith communities,” Bishop Gendron said.

The section “covers conduct not otherwise covered” in the Code, Cardinal Collins told the Committee via videoconference from Toronto.

“We must recognize that there are ways to ‘willfully disturb’ a religious service without screaming or shouting. A silent protest, unfurling a banner, blocking a procession, etc. can all prevent communal prayer and worship from taking place.”

“We accept the right of people to peacefully demonstrate” in public places but at the same time “congregations have a right to gather without being impeded,” the cardinal said.

The CCCB later signed an interfaith letter including Muslim, Jewish, Hindu, and other faith leaders urging the government not to delete the protections.

Bill C-51 also strengthened sexual assault provisions in the Criminal Code and protections for victims, so evidence of past sexual conduct cannot be used against them to imply consent. 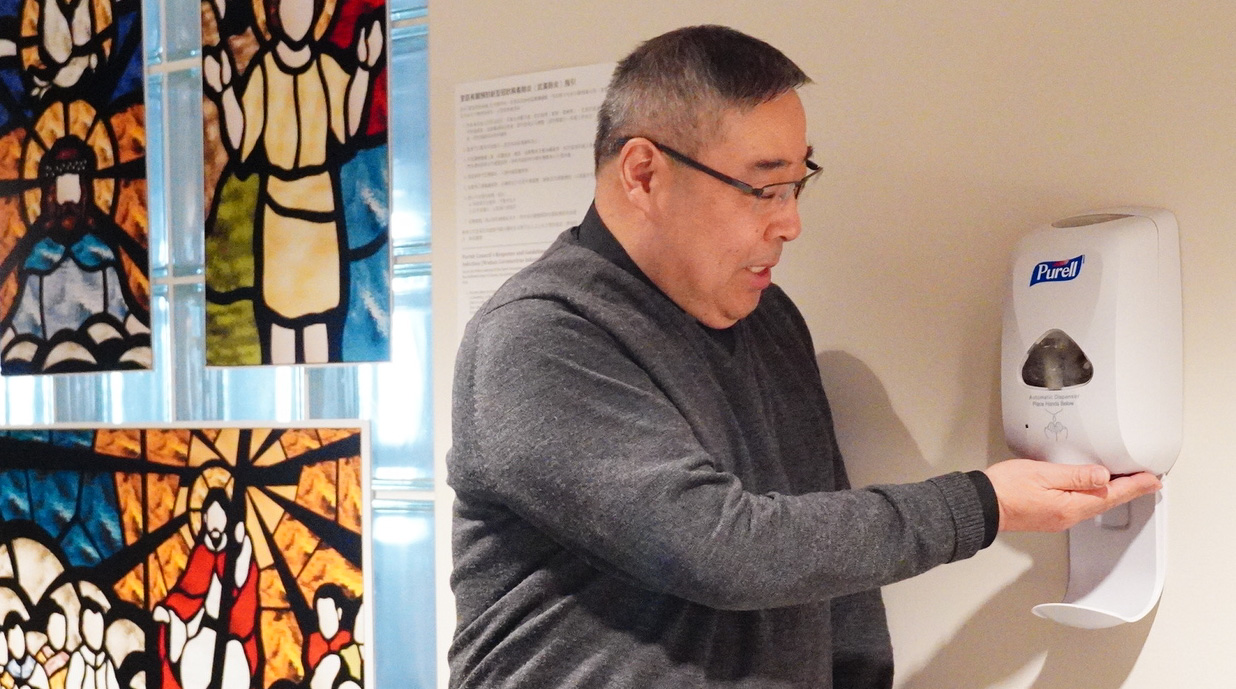