Some years ago at a religious conference a man approached the microphone and after apologizing for what he felt would be an inappropriate question, asked this: “I love my dog. When he dies will he go to heaven? Do animals have eternal life?”

The answer to that might come as a surprise to many of us, but, looked at through the eyes of Christian faith, yes, his dog can go to heaven. It’s one of the meanings of Christmas.

God came into the world to save the world, not just the people living in it. The incarnation has meaning for humanity, but also for the cosmos itself. We don’t know exactly what that means, and our imaginations aren’t up to the task of picturing it, but, because of the incarnation, dogs too can go to heaven. Is this fanciful? No, it’s scriptural teaching.

At Christmas was celebrate the birth of Jesus and see in his birth the beginning of the mystery of the incarnation unfolding in history, the mystery of God becoming human in physical flesh in order to save the world.

What we tend to struggle with though is how we understand what’s meant by Christ saving the world. Most of us take that to mean that Christ came into the world to save the people, those of us with self-awareness and eternal souls.

That’s true, but our faith also asks us to believe that God’s saving activity in the Christ extends to more than only human beings and more than even animals and other living things. God’s saving activity in Christ reaches so deep that it saves creation itself – the oceans, the mountains, the soil that grows our food, the desert sands, and the earth itself. Christ came to save all of those things too, not just us, the people.

Where, you might ask, does scripture teach this? It teaches it most everywhere in implicit ways though it teaches it quite explicitly in a number of different places. For example, in the Epistle to the Romans (8, 19-22) St. Paul writes:

I consider that our present sufferings are not worth comparing with the glory that will be revealed in us. For the creation waits in eager expectation for the children of God to be revealed. For the creation was subjected to frustration, not by its own choice, but by the will of the one who subjected it, in hope that creation itself will be liberated from its bondage to decay and brought into the freedom and glory of the children of God. We know that the whole creation has been groaning as in the pains of childbirth right up to the present time.

This may come as a surprise to us since, until quite recently, our preaching and catechesis has not often made this explicit. However what St. Paul is saying here is that physical creation itself, the cosmic world, will, at the end of time, be transformed in some glorious way and enter into heaven, just as human beings do. He’s also saying that, like us, it too somehow senses its mortality and groans to be set free from its present limits.

We need to ask ourselves this question? What do we believe will happen to physical creation at the end of time? Will it be destroyed, burnt-up, annihilated? Or, will it simply be abandoned and left empty and deserted like a stage after a play has ended, while we go on to life elsewhere?

Scripture informs us otherwise, that is, it tells us that physical creation itself, our planet earth, will also be transformed (“liberated from its bondage to decay”) and enter into heaven with us.

How will this happen? We can’t imagine it, just as we can’t imagine our own transformed state. But scripture assures us that it will happen because, like ourselves, our world, physical creation, is also destined to die, and, like us, it intuits its mortality and groans under that sentence, aching to be set free from its limitations and become immortal.

Science agrees. It tells us that physical creation is mortal, that the sun is burning out, that energy is ever-so-slowly decreasing and that the earth as we know it will someday die. The earth is as mortal as we are and so if it’s to have a future it needs to be saved by Something or Someone from outside itself.

That Something and Someone are revealed in the mystery of the incarnation within which God takes on physical flesh in Christ in order to save the world – and what he came to save was not just us, the people living on this earth, but rather, “the world”, the planet itself, and everything on it.

Jesus assured us that nothing is ever ultimately lost. No hair falls from someone’s head and no sparrow falls from the sky and simply disappears forever, as if it had never been. God created, loves, cares for, and ultimately resurrects every bit of creation for all eternity – including a beloved dog. 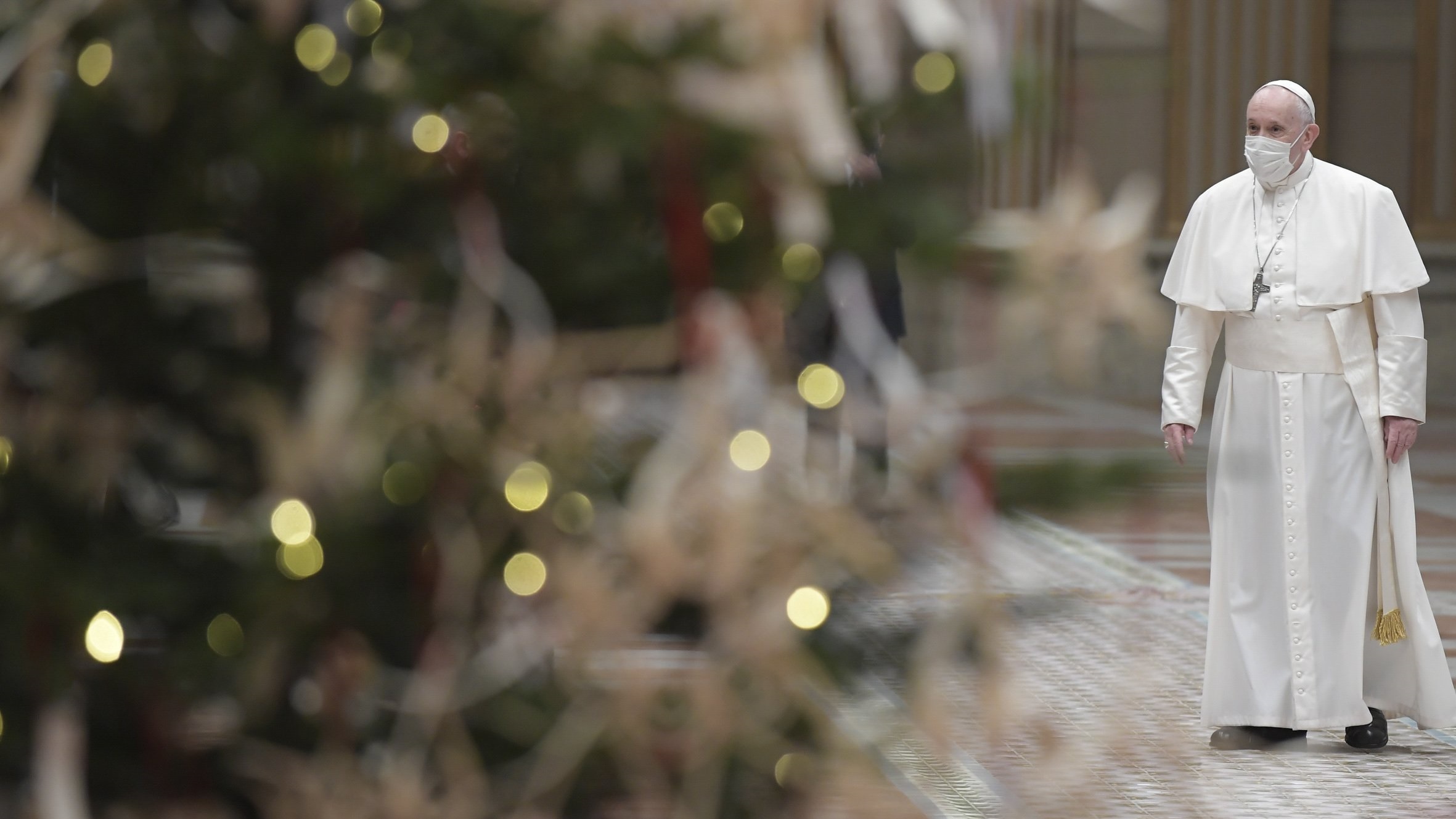 Pope on Christmas: Share hope, promote peace, give vaccine to all